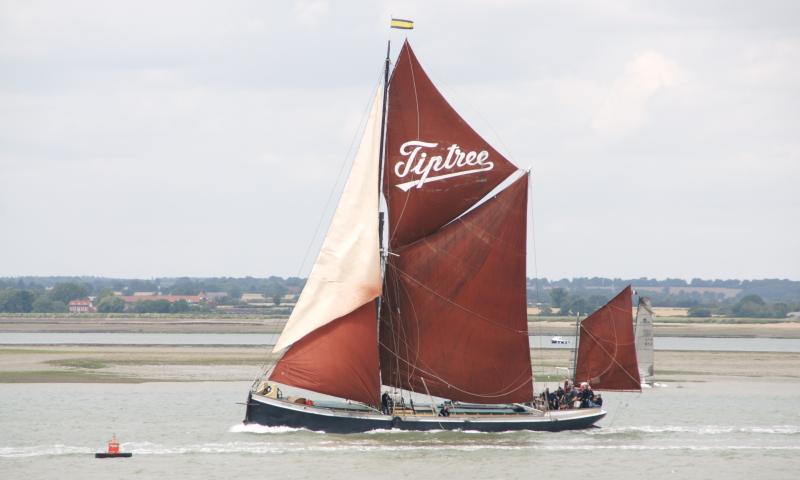 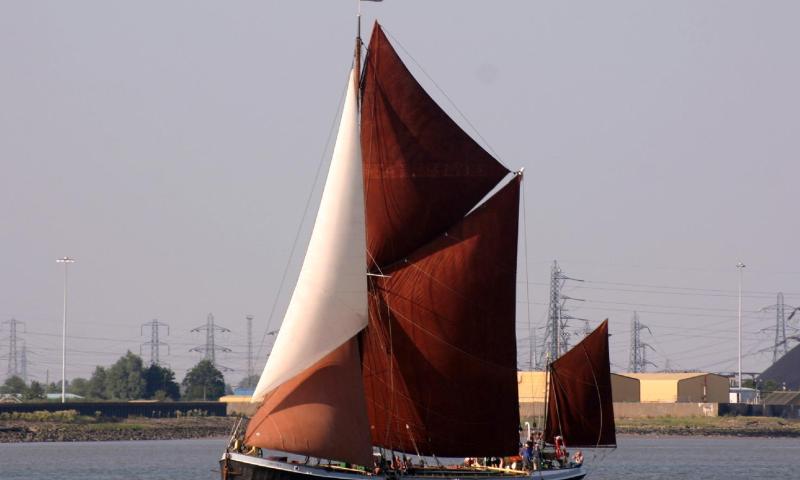 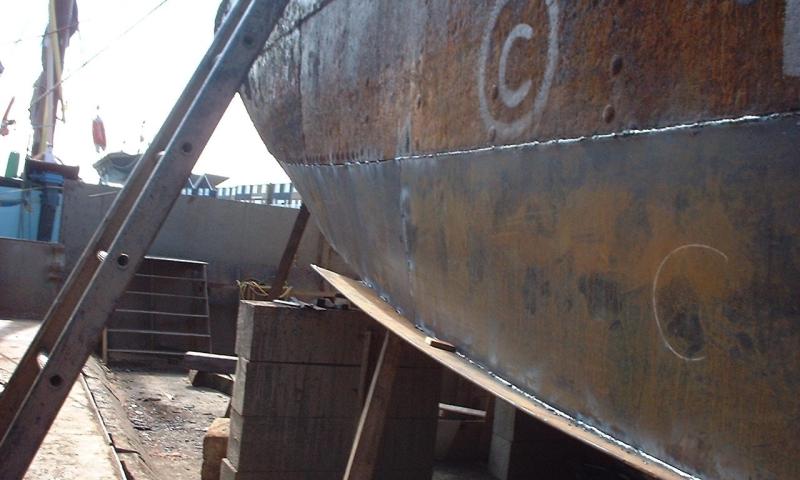 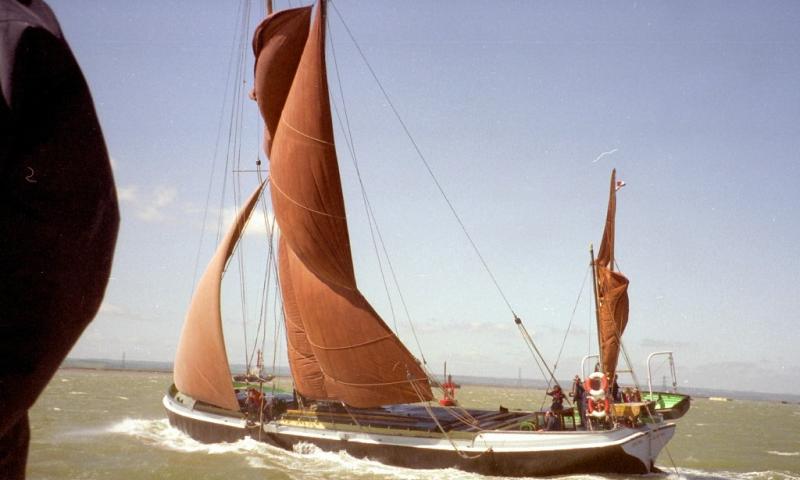 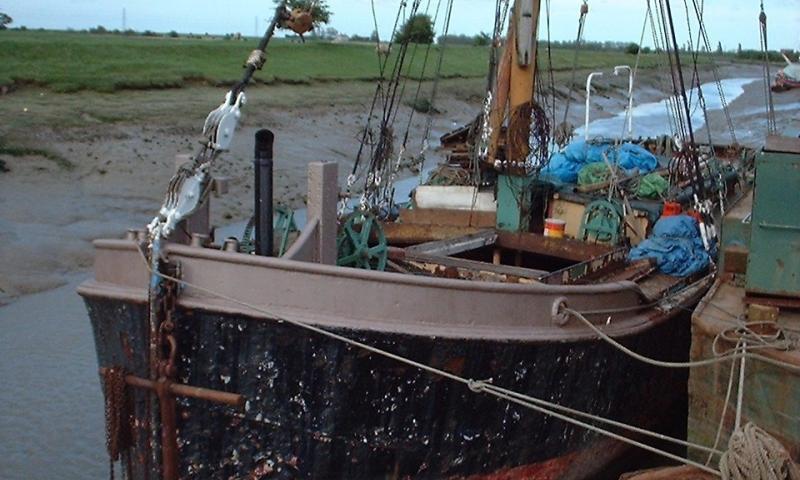 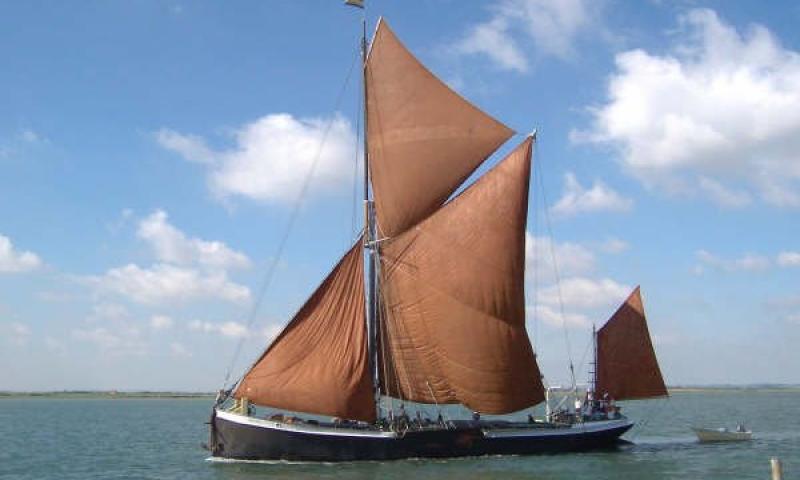 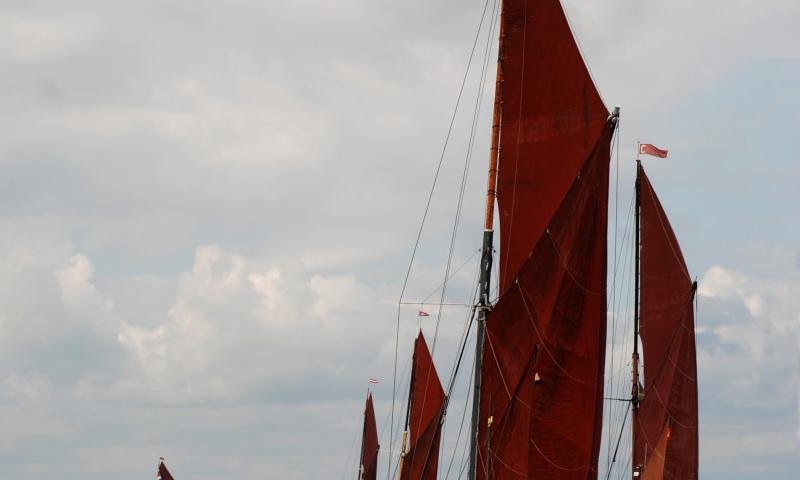 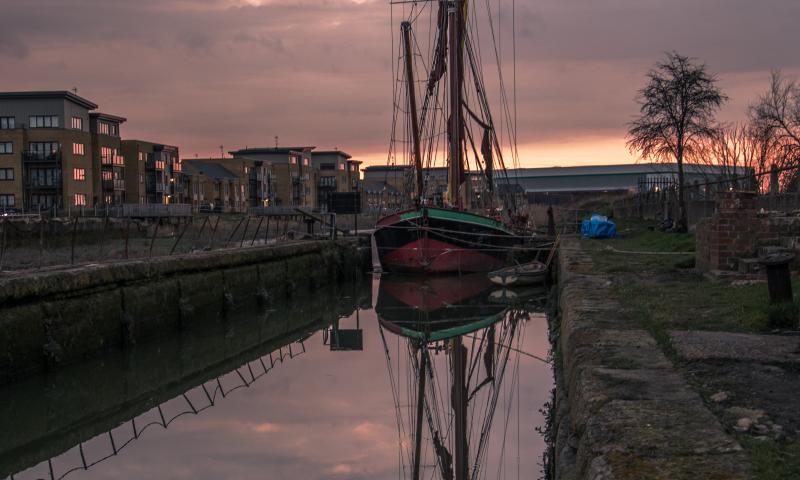 DECIMA is the only sailing example of a large number of Thames sailing barges built by F. G. Fay & Co. of Southampton from 1897-1899 for E. J. Goldsmith of Grays. She traded for Goldsmith’s in general cargo work up to approximately 1949 and was then sold to Rayfield's of Gravesend. In the 1960s, she was converted to a motor barge and bought by Greenhithe Lighterage Co (Tester Bros). She left the trade in 1977 when Dennis Wildish purchased her and was re-rigged and sailed as an auxiliary barge through the late 1970s and early 1980s. In 1996, DECIMA was sold to Jeremy Taunton and used as a houseboat on Faversham creek. She returned to sailing in early 2003 when she was bought by her current owner, and was then extensively re-plated and re-rigged to her present sailing condition. Over the past two years, the vessel has been fully restored to sailing status with new engines as well.