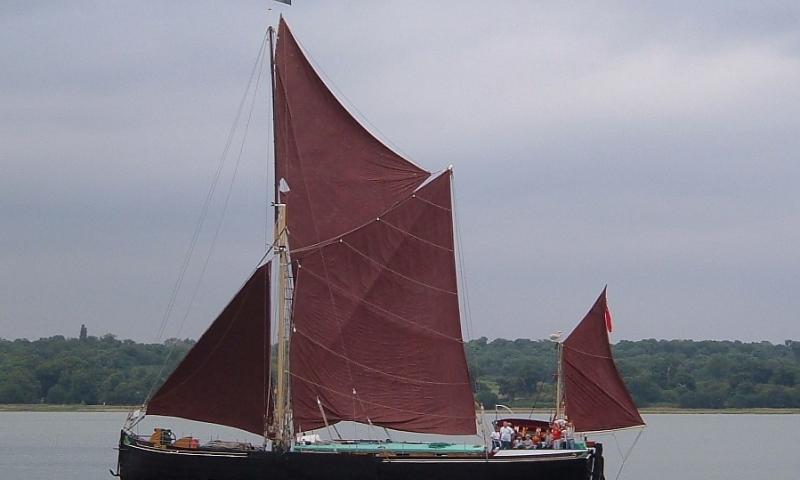 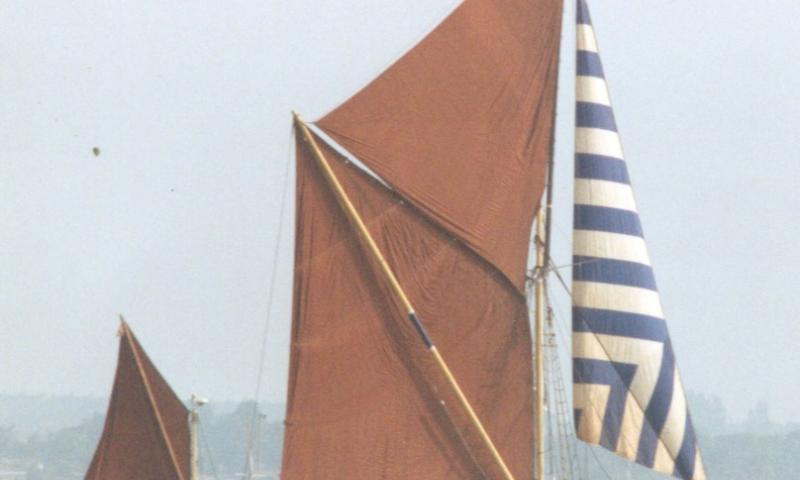 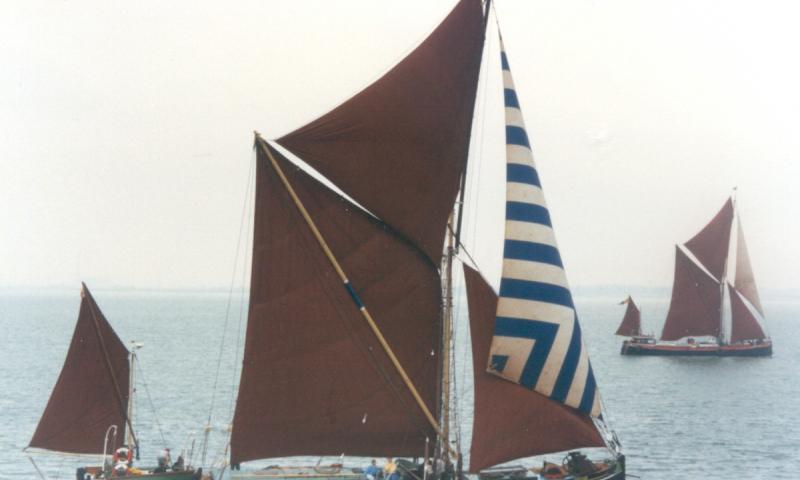 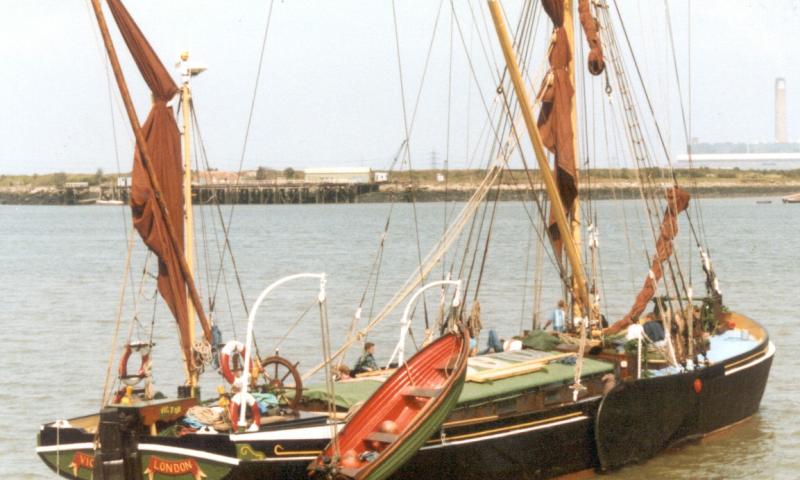 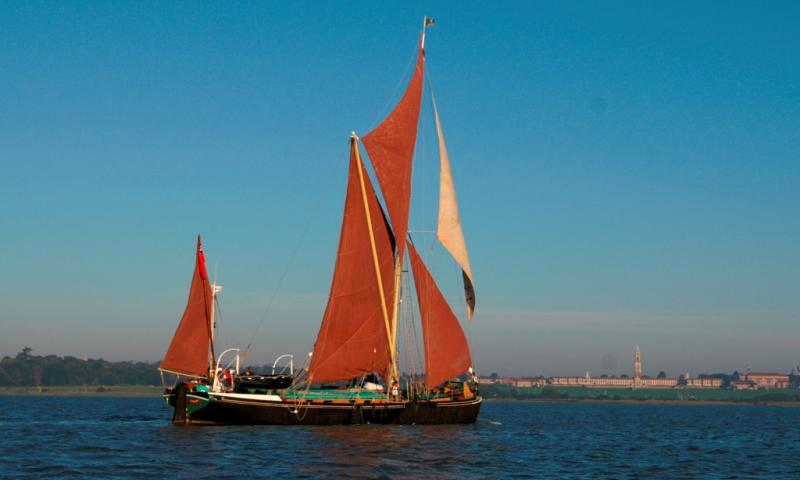 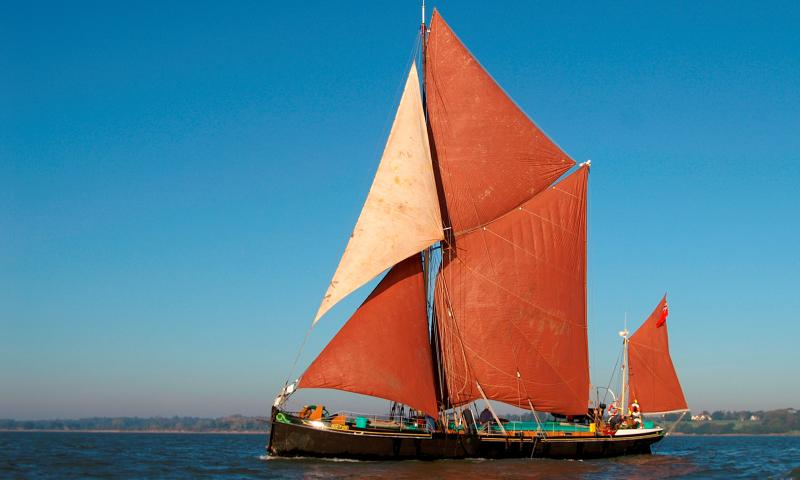 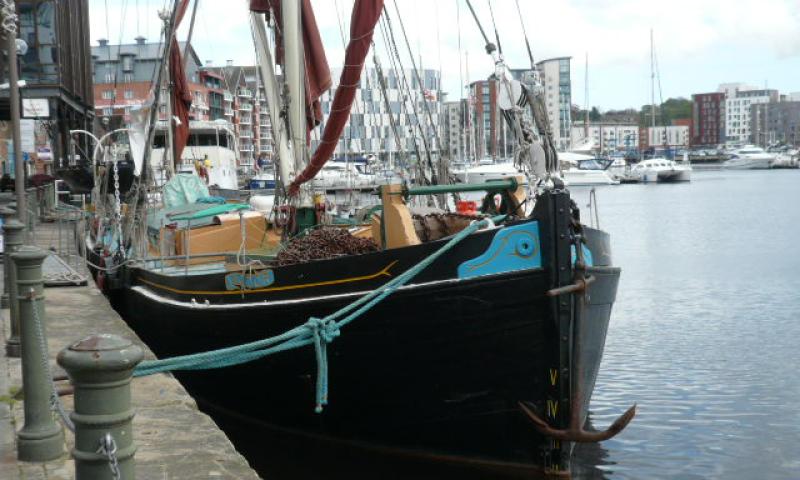 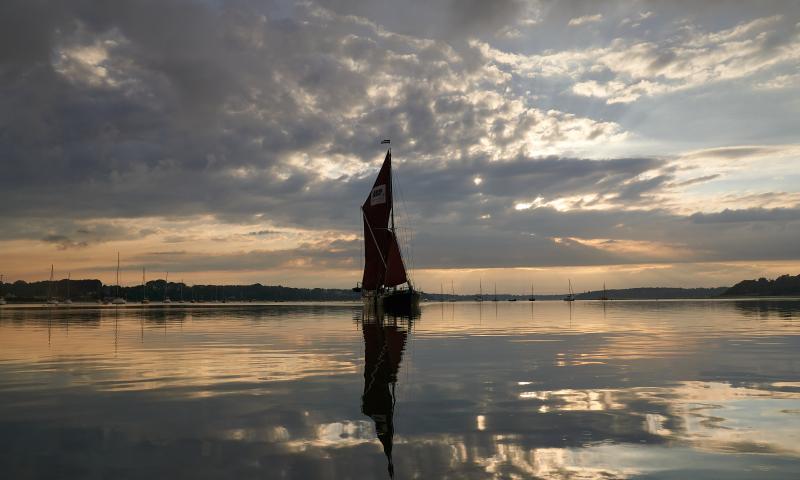 VICTOR was built of wood in 1895 by Horace Shrubshall at the Dock End Yard, Ipswich, for Owen Parry Ltd, of Colchester, who owned oilmills at the Hythe there.  Until World War II she took linseed and rape seed from farms along the east coast, or later cotton seed or groundnuts from the London docks, to the mills; and carried the finished oil in wooden barrels from the mills to London, for example to Blackfriars where it was used in varnish making. It is thought that leaks of oil from these cargoes may have contributed to VICTOR's excellent condition. From 1926 she was skippered by Felix Mallett, one of the most renowned skippers of his generation. He remained her master until Christmas 1946, when he retired after 48 years afloat (he had first joined a barge at the age of 15, having already spent five years working on farms.)

In 1932, with the closure of Parry’s mills, VICTOR was sold to the London and Rochester Trading Company for £450. During the Second World War she was requisitioned to carry munitions from Upnor to warships lying in the Medway off Chatham and Sheerness dockyards. Once loaded VICTOR would usually lay on buoys off Upnor by day and was towed downstream by night to unload. In a daylight raid she survived a bomb that fell between her and a lighter loaded with depth charges lying alongside. The blast unshipped VICTOR's cabin stove, and the shrapnel damaged her hatch covers and mainsail. She was not released from this work until 1946, when she was towed to Brightlingsea together with another barge, CHIEFTAIN. The tow was too fast and CHIEFTAIN was towed under and lost.

VICTOR was then converted to a motor barge and continued to trade with London and Rochester until 1964, when she was sold, again for £450. Successive owners were E C Day of Gillingham, J H Wizar of Margate, G Pollock of Plumstead, and Owen Emerson of Rochester. Emerson re-rigged her in 1974 and converted her to a charter barge, based at Upnor. She was sold to Nick Briggs in 1995 who operated her as a 40 passenger charter barge and floating office for his business, located mainly at Beaulieu, Hampshire (in the summer) and at Butlers Warf, near Tower Bridge, London in the winter.

In 2005 Victor was sold and she underwent a major refit at Mistley and – for dry docking – Maldon. The work included a new mast, sprit, running and standing rigging, and refurbished decks. The interior was gutted and new electric, water and heating systems, water and fuel tanks, saloon, cabins, galley and heads were installed. The refit was completed in time for VICTORto participate in the 2006 Pin Mill barge match. She regularly races in the Blackwater and Pin Mill matches, winning the staysail class in the former in 2010 and the B class at Pin Mill in 2009. In 2011 she won the wooden staysail class in the Pin Mill match.