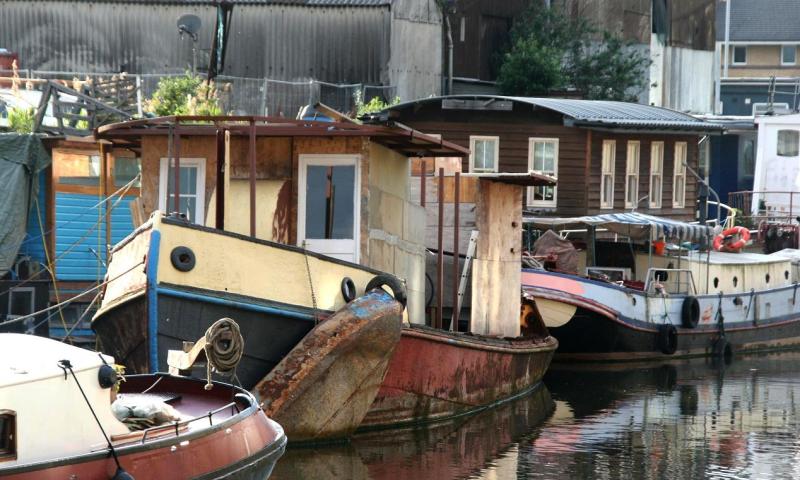 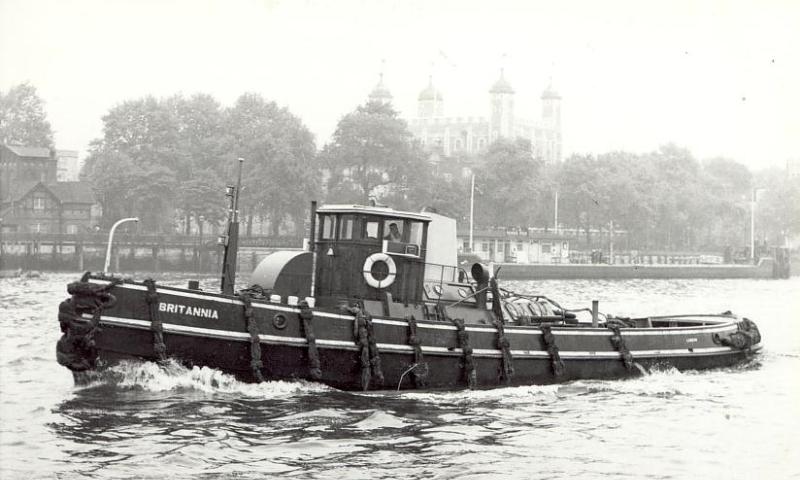 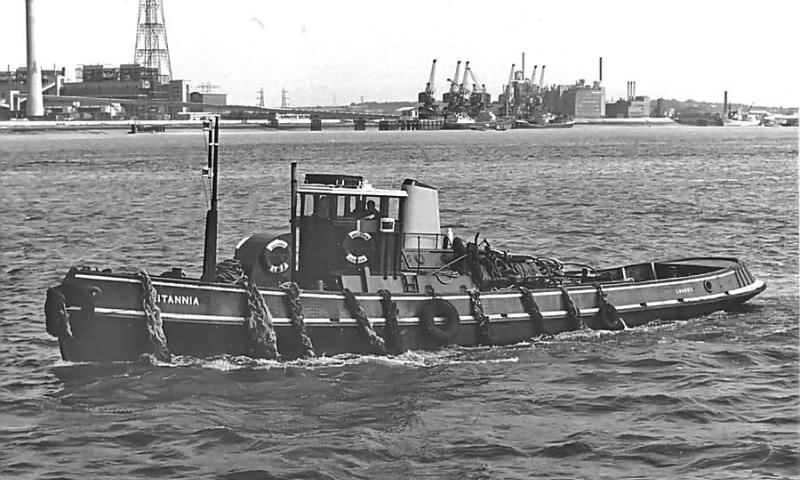 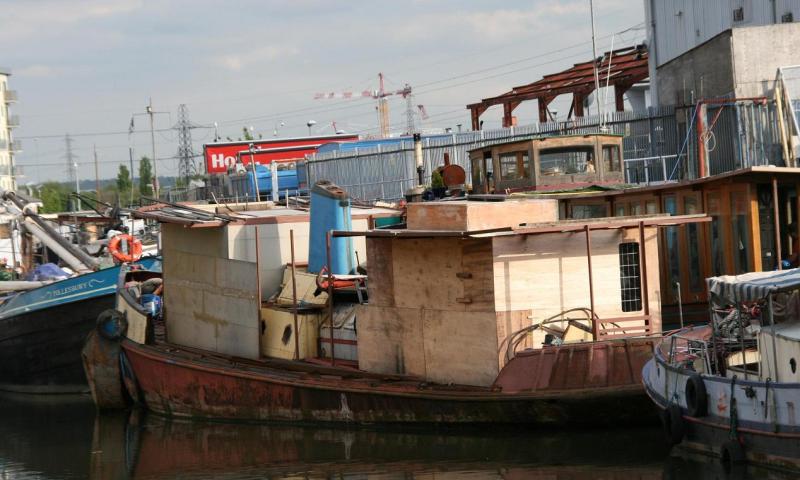 BRITANNIA was built in 1893 at the yard of J S Watson (Gainsborough) Limited. She is a tug of iron riveted construction. She was powered by steam until 1957 and then converted to a National diesel engine 360 bhp. Her first name was T.B. HEATHORN. She was delivered to the Gas Light & Coke Company London in 1893 and worked in the gas industry until 1949. She was renamed BRITANNIA in 1956 and sold to the Greenhithe Lighterage Company. At one time she was the standby tug at Tower Bridge and, as such, would have been a much photographed landmark. After further changes in ownership she was laid up in a poor state in Barking Creek. She is currently under renovation being converted to a houseboat on the River Roding in Essex.