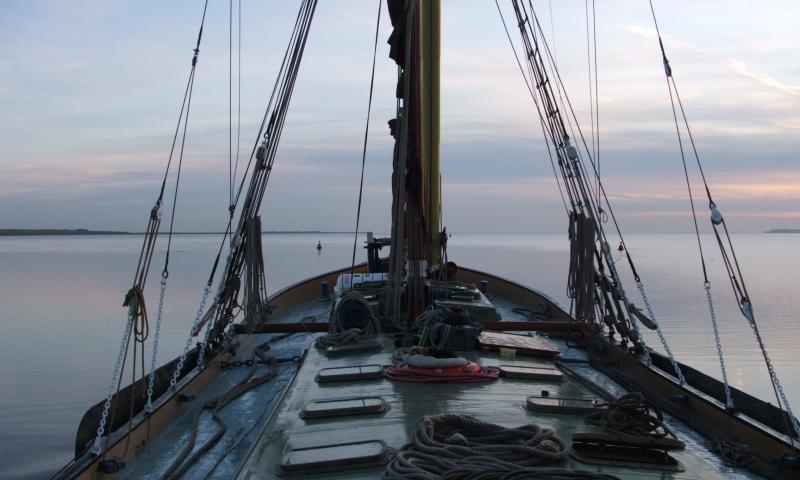 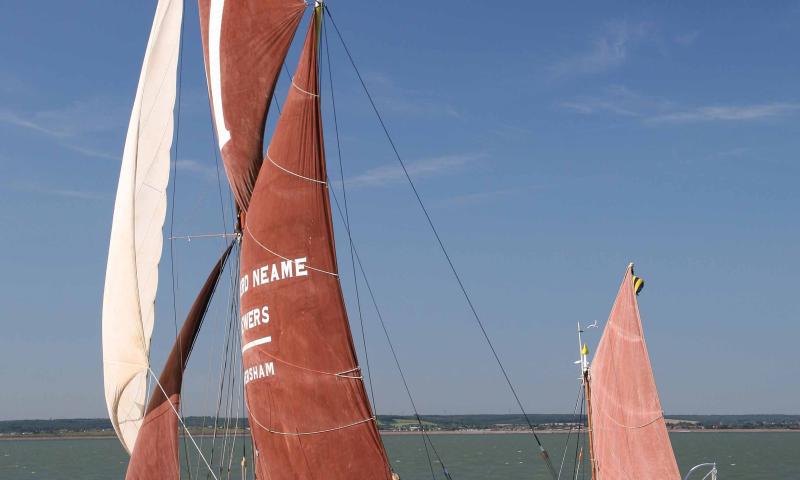 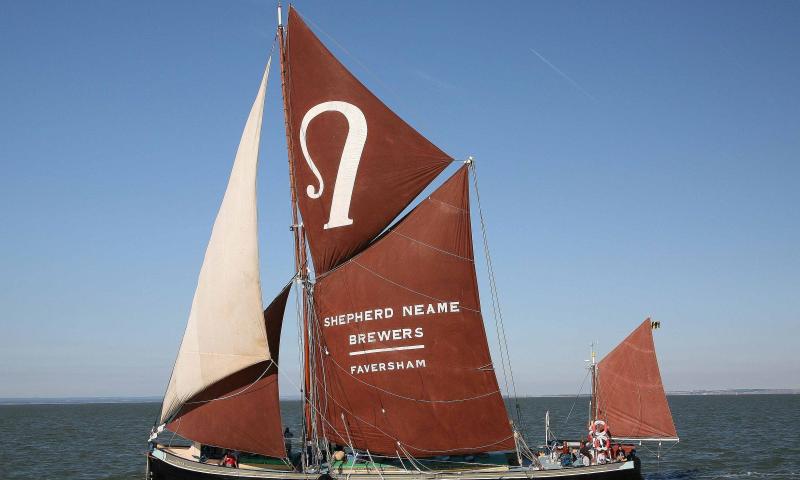 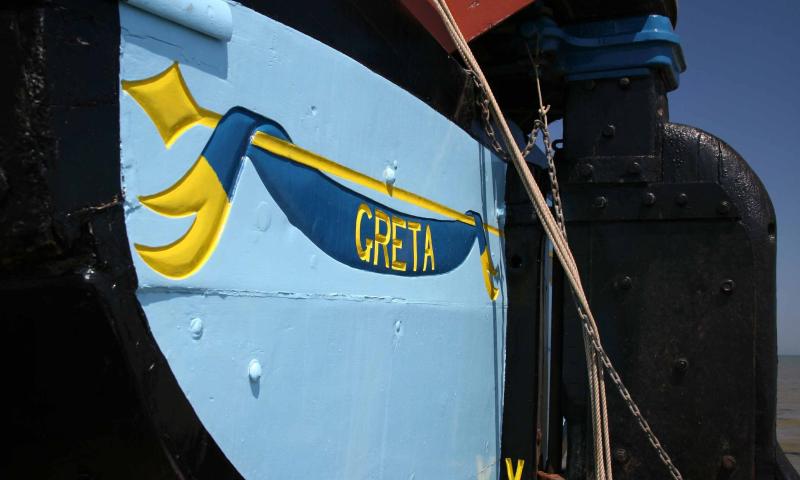 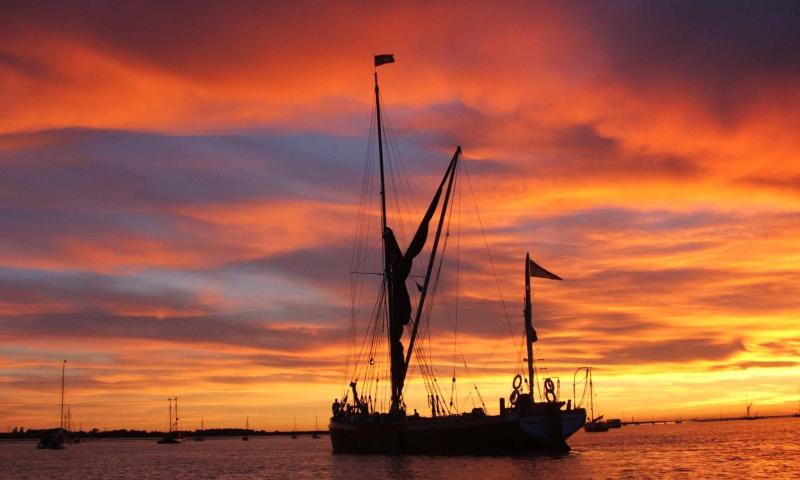 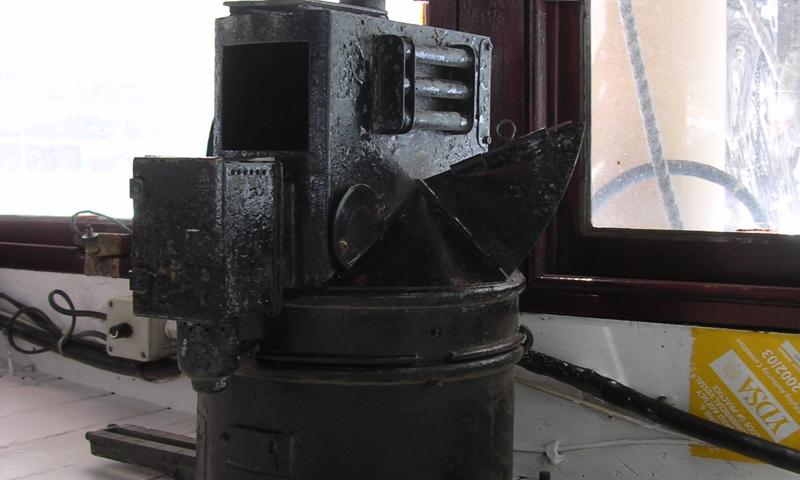 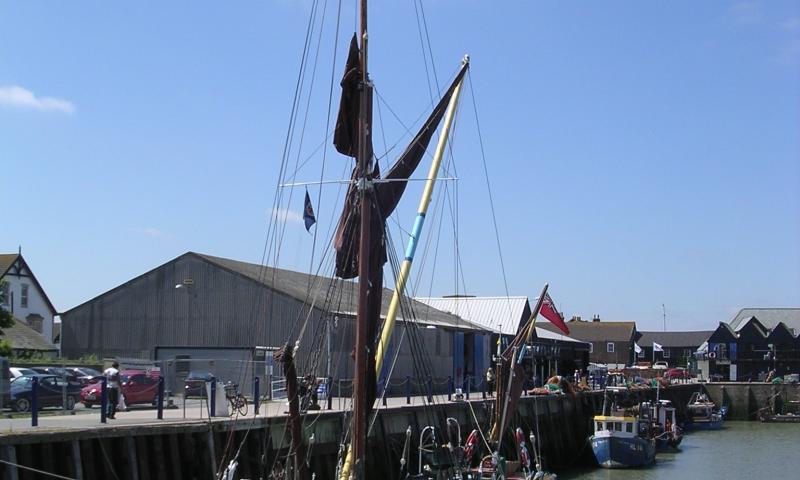 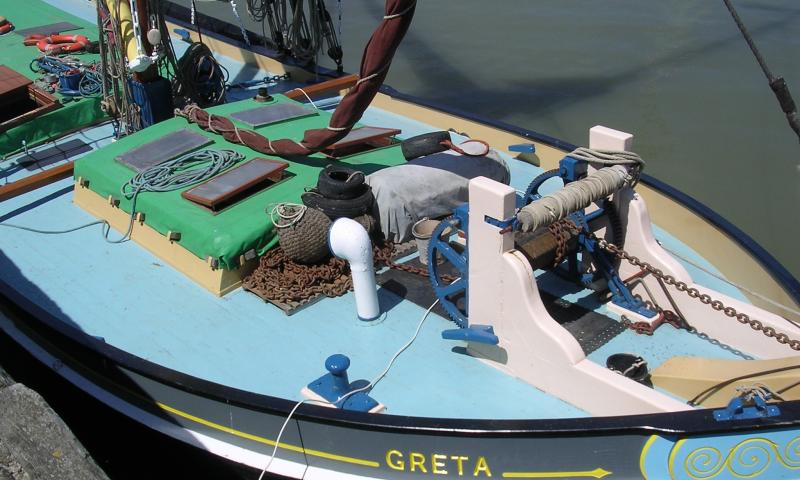 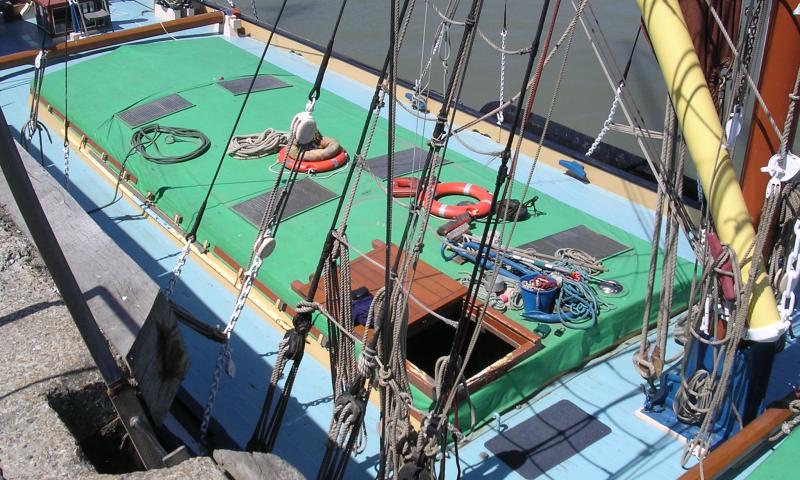 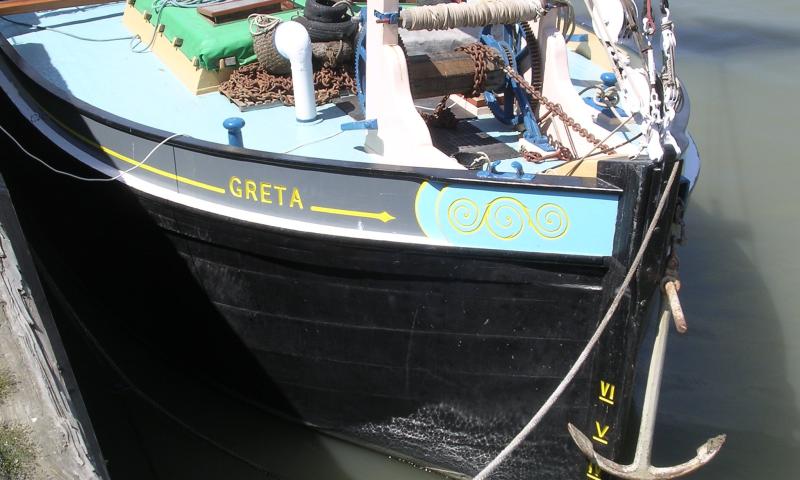 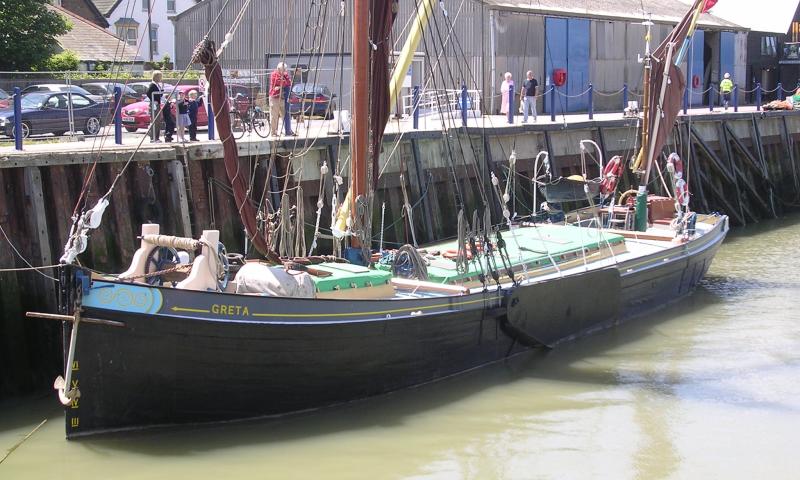 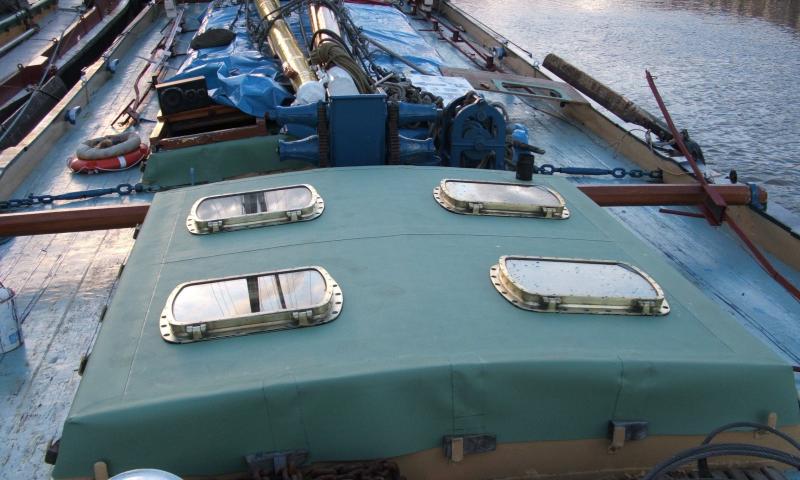 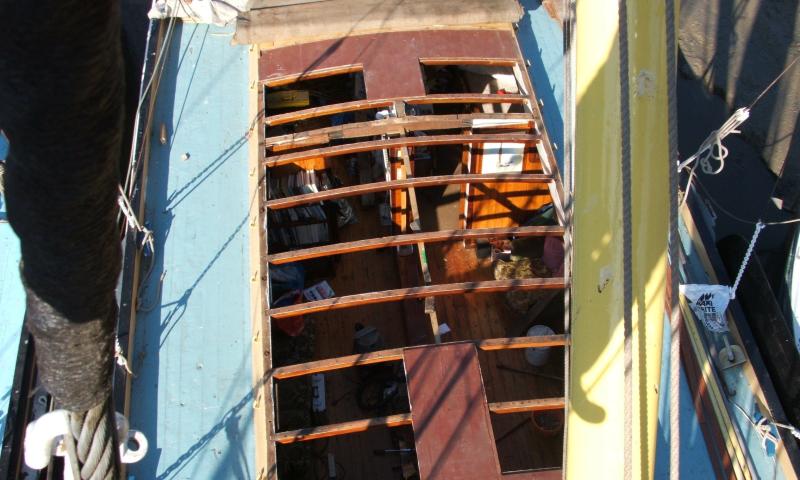 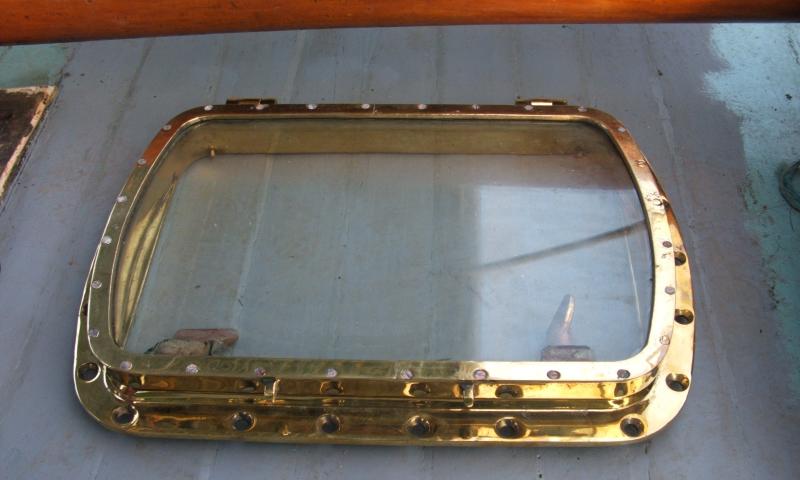 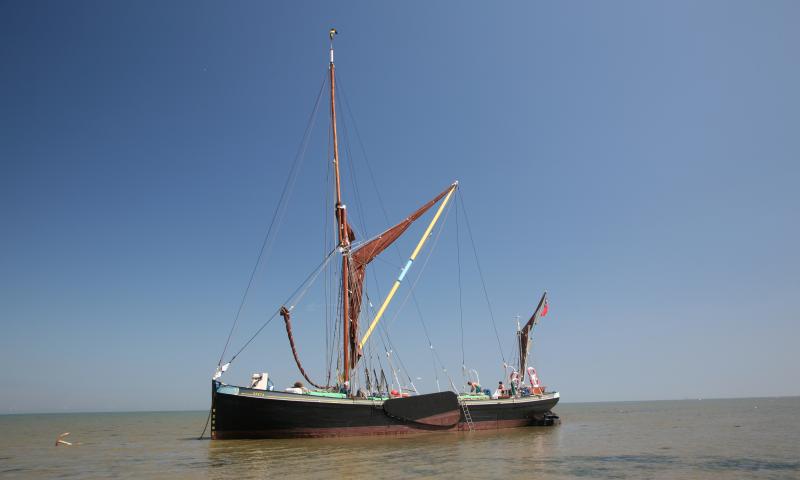 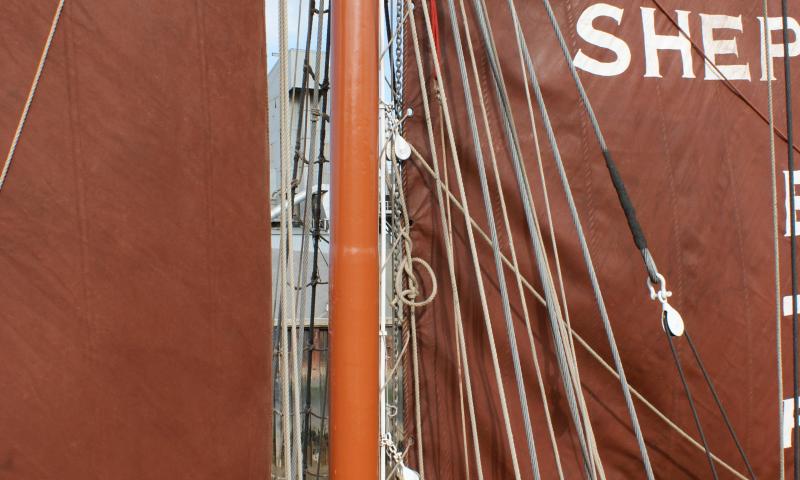 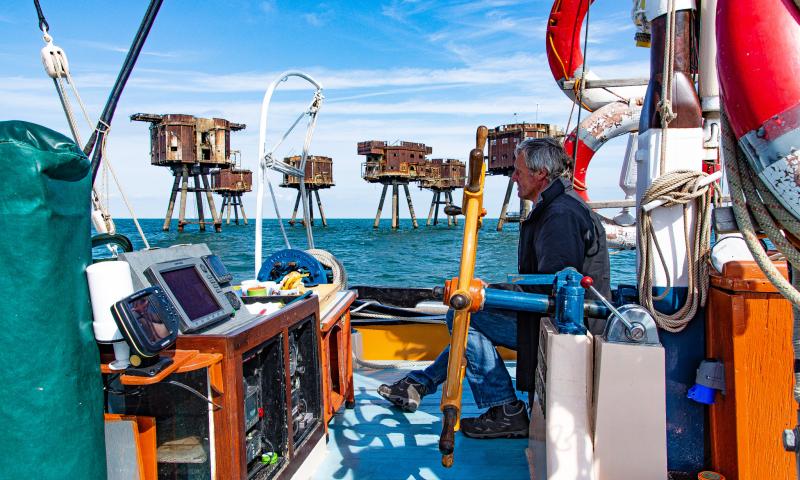 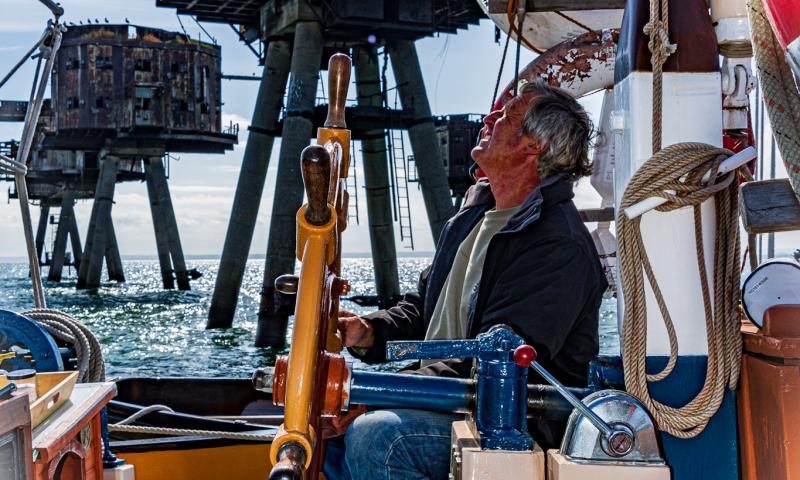 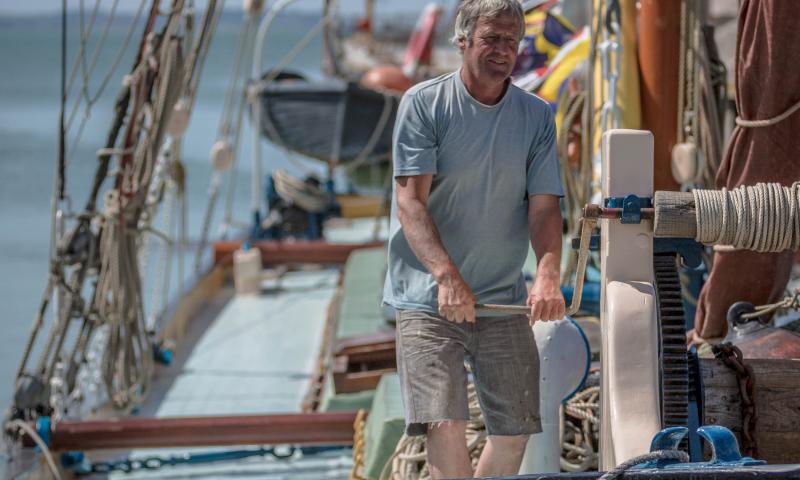 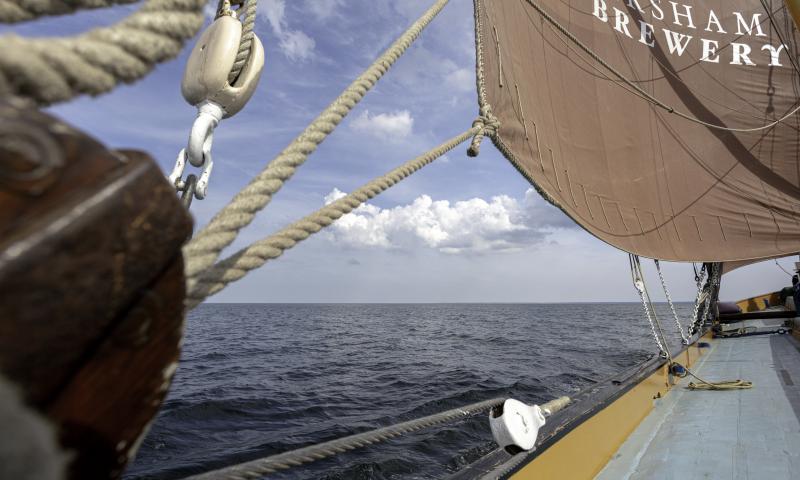 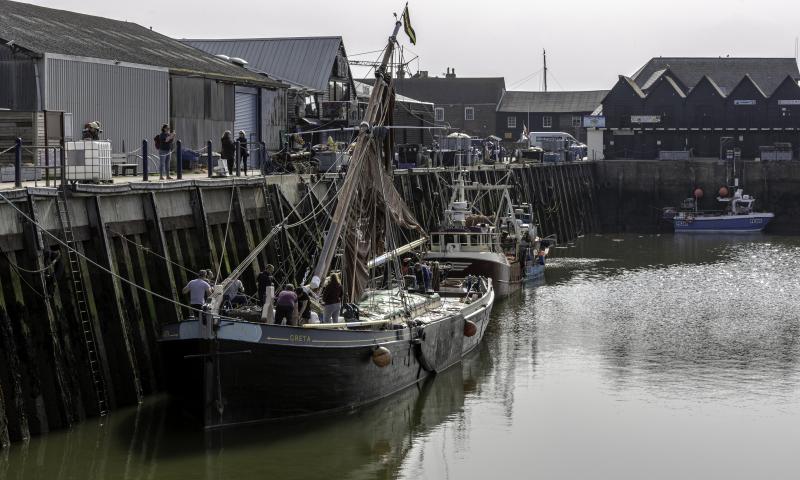 GRETA is fully rigged in her original configuration as a sailing barge. However, in 1946, after the end of the Second World War, she was fitted with an engine and retains this additional propulsion today, although she now has a Perkins 6354 engine.  In 1989 she was re-skinned inside and out on the starboard side and, at the time of writing this statement, fundraising was being undertaken to do the same on the port side. Her stem has been replaced and the bow rebuilt. The fore and main hatch tops and skylights were replaced in 2007, with heavy duty cast bronze skylights with thick safety glass. The companion way access hatch and ladder were replaced in 2011.

GRETA was completed in 1892 by the Stone Brothers, Brightlingsea, for Edward Hibbs, a barge sail maker at Brightlingsea, and four co-owners.  Hibbs used a special dressing on GRETA’s sails which contained horse fat to give them their shine, resistance to wear and a darker red colour than the later oil and red ochre dressing now familiar on the surviving barges. In 1916 GRETA was bought by Owen Parry who owned a fleet of barges.  Her usual cargoes were grain, malt and building products, but she is remarkable for once carrying spars for the German Kaiser’s racing schooner METEOR IV.  In 1918, trade for coastal sailing barges was slack and GRETA was sold to the London and Rochester Trading Co.

GRETA made an important contribution to the Second World War effort when she was chartered by the Ministry of Supply to carry ammunitions from the ordnance depot at Upnor on the Medway to naval vessels anchored in the Thames estuary. She was also involved in the Dunkirk evacuation in 1940, and she is now thought to be the oldest surviving active Dunkirk Little Ship. GRETA commemorated her role at Dunkirk by crossing the Channel again, taking part in both the 60th and 70th anniversary commemorations of the evacuation. After being sold into private ownership, GRETA became a regular competitor at barge matches during the 1990s.  She has been recorded on the National Register of Historic Vessels since 1996 and is a member of the National Historic Fleet.

GRETA was built with a shallow draught to allow her to navigate the waterways of the East Coast and Thames. As with all other Thames Barges, her flat bottom and use of leeboards on both sides of her hull allowed her to take the ground safely when loading or discharging cargo. Her central hold, now sympathetically converted for use as accommodation, was used to carry cargo, whilst her length and broad beam gave her maximum capacity. She remains in her working environment in the Thames Estuary and Medway area being based at Faversham and regularly visiting Whitstable and Southend for day charters.

GRETA was completed in 1892 by Stone Brothers, Brightlingsea, for Edward Hibbs, a barge sail maker at Brightlingsea, and four co-owners. Hibbs had perfected a process which gave the sails of working boats a life of fifteen years. The dressing he used contained horse fat which gave them their shine, resistance to wear and a darker red colour than the later oil and red ochre dressing now familiar on the surviving barges.

Her next owner was Owen Parry who bought her in 1916 and owned a fine fleet of barges, noted for their smart turnout and racing success. Each barge received a biennial refit on the hard at Brightlingsea and left looking like new. Felix Mallett was the first skipper of GRETA appointed by Parry to sail under his yellow and black house flag and he recalled some of the notable incidents in John Leather’s ‘Barges’. GRETA's usual cargoes were grain, malt and building products but she once carried spars for the German Kaiser’s racing schooner METEOR IV. They were shipped from the yard in Brightlingsea which made them to St Katharine Docks in London, as deck cargo lashed in cradles which were then griped down, and were then loaded aboard a German ship and taken to Kiel. Greta was once caught in a squall off Cliff Creek on the Kentish side of the lower Thames when laden with wheat for Cranfield’s mill in Ipswich. Her top mast broke in three places and gave the crew a hard time securing the mess and getting the barge in a seaworthy condition to continue the voyage. In a severe gale on the night of 28/29 December 1914 Greta was anchored with a group of other barges inside the entrance to the Colne whilst carrying a deck cargo of pipes and linseed in her hold. She dragged her anchor and grounded in the mouth of Blackstone Hole, on the St Osyth side. Many other barges were stranded, lost gear and suffered damage in the hurricane force winds.

In 1918 trade for coastal sailing barges was slack and Parry sold GRETA to the London and Rochester Trading Co for £900. Felix Mallett stayed on as skipper until 1926 when he returned to Parry’s. Early in World War II GRETA was chartered by the Ministry of Supply to carry ammunition from the ordnance depot at Upnor (on the Medway) to naval vessels anchored in the Thames estuary. She also took part in the Dunkirk evacuation in 1940 and is thought now to be the oldest active Dunkirk Little Ship. Her war service ended in 1946 and after a refit and having an engine fitted she returned to trade, mostly carrying grain, timber and animal feed. Greta mostly served the Medway wharves but also sailed to Colchester. Towards the end of 1947 she started carrying beer from Chatham to Nine Elms, Battersea. Both her master and mate were teetotallers and the brewery requested that Greta be kept permanently on this run as they could be sure that none of the cargo would go missing. In 1952 she was converted into a motor barge.

Following the decline of work in the London docks in the early 1960s GRETA was sold and laid up at Whitewall Creek pending restoration.  She was re-rigged at Allington in the late 1980s by Tony Ryan as a barge yacht conversion, based at Faversham, and was a regular competitor in barge matches during the 1990s. She is now a live-aboard barge in full sailing condition, based at Standard Quay, Faversham, and since 2000 has been owned by Steve Norris. GRETA is used for charters and open day sails, often out of Whitstable, typically visiting the Thames estuary forts, Margate, or the Swale. Her season normally lasts from April to October and she can carry up to 12 passengers. In 1989 she was re-skinned inside and out on the starboard side; the stem has been replaced and the bow rebuilt.

Though not the fastest of barges she also sometimes participates in barge matches. In May 2010 she was amongst the Little Ships crossing the Channel to Dunkirk to mark the 70th anniversary of the evacuation.