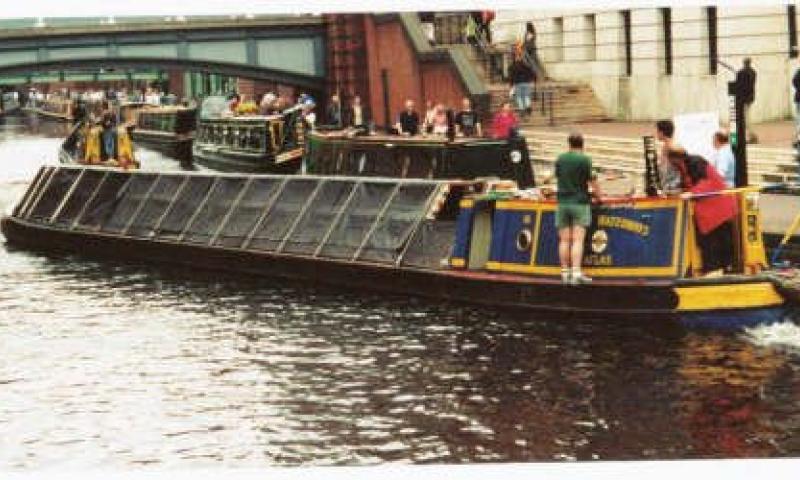 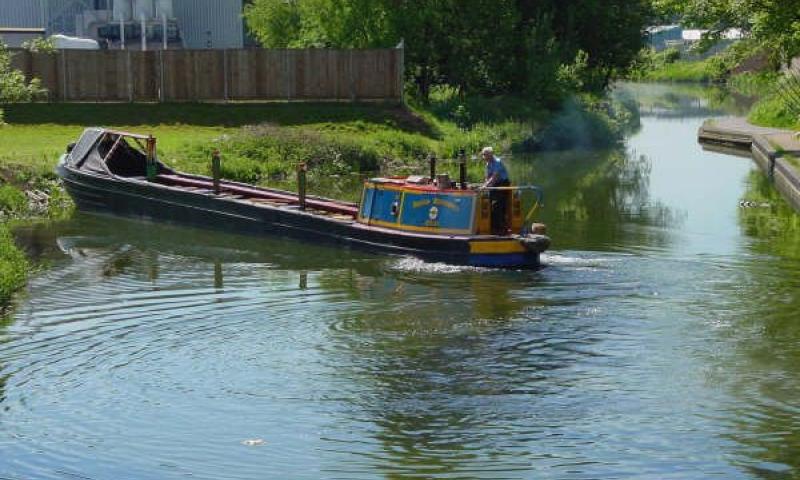 Built in 1935 by Harland and Wolff for the Grand Union Canal Carrying Company, ATLAS formed part of an order of 18 pairs of boats, delivered on the 29 December that year.

ATLAS is a small Woolwich Star class boat, of composite construction and now has a Lister HA2 diesel engine. She originally had a National engine number 46325.

On entering service with the GUCCC fleet she was given a fleet number 16 which she carries today.

During the war years she was steered and operated by the all women volunteer crews, a pairing list showing her on the 14 September 1944, showing her captain as Frankie Campbell Martin and paired with butty CAPELLA.

After nationalization she was to become part of the Docks and Inland Waterways Executive, South Eastern Division, Pairing lists show her with the butty DRACO in 1958 and again in 1960.

After commercial carrying stopped she was reassigned to the Maintenance fleet of waterways, Birmingham and Midland area until 1990s, she was again transferred to the then new British Waterways Heritage Working boat fleet and put back into working trim.

She became redundant in the Heritage fleet;and so was initially leased, later purchased jointly by the Birmingham Canal Navigation Society and Coombeswood Canal Trust who keep her in working trim.

Taken to boat rallies and used to carrydemonstration loads, ATLAS is also occasionally used as an education tool for local schools.

She is now paired with the butty MALUS.

ATLAS and MALUS are frequently at boat rallies and in regular use for for Duke of Edinburgh Gold residential weeks. 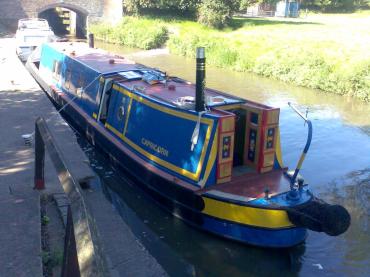 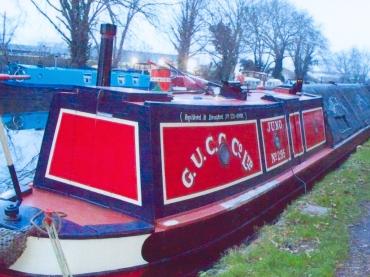 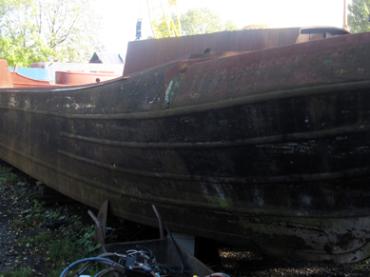