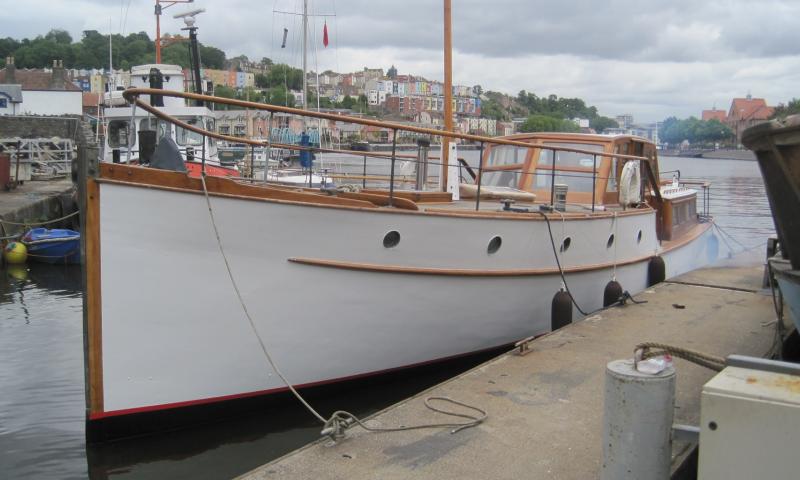 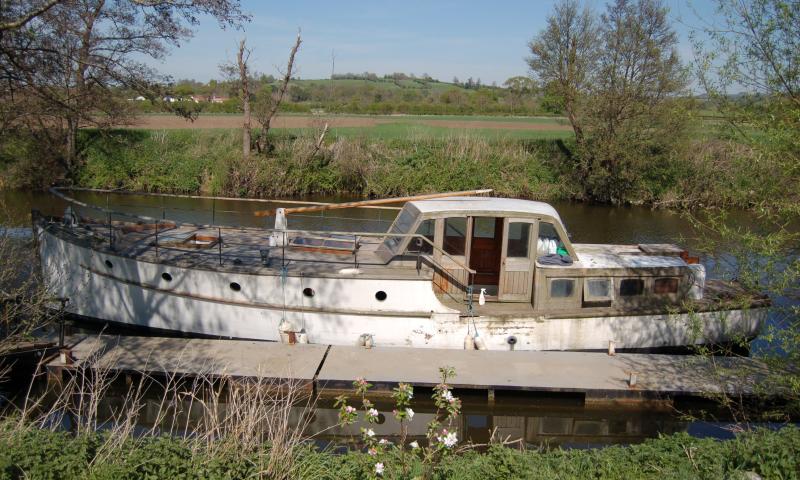 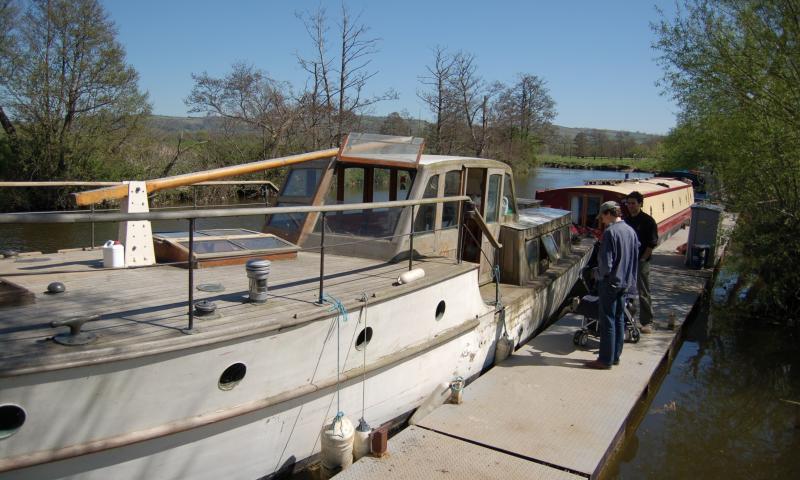 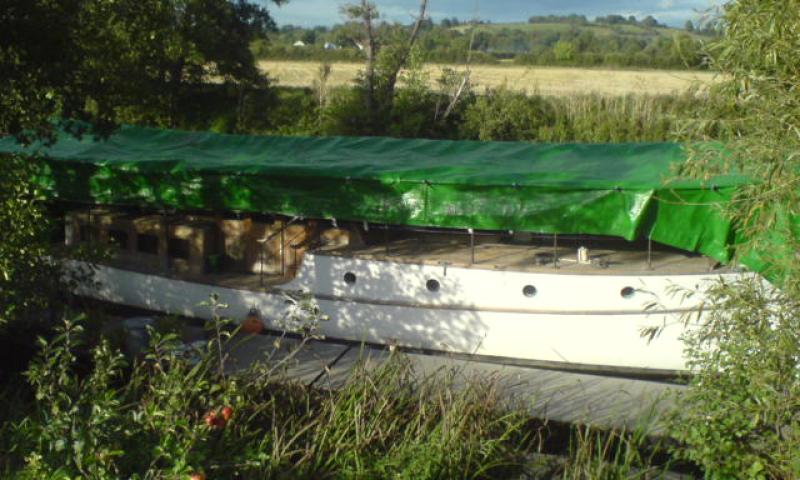 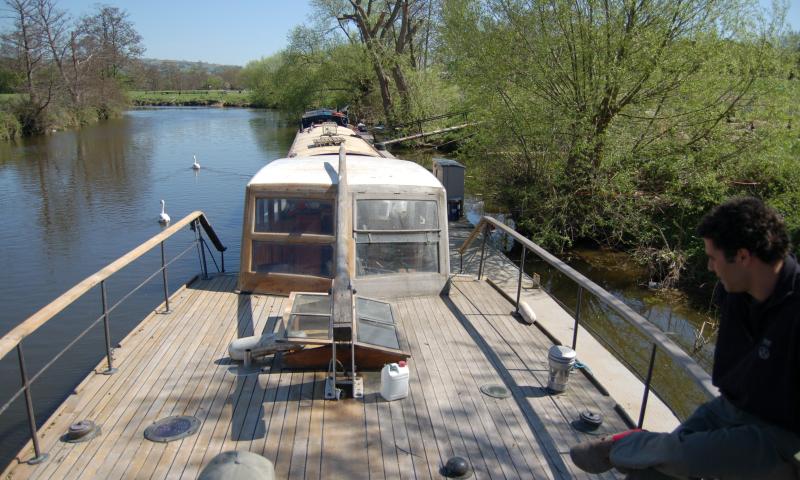 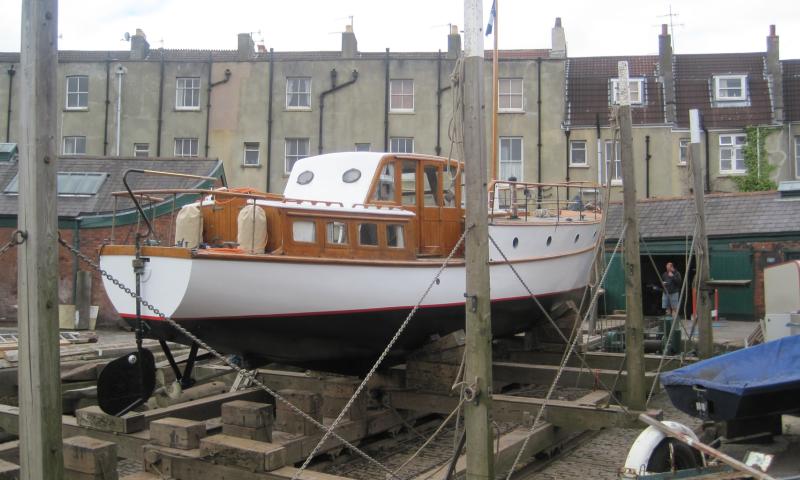 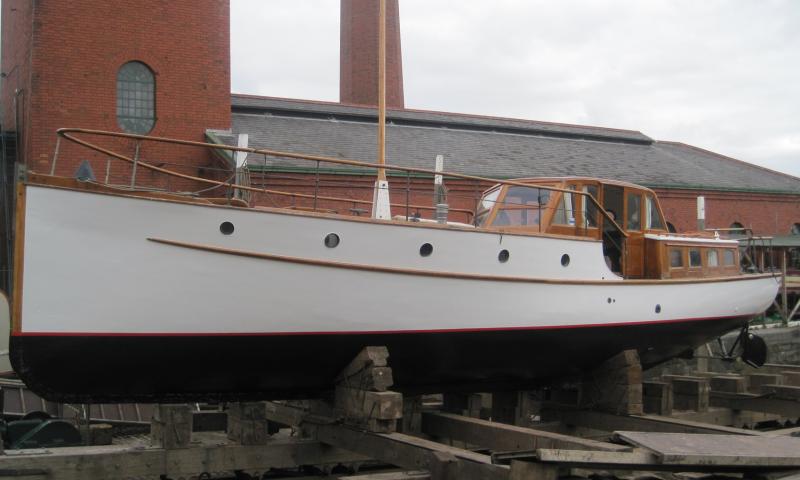 Built in 1917 by Spinks and Ferguson at Chatham, FLASHING STREAM is a leisure craft of timber double diagonal construction. Her current engine is a Gardner 5LW marine diesel installed in 1966. During World War I, the vessel is reported to have served as a Naval pinnace to HMS Marshall Soult. It is believed that her steam engine was removed in the immediate post World War II years when she was sold out of service and converted to a pleasure motor cruiser. She is believed to be the last remaining one of the five built for the Admiralty. Her present use is as a houseboat based in Bristol.