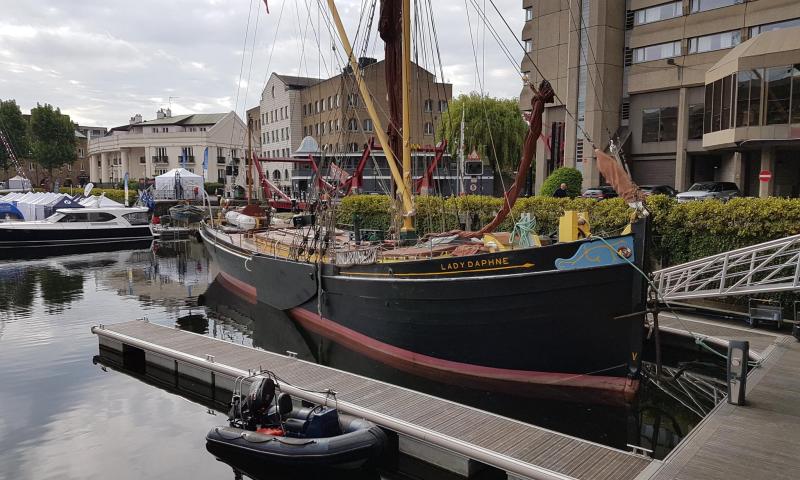 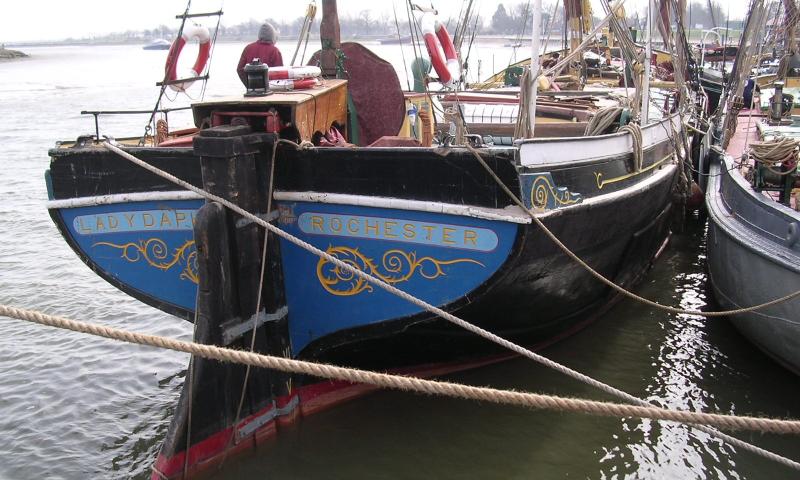 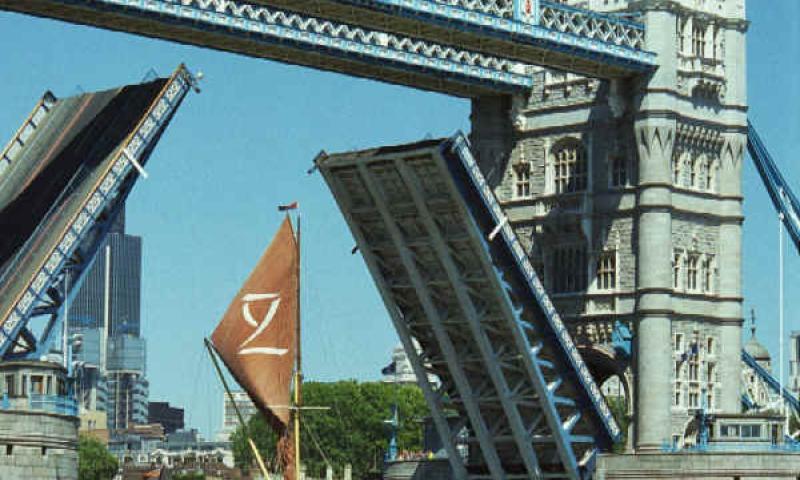 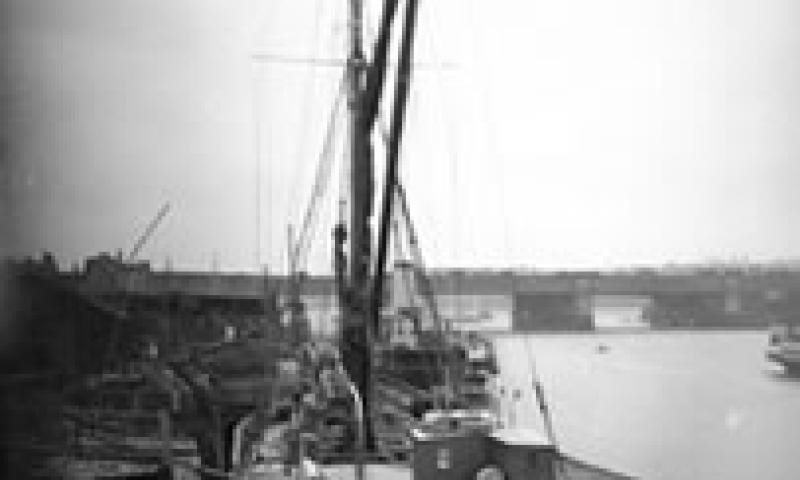 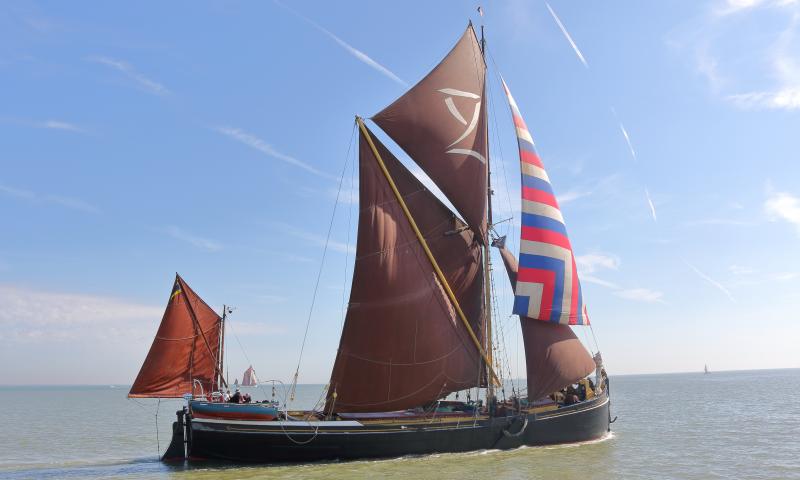 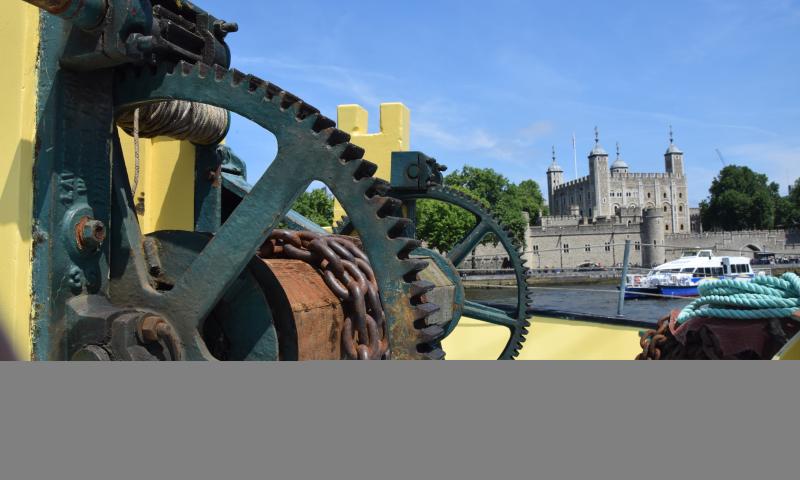 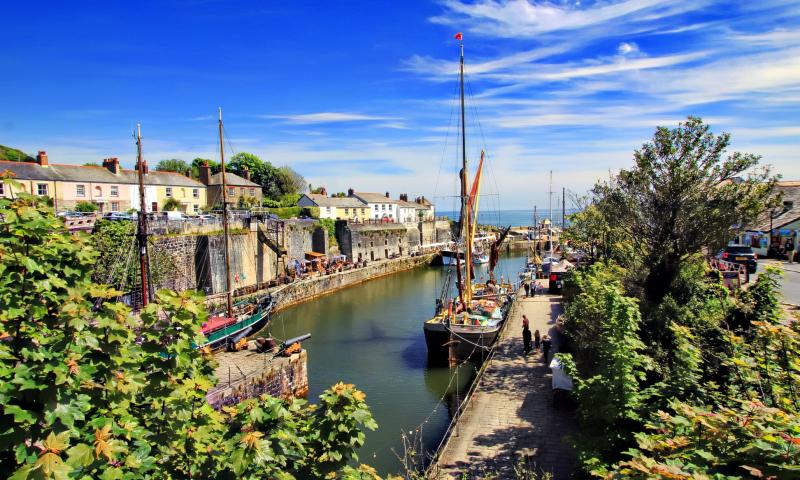 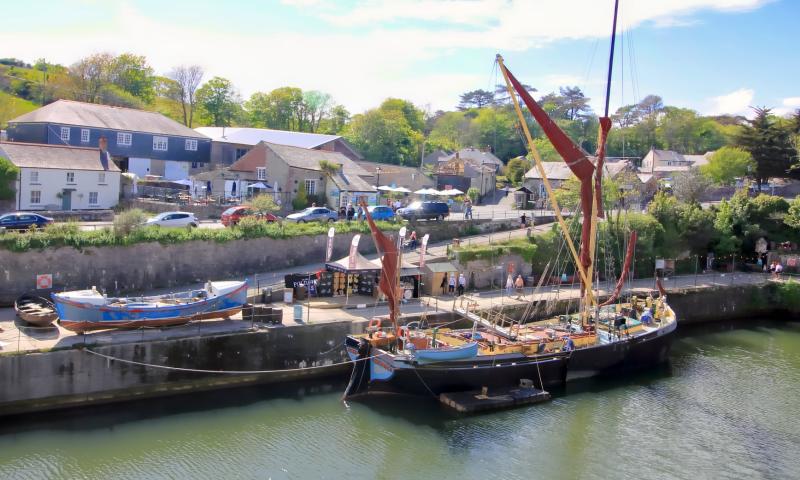 LADY DAPHNE was ordered in 1921 from Short Brothers, Rochester, by David Watson a part-owner of Thomas Watson (Shipping). The company had a tradition of naming vessels with the prefix ‘Lady’, and when launched in January 1923 LADY DAPHNE was named after David Watson’s eldest daughter Daphne. The barge was constructed of wood - with oak frames, side planking and wales, elm chine planks, Oregon pine spars - and a steel keelson, and had a marked sheer to the foredeck as befitted a vessel intended for coastal work.

Together with her near sister, LADY JEAN, she was amongst the very few wooden barges built after the First World War and, unusually for a sailing barge, she was built from lines.

During half a century of trading as a coasting barge she carried cargoes such as china clay, Portland Stone, cement and grain between ports scattered around the east and south coasts of England. She was reckoned to be a fast barge: making London Docks from Ipswich, light, in twelve hours, and from the Docks to Ipswich, loaded with 190 tons of wheat, in 14 hours.

LADY DAPHNEwas known as a lucky ship following a bizarre escape in December 1927. On passage from Weymouth to Fowey in a thick snow storm driven by an easterly gale the skipper was washed overboard and lost. The mate and third hand desperately burned improvised flares as the vessel drifted out of control. This was a forlorn gesture but the barge was at last spotted by the Lizard signal station, their final hope, late on Christmas Day. The Lizard lifeboat was launched and rescued the two exhausted crew members in the early hours of Boxing Day leaving the vessel to run on into the blackness, with only the pet canary left on board. A day later she was seen heading for the rocks near Crowe Sound in the Isles of Scilly, and the St Mary’s lifeboat was launched. Her crew boarded the barge which was still underway under jib alone, about three hundred yards from the shore of the island of Tresco, and were surprised to find only the canary aboard. Reaching the wheel the lifeboatmen put the helm over, whereupon the jib split with a crack like a gun, and headed for the shore, beaching the barge in two feet of water on safe shelving sand. After a full refit she was back in service within a year and continued trading for another 45 years.

LADY DAPHNE was transferred to Lillian Bradley on the death of her husband in 1928. In 1932 a four-cylinder 60 hp 4SA Kelvin oil engine, made by Bergius Co Ltd of Glasgow, was fitted and connected to a propeller on the port side, and a wheelhouse was also fitted. In 1936 LADY DAPHNE was engaged in salving cargo from the four-masted barqueHERZOGIN CECILLE, which went ashore near Bolt Head, south Devon, and became a total loss.

In 1937 she was sold to R & W Paul (Maltsters) Ltd, of Ipswich and was thoroughly overhauled at their yard there. On 4 November 1944 LADY DAPHNE was struck by a tramp steamer on the Thames at Vauxhall and sustained serious damage to her port bow. Skipper Fred Roberts nursed her to the Crown Quay Yard at Sittingbourne for repairs. In 1947 LADY DAPHNE was re-engined at Richards Bros, Lowestoft, with a five-cylinder 100 bhp unit built by Ruston and Hornsby Ltd, Lincoln. She mainly worked to Yarmouth, Kings Lynn and Norwich. In 1951 she loaded baskets of imported oysters at Felixstowe Docks for the Colne. The oysters had to be continually sprayed with salt water until they were unloaded at Brightlingsea for relaying in the oyster beds. On the night of 30 January 1953 the great east coast tidal surge lifted her bows onto the quay at Ipswich and she had a lucky escape when she was levered off, avoiding a capsize into the dock. In 1957 LADY DAPHNE's sailing gear was removed and she traded as a motor barge until 1973.

In September 1975 LADY DAPHNE was sold to Taylor Woodrow Property Ltd, London, for re-rigging and conversion to a promotional and charter barge at Maldon.  In January 1986 she was re-engined with a Mermaid Mariner diesel and continued in corporate and charter work. In May 1996 she was sold by Taylor Woodrow to her current owners (Z/Yen Ltd) and is now based at St Katharine Docks, London, for charter work under the management of Nymph Ltd. She mainly cruises on the Thames but also ventures further afield for events such as barge matches and Cowes Week. Her current owners have entered her in races in each year of their ownership, with some success. In the 2009 Swale match she was first in the restricted staysail class and in the 2010 Thames match she was first in the coasting class.

In winter 2010/11 the mid section on the port side was reframed and re-planked at Faversham.

In 2016 Andrew Taylor and Samantha Howe took on guardianship. Took her to Ham Wharf, Oare Creek , Faversham in Winter of 2016, to dry dock and under Tim Goldsack had full restoration of starboard midships to stern, all planking and framing replaced in this section.

Covid lockdown restrictions of 2020-2021 meant her planned restoration on the port quarter which began in Spring 2020, was delayed completion until Autumn 2021.

September 2021 held a re-enactment event in London as part of a scout initiative to follow in footsteps of Ernest Shackleton's voyage in Quest to Antarctica. Passed through Tower Bridge 100 years to the day and time (1pm 17th September 2021) to recreate the promotional event held by Shackleton 100 yrs earlier,

Back to Ham Wharf until April 2022, when undertook journey south west to Charlestown Harbour. This is her new base currently for static event hire and ongoing restoration works, and in 2023 we will celebrate her Centenary with more events and some sailing trips in Cornwall. 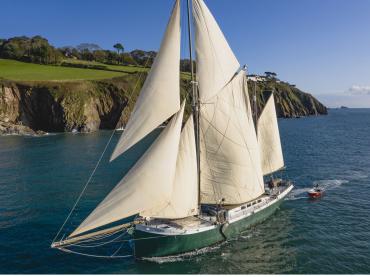