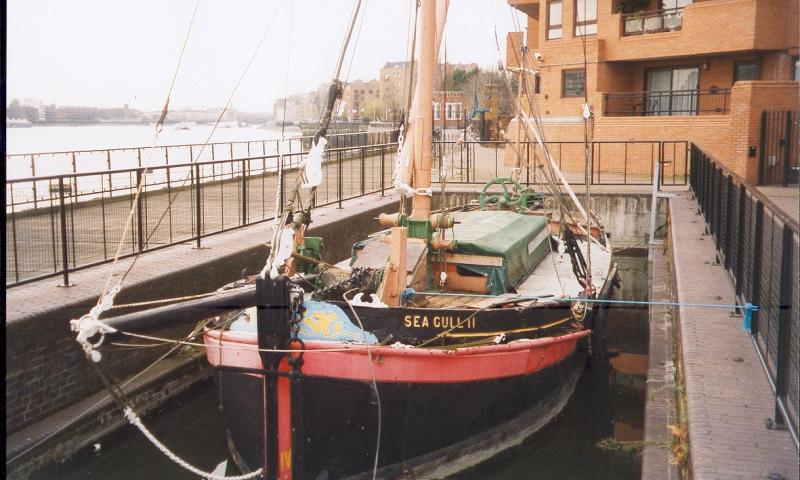 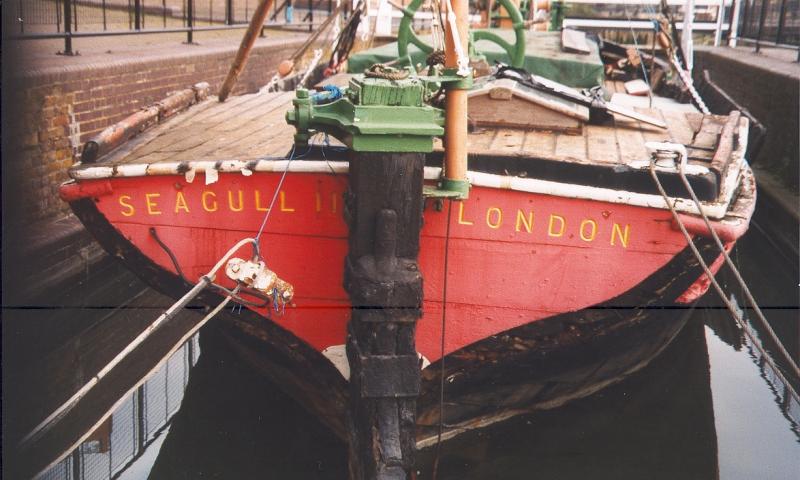 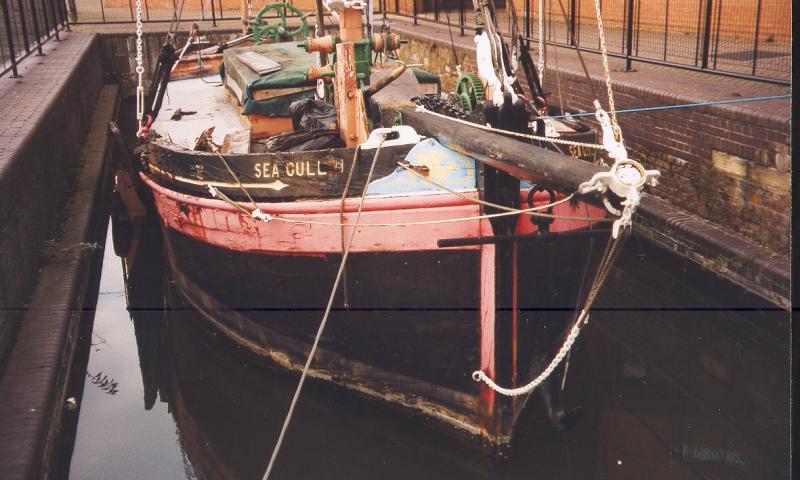 SEAGULL II, Thames barge, was built in 1901 by Gill & Sons, Rochester, for the War Department. She is half the size of normal craft of her type and her purpose was to carry ordnance and stores in Pembroke dockyard. She did this until 1930 when she was sold and became a private yacht back in the Thames Estuary before becoming an architectural feature on Free Trade Wharf Wapping in 1988. Sold in 1999 for restoration at Gillingham to her current owner, this was estimated to be continuing until 2010. In 2008, she moved to the dry dock at The Medway Cruising Club to undergo a major rebuild, during which everything was being replaced except the flat bottom.