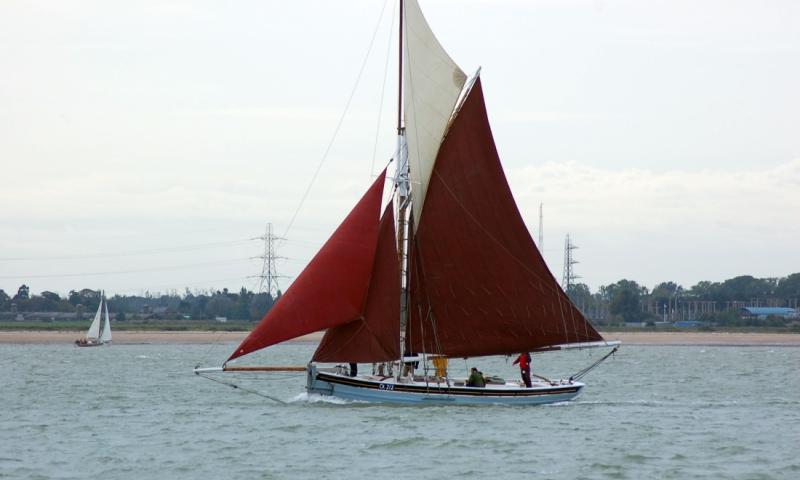 One of the oldest smacks afloat, WILLIAM AND EMILY is believed to have been built in the Channel Isles in the 1830s as a cargo vessel for the Essex import-export business. In the 19th century Jersey’s main source of export income was early market garden produce for the luxury markets of southern England. The cargoes would probably have included potatoes, tomatoes, cucumbers, salad and early flowers. (An alternative account, by Robert Simper, has it that WILLIAM AND EMILY was built in the Channel Isles as a smack, and was used by Essex owners to dredge oysters off the French coast from the port of Gorey, Jersey; in fact both accounts may have some truth as smacks working off Jersey sometimes also carried  farm produce in the summer).

In 1886 WILLIAM AND EMILY was converted into a fishing smack by the Drake family of Tollesbury, Essex. Her original lute stern was cut off to leave a flat stern. As a gaff-rigged sailing smack of carvel timber construction she fished the waters off East Anglia. Under her skipper, Navy Mussett, she went up the Thames for Queen Victoria’s Diamond Jubilee in 1897.

In 1933 a Gardner engine was installed and she then became a leading fishing vessel in the Tollesbury fleet, acting also as a tow-boat to other vessels which lacked engines. The Drake family owned and worked on the smack until the late 1960s, when she was sold to a doctor. In the early 1970s she was sold to the Fellowship Afloat Association for sail training. In the late 1980s the association had the mid section rebuilt and extended to return WILLIAM AND EMILY to her original 46ft. She was later de-rigged and used as a houseboat, in St Osyth Creek, passing through several owners’ hands.

In 2000 she was bought and moved to the smack dock in Brightlingsea for a major refit (during which her original lute stern was reinstated). WILLIAM AND EMILY (CK 212) was re-launched in 2004 and is now based at Brightlingsea for charters.