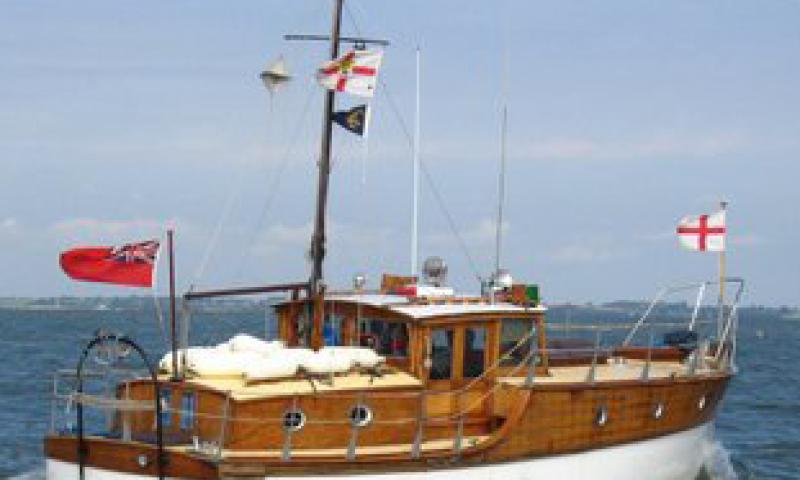 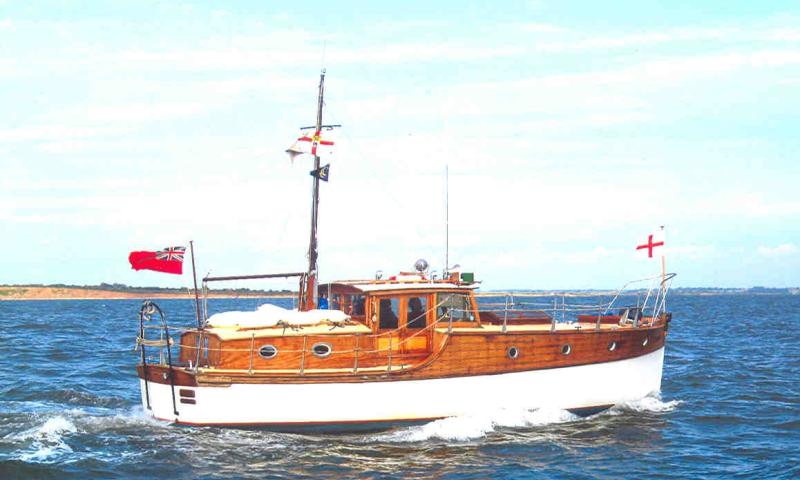 This vessel was built as FLEURY II and designed by Eric French of Poole, from whose drawing board most pre-war vessels of this size in the Elkins yard had come. Her name was given to her by the Fleurets, her one-time owners. She took part in the Dunkirk evacuation of 1940, requisitioned because of her shallow draft. Circa 1950, she was renamed MADA by a subsequent owner, Mr. Adam, who made up her name by reversing his own. In later years, she was moored at Kingston-on-Thames.