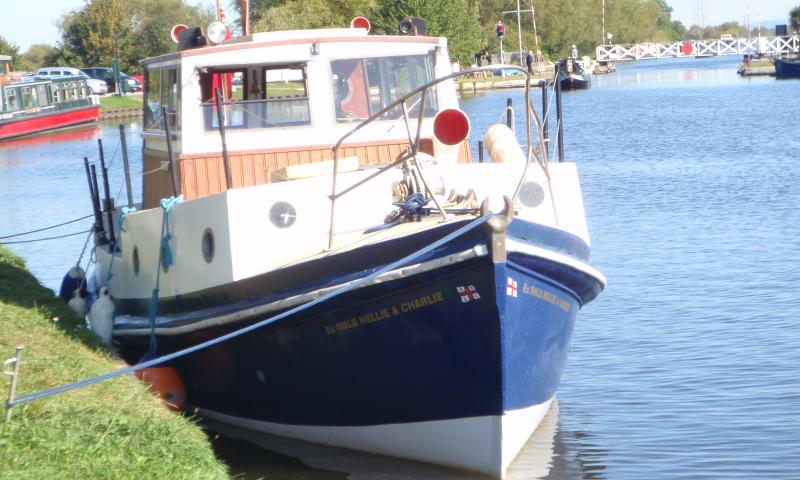 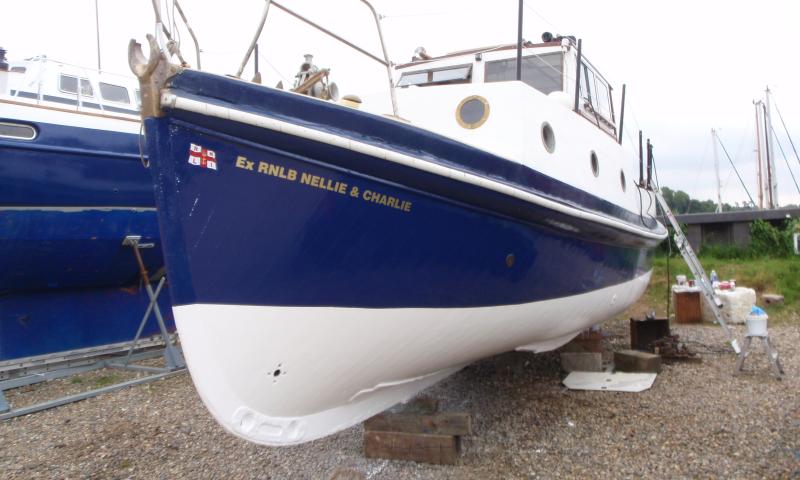 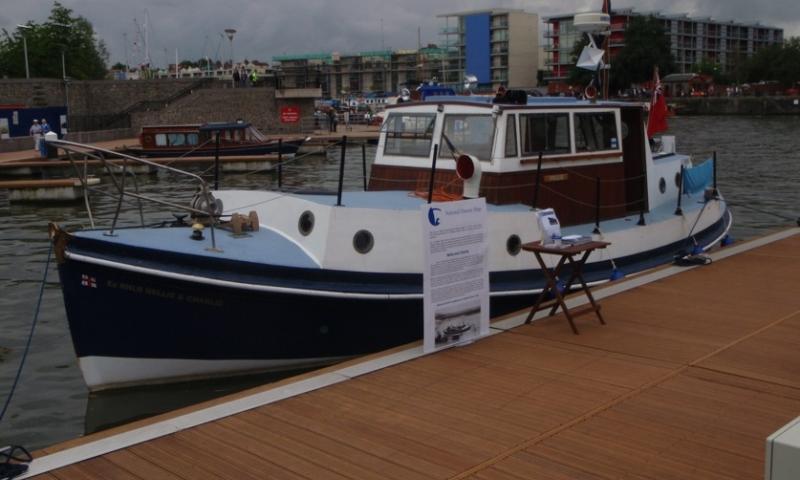 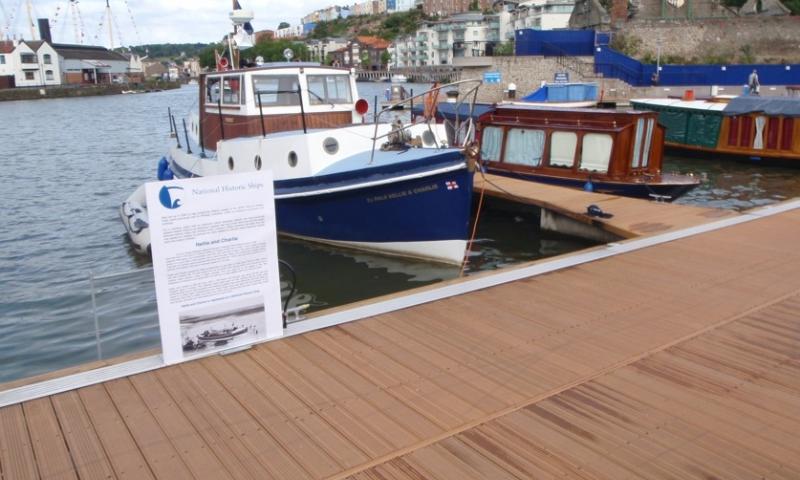 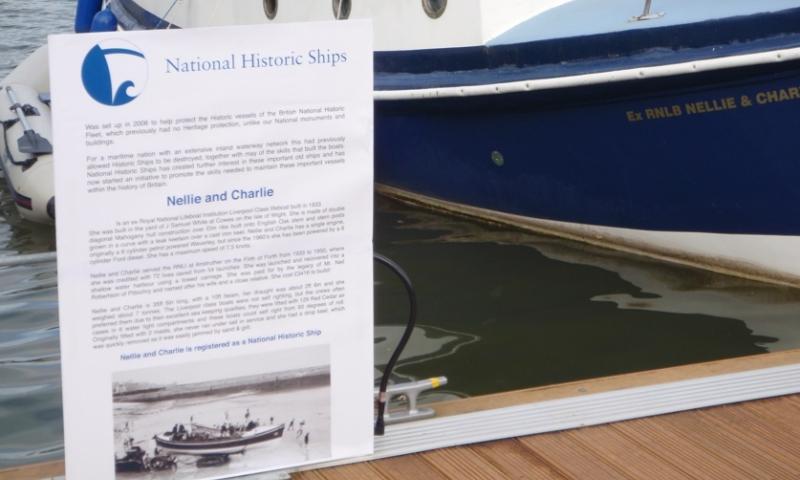 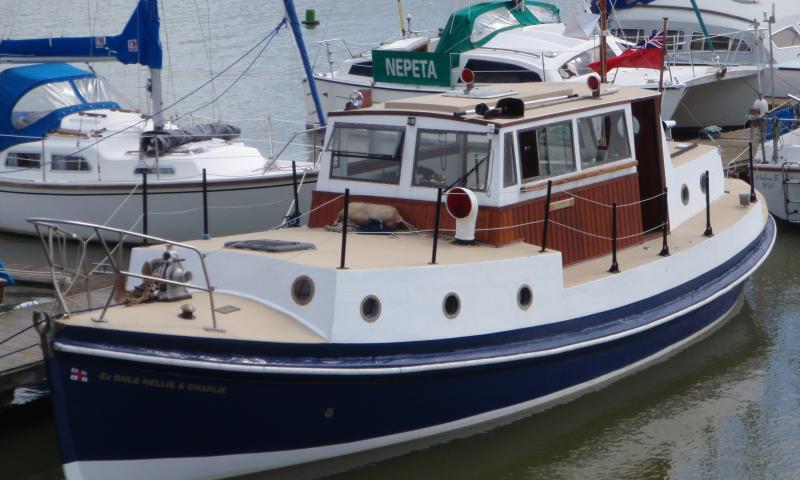 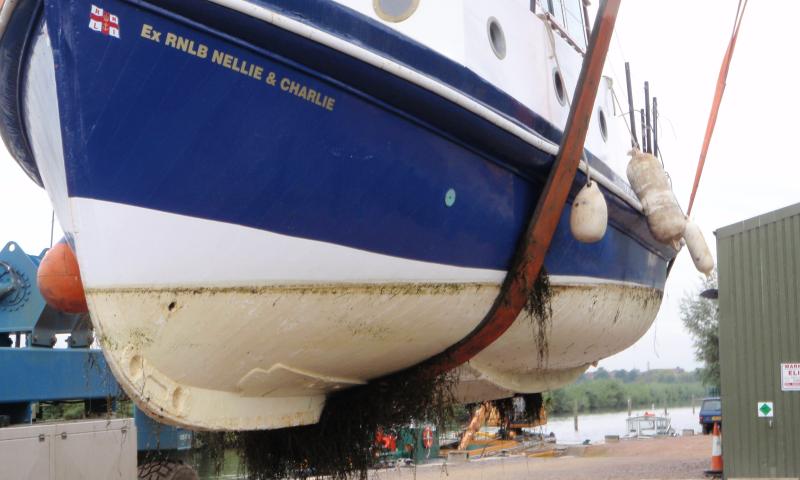 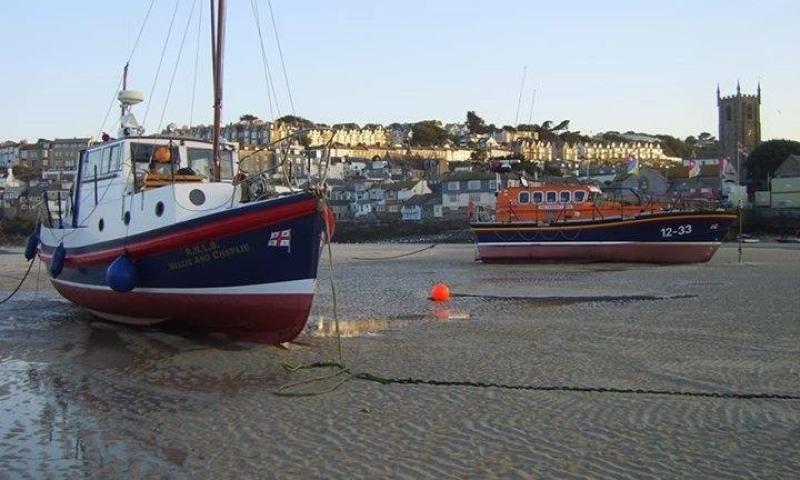 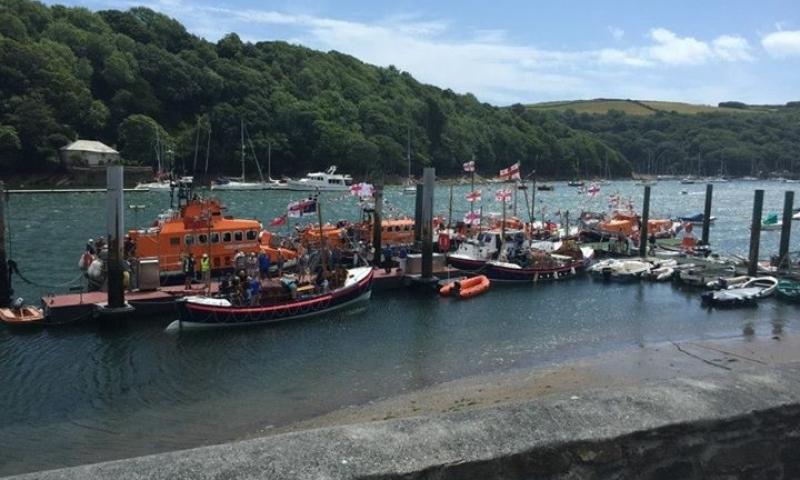 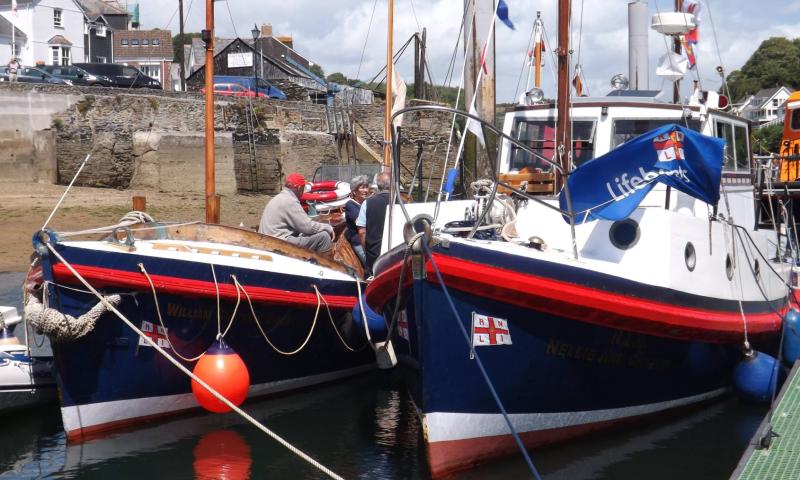 An ex-RNLI lifeboat of the Liverpool class, NELLIE AND CHARLIE was built in 1933 by J Samuel White of Cowes, Isle of Wight. She is of double diagonal construction, her hull is of mahogany and she has a Ford diesel engine of 120 bhp installed in 1967. After serving as the Anstruther lifeboat from 1933 to 1950 she variously became a fishing boat, a ferry and a liveaboard cruiser on the East Coast of England until 2009 when she was moved to her present mooring at Sharpness Docks to be fitted as a more original looking motor cruiser. NELLIE AND CHARLIE is one of the few remaining single screw Liverpool Class lifeboats still in original hull condition.