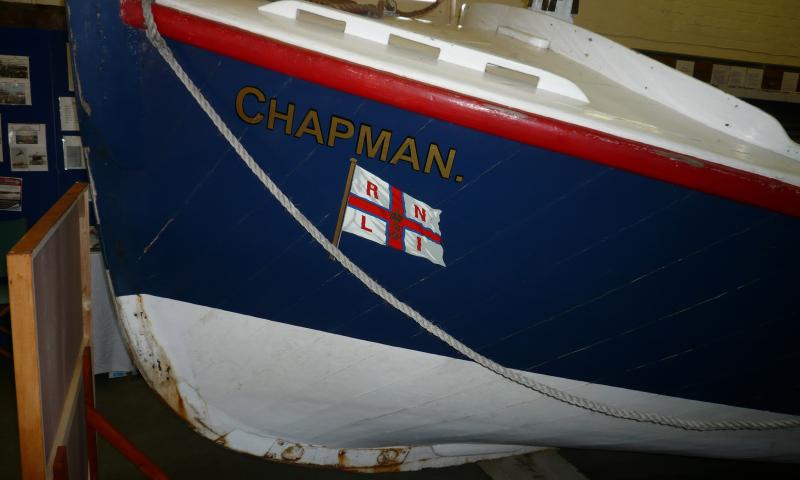 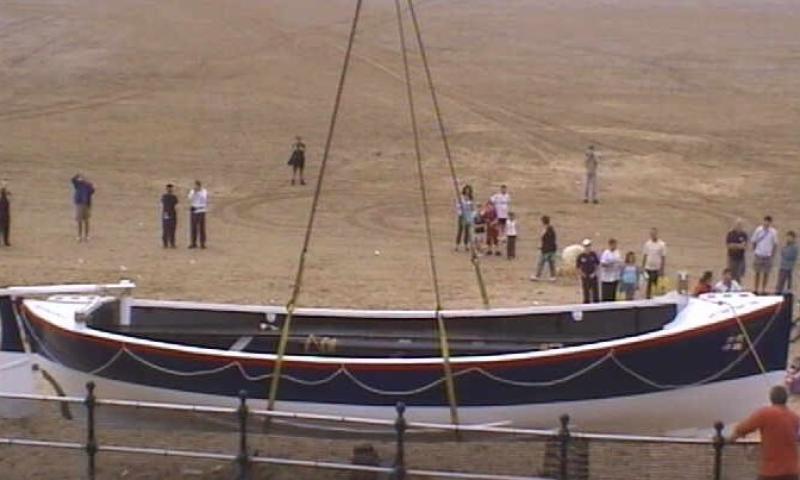 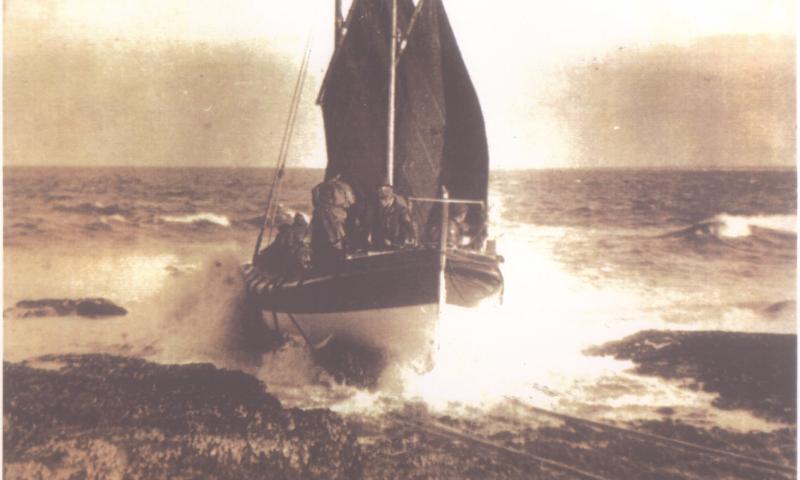 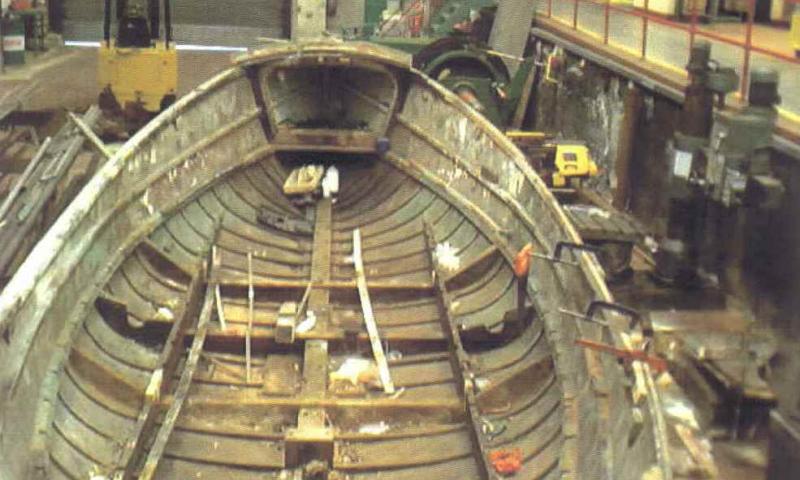 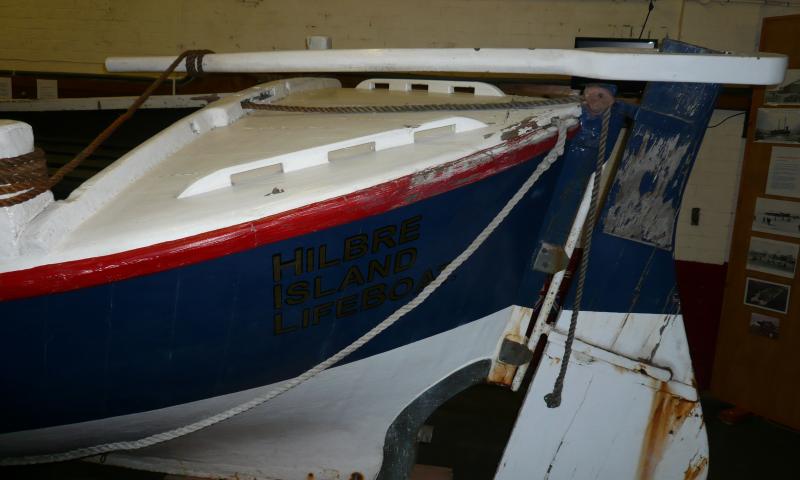 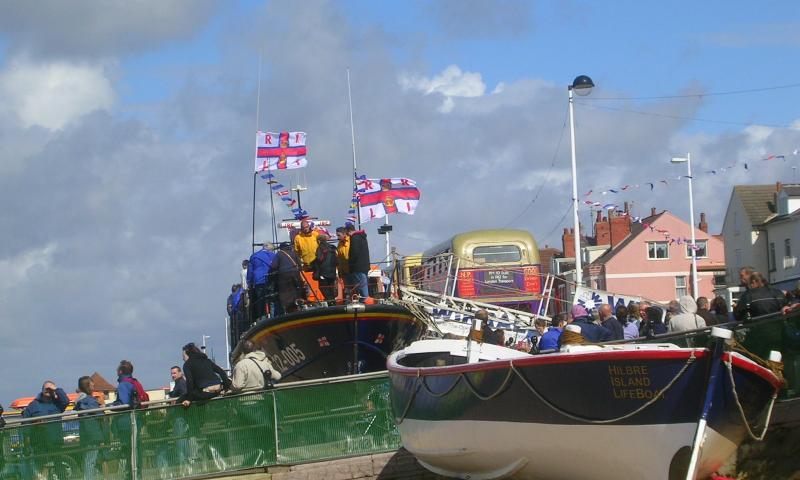 CHAPMAN is a twelve-oared boat, built by Thames Ironworks in 1900. She served as a lifeboat at Groomsport from 1901 to 1920 and at Hilbre Island from 1924 to 1939 and spent the war years at Point of Air colliery in North Wales.

She became a pleasure boat, with engine installed, taking out day-trippers in Blackpool and renamed HARBINGER.  Following this she bacame a pilot boat on the Lune Estuary for 25 years, a wheelhouse being added.

Known as PEGGY, she was finally sold to a member of the Hoylake crew who intended restoring her as a lifeboat and day tripper. Sadly the project proved too challenging and the boat was passed through various hands, ultimately being beached on the banks of the River Ribble at Tarleton. There she was simply neglected and was derelict when her present owner rediscovered her in 1998.

In 2003 she was officially renamed the restored lifeboat CHAPMAN on Hoylake promenade, in front of a crowd of 20,000 people attending the annual Hoylake Lifeboat Day.

Thirteeen of the lives saved by the CHAPMAN were rescued in a remarkable service by the Groomsport crew on 27 February 1903. Shortly after 9.00am that morning, the Coastguard reported that a barque situated about a mile north-west of the Copeland Islands was signalling for immediate assistance. The Groomsport coxswain, Henry Waterson, assembled his crew and launched the lifeboat. The vessel in distress was the Danish ship Hjertness of Sandjeford, bound from New Zealand for Glasgow laden with timber. One of her anchor cables had failed and there was a risk, in the strong west-north-west gale which was blowing, that the other might also be lost. The heavy sea prevented the CHAPMAN going alongside, so she manoeuvred beneath the stern of the troubled barque. The twelve crew members and a pilot were all lowered by rope into the safety of the lifeboat. The ship’s dog – Amon – was also rescued. The CHAPMAN then set sail for Groomsport in the heavy seas. She was fortunate to be met by a steam tug which towed the lifeboat much of the way back.