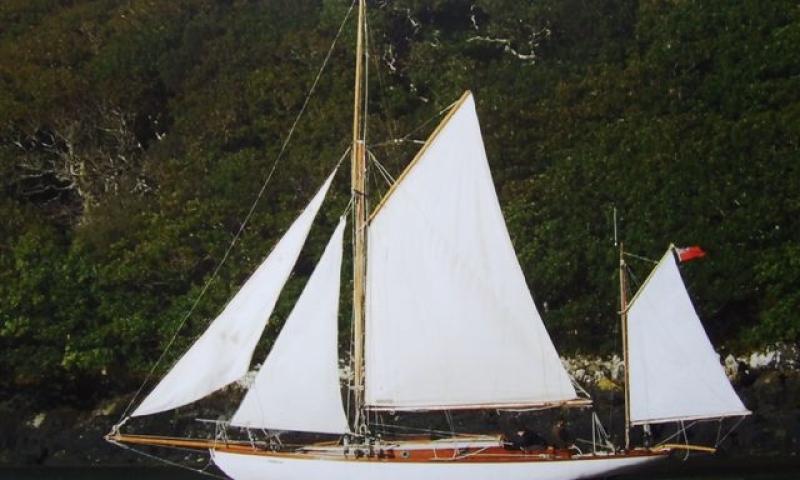 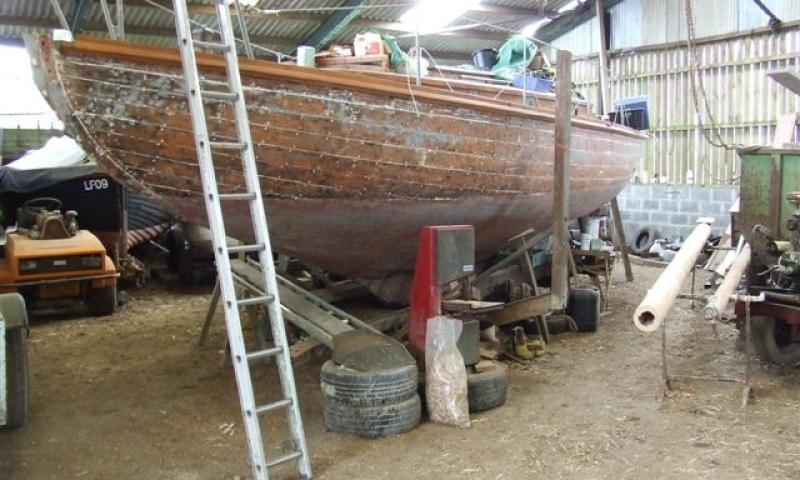 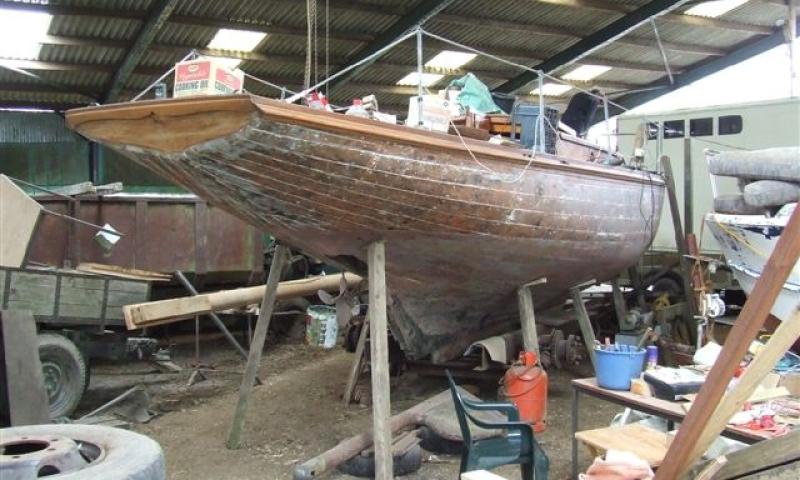 JACK HERON is a leisure craft, a yawl of timber carvel construction without engine but a petrol parrafin engine was fitted in 1934.  It is believed there were two sister ships built, one called CYGNET and the other ALANA.  JACK HERON is a rare surviving example of a Herbert White designed cruising yacht.

During the Second World War, JACK HERON was laid up in Haybridge basin and during a bombing raid on London, a spare bomb dropped in the river which sank some yachts on the river sending pebbles and other river debris through the unfortunate boats' bottoms.  JACK HERON did not founder during this raid but the vacuum created by the explosion cracked the deck beam aft of the skylight.

In 1950, the owner offered the vessel to his son as a wedding present who had a new mast fitted to convert her to Bermudan rig to modernise her.  He kept the mast stepping in the same place and kept the original long boom.  The deck was painted canvas over pine planking.

JACK HERON was laid up in Everon's boat yard on the River Deben at Woodbridge in the 1950s and virtually left to her own devices.  She remained neglected through most of the '60s until she finally sank at her berth.  Most of her corking had been spilled and she was filled and emptied on every tide.  She stayed like this for three years until she was bought in 1972.

Under new ownership,she was towed across the estuary to Freston on the Orwell, then hauled out on to a cradle.  The next couple of years saw her being rebuilt and a new bowsprit fitted.  A few grown frames were replaced and the steamed frames doubled, rotting canvas on the deck replaced with epoxy resin and cloth, the port garboard replaced and many planks refastened.  A Ford Watermotor petrol conversion was installed and two years later replaced with a 2HG Sabb Diesel.  JACK HERON cruised over the next few years to most places around the East Coast, as well as Holland and a long cruise across the Baltic to Finland.

Bought by new owners in 2008, she has been converted back to a gaff yawl from Bermudan rig.  She damaged her stern in the storm of 1987 and has since had a sawn off counter but the intention was to reinstate the full counter stern.