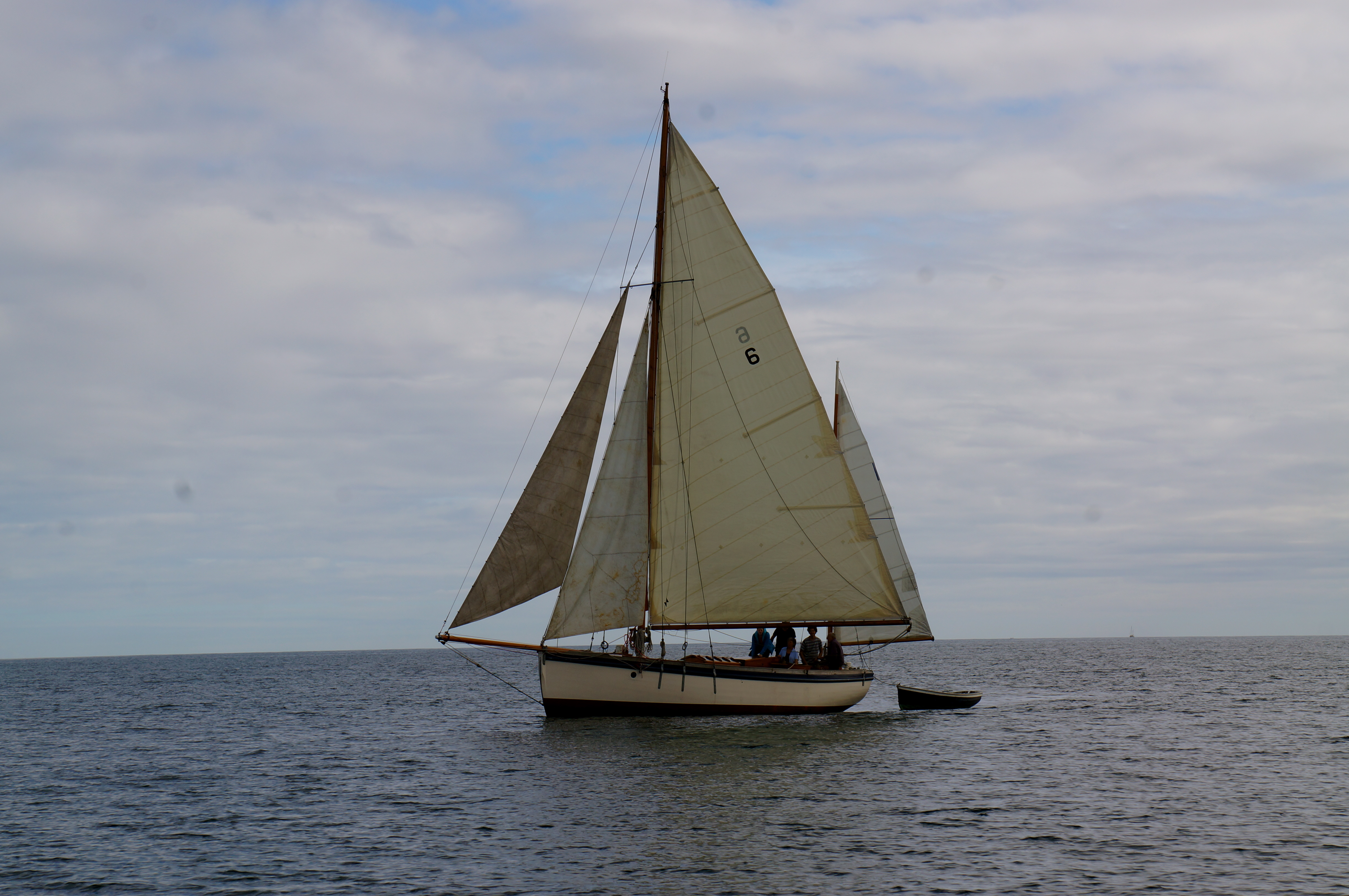 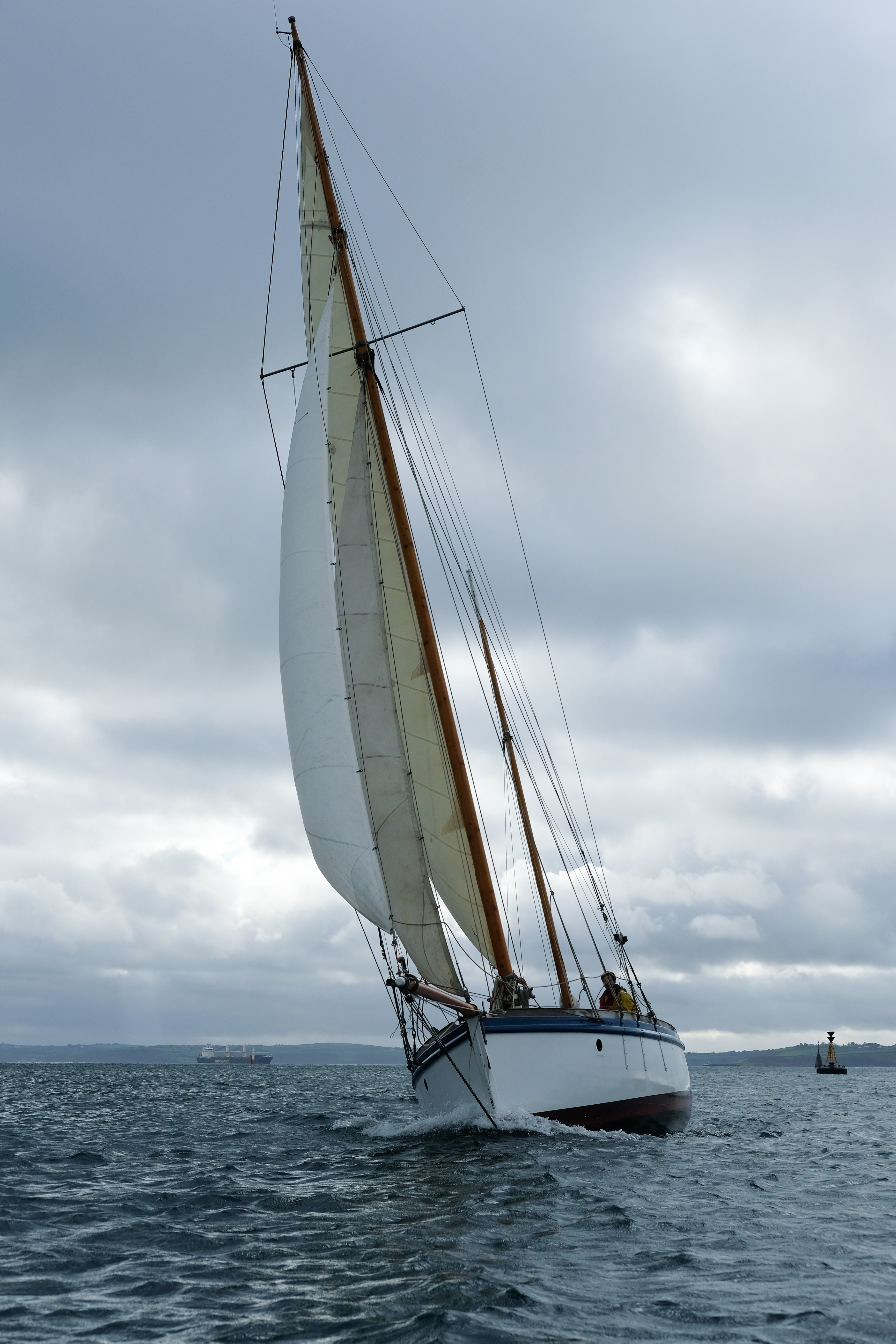 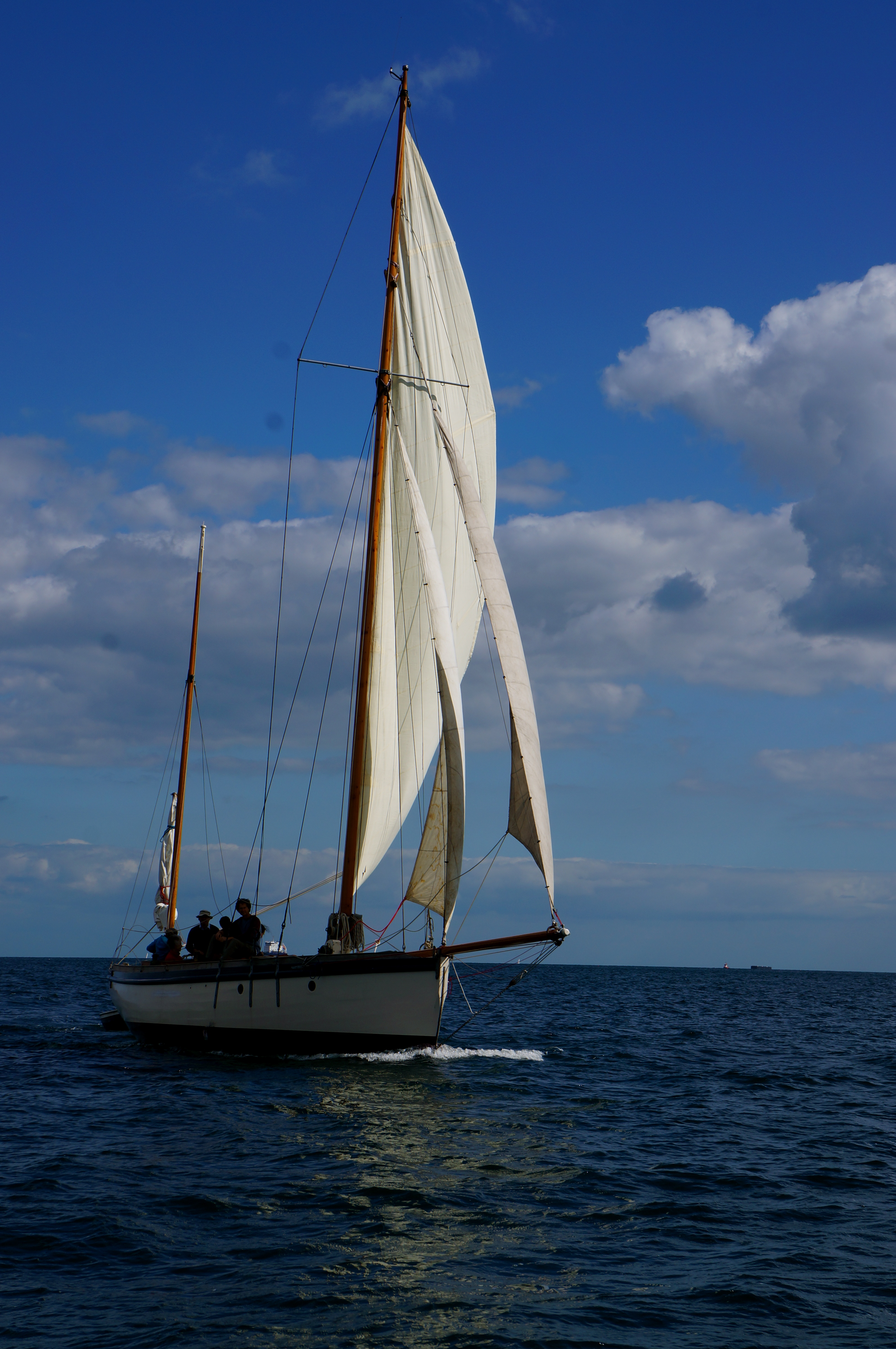 MOLIN was built by R.S. Burt in Falmouth for W.O. Hannyngton, as a Quay Punt Yacht with typical yawl lines and sail plan. She was at first based in Guernsey, and in 1948 she was sold to W.R. Moiltie of St Jacques, Guernsey. In 1949 she was sold to C.R.C. Marshall of St Peter Port in Guernsey, but in 1950 she was sold on to  A.J. Thomson of Haddington, Eats Lothian, and relocated to Scotland. Later owners included the boatbuilder and timber merchant John Moody, and a skipper of traditional craft, Michael Orgzey.For many years she was based in Shoreham in West Sussex, where she was found in very poor condition in 2004. She was shipped to Falmouth by road, and bought by her present owner in 2005.

Her hull is largely original. Her deck was replaced in 2008, and her interior in 2010, although much of her original teak joinery was retained. Her Perkins 4018 engine was replaced by a Mermaid marinized Ford engine in 2012. Her mast, boom and bowsprit are original, but her mizzen is a replacement of the original which was lost sometime in the 1950s. Her mizzen step is original. 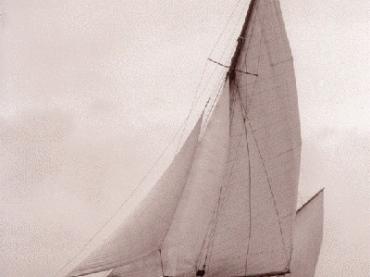