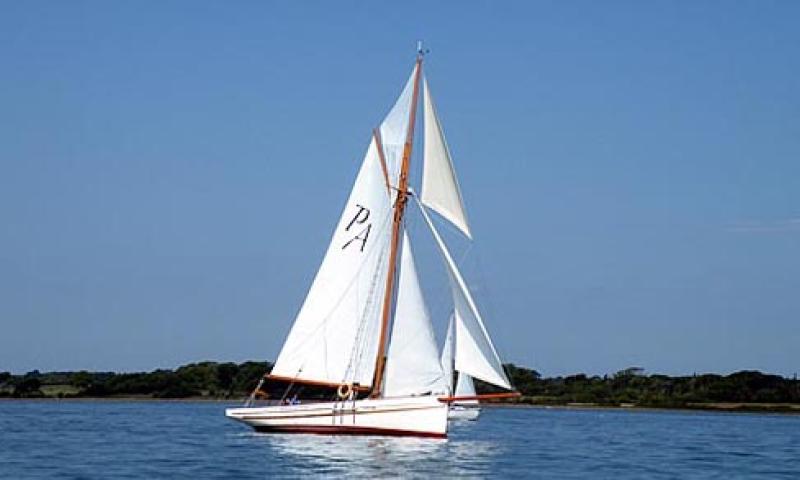 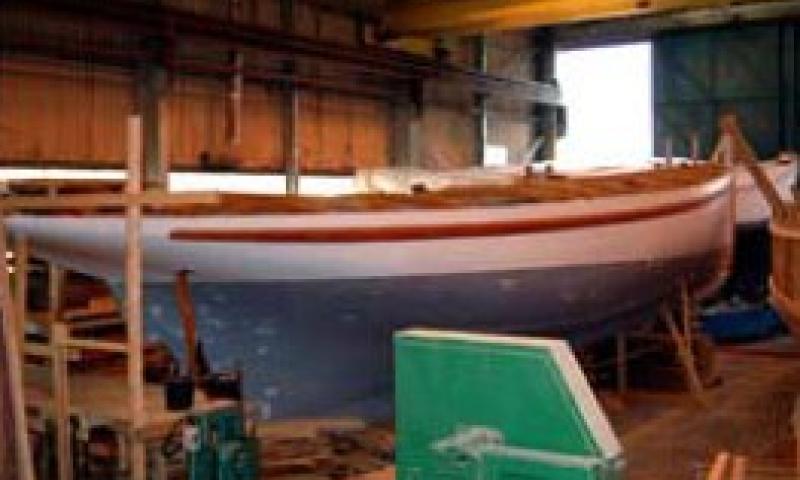 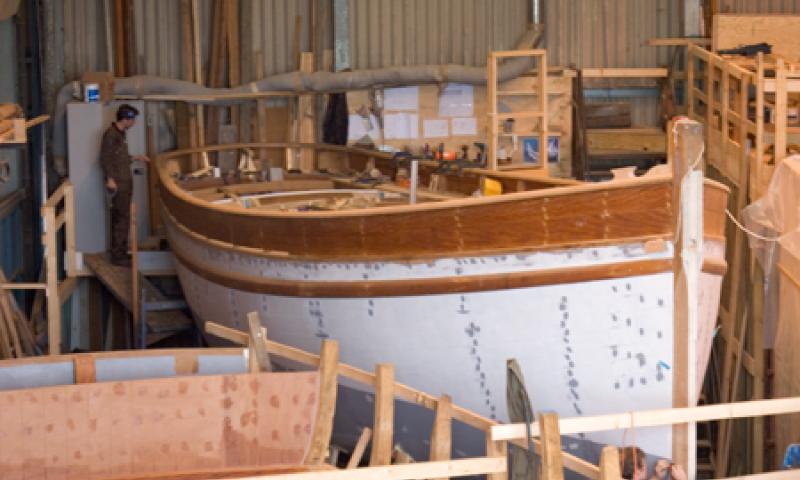 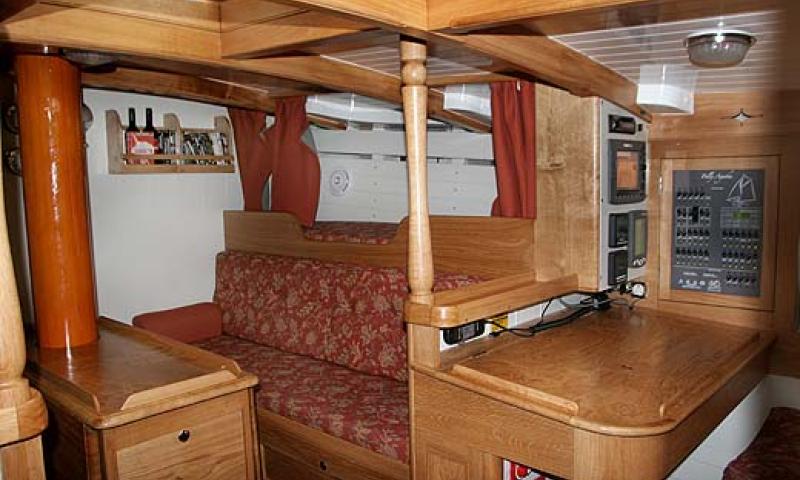 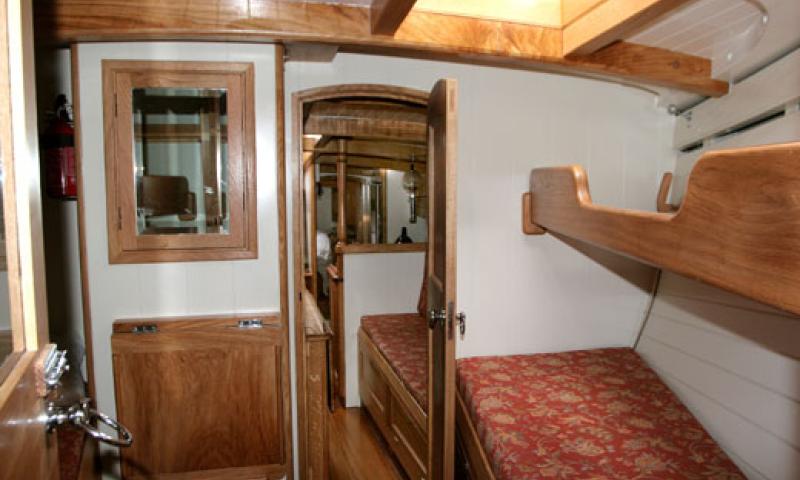 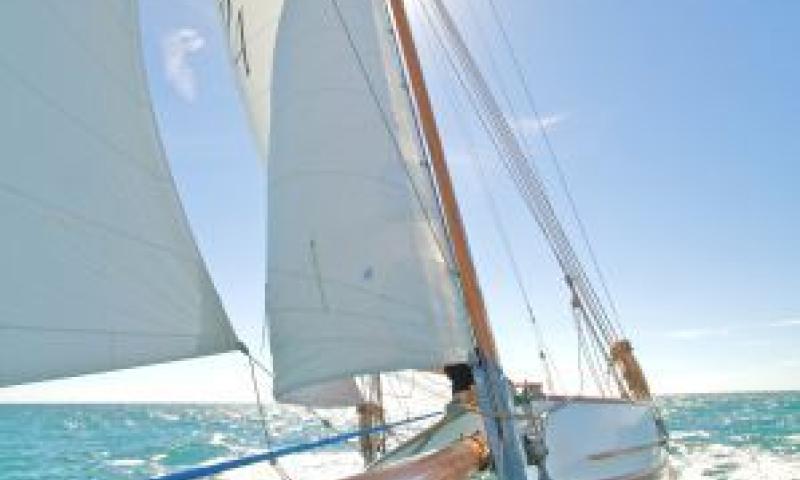 POLLY AGATHA's hull is an exact replica of Bristol Channel Pilot Cutter PEGGY, built in 1904 by Rowles of Pill, with the lines taken off the original vessel which still sails today.  The hull is of larch planking on grown oak frames and bronze fastened.  Her internal ballast is lead with the ingots buried in concrete as per the original vessel.

All of the scantlings are the same as the original and the method of construction has only two exceptions. One is the use of bronze bolts and screws instead of the original iron centre line fixings and bronze nails for the planking to frame fixings.  The other difference is the deck. The new deck is two layers of marine plywood sheathed in epoxy and glass overlaid with 3 inch wide teak. This option has been selected as an improvement to the original build to increase strength, stiffness and durability – a modern deck on a traditional hull.

POLLY AGATHA has the traditional lines of a pilot cutter, yet is fitted out with a modern interior and equipped with all the latest technology.  Internally, the accommodation is more modern and luxurious using solid English Oak. The layout has a large master cabin with an en suite head and shower. There is a traditional head in the bow and a forward cabin with two berths and two extra occasional berths. The saloon has another 4 berths including two occasional on the saloon seats, providing a total of 10 berths. There is a large galley and navigational area which includes all the amenities required to license the boat as a sea school.