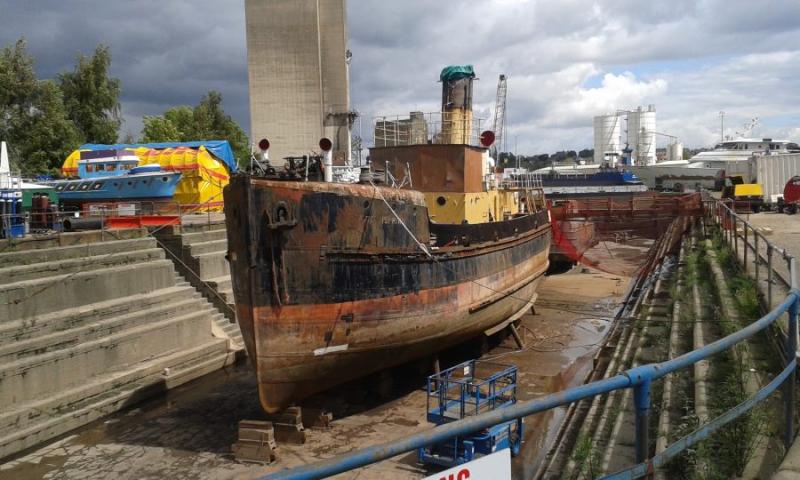 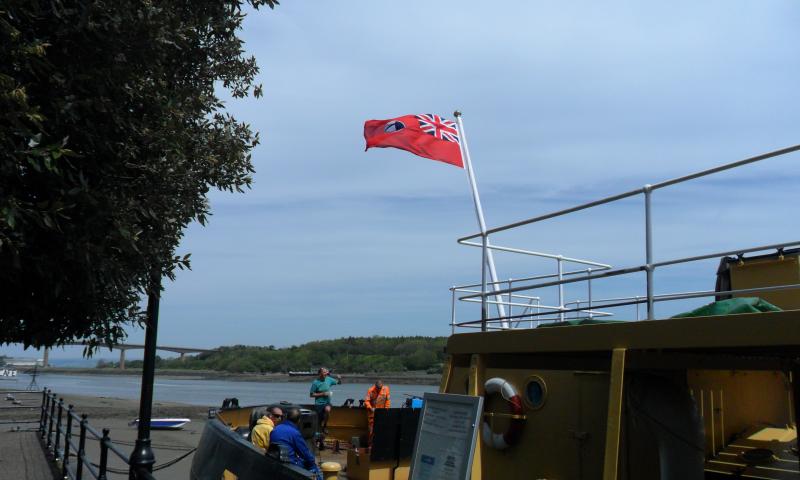 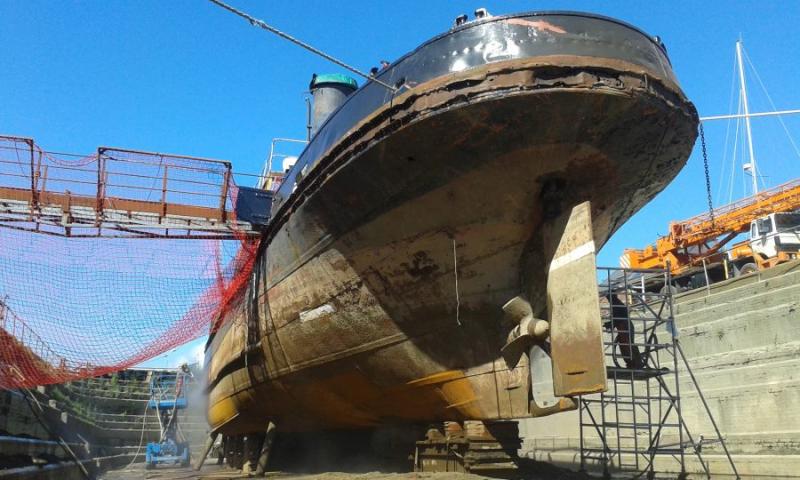 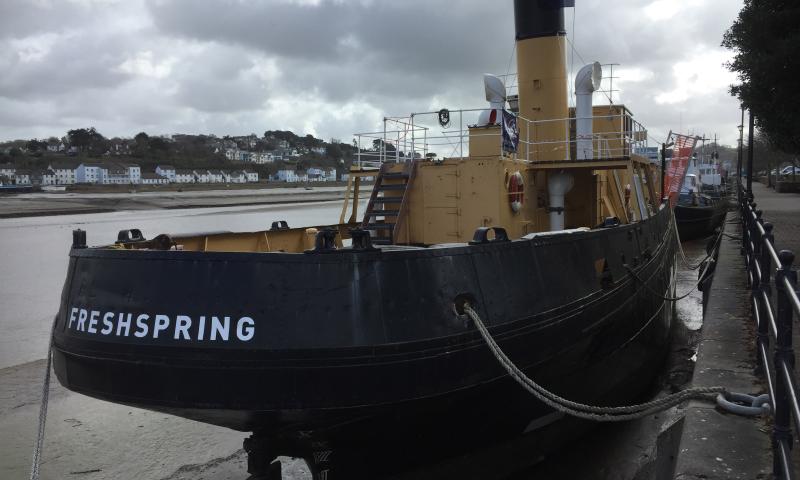 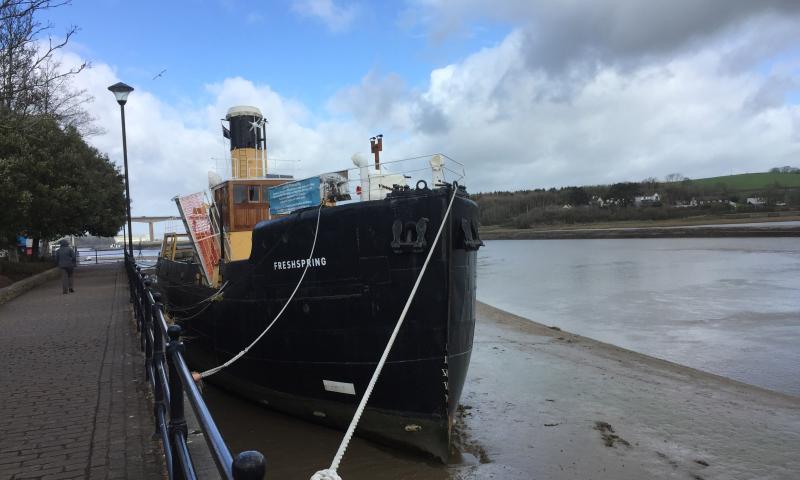 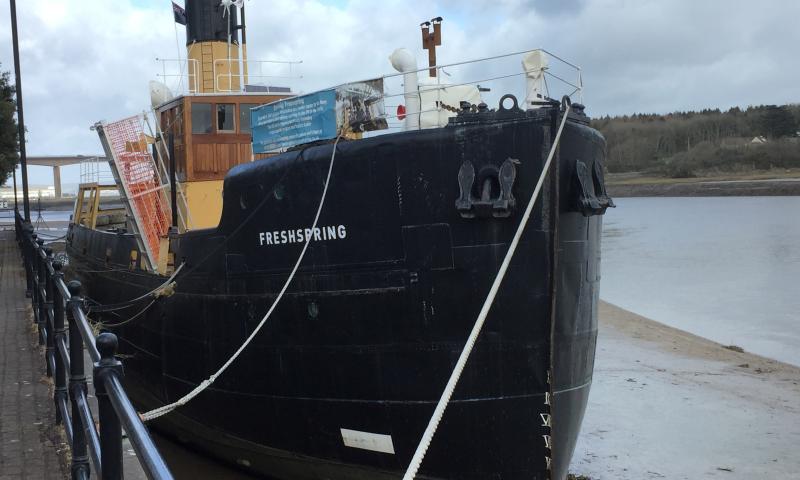 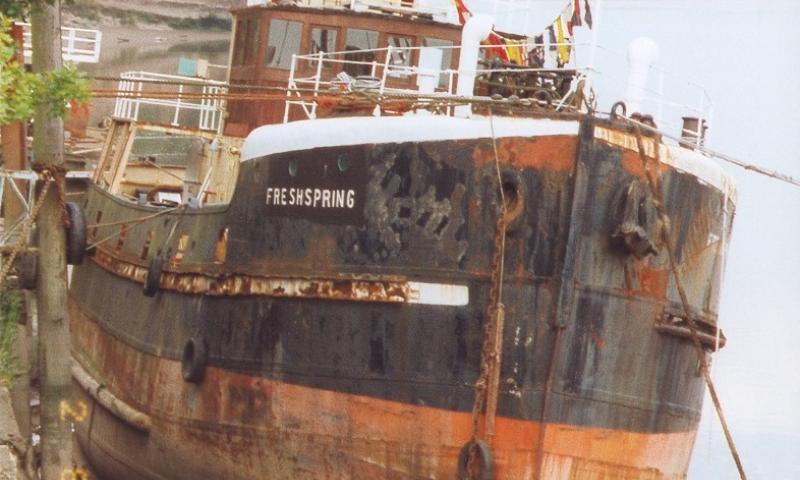 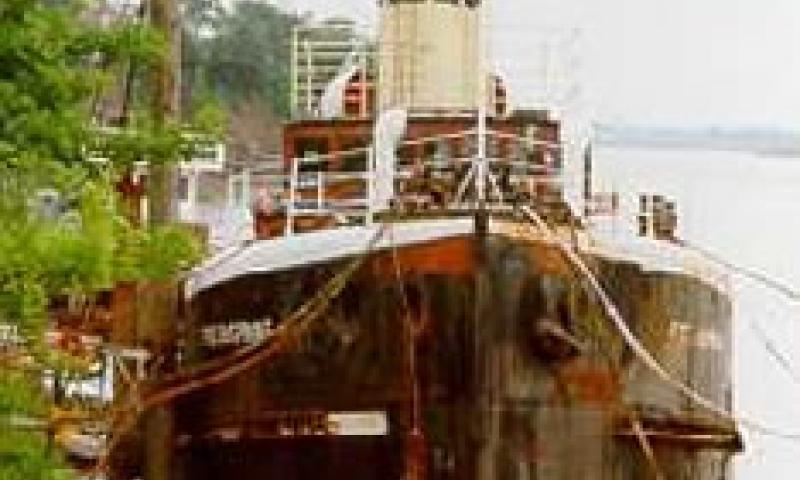 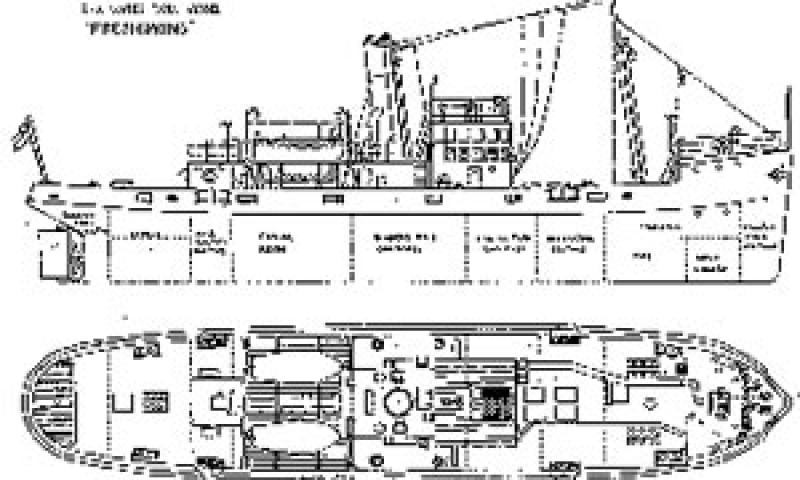 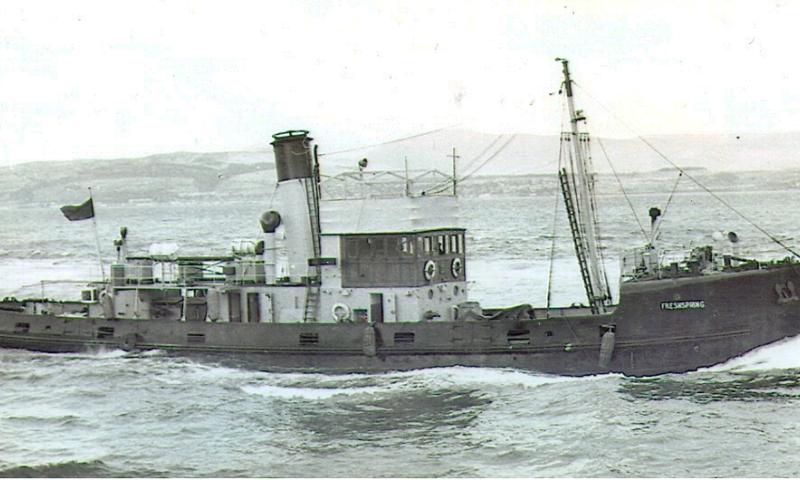 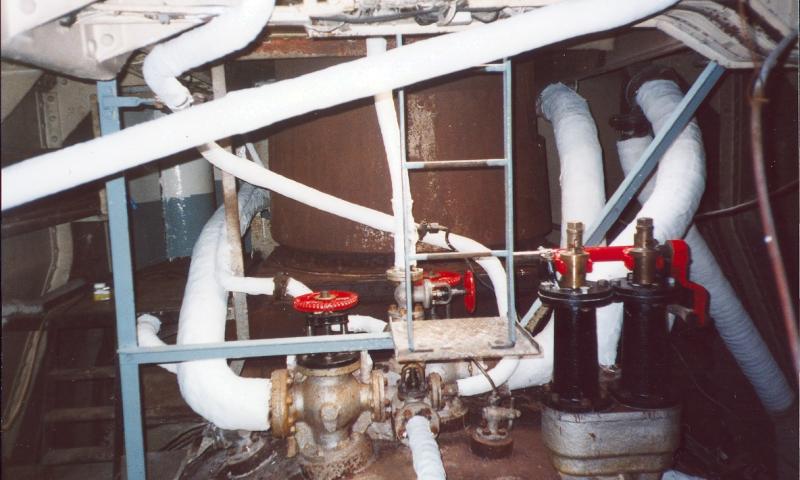 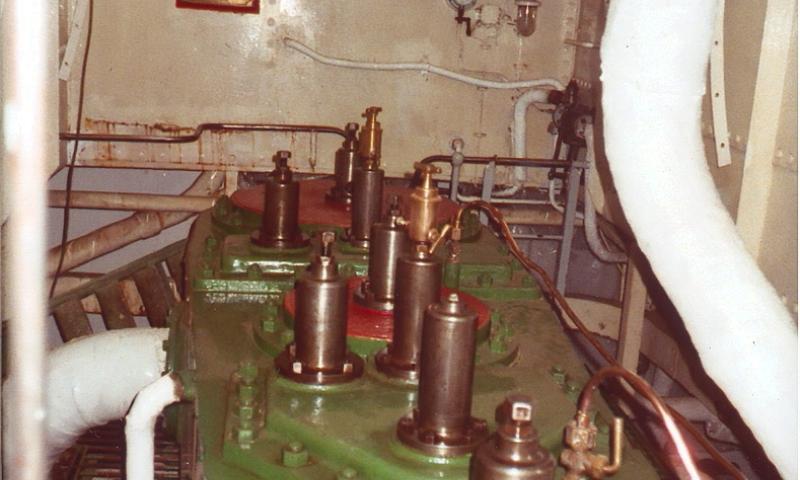 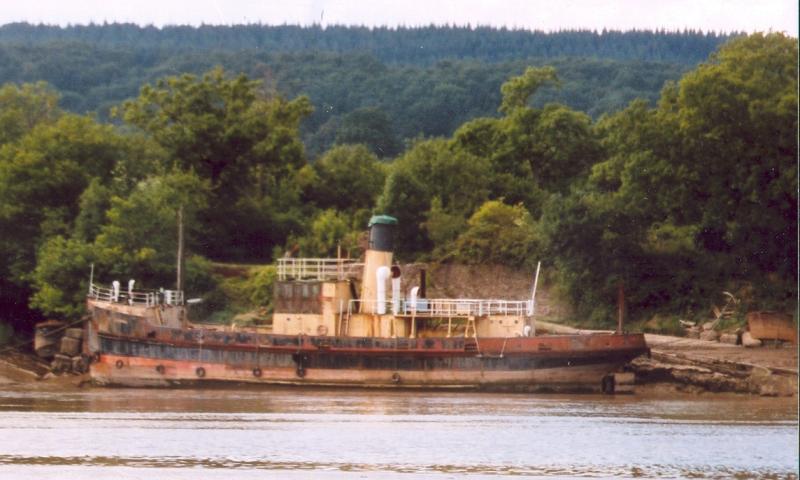 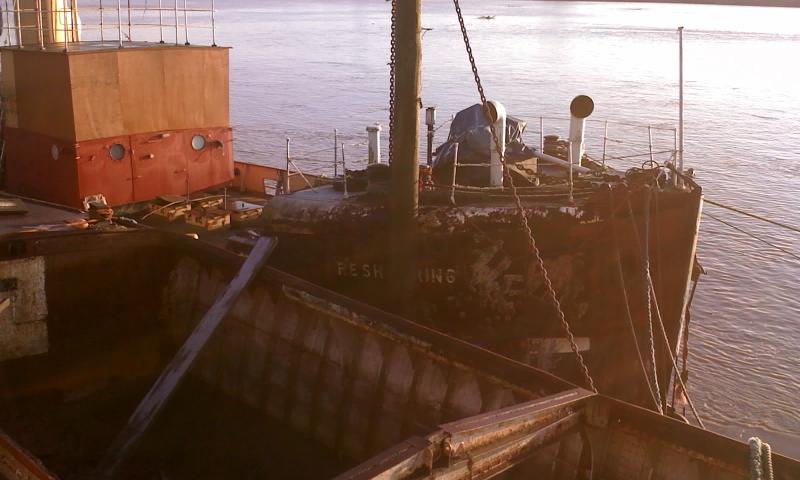 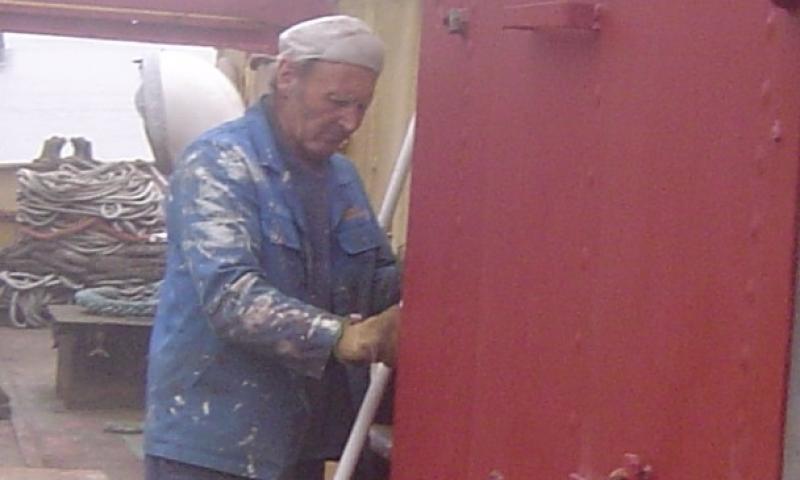 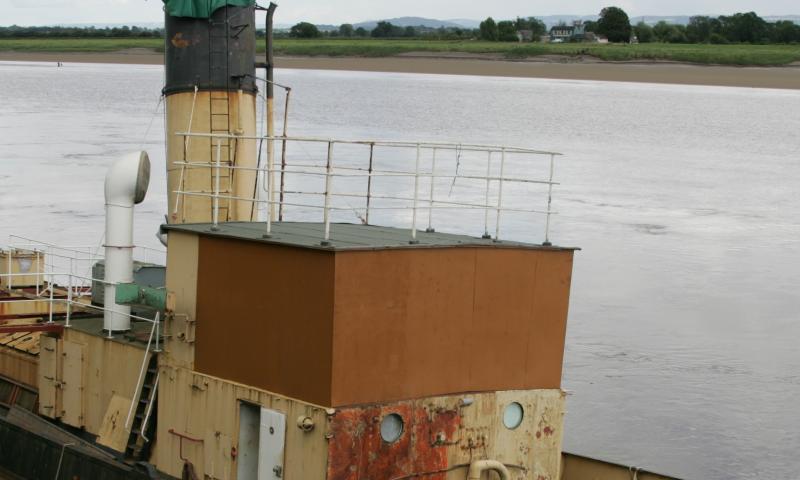 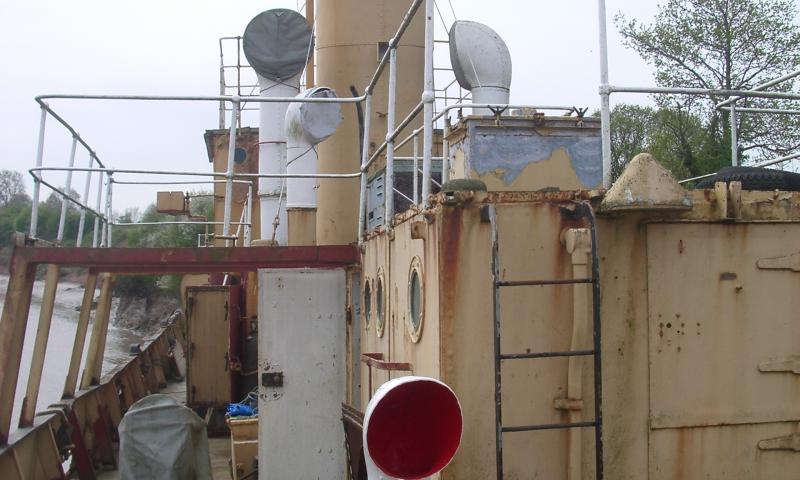 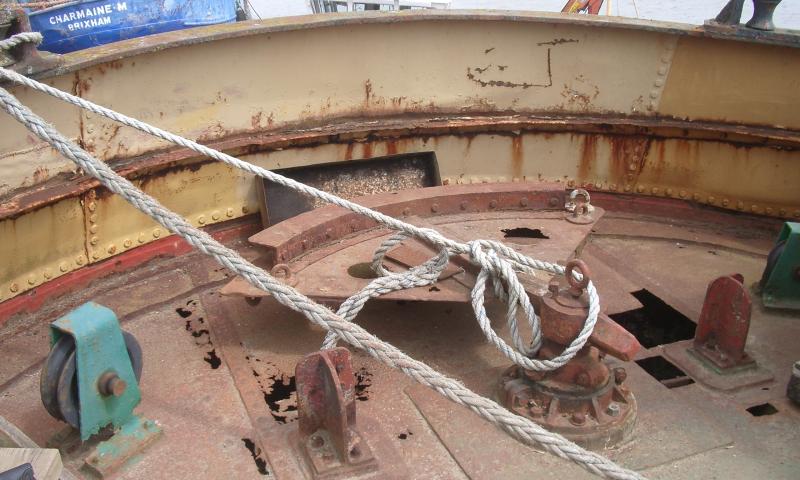 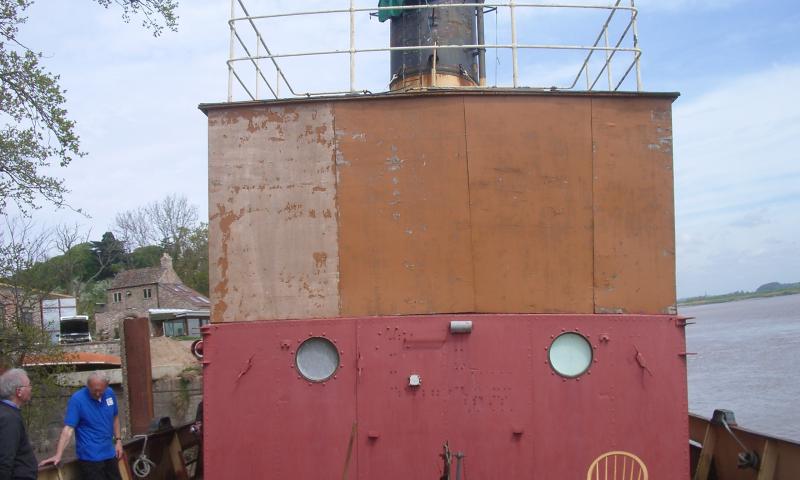 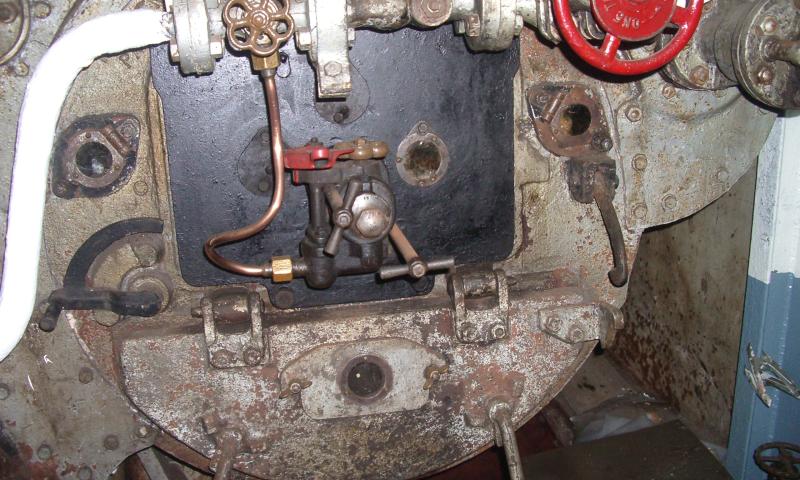 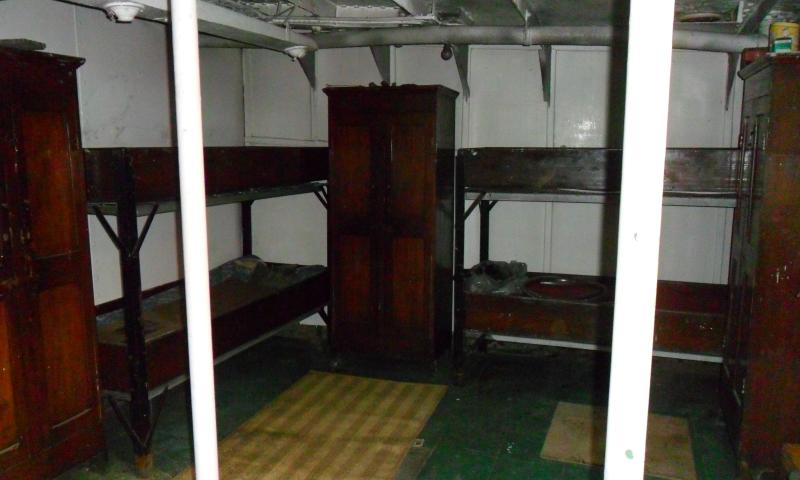 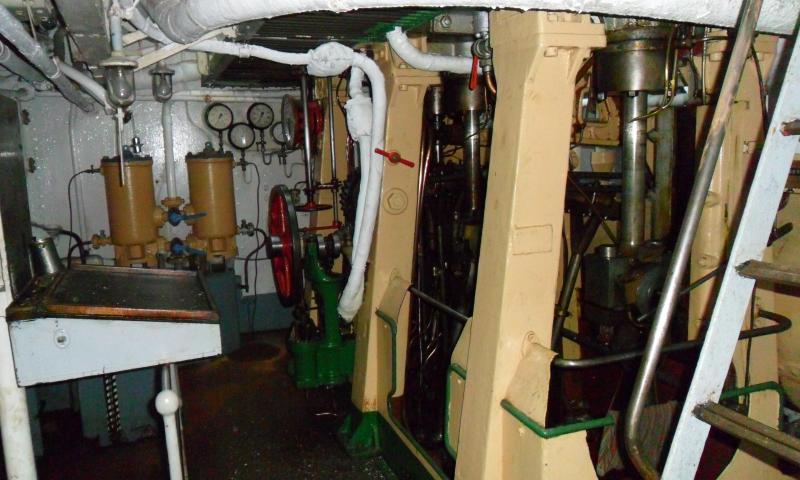 FRESHSPRING was designed to carry 236 tons of fresh water for delivery to warships at dockyards and naval anchorages and also had a limited fire-fighting and salvage capability. She is remarkably complete – her hull and superstructure are substantially intact, whilst her steam engines are in outstanding condition due to the care given to them over time.  Completed in 1946, the hull and superstructure are entirely of riveted construction incorporating a traditional timber bridge amidships, a straight stem, and counter stern. There have been no changes to her layout and the accommodation is arranged with the deck crew forward and engineers aft and the captain’s cabin below the bridge. Lavatories and shower are in the forepeak and the galley is on the aft deck.  With her pre-Second World War configuration, she reflects the type of general cargo vessel that was the work-horse of the British (and indeed other world nations) mercantile fleet from the 1920s to the 1950s. She is a rare survivor of this period, with only one other UK vessel remaining of similar appearance, scale and with its machinery (SS ROBIN), but dating from a much earlier period.  FRESHSPRING’s boiler, triple expansion engine and all other steam auxiliary machinery is original and of similar configuration to those on sea going vessels from the turn of the century. Overall, she remains largely original from the time she was built whilst being highly evocative of early 20th century sea going steamships in style and features.  Temporary repairs have been carried out to make her safe to tow at sea and berth as a static exhibit.

FRESHSPRING was the last coal fired seagoing steam cargo ship built to Lloyds 100A1 standards at Lytham Shipbuilding & Engineering Co., Lancashire, with only the HAZELFIELD following her as an oil fired steamer. The yard had a famous and long history of building unusual sea and river craft. She was also the last of the Fresh class to be built and has become the sole survivor of this class.  FRESHSPRING has international associations with Malta which was her first naval station and regional links to Scotland where she subsequently worked for the Port Auxiliary Service, operating on the Clyde and West Coast.  In later life, she was towed to Bristol, where she was briefly used for the experimental use of alternative fuels to power ships' engines.  FRESHSPRING is well documented both individually and as one of her class, with logs, records, drawings and even verbal recordings of those who served on her.  FRESHSPRING has been recorded on the National Register of Historic Vessels since 1996.

FRESHSPRING has a large-volume hull to accommodate the cargo tanks. Her straight stem with whaleback housing heads and showers and full bows contribute to achieving maximum capacity within the overall dimensions of the ship, whilst the counter stern brings an element of elegance to her workaday hull-form. The galley, crew cabins, toilets and wash facilities installed for prolonged operations are simple and basic as was normal on early steam ships. The Captain’s Cabin is below the bridge and slightly more lavishly appointed.  Her profile is typical of the once numerous coastal steamers and is now a unique feature not seen on any other ship afloat. Her form reflects absolutely her role as an RN water carrier and the earlier deep sea trawlers of similar design.  FRESHSPRING is now based in Bideford, Devon where she is carefully maintained afloat by volunteers, pending planned conservation work to return her to operational condition.

Between 1940 and 1946, fourteen coal fired steam-powered Fresh-class water tankers were built for the Admiralty by Lytham Shipbuilding & Engineering Co., Lytham, Lancashire.  They were designed to carry 236 tons of fresh water for delivery to warships at dockyards and naval anchorages. They also had a limited fire-fighting and salvage capability.  FRESHSPRING was the last of the class to be built, launched 15 August 1946, and completed 10 February 1947.  Her boiler and engines were manufactured by builders.  She has become the sole survivor of her class.

FRESHSPRING was based at Malta in the 1950s and early 1960s, and then returned to the UK to operate on the Clyde and the west coast of Scotland for the Port Auxiliary Service.  She was converted from coal to oil fuel in 1961.  Surveyed and refitted at Ardrossan in 1969, she was then towed to Gareloch where she remained, presumably ‘mothballed’, until being offered for sale in 1977, after which she was kept by two private owners.

Rather than see the ship scrapped, a group set up a Trust and in 2016 the National Heritage Memorial Fund provided a grant to tow the ship to a dry dock, re-plate sections of the hull and tow her to a new berth in Bideford, where the ship was berthed on 16th October 2016.  Since then an every growing number of volunteers have been working on enhancing and maintaining her, whilst another group have been planning and working towards the ship's future.

In 2017 the team were successful with their grant application to the Heritage Lottery to restore the wheelhouse (the original of which had rotted away), carry out further work on the decking and superstructure and employ an Education Officer and a Project Manager.  The Trust's objective is that by 2025, FRESHSPRING will be fully restored to working order and a nationally recognised attraction, both as a maritime resource and as an educational facility and tourist attraction to North Devon. 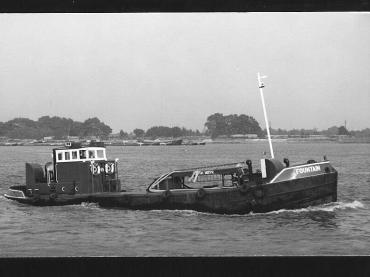