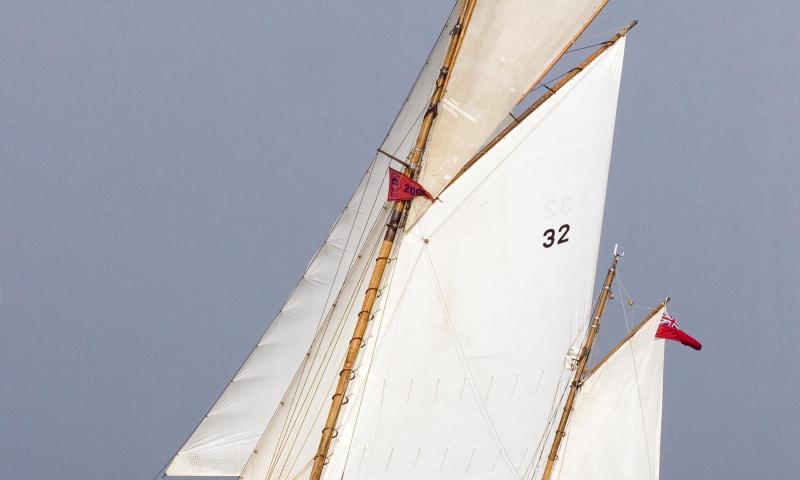 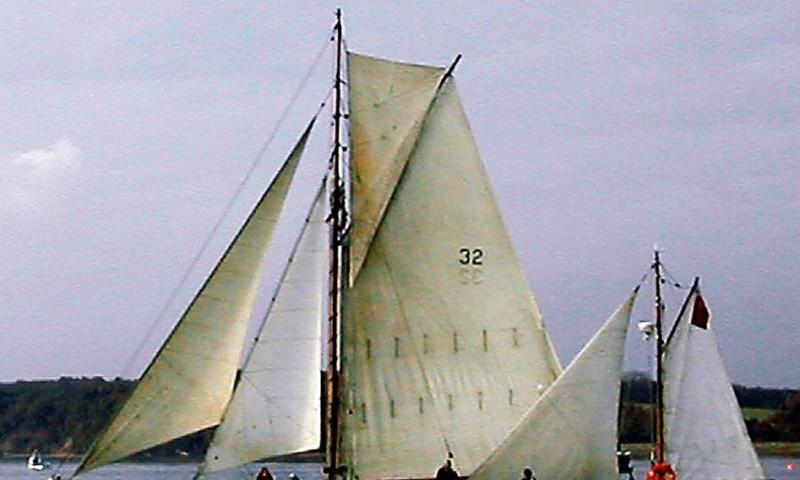 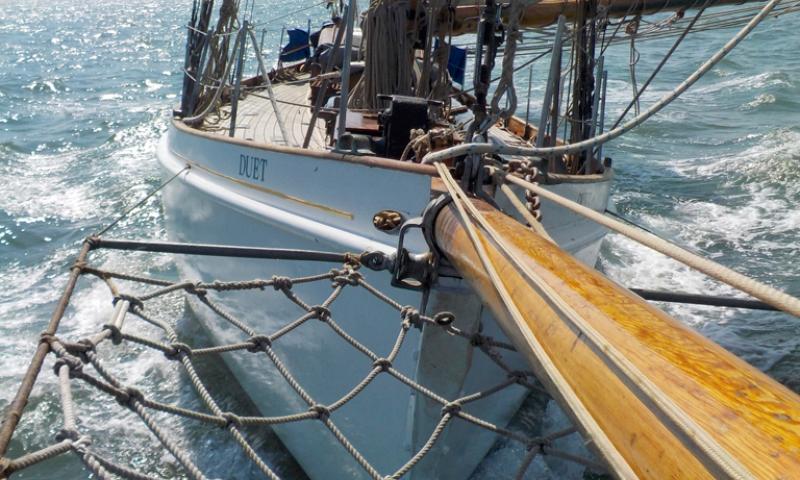 DUET was built as a gaff yawl, a leisure craft and was owned since 1932 by famous Essex Courtauld family, first of which was explorer Augustine Courtauld. Used for intelligence and reconnaissance in the Second World War, she then went on to be the founder boat of UK sail training, originally with Ocean Youth Club, now with Cirdan Sailing Trust.

She won the Gaffers Class 1975, the Fastnet Oldest Competitor of 2013, the Fastnet First overall Tall Ships Race winner in 1983 & 1994, the Overall winner of the Tall Ships Regatta 2014 plus numerous other race accolades..

In 2012 Rev Christopher Courtauld set up a legacy fund to help maintain the vessel and ensure her continuation in sail training.

In February 2019 it was reported that DUET was recently re-launched at Fox's Marina and Boatyard, Ipswich, Suffolk. 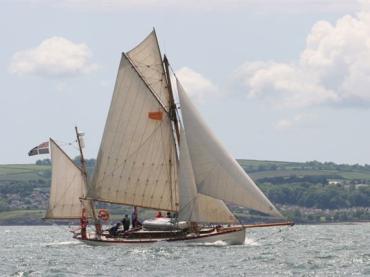