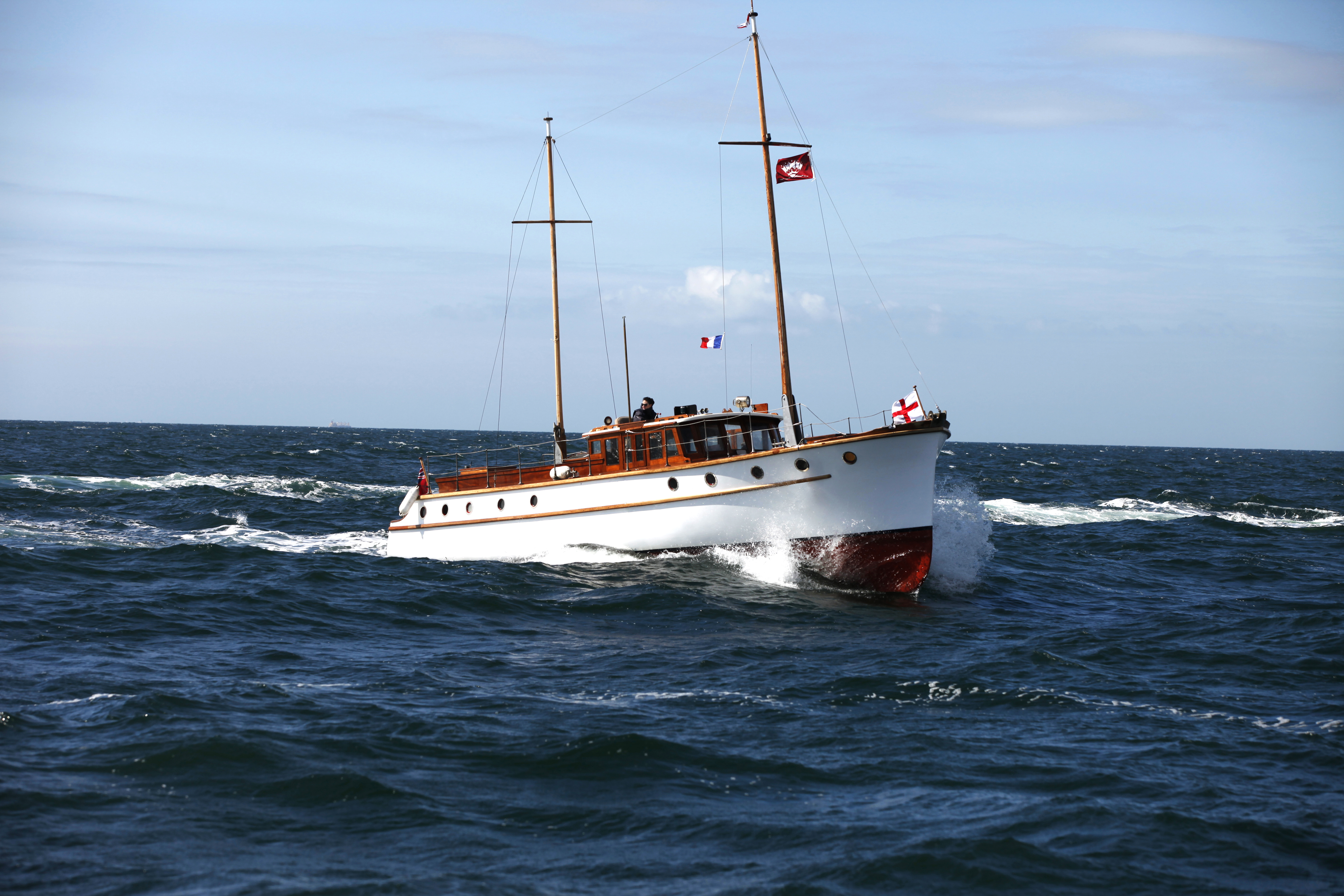 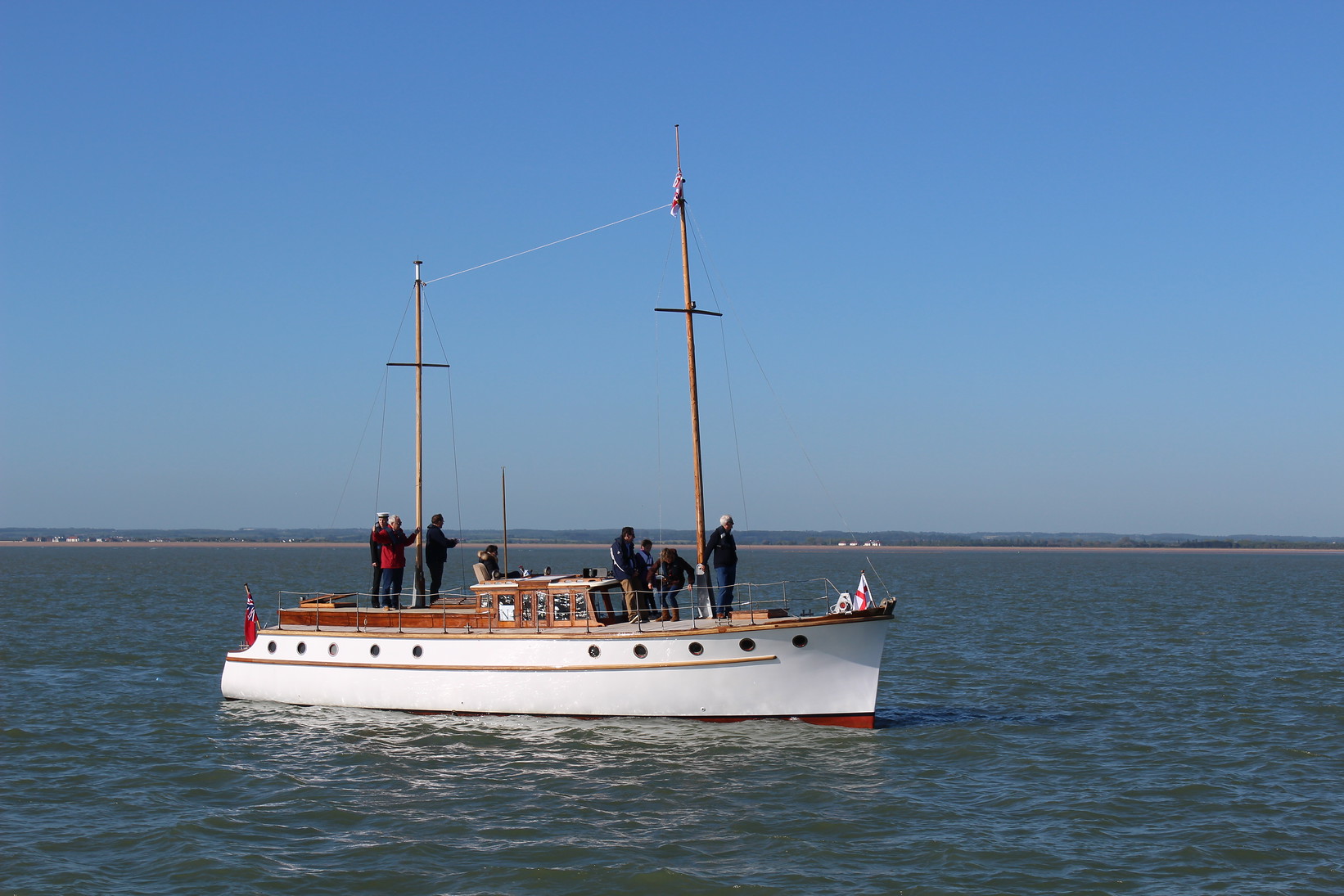 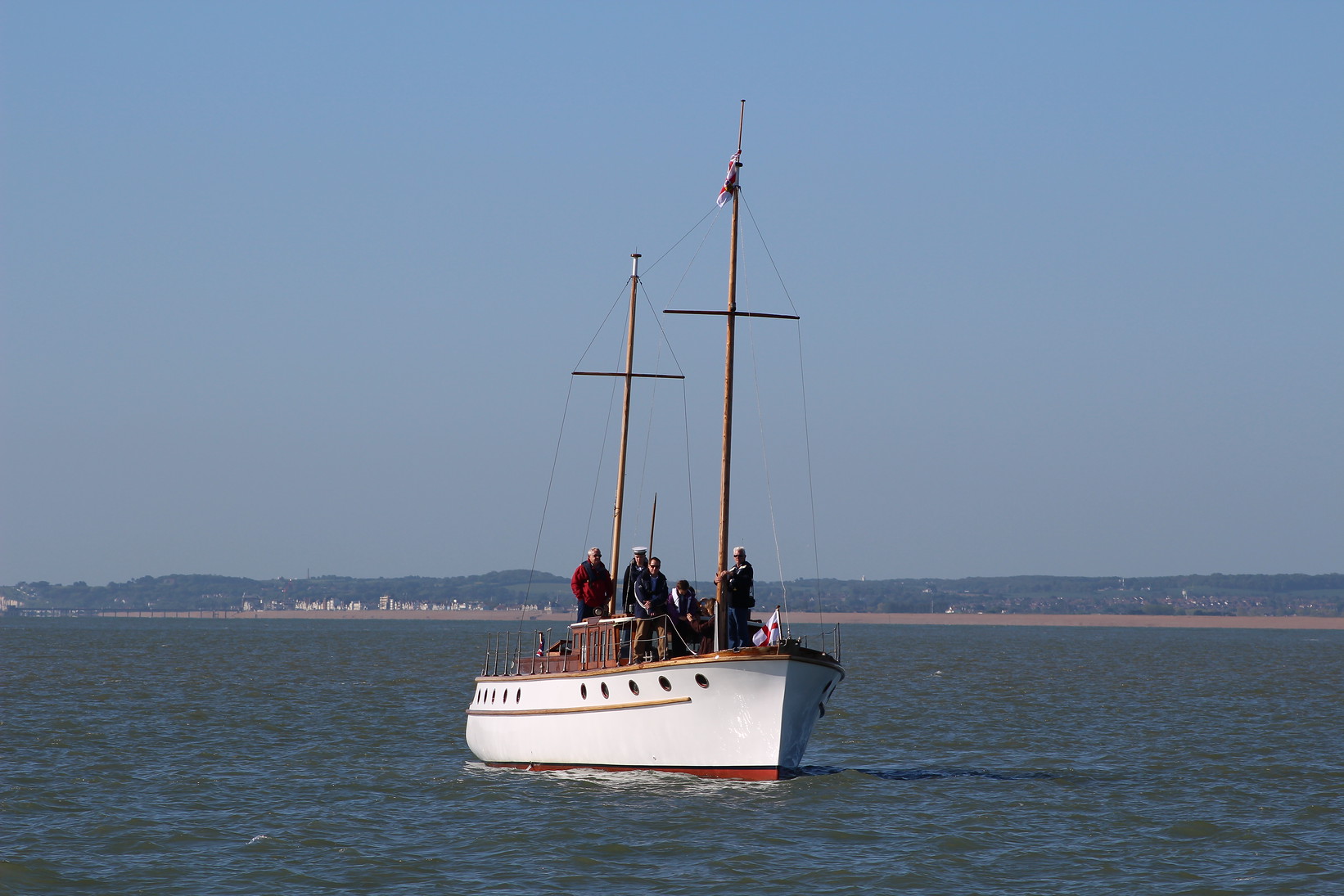 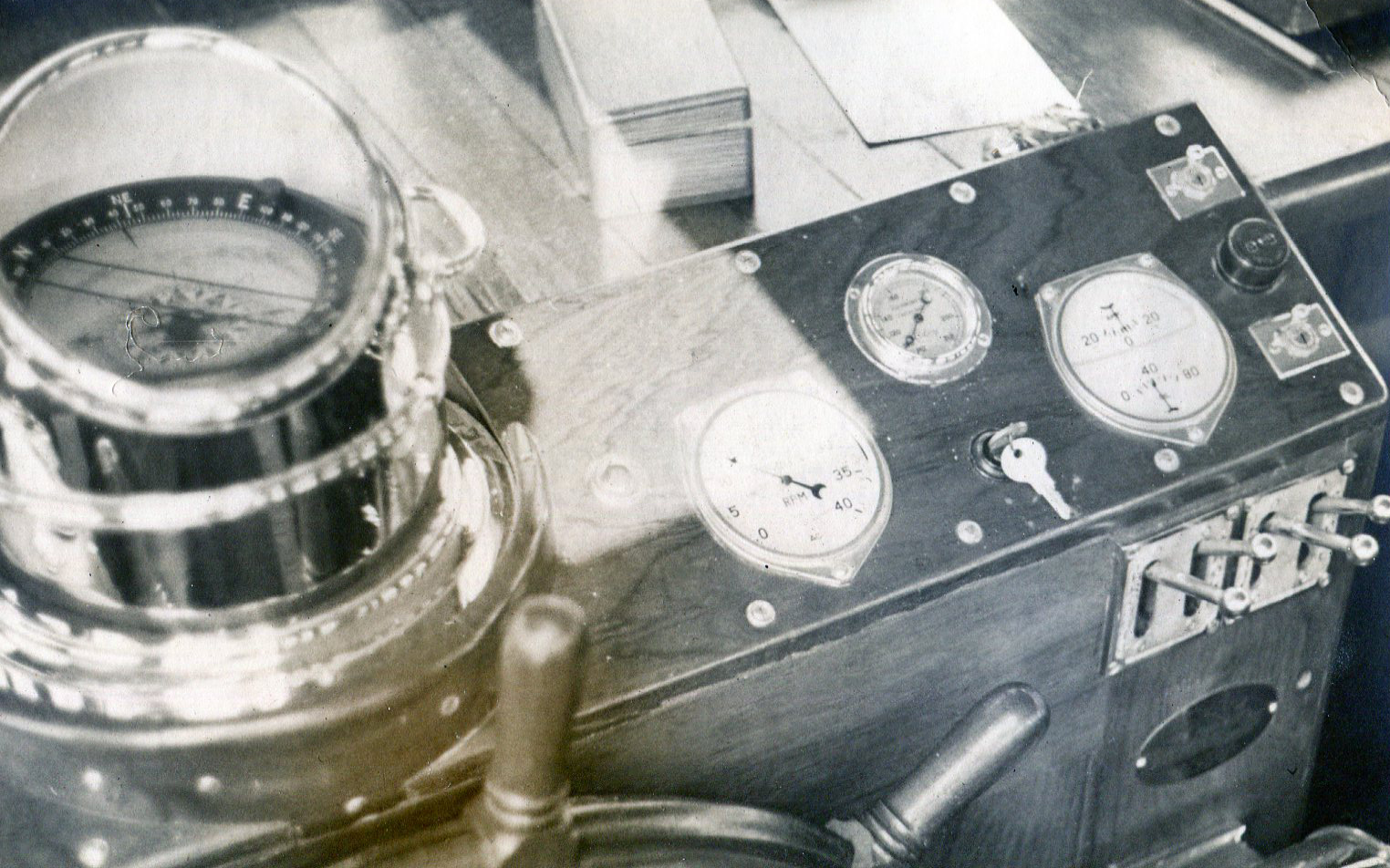 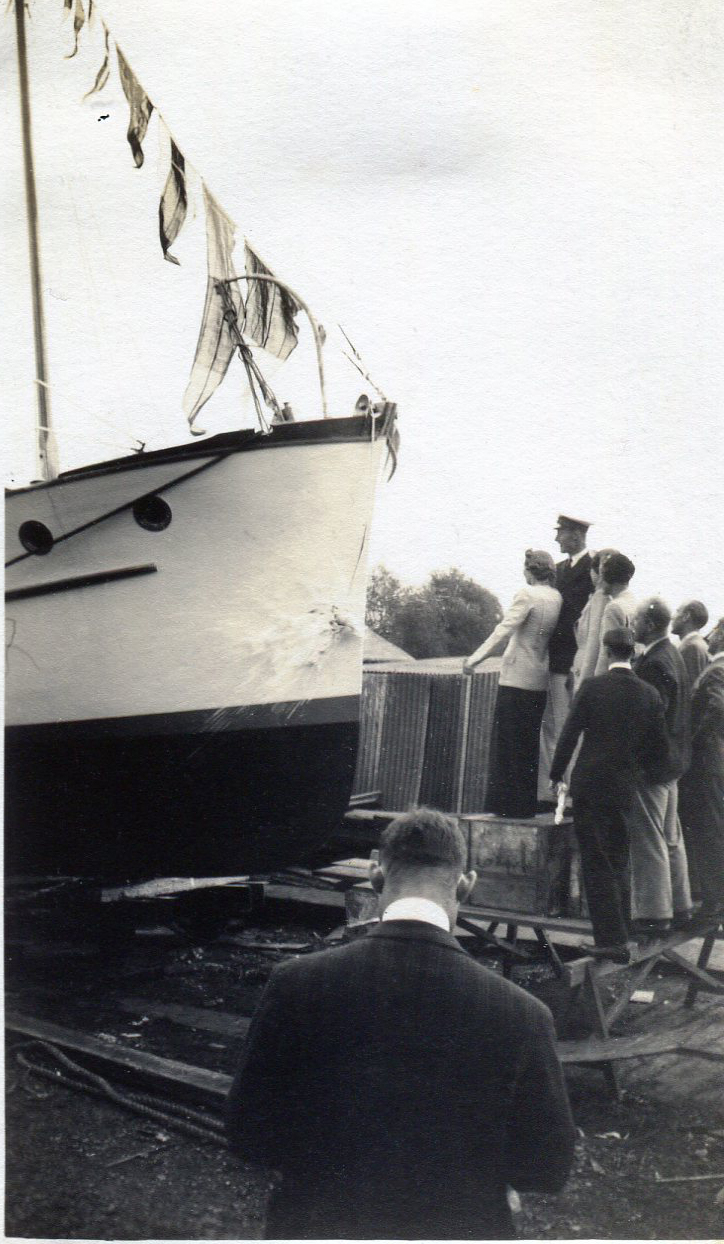 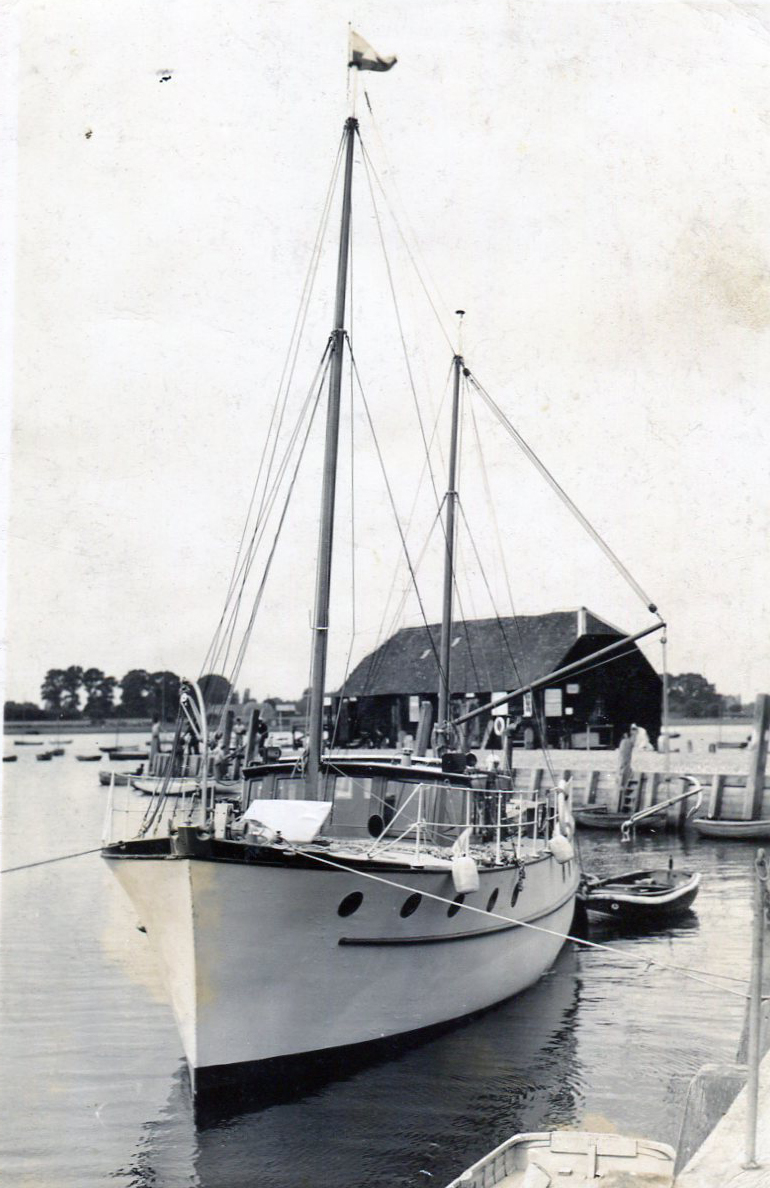 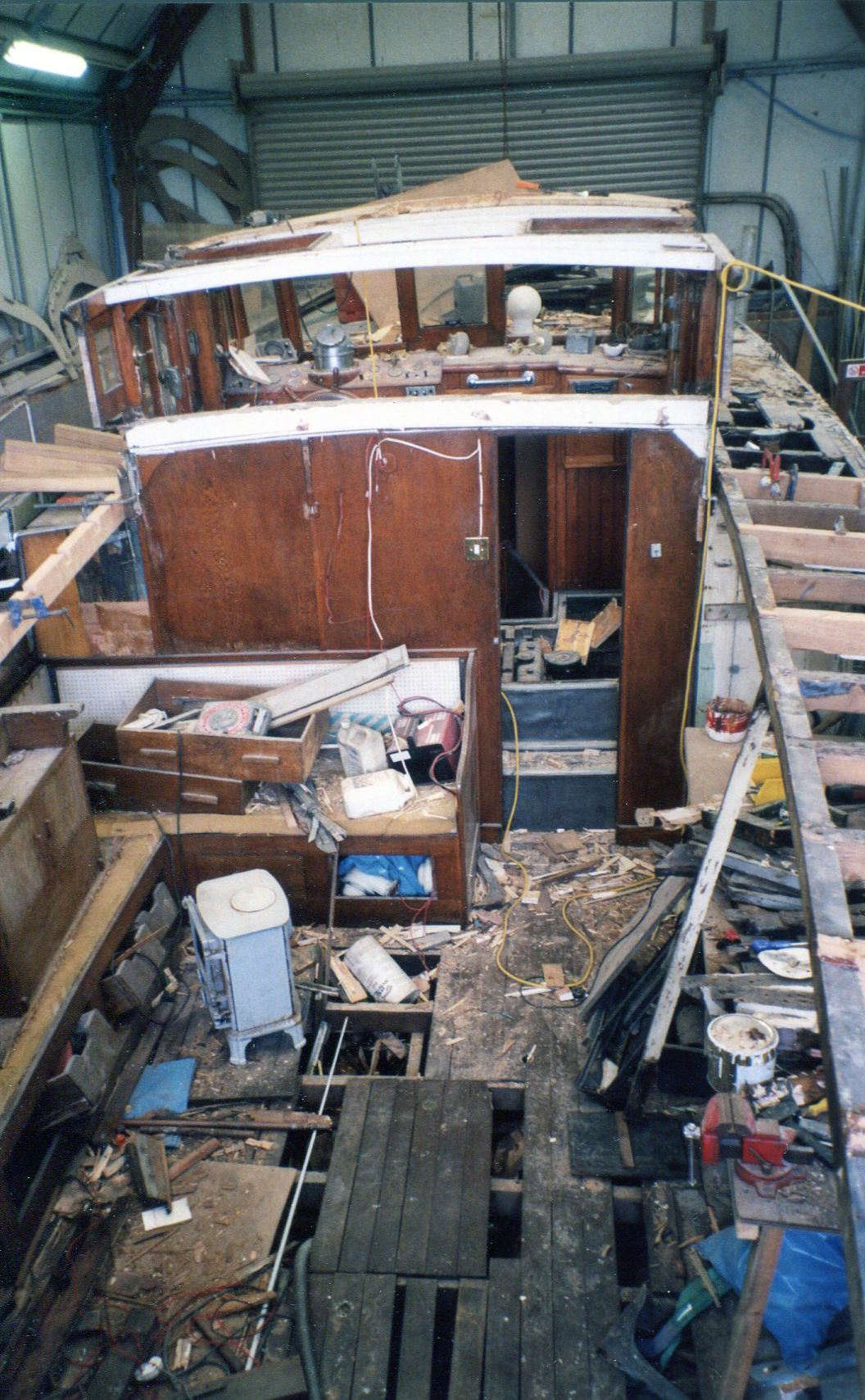 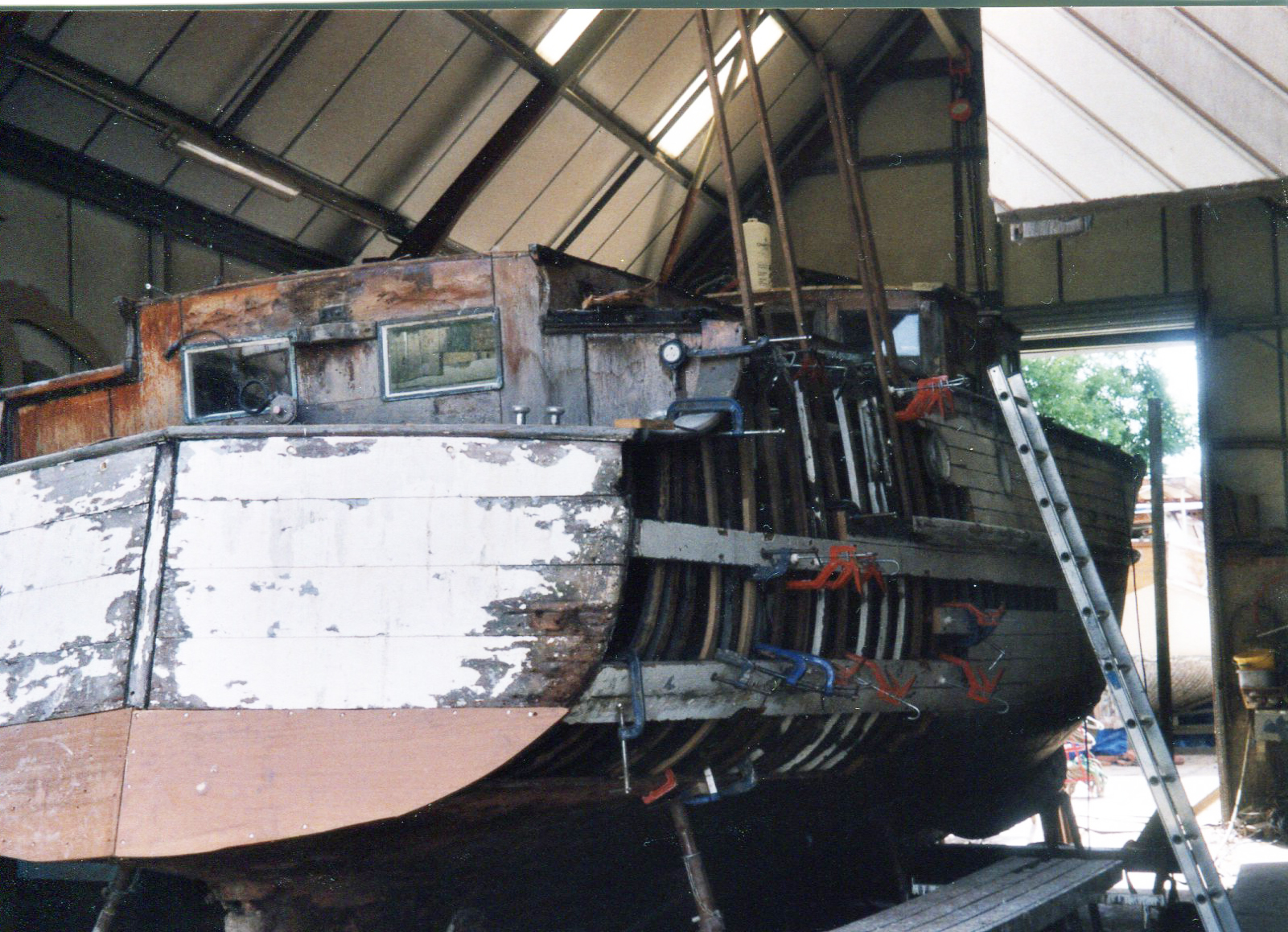 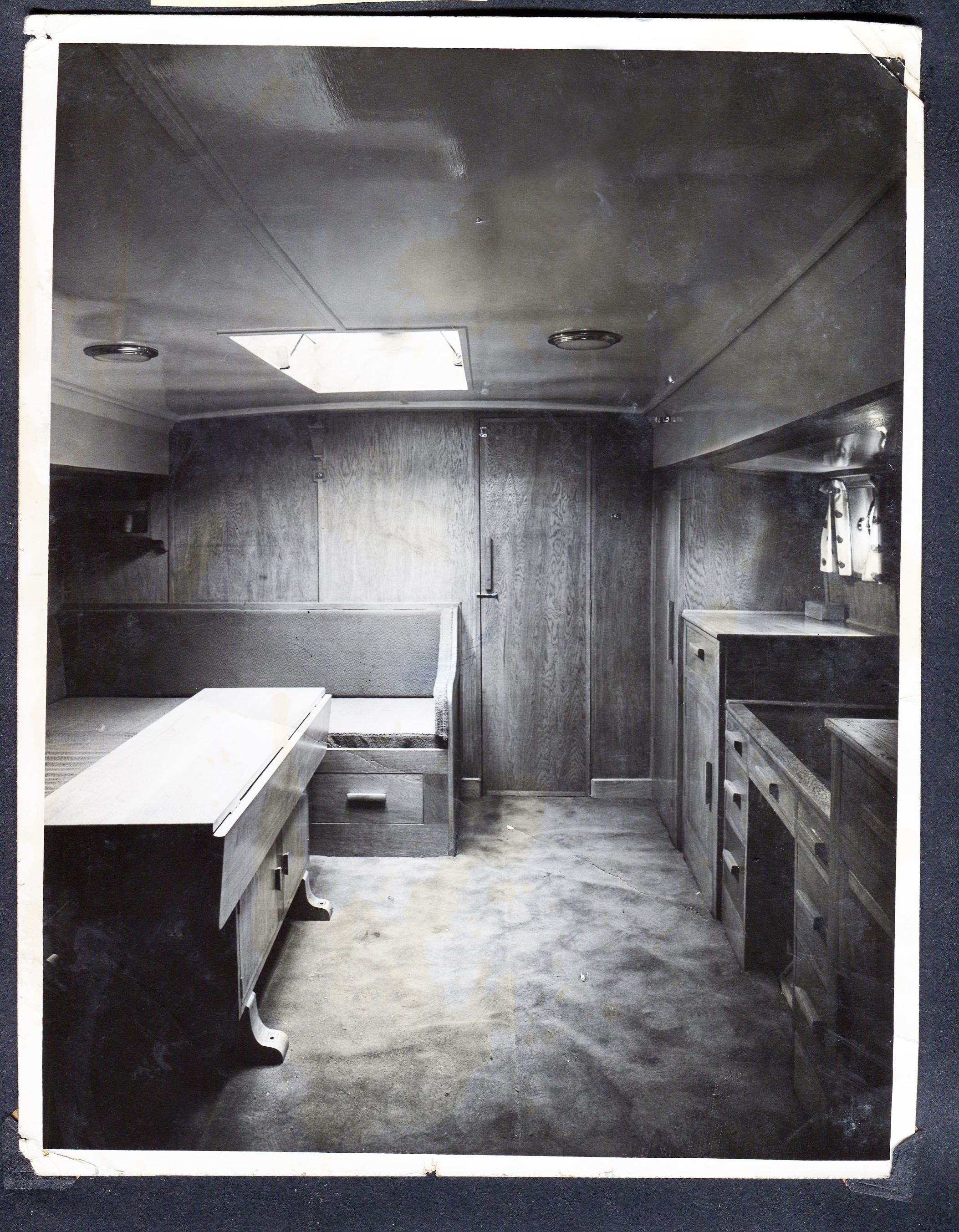 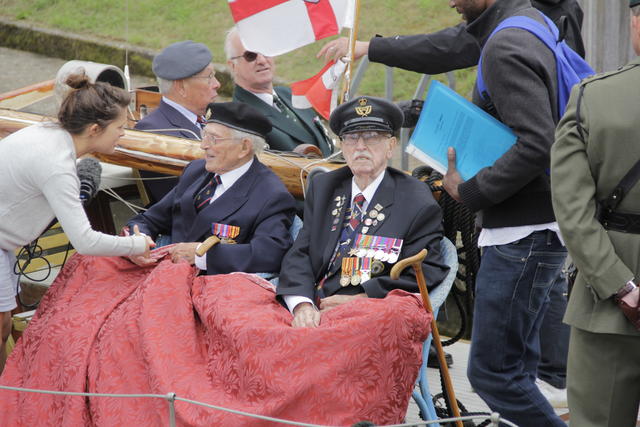 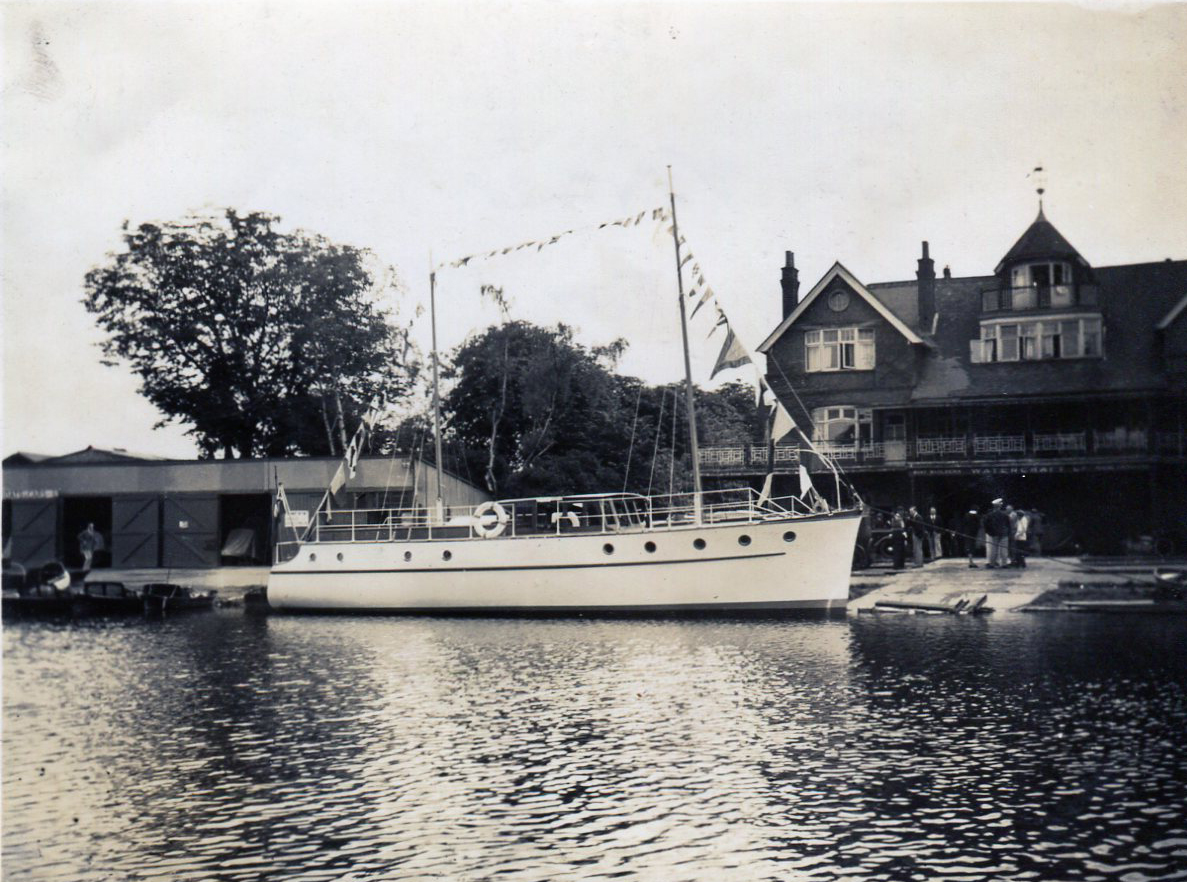 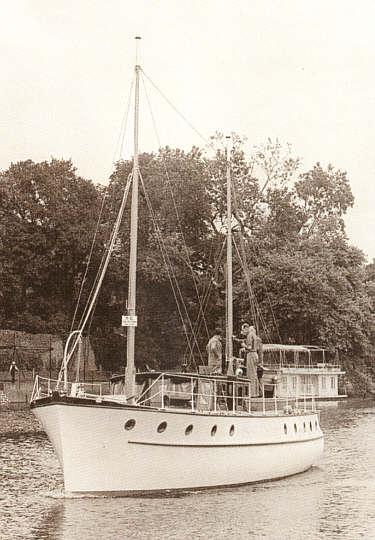 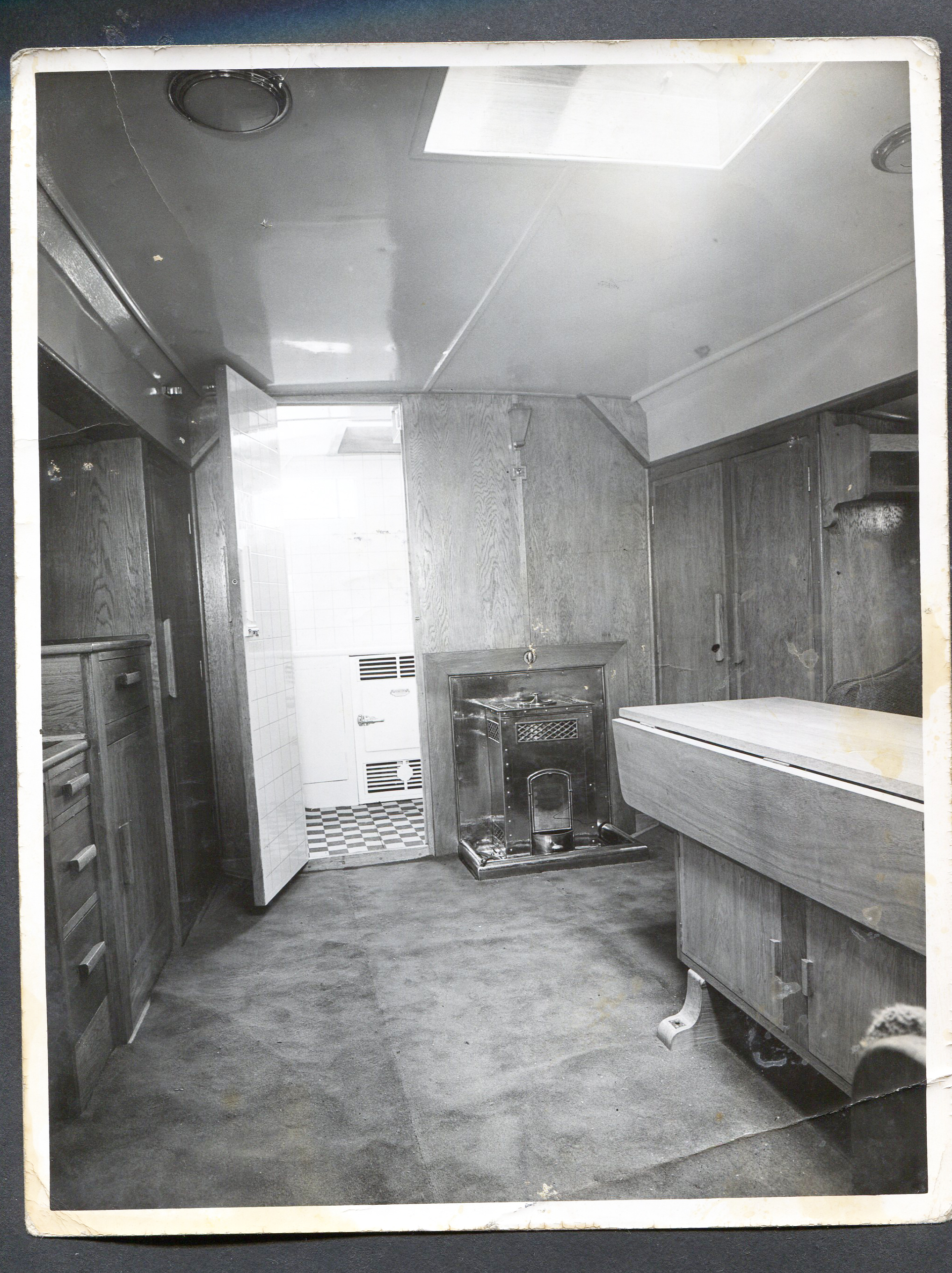 The Gay Venture, a 45ft Watercraft cruiser was built for ex-Brooklands racing driver, Douglas Briault. He took up the more leisurely sport of yachting and wanted a boat that he could use as a floating home.
​
Gay Venture's design was based on the hull of a naval pinnace. She was rigged as a ketch, but her two short masts only carried 267 square feet of sail. Despite her 2-ton iron keel, she had a mere 4ft draft which would not have given her much of a performance to windward. Gay Venture's machinery below decks was more impressive. Her two 58 hp 6-cylinder Gray engines with reduction gears gave a cruising speed of 9 knots at only three-quarters of her available power. Her well-insulated engine room beneath the bridge deck, lined with asbestos and perforated zinc, was built for almost silent running.
​
Gay Venture was the largest boat ever built by Watercraft at Molesey, and her 12ft beam (wide for those days) provided space for a comfortable interior. Forward of the bridge, one stepped down into the state room which led into a comfortable bathroom. Behind the wheelhouse was a large saloon with access to the spacious galley. The ship was built for two; any professional crew would have to sleep on the settee in the wheelhouse.
​
The Briault’s planned her as a floating home, first to be moored at Bosham, near Chichester on the South Coast and then to cruise the French canals from Brittany and the Garonne down to the Mediterranean Riviera. Against the British climate, she had a coal-fired stove and central heating system. This could have been the cause of a serious fire which troops returning from Dunkirk were thought to have started by accident. However, her solidly built hull, with 1inch pitch pine planks on oak and decks of teak with grooved pine survived. The low, well pro-portioned wheelhouse was made of mahogany and teak. The panelling and the floors of the saloon and state-room were of American oak. She cost her first owner £2,100 in August 1938.
​
The Briault’s had every reason to be proud of Gay Venture and sold their home to pay for her. But just a year after they launched her on the Thames, war broke out. She was requisitioned to become His Majesty's Yacht Gay Venture - a Royal Navy Patrol Ship in the Thames Estuary, flying the White Ensign. Her owner joined the Royal Navy and three years later took part in the raid on St Nazaire as skipper of a Naval mine-laying craft, records suggest that Briault survived St Nazaire.

Around 1965 Gay Venture was owned by Don Waddleton and his wife Joan for 25 years, for fifteen of those years they lived on board and cruised extensively.
​
In 2004 her ownership went into the hands of Miss Heather Dinler, at only 19 years old probably the youngest owner to date, she took ownership from her parents who bought Gay Venture from the Waddleton’s in 1990. Heather remembers spending her youth in the 90’s cruising the Thames throughout the summer and spending time at official Association events and at Tough’s Boat yard where she was moored, (It was at Toughs of Teddington that Douglas Tough requisitioned many boats for the Navy). Due to work commitments abroad and other family matters Heather’s father was unable to maintain Gay Venture and moving forward to 2004 she was located at Turk’s yard in Sunbury which was closing due to redevelopment and Gay Venture by this point was in a very bad state of repair, so much so her future looked very bleak.
​
Heather always had a huge appreciation for the Association and what it represented. Even from a young age, her affection for her family boat and the memories evoked from her childhood inspired her to restore Gay Venture, a decision she says changed the course of her life forever. Still at college studying Fashion, she finished her school year and then found work as a lock Keeper at St Katherine’s Dock in London and with some financial help from her Mother and some inheritance from her Grandmother, she sought the services of Michael Dennett Boat Builders in Chertsey and so started Gay Ventures immense restoration.
​
The plan was to make this old lady externally water tight, the interior could come later. Her condition at this point was very poor as she sat in the water at Sunbury with a 6ft by 8ft hole in her aft starboard side, her decks leaked and had many holes in them, her cabin roofs were rotten through and her interior, aside from a few surviving pieces, was non-existent. However, Stephen Dennett, from Dennett Boat Builders, turned up on a sunny March morning in 2004 armed with a notepad a hammer and an engineer. Everyone was very pessimistic that she would start having sat idle for nearly 5 years, but to everyone’s astonishment after a couple of minutes tinkering she coughed into life and they were off up river to Chertsey.
​
After a years’ worth of work which included new decks, hull planking, new coach roofs and a lot of paint and varnish, in May 2005 Gay Venture made her first Return to Dunkirk with the fleet since 1985 (the year Heather was born). Her interior was sparse, and she still had her old engines, a pair of BMCs with mismatched old tractor gearboxes. The journey was not smooth or easy with many mechanical faults, but the Association rallied around her and she made the return there and back under her own steam.
​
During this restoration the close working relationship between Stephen and Heather had turned into a romantic one and by the next Return in 2010, Gay Venture had new engines, a pair of 85hp Nanni Diesel, a more complete interior and Heather and Stephen were due to be married the September of that year. He proposed to Heather on Gay Venture, this not being the first proposal on this boat, founding member John Knight’s son David had also proposed on her to his wife Sue some years earlier.
After the 2015 return Heather was contacted by a Mr Nick Carter whose Father had recently passed away, in his personal belongings they found his war journals which featured Gay Venture. It transpired he was placed in command of Gay Venture after she returned from Dunkirk in July 1940.

Gay Venture remains in ownership of the now Heather Dennett, (they have three sons) and she attends most official events. Heather and Steve run Dennett Boatbuilders who are responsible for many of the restorations of Dunkirk Little Ships and Heather herself specialises in the interior design of traditional yachts and is an active member of the committee. Gay Venture is not only a boat of historical importance she is a vessel that has strong personal connections for those that have sailed upon her.
​
​