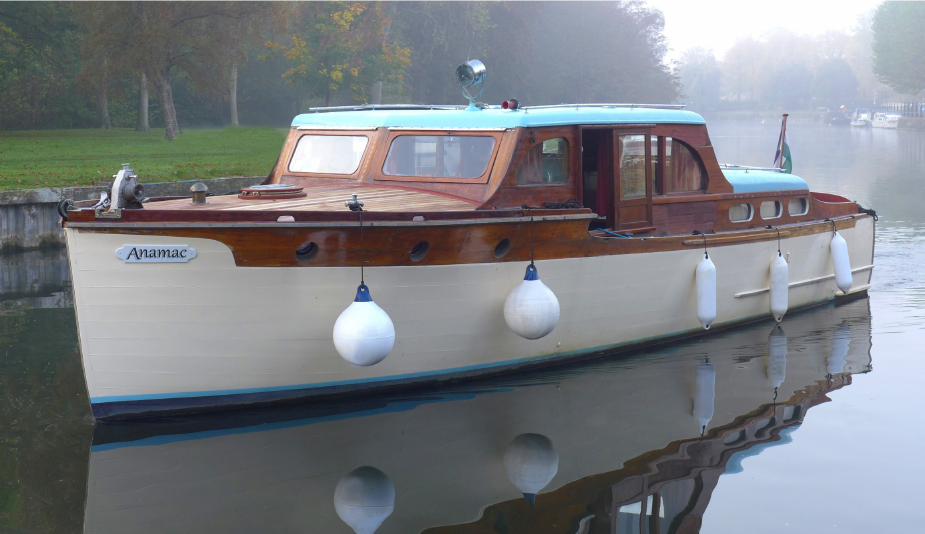 ANAMAC was built in Algonac, Michigen by Chris Craft in late 1937/ 38 as part of only 30 of the 40 foot designed. She was shipped to the UK in 1938 and bought and registered by Lloyds as BIRAC by Sir George Harvey MP and moored in the Fulham area of London. Sir George Harvey died suddenly on March 29th 1939 and the boat remained moored up while registered by the navy as suitable size and draught for potential War work. She was then believed to have been taken to Dunkirk or Sheerness by the Navy in June 1940 as all boats moored below Teddington Lock London were conscripted for Operation Dynamo.  There are photographs of boats like her at Bob Tough's Little Ship Boatyard after the event and only two boats of this type known to exist here.  After that she was Conscripted into the Royal Navy under the name CARDIGRAE II  and served as the Pilot boat in the Pool Of London for the rest of the war.

Registered in small craft service list compiled by the shipping intelligence branch of the ministry of war transport (Caird library ID: PBP1505/1 and PBP 1505/2) records that her service began on 18 December 1942 and that she was compulsorily acquired on 13 May 1943. The nature of her service is given as ‘Misc.N’. The owner is still listed as ‘Acquired by his majesty’s government’ in the 1947 edition of Lloyds register of Yachts

In 1947 she was sold to the river by the Royal Navy and sailed under the name TORRINGTON, and then CUMBERLAND MAID, until she was bought in the early 50's by the owners of MacMillan Publishing house and acquired the name of one of the wives, Ana or Anna  and turned into a portmanteau with her surname to become  known as Anamac. She has kept that name since.    We have a complete log book of names and addresses and she has had 12 owners  since 1947.  She appeared in the British movie Buster in 1988 as the getaway boat, ANAMAC, with Phil Collins and Julie Walters on board. 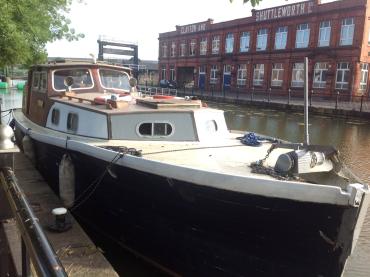 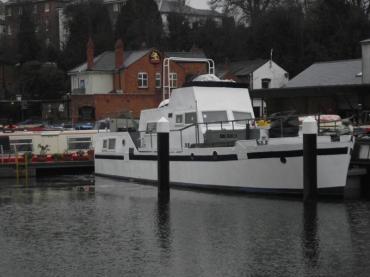