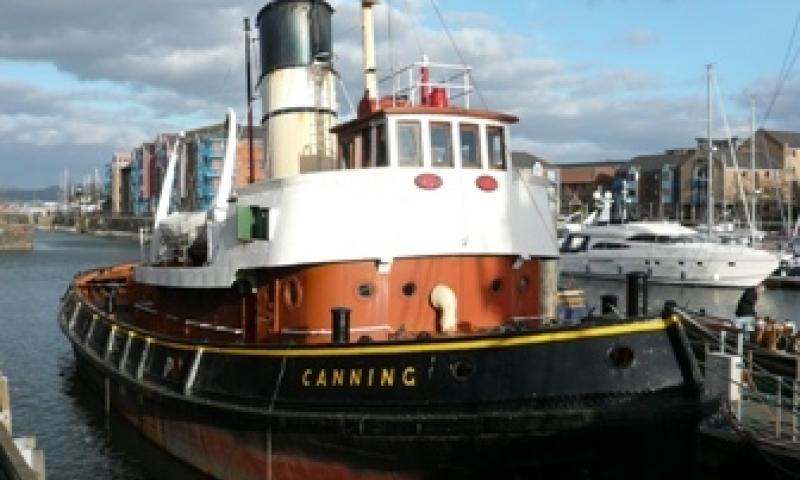 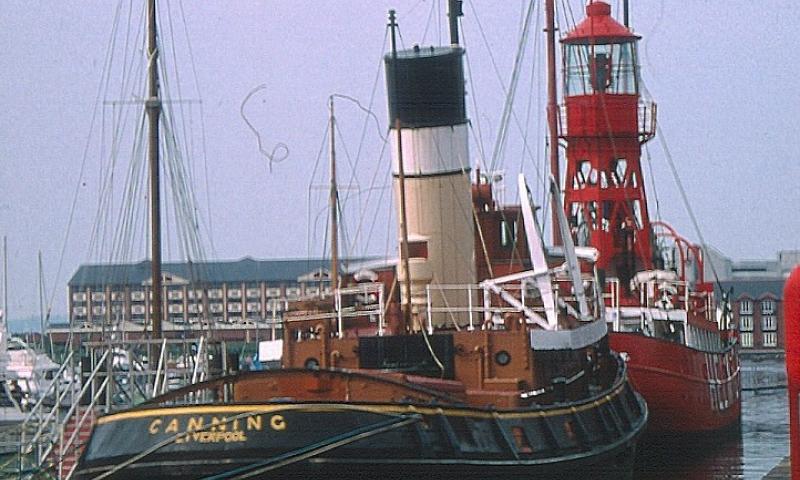 Built in 1954 by Cochrane & Sons of Selby for the Alexandra Towing Co. Ltd, CANNING is an oil burning steam tug with a triple expansion engine by C D Holmes & Co. Ltd., Hull. She was the first oil burning tug built for the company and, for the next 5 years, all other company tugs were of similar design and appearance. CANNING was based at Liverpool until being transferred to Swansea in 1966. Her main duties at both ports were towing and berthing large ships in the harbours and docks, but barge towage and coastal towage were also undertaken. She became the last steam tug to operate in the Bristol Channel, serving until 1974. In December 1974, she was acquired by Swansea City Council for preservation and has retained the fleet colours of the Alexandra Towing Co, Ltd; her original owners.