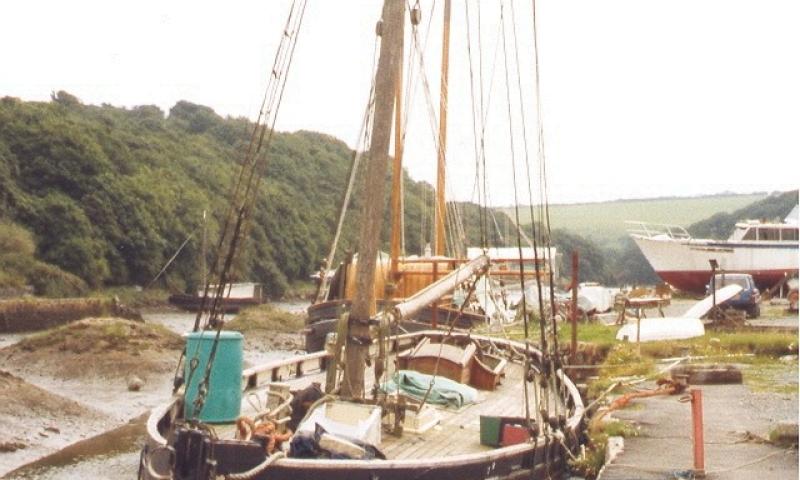 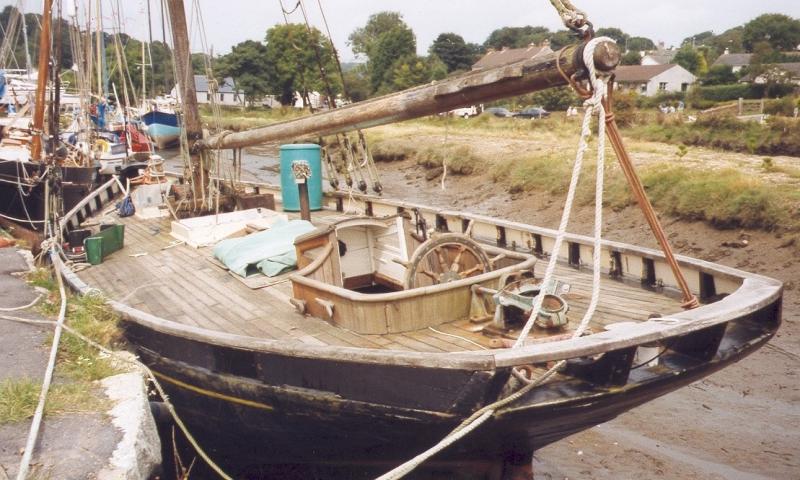 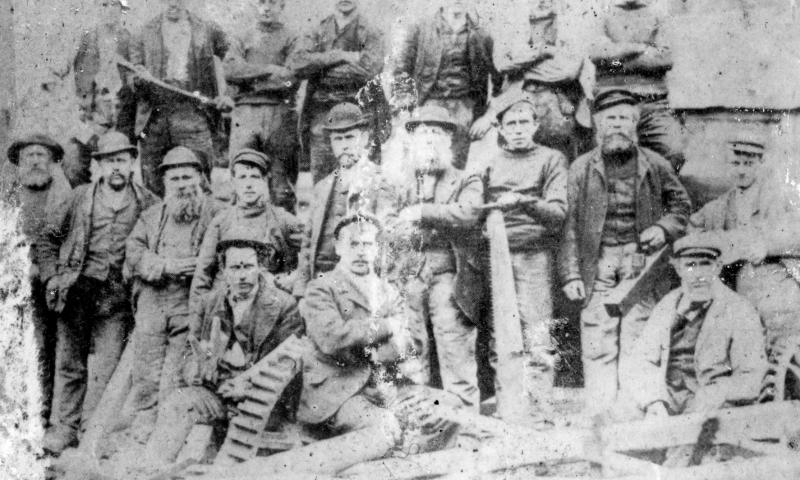 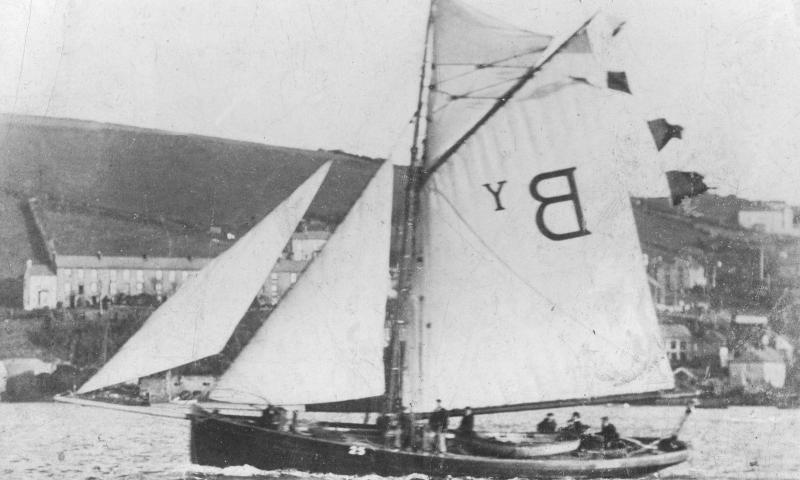 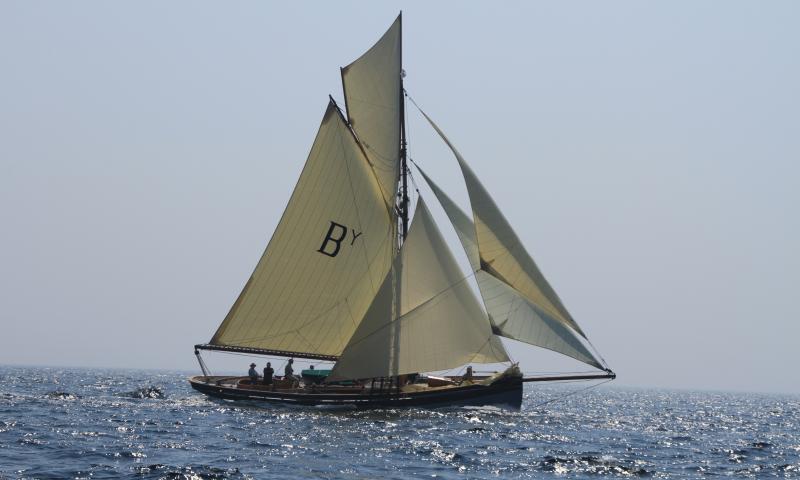 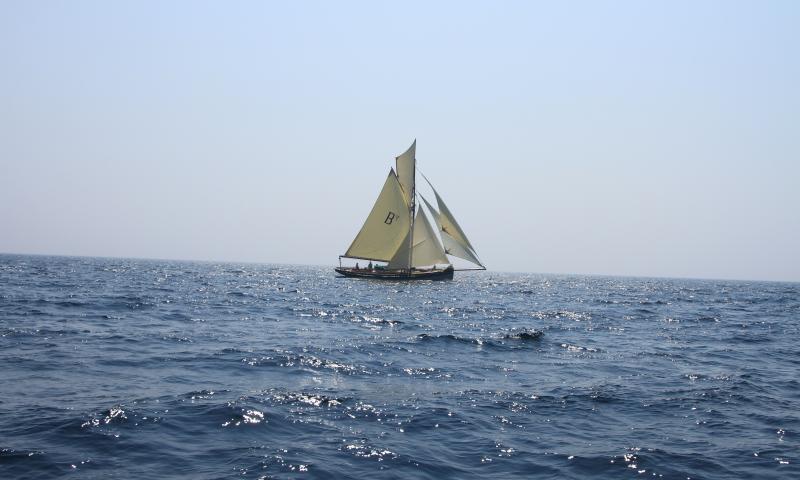 Built in 1911 by J Slade & Sons, Polruan, Cornwall, CORNUBIA was the second pilot cutter built at this yard, and was given the Roman name for Cornwall. The original brass and copper shield of the Cornwall coat of arms is still mounted on the saloon bulkhead. Her owner was the Barry pilot George Morrice who, after paying the builder £350 and collecting CORNUBIA from Polruan, found a ship off Lands End also bound for Barry, shipped aboard as pilot and earned £75 in dues. He continued to use her to pilot ships in and out of Barry for ten years, operating as Barry No. 25. In 1920 he sold her to become a yacht, whereupon she was renamed TROUBADOUR.

In 1930 a 21 hp Gleniffer engine was installed. She had a succession of eight owners between 1930 and 1982, was sailed twice to America and back, and was loaned to the Sea Cadets on the Isle of Bute as a training ship during the Second World War by her then owner, the Earl of Dumfries. On 3 November 1939 he had renamed her HIRTA after the St Kilda island of that name that he owned, to and from which he used to sail in the cutter.

Hirta was owned for about eight years by Derek Hare in the 1950s. Having bought her in Scotland, he lived aboard her for some of that time at Fisher's Quay, Great Yarmouth. In 1954 he lent Hirta  to Mark Grimwade (who was then aged 19) for several years and his crew sailed her all over the southern North Sea from the River Orwell to Ispwich. She was fitted with a tiller and had a pre-war Gray paraffin engine when Mark started, but subsequently he fitted a steering wheel from the BCPC Saladin whose hull lay at Ispwich.

Sold to Adam Berguis in 1958, Hirta was owned by him and John Denholm until 1982. They sailed her on the west coast of Scotland. They continually maintained the vessel, and the major work was all done professionally, including the installation of a new engine and windlass, as well as a complete re-decking which included the replacement of most of the beams as well as nearly all the lodging knees.

In 1982 she was bought by the yachting author Tom Cunliffe and fitted out for ocean sailing on the Medina, in the Isle of Wight. Cunliffe, with his young family, sailed her to Norway, Iceland, the Faeroes and America, in the wake of the Vikings and later wrote about the journey  in ‘Topsail and Battleaxe’. In the same ownership Hirta made many voyages, including sailing to the West Indies, Azores, Russia, Denmark, Sweden, Estonia, Finland, Spain and France. In 1994, skippered by Tom Cunliffe, she was used in the BBC TV series ‘Island Race’ which was a three month circumnavigation of Britain featuring ex-hostage John McCarthy and broadcaster Sandi Toksvig.

During Cunliffe’s ownership extensive annual maintenance was carried out, but the cutter was showing her age. When the Cunliffe family reluctantly sold her in 1997 she was bought by Mike Jones and taken to a mud berth at Gweek, Cornwall, where her condition deteriorated further. In 1999 she was bought at auction by the Tall Ships Restoration Company and taken to Gloucester by road to be rebuilt by T Nielsen & Co. Restoration work started in 2004 and although most of the fabric was beyond conservation, eight pieces of the original timber were incorporated in the hull including the 1911 beam carving of her official number and tonnage.  Also original is much of the ironwork on the mast, the chainplates, the Cornish shield and her brass builder’s plate. The sound part of her original mast was made into a boom, whilst the old boom was cut to make a new bowsprit.

In 2007 she reverted to her original name,CORNUBIA, and was relaunched in 2010. She is now based at the Mayflower Marina, Plymouth, and chartered by the Bristol Channel Pilot Cutter Trust, takes disabled young people on day sailing and racing. Her professional crew comprises a skipper and two mates. In 2010 she won the Bristol Channel and St Mawes pilot cutter races.