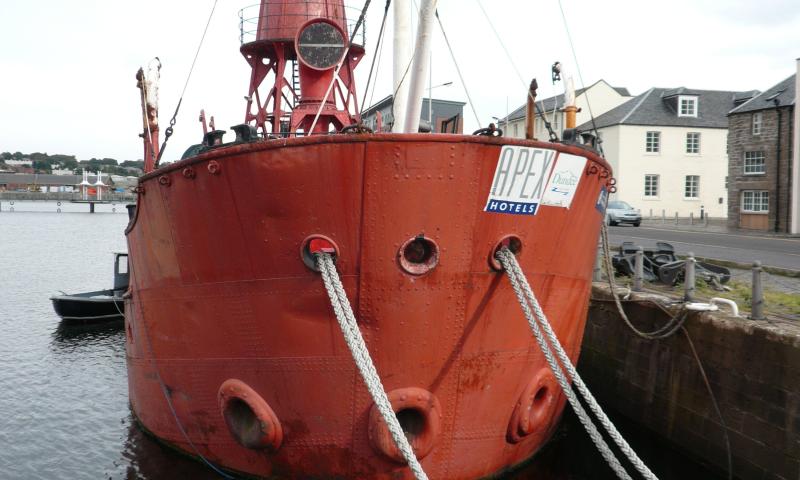 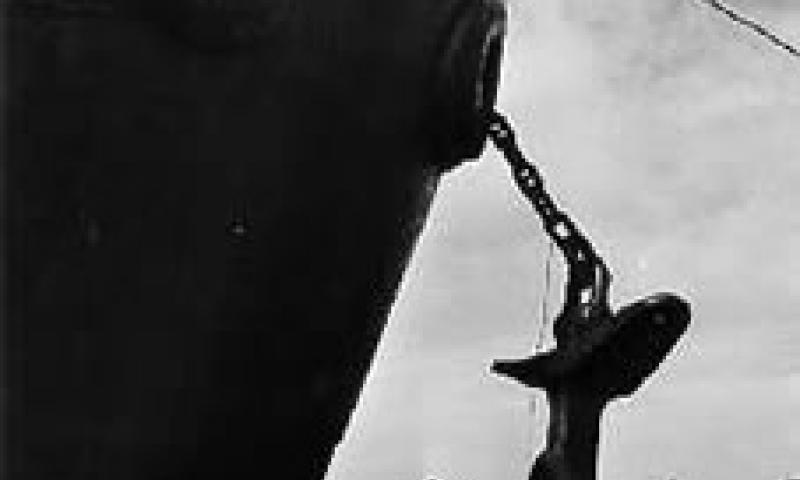 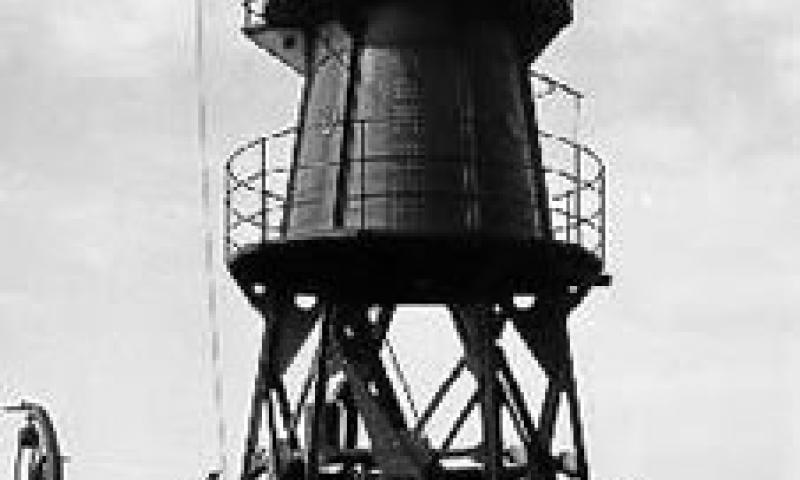 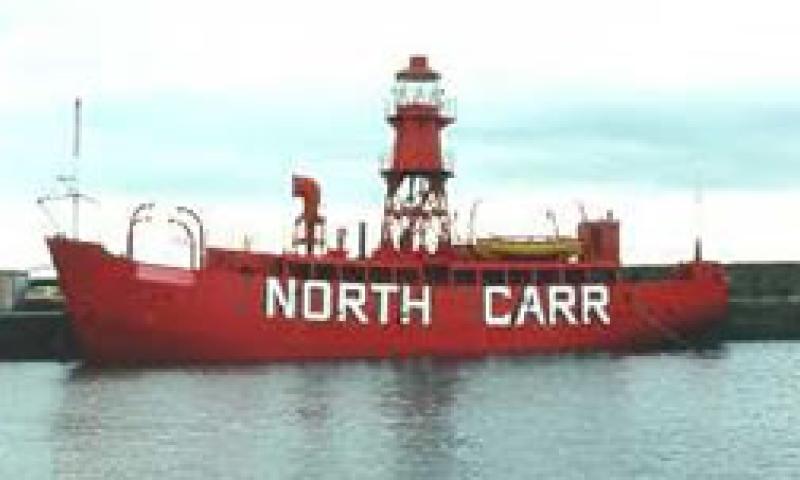 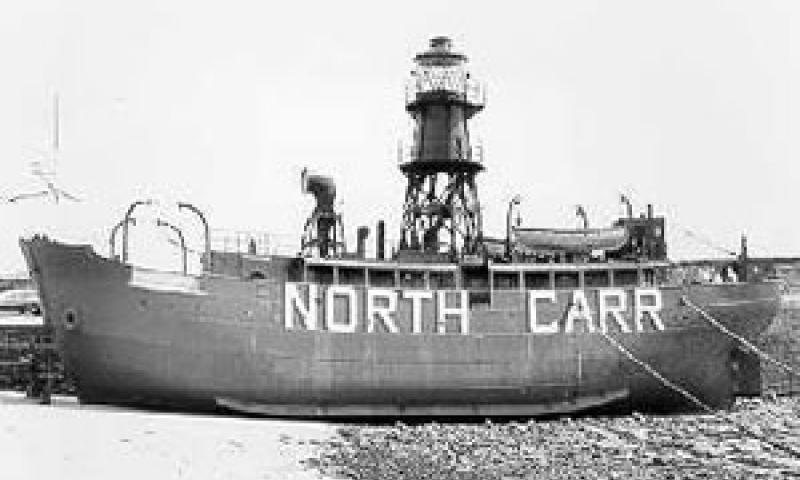 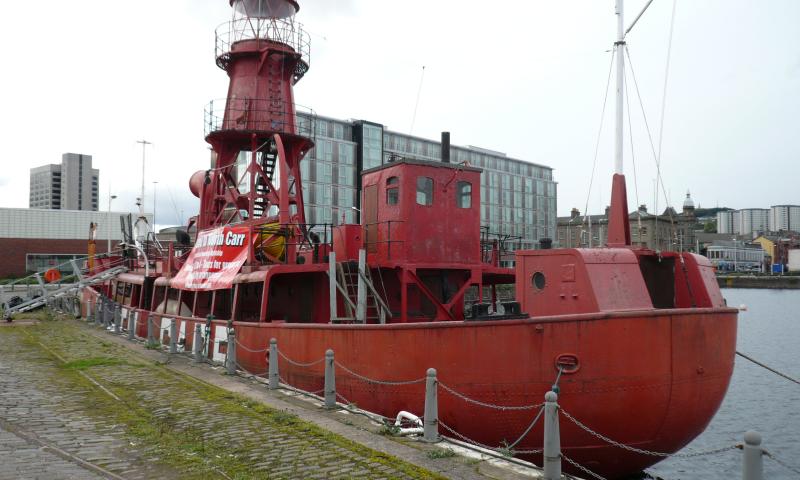 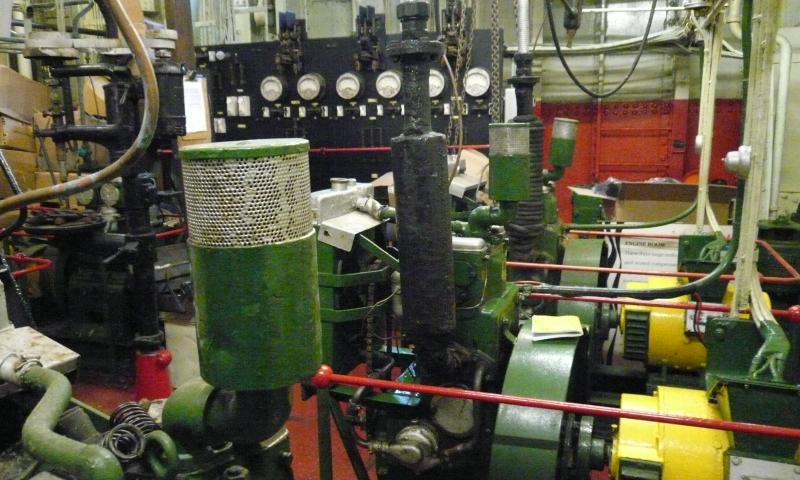 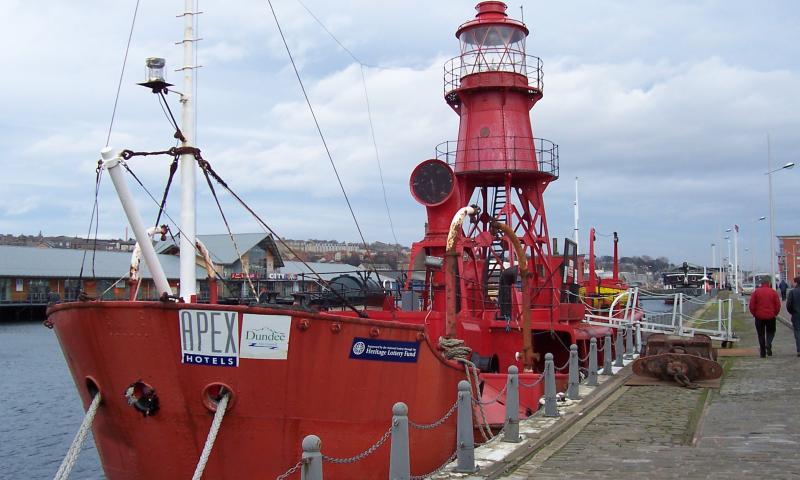 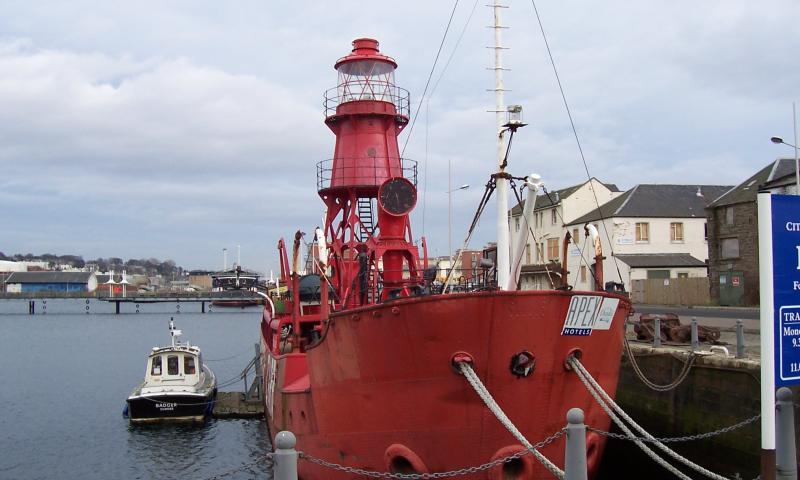 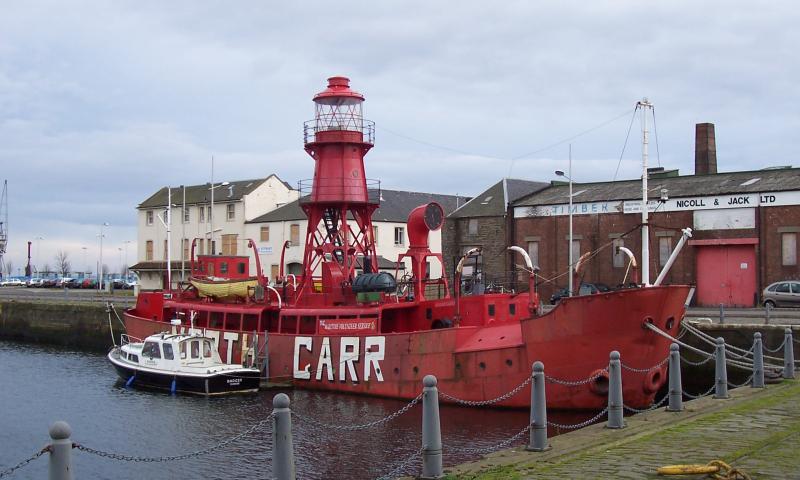 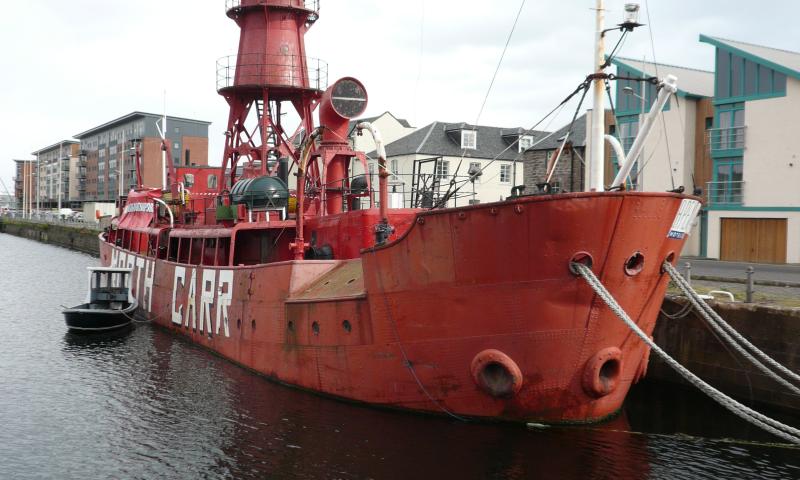 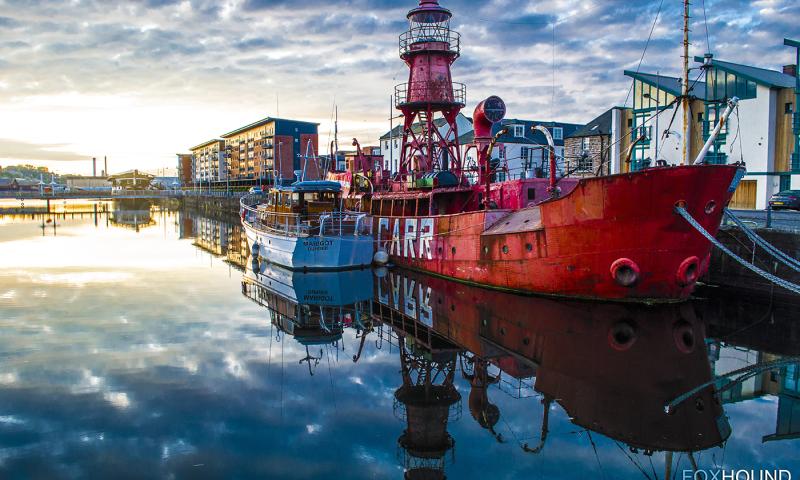 Light Vessel NORTH CARR cost £15,430 to build and was on station at North Carr from 1933-1975. During World War II, the station was moved between the Mull of Kintyre and the Mull of Galloway as a convoy guide for ships entering Clyde.

In 1952, a major refit was undertaken, installing new diesels and generators. A radio beacon was installed in 1954 and two years later the Watch House was built. On 8 December 1958, she broke her moorings and the Broughty Lifeboat and all her crew were lost in the attempted rescue. The light vessel crew were eventually rescued by RAF helicopter.

She was sold out of service in 1975 and laid up at Leith. The following year she was purchased by N.E.Fife D.C. for display at Anstruther and in 1977 opened to the public. In 1989 financial and technical problems resulted in closure. Reopened in 1992, then sold in 1995 to Dundee City Council and again in 2010 to Taymara (Tay Maritime Action). Now on display in Victoria Dock, Dundee. 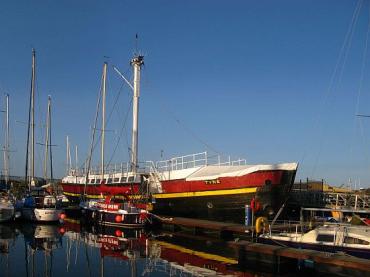 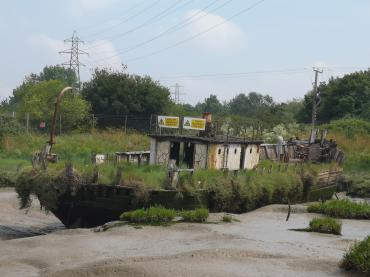 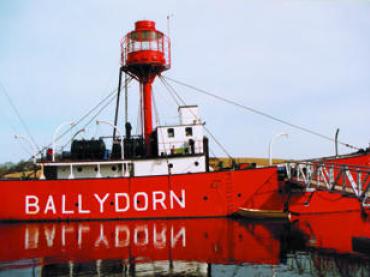 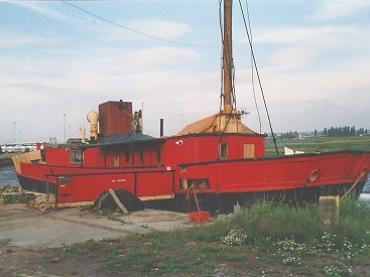