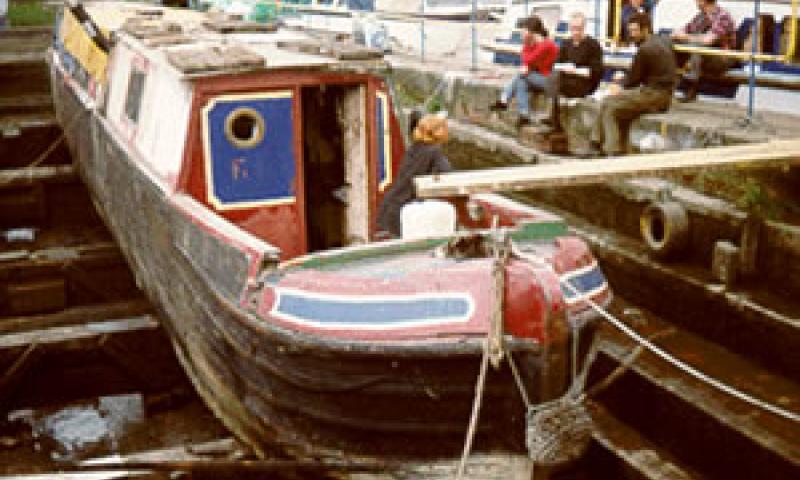 Built in 1936 by W. H. Walker of Rickmansworth for The Grand Union Canal Carrying Company, SOUTHAM is a cargo carrying butty of wooden construction. She has transverse elm bottoms, steel knees and carvel oak sides and was a towed vessel. She worked on the canals between London and the West Midlands carrying coal and general cargo. Sold as surplus to requirements in 1962, she was fitted with a full length cabin and engine in the 1970s and used as a cruising houseboat. Abandoned and sunk in 1992, British Waterways took possession of her and sold her to The Wooden Canal Craft Trust (now the Wooden Canal Boat Society Limited) who towed her to Runcorn for extensive refitting and dry dock work which included installing a 3.4 litre BMC engine.