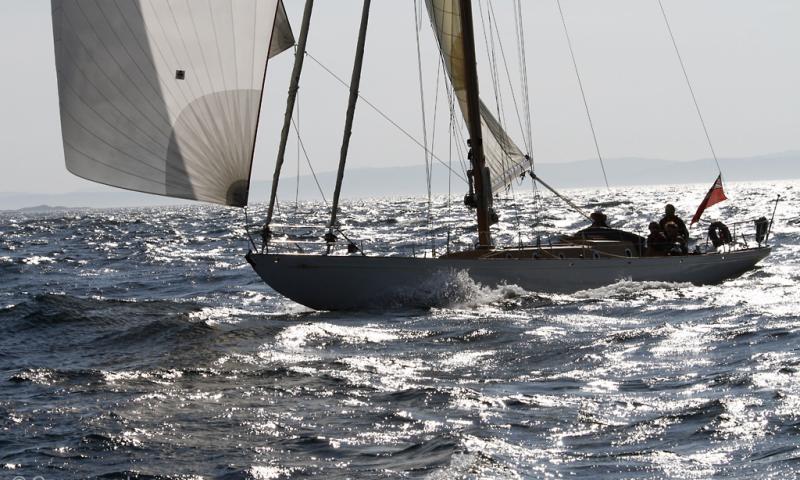 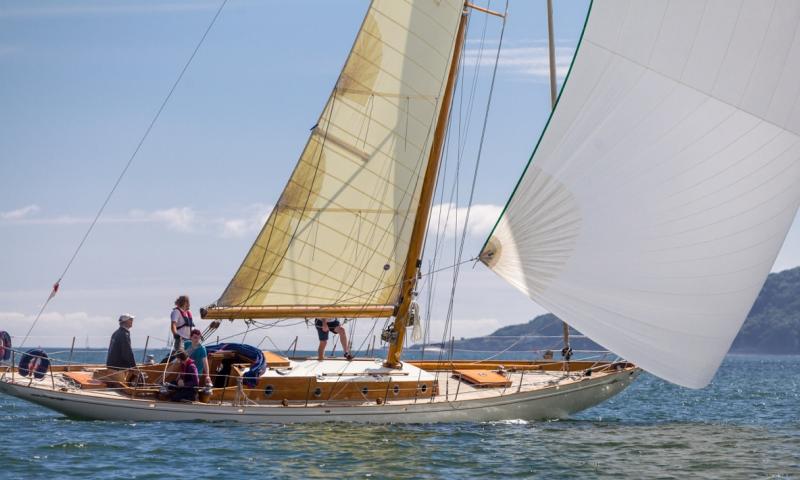 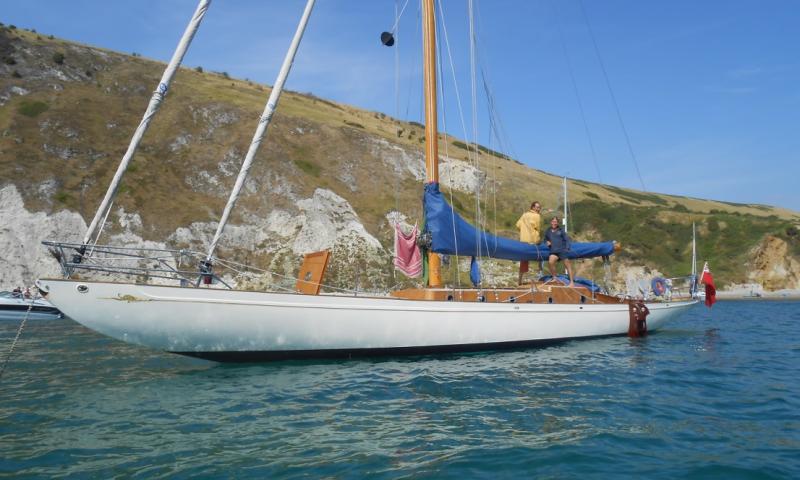 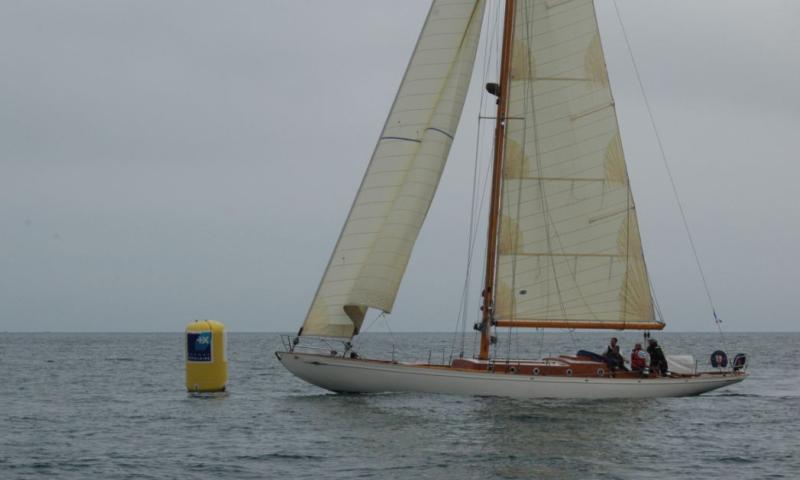 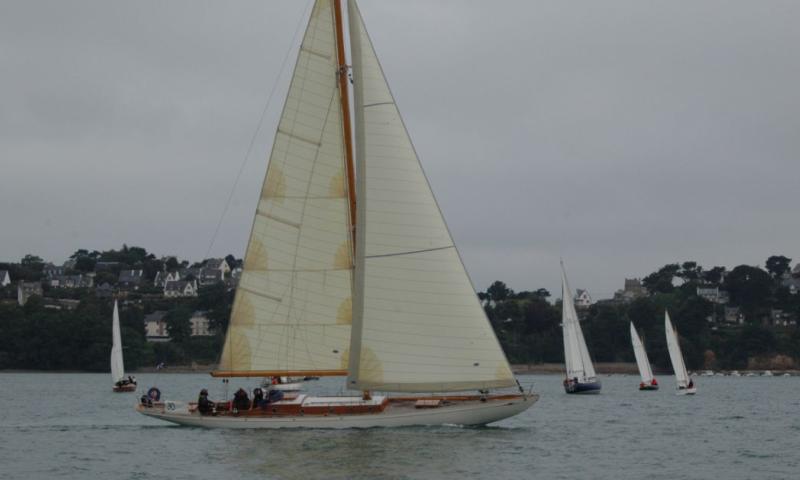 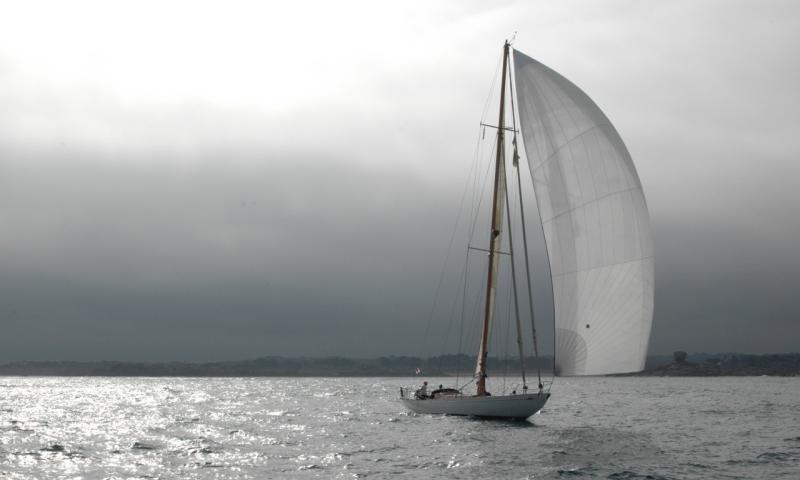 Built in 1902 by William Fife at Fairlie, Fife Yard no:486, SYBIL OF CUMAE is a yacht registered at Greenock. Sister ship to Nyama no.488 and both 65% reductions of Lucinda no. 490. Originally she was a gaff cutter with three open cockpits and carried a crew of up to eight hands for racing. This was changed most likely in the 1930s in Ireland when a Bermudan Rig and coachroof assembly were fitted. The vessel was laid up in Ireland during the war years and this is the reason that the five ton lead keel was not lost to the war effort. Just after the war SIBYL was purchased by Major Nicolay and Lita Edwards and kept at Loch Goil in Scotland. During their ownership of nearly 40 years she was extensively raced in Scotland and Ireland and cruised from Brittany to the Baltic. During the 1980s, SIBYL was again cruising the West Country when she was damaged in a storm and put ashore for insurance repairs.

She was looking very sorry for herself and, at that time, owners John and Dorothy Merrett took over ownership and embarked on the complete restoration which was now required. The vessel was stripped down to the bare hull with deck, coachroof and ballast keel removed. All the original planking and steamed timbers were in good order and retained with a new deck and coachroof fitted to the same 1930s style. One ton of lead was cut out of the ballast keel to compensate for the engine, tankage and other creature comforts to be fitted for modern day cruising and the rig put back to the 1930s Bermudan Sloop arrangement. A deal of steel reinforcement was added in way of the mast to minimise the rigging strains on the 100 year old structure. She is double planked Cedar and Mahogany on oak ribs. 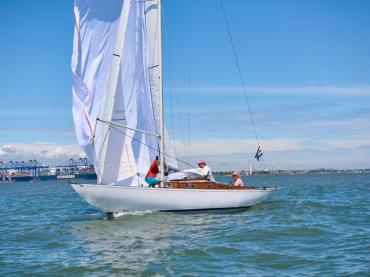 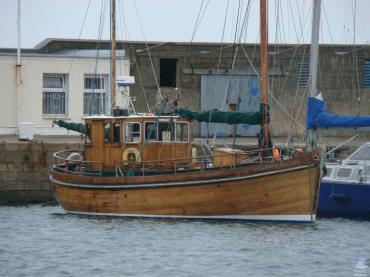 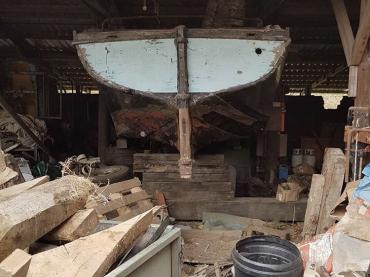 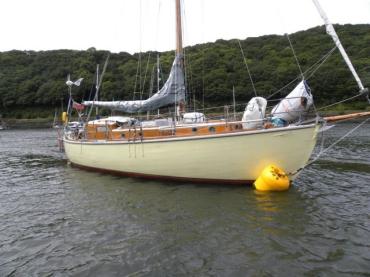