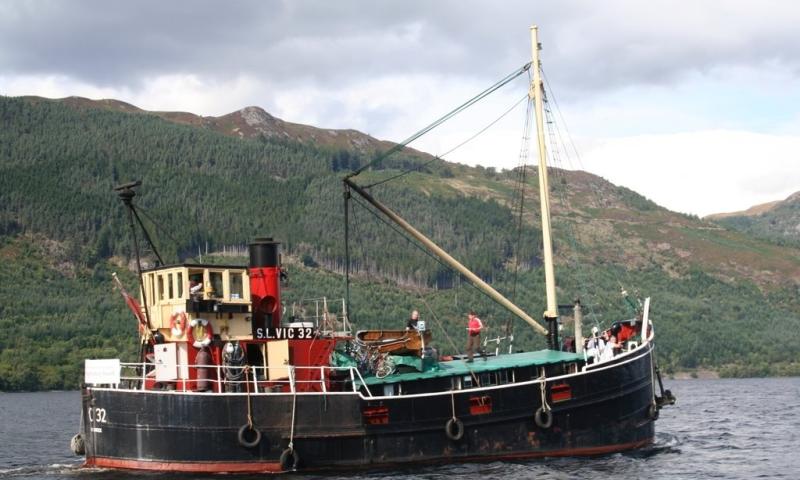 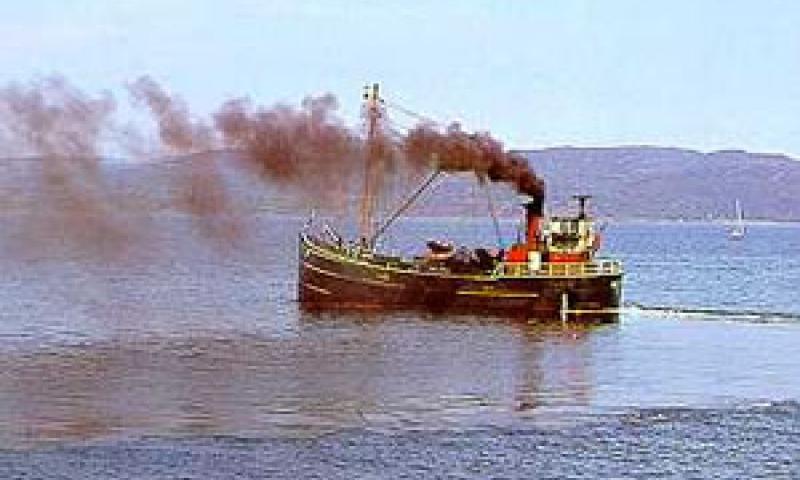 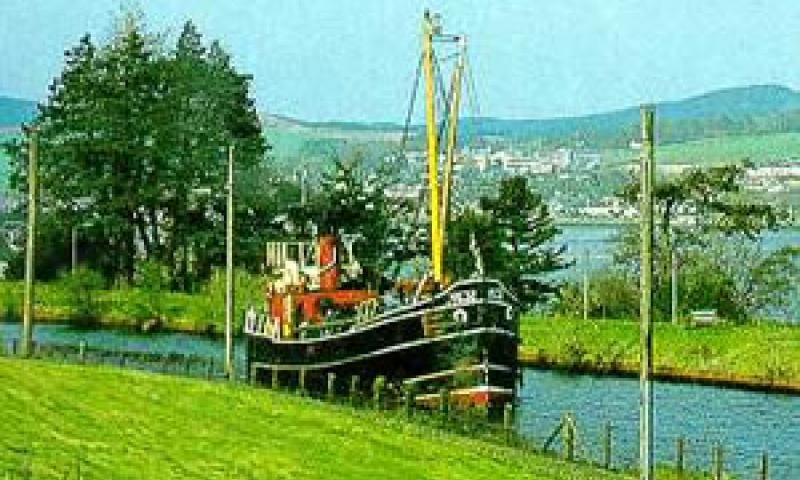 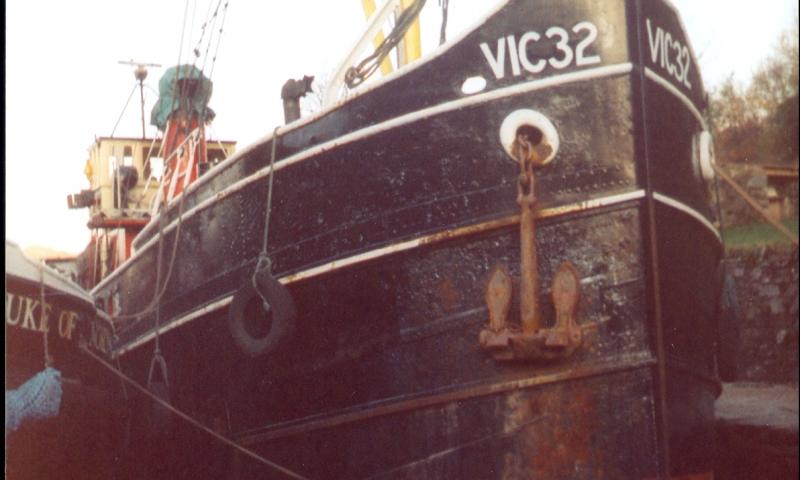 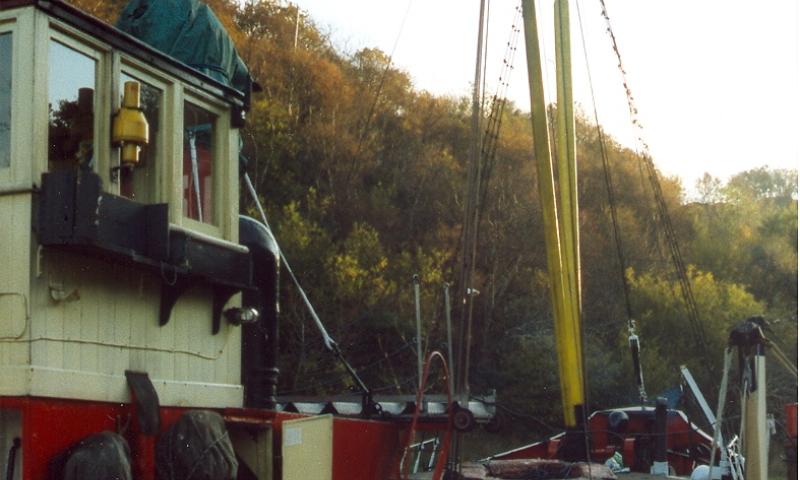 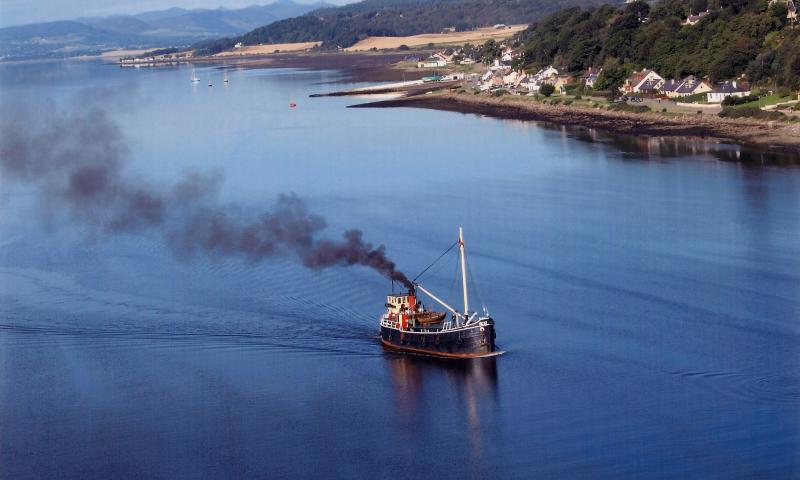 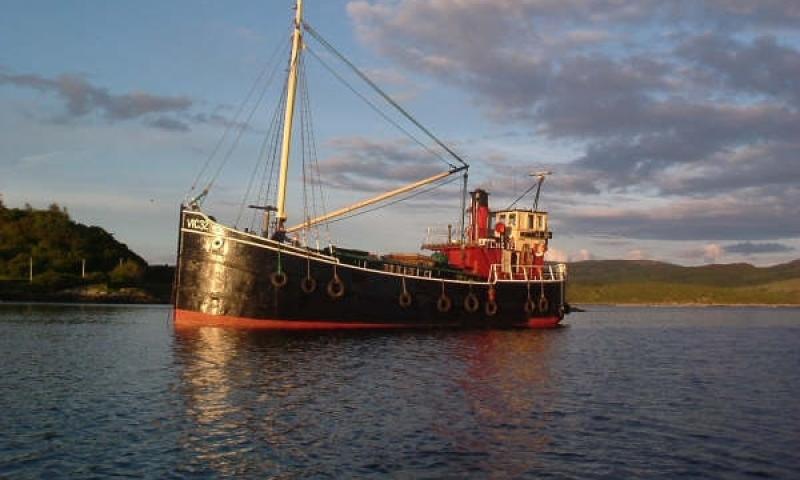 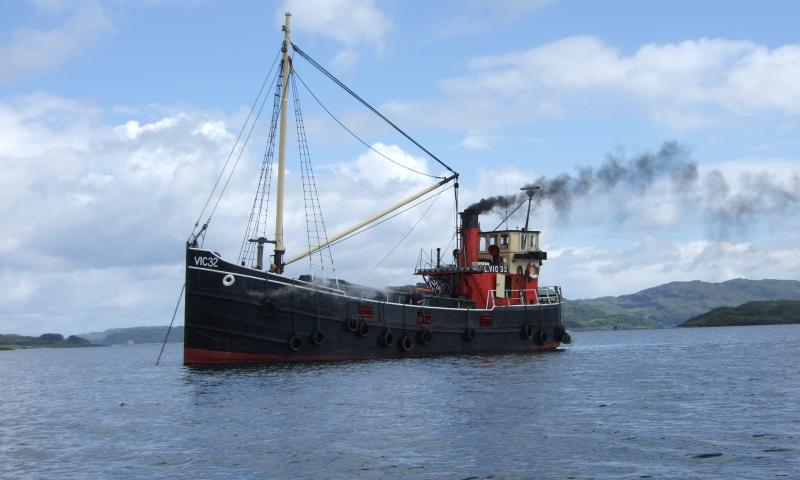 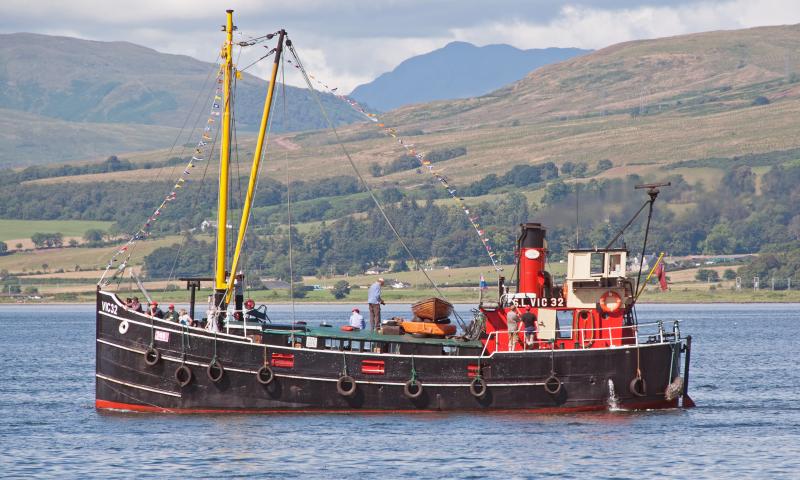 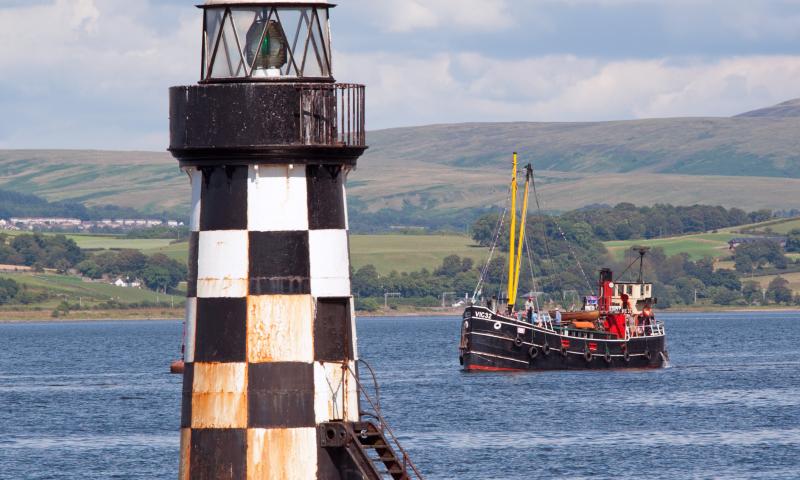 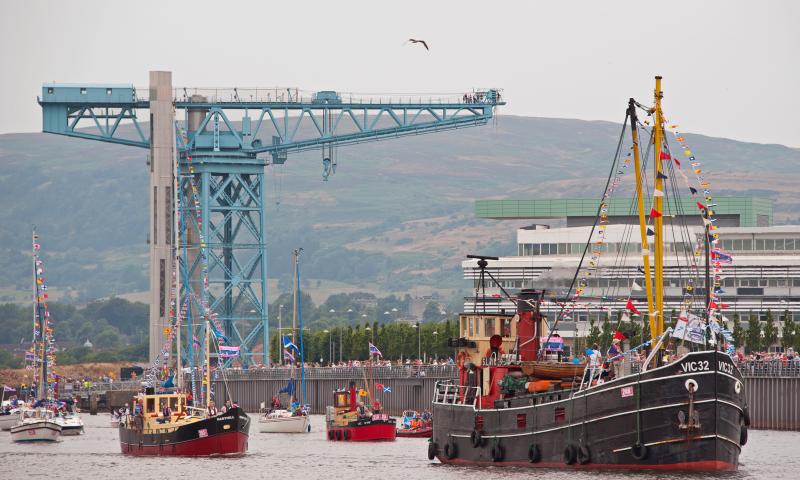 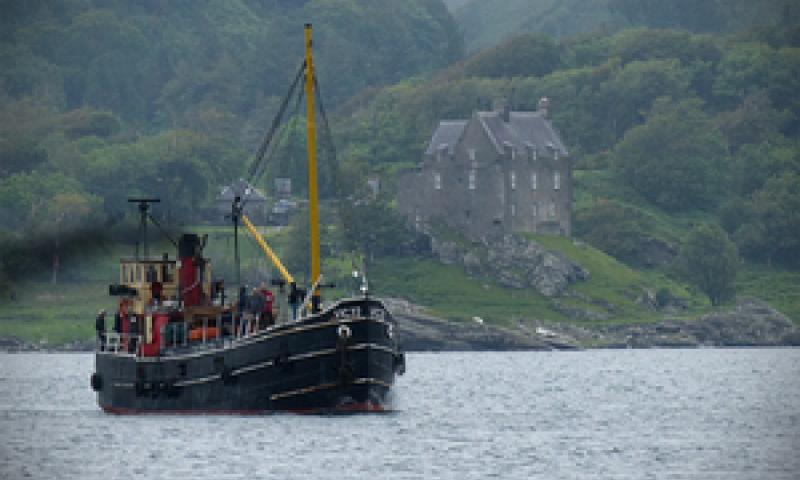 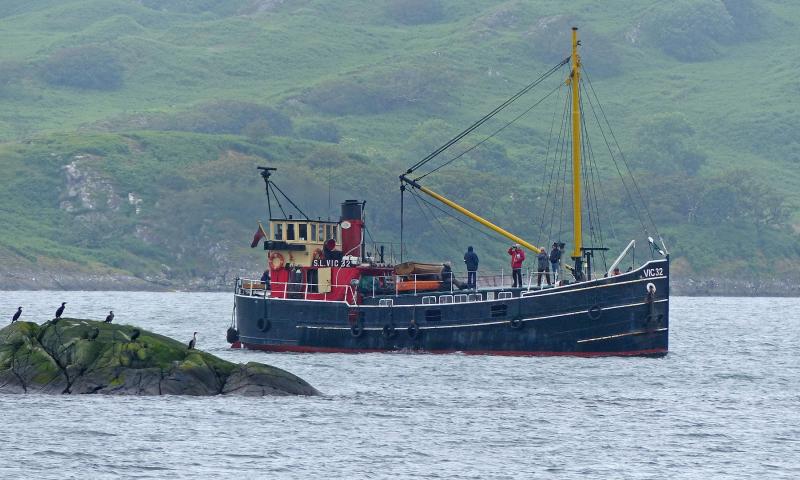 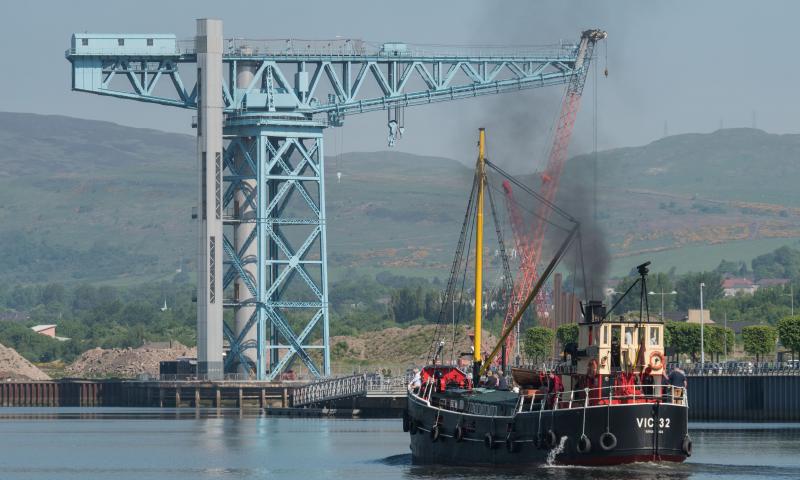 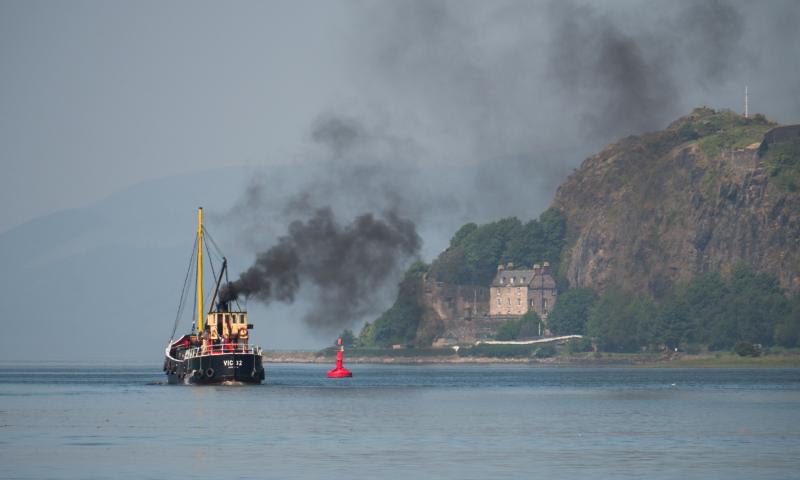 VIC 32 was built in 1943 at Dunston's Shipyard in Thorne, Yorkshire and her engine was by Crabtree of Great Yarmouth. She was built on a 1939 Puffer design - boats that operated on the West Coast of Scotland, supplying the Highlands and islands with everything that was needed in these remote parts.

During the war, she is believed to have carried cement, ammunition and aviation fuel, delivering supplies to the fleet in Loch Eil and Scapa Flow. She was renamed C702 and worked at Rosyth Dockyard after the war. She was sold in December 1963 to Whites, Inverkeithing, to be scrapped, but was sold on and moved to Whitby for restoration, reverting to her original name.

In October 1975, she was purchased by Nick Walker and, in May 1976, steamed to London, where she was restored at St Katharine's Yacht Haven. The hold was converted into accommodation at two levels, the hatch boards were raised by 23 inches and windows were fitted in the sides to give a clerestory roof. She was then used by her owner for trips on the Thames and for a cruise to the French Channel coast. In 1978, VIC 32 sailed via Inverness and the Caledonian Canal to Crinan, on the Sound of Jura, in Argyll and Bute. She offered seven-day cruises from Tarbert to Loch Fyne and the Firth of Clyde, and on the Caledonian Canal, and was operated by Highland Steamboat Holidays Ltd.

In 1994, her base moved to Crinan Ferry. In 2004, her boiler failed its annual survey and she ceased operations. The Puffer Preservation Trust was formed to raise funds for a new boiler, and with the help of National Heritage Lottery funding, she was re-boilered in 2006 and returned to service, offering week-long cruises with the renamed Puffer Steamboat Holidays Ltd. 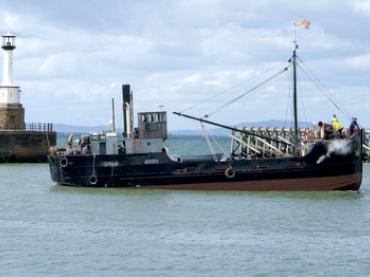 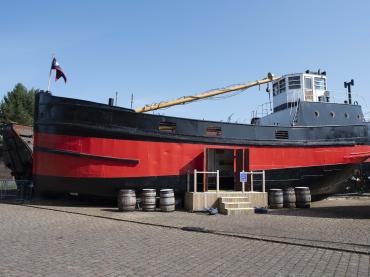 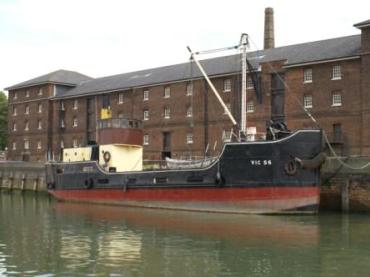 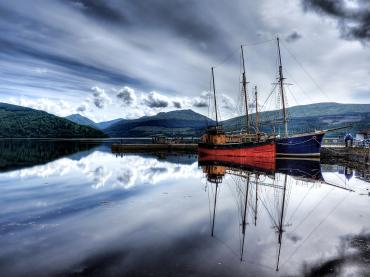