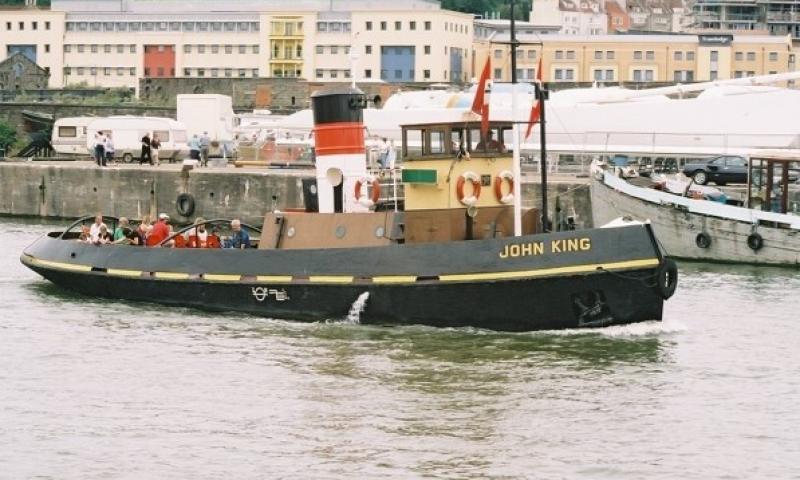 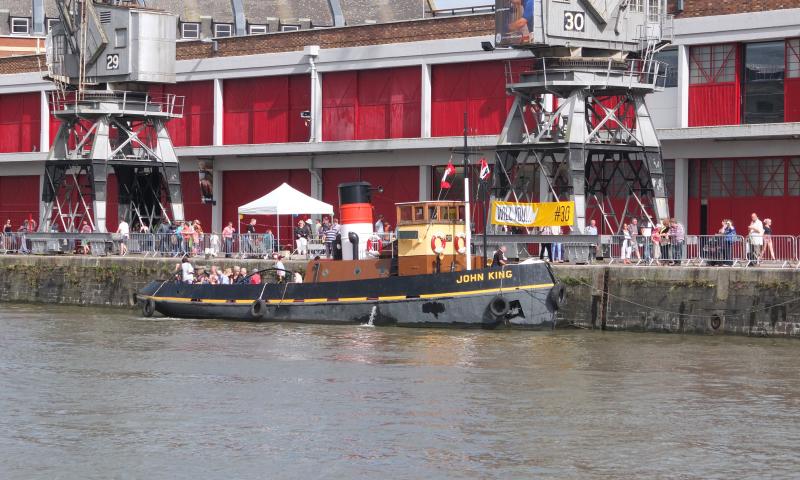 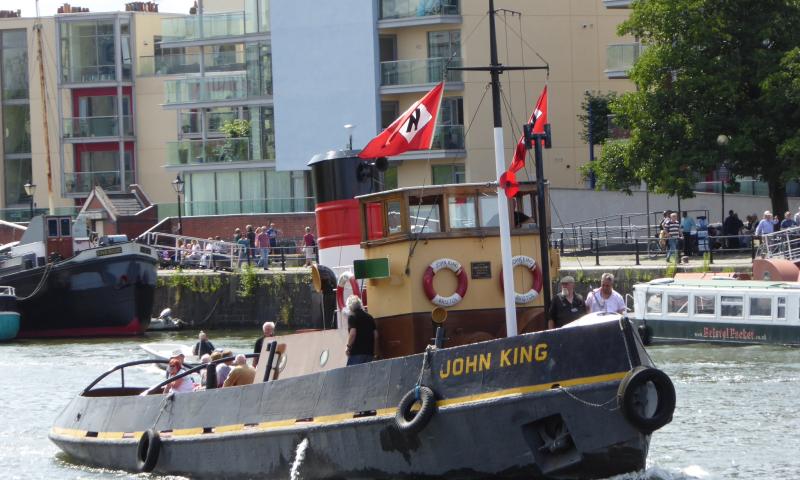 JOHN KING is a steel hulled tug built in 1935 by Charles Hill & Sons Ltd. of Bristol for Kings Tugs Ltd. on the lines of a steam tug. She was used for ship towage on the River Avon and in Bristol Docks until 1970. During the Blitz of 1940, she was employed for seventeen days fighting fires at the Pembroke Dock oil installations and, on her way back to Bristol, was attacked by a German aircraft. Her last job, on 6 July 1970, was to manoeuvre the ss GREAT BRITAIN into the Great Western Dock. She was purchased in 1970 by F.A. Ashmead & Son for further service on the Severn and renamed PETER LEIGH. Her work involved towing African hardwood logs in barges from Avonmouth across the River Severn to Lydney. In 1978, she was sold to Bristol Commercial Ships and renamed PRIDE, and towed as far as Southampton and Milford haven. In 1986 she took the name DURDHAM. In 1988 she had engine trouble off the Devon coast whilst towing and was herself towed into Salcombe. In 1995, she was purchased by the Bristol Industrial Museum and reverted to her original name. She has been kept in working condition and will continue to be part of the new Museum of Bristol. Source: Paul Brown, Historic Ships The Survivors (Amberley, 2010), updated Feb 2011. 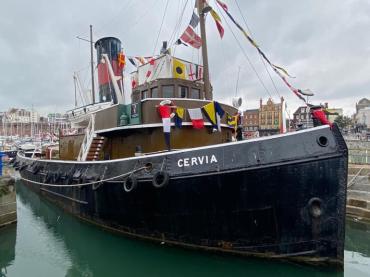 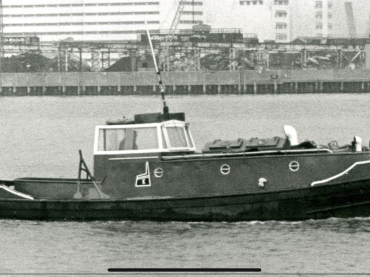