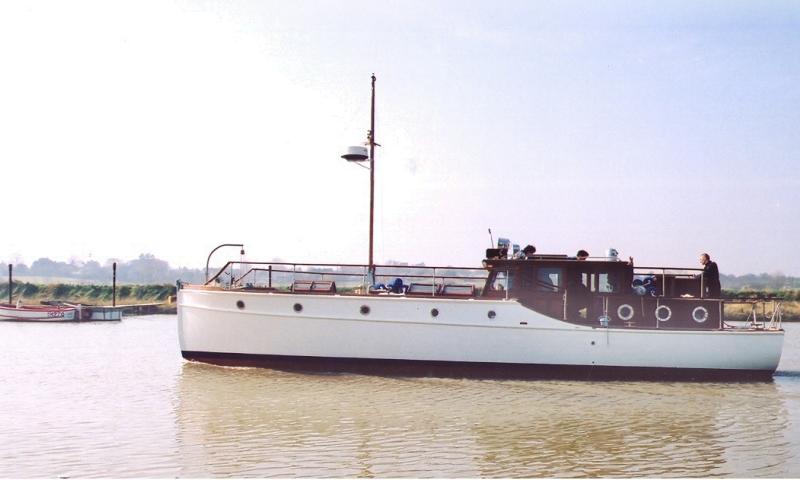 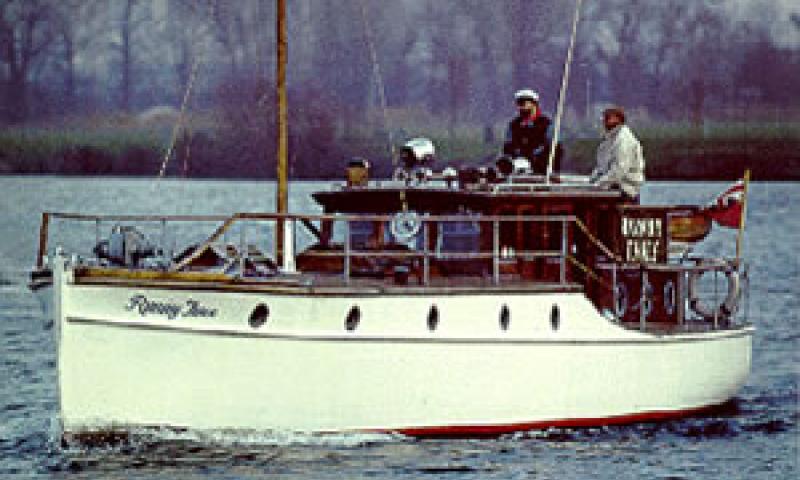 RUMMY THREE is a twin screw day yacht, built by Staniland & Co. at Thorne in 1935 to a design by Hyland Marine. Her official number was 164020. She was privately commissioned by Mr. G. H. Livingstone for the price of £2050. Her hull is carvel built with oak frames and larch planking with a teak superstructure. She has one timber signal mast and her current engines are twin Perkins 4108, with four cylinders and 49 horsepower, made in 1972. She was requisitioned by the War Office on 22 June 1940 for the use of Resident Naval Officer Boston, but was released on 1 December 1941. However, she went back into service on 20 July 1942 as a fire float for the coastal forces unit at Great Yarmouth. She was then acquired by the Ministry of War Transport Department on 3 October 1942. She was renamed HMS FLYCATCHER and became the nominal depot ship of the Royal Naval station of the same name at Ludham, Norfolk. On 14 July 1945, she was laid up at Sandersons yard, Reedham, Northam and, in October 1945, she was sold out of service and re-built by Herbert Woods in Norfolk. Subsequently, she has had five owners.