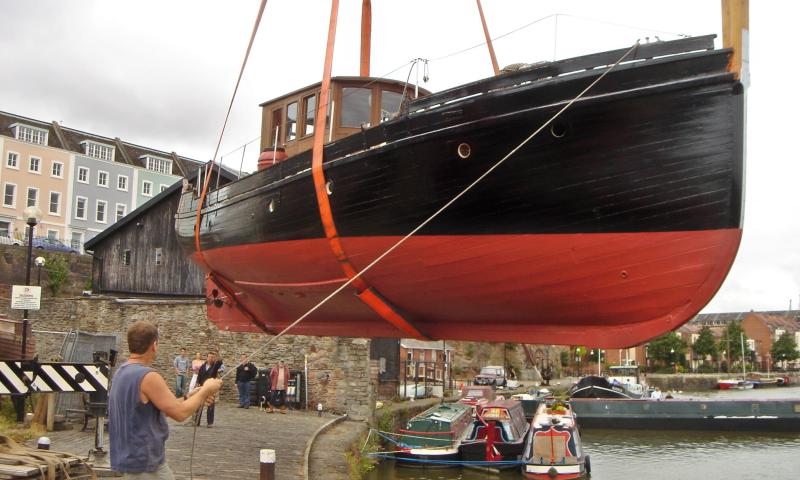 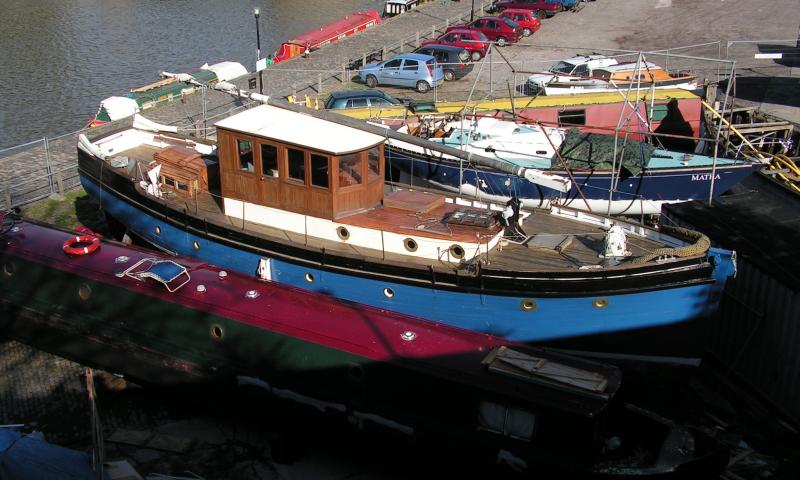 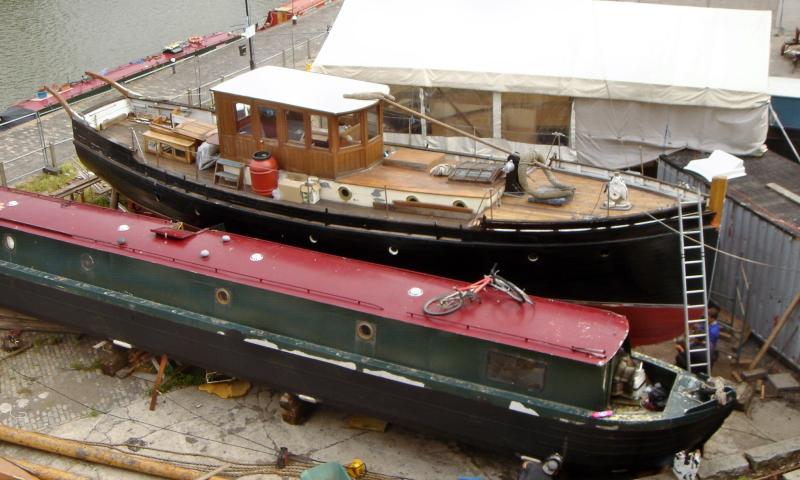 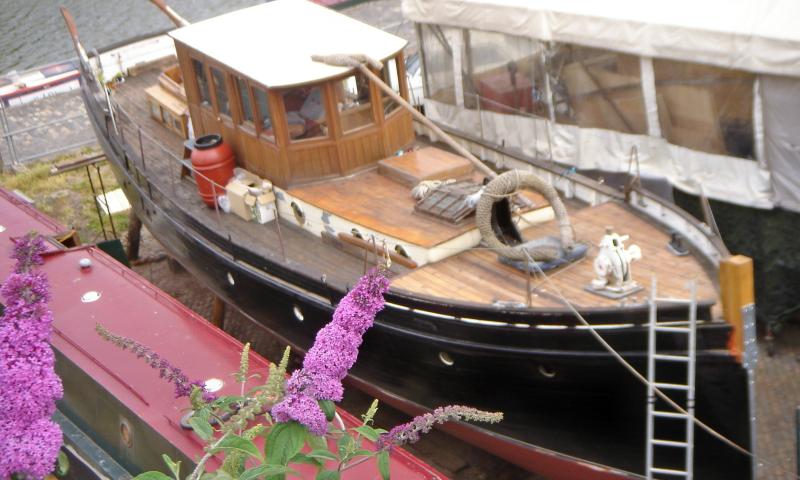 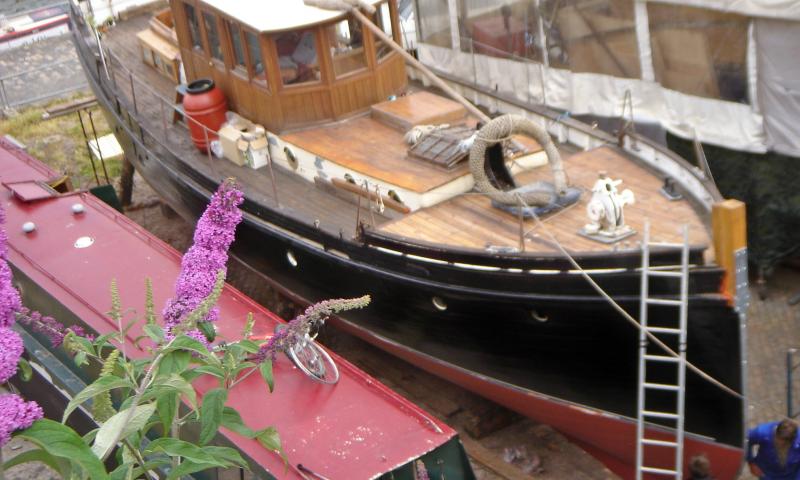 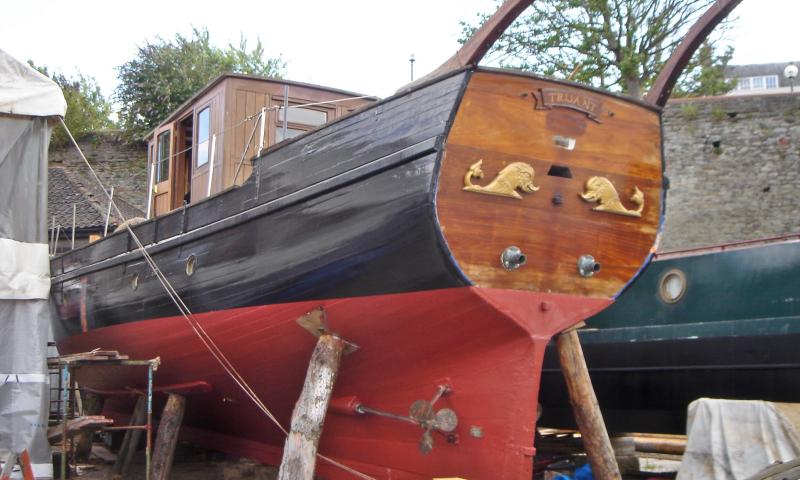 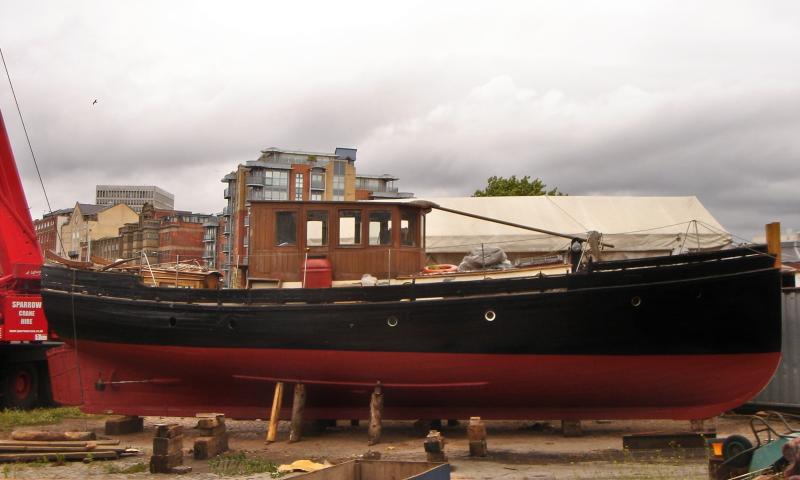 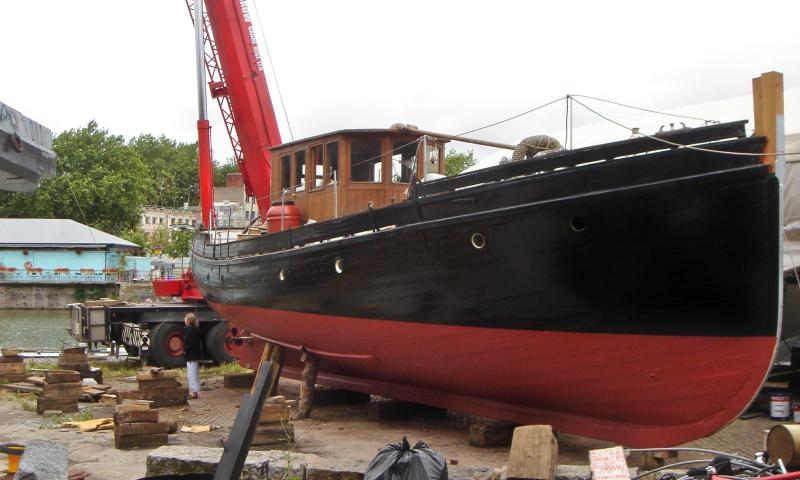 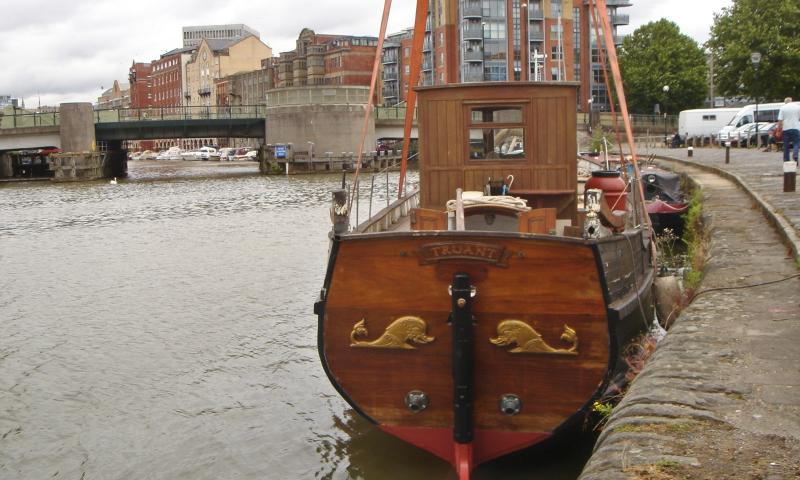 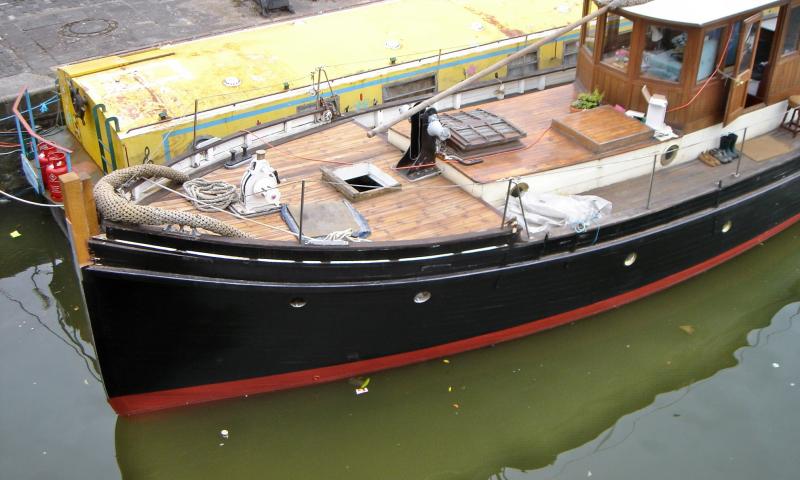 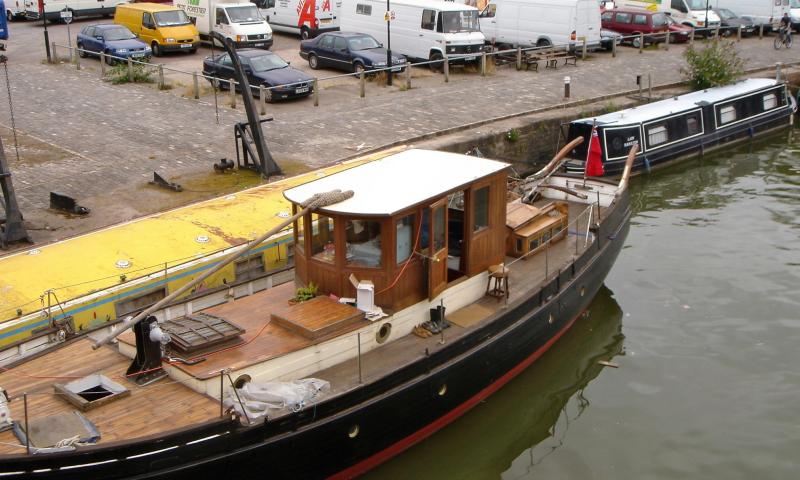 TRUANT was originally built as a private yacht by Messrs. Pearce at Looe in 1919. She was registered at Shoreham and her official number is 145634. Her first owner died just before the Second World War and she was laid up in the harbour. In 1946, she was bought by the author George Millar who, with his wife, took the boat through the French canals to the Mediterranean and on to Greece. She was the first private yacht to sail up the river to Paris after the war. Millar sold her in Greece, but wrote a book about his adventures entitled ‘Isabel and the Sea’. TRUANT was subsequently owned by Peter Firstbrook and in 1995-96 by Chris Differing. She was sold to the current owner in 2004. At that time she was standing on the hard where she had been for some years. In July 2005 she was relaunched after a major restoration at Mark Rolt's shipyard in Bristol, which included total raking out of the seams, some plank renewal, complete forward stem renewal and then re-caulking using traditional methods and materials only. Work still continues and her two propulsion engines are now also being re-built.