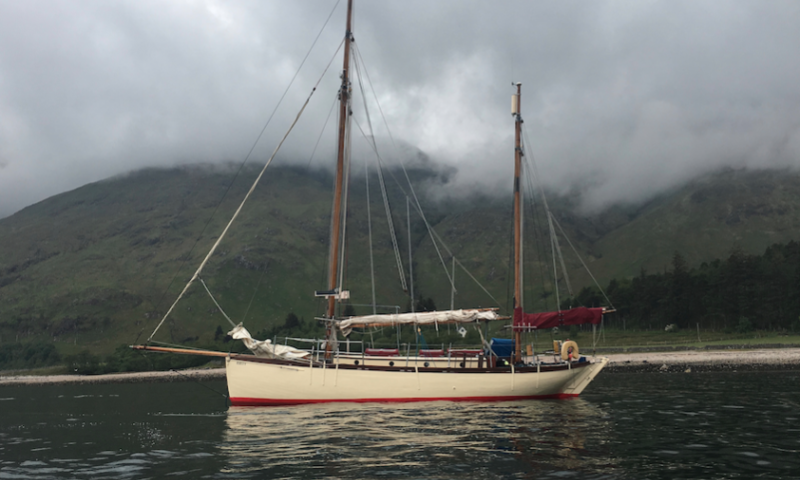 KIRSTY is a Loch Fyne Skiff, and was designed by her first owner, David Mowat, who owned an iron foundry. She was built by John Fyfe at Port Bannatyne, Isle of Bute in 1921. John Fife and his brother, Tom were related to the Fifes of Fairlie, who were well known for building graceful classic yachts. KIRSTY was built as a yacht with gaff ketch rig, for family cruising on the West Coast of Scotland. She had a 6 ton, full length iron ballast keel. She was originally fitted with a boomkin (a spar projecting from the deck to extend a sail) but this was later removed, probably in the early 1960s. Substantial work was done on her in 1960/1961 by her then owner, Madeline Longman (who had to sell her garage business to pay the yard bill of about £10,000). The work appears to have included new teak decking, new masts, and a new interior fit out. In 1973 KIRSTY was bought by Peter and Fran Flutter, but she subsequently sank in 1975. A two to three year refit ensued, and then the owners used her as a live-aboard until 1995, cruising to the Caribbean, France and the Baltic. She was purchased by her current owners in 1997. 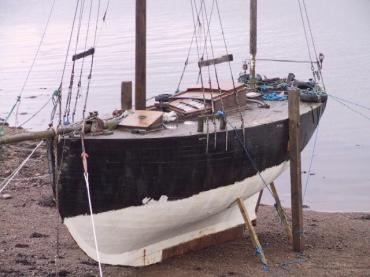 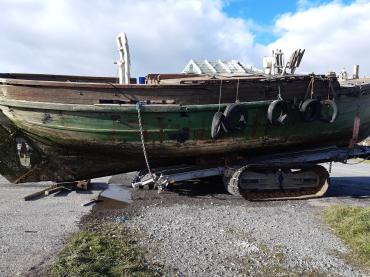 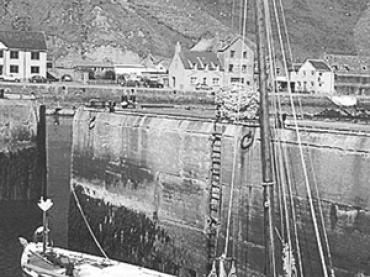 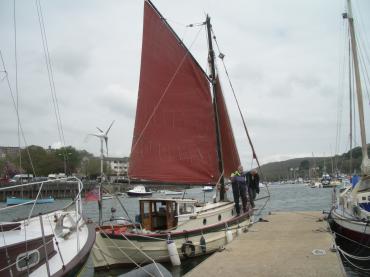