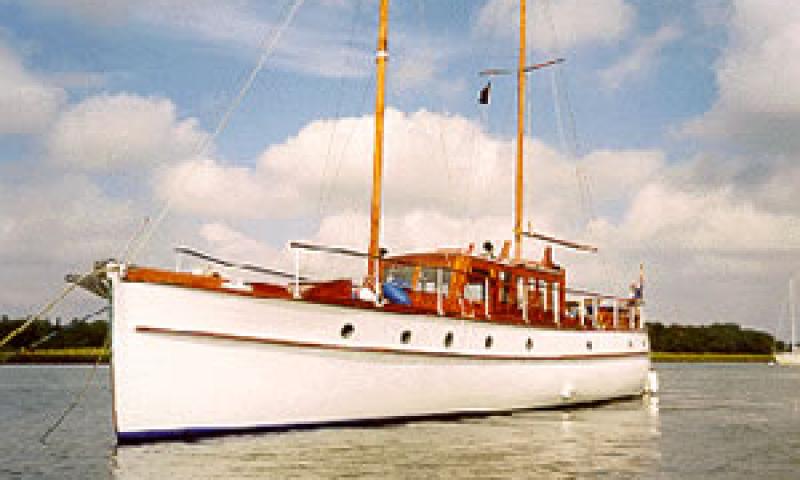 MAUDALRIC is a motor yacht, built by James Taylor Bates at Chertsey in 1933 and designed by Captain O M Watts. Her official number was 163357. Her hull is carvel built of teak planking on oak frames and she has a pointed bow with a plumb straight stem and canoe stern. Her current engines are twin diesels made by Ford. She was built for Mr. Richard Costain (chairman of Costain Construction) and used as a private yacht based on the River Hamble until World War II. She then became a patrol boat used by the Navy during World War II on the South Coast, with a machine gun mounted on the deck. After the war, she was purchased by Sir Dudley Cunliffe Owen and based in Jersey. In recent years, MAUDALRIC has cruised to the Mediterranean via the French canals and has had major restoration work between 1972 and 1997. Most of this was carried out between 1991 and 1996 and included re-decking, replacement engines and extensive internal joinery work.