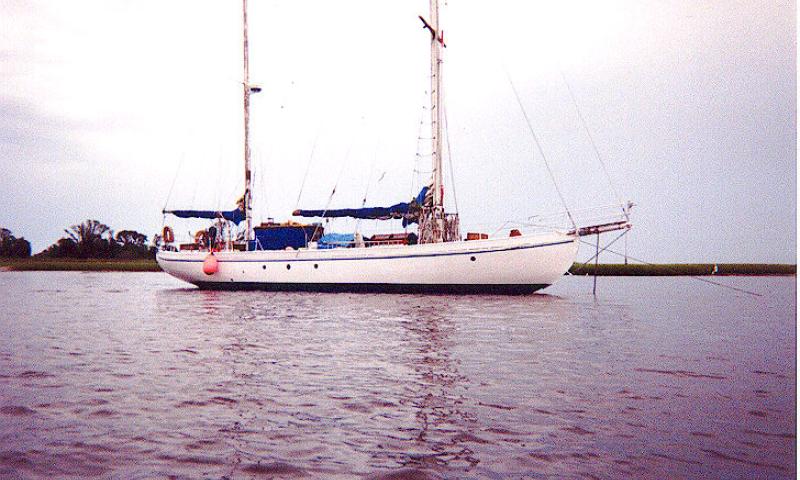 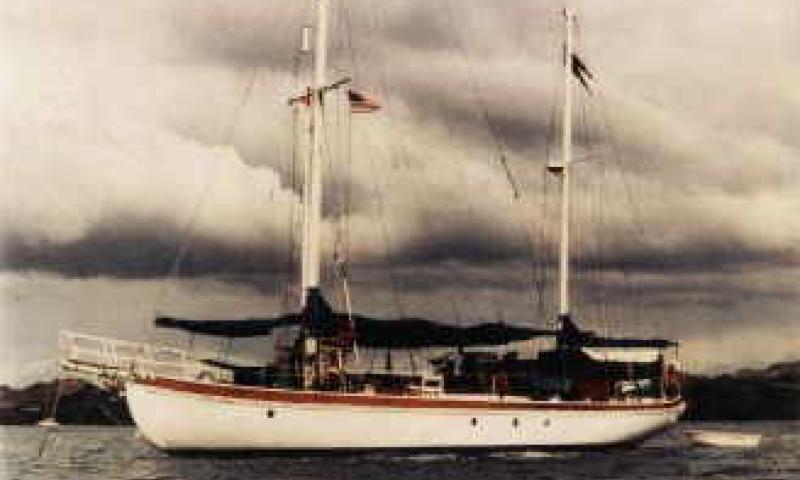 MOUSE is a ketch yacht designed by Peter Dickie and built by A M Dickie & Sons, Tarbert, Loch Fyne in 1925.  She has ships registration number 147824.  MOUSE is one of only four known Peter Dickie designs of canoe-sterned big yachts built in the 1920s.

MOUSE was launched with a Gaff Ketch rig with a sail area of 1250 sqft.  The rig was changed to Bermuda style sometime after the war.  Planked with teak on frames of oak, with a teak deck, all fastenings are copper, clenched in the Scottish style of that time.  The original engines were two Enfield air-cooled diesels of 15hp each.  In 1998, 2 x 50hp Yanmar diesel engines were fitted.

Her former names include Nordmeer in the 1960s, Oasis in 1983 and Faith in the 1990s.  Her history is unknown before the 1950s when she crossed the Atlantic many times before being bought by an American and kept there.  She was stuck in ice in Annapolis in 1970, but fortunately was retrieved and put back into working order.

During the 1980s, she was based in the Caribbean.  Sometime around 1990 she was in service as a missionary boat and a small organ was installed forward of the mast foot.  This was when she was known as Faith.

Around 2001, MOUSE was based on a mooring in North Carolina, from where she was sold and moved to Florida for some structural repairs and a refit.  There was an intention expressed of taking her through the Panama canal and on to Tahiti, but this has not been confirmed.