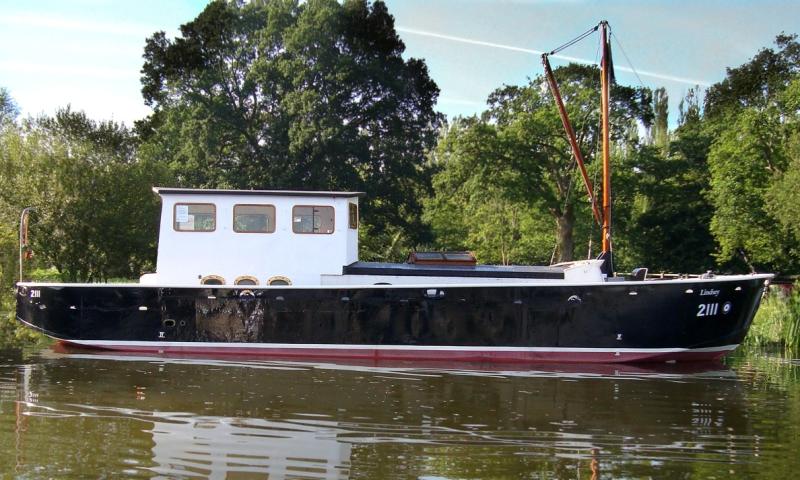 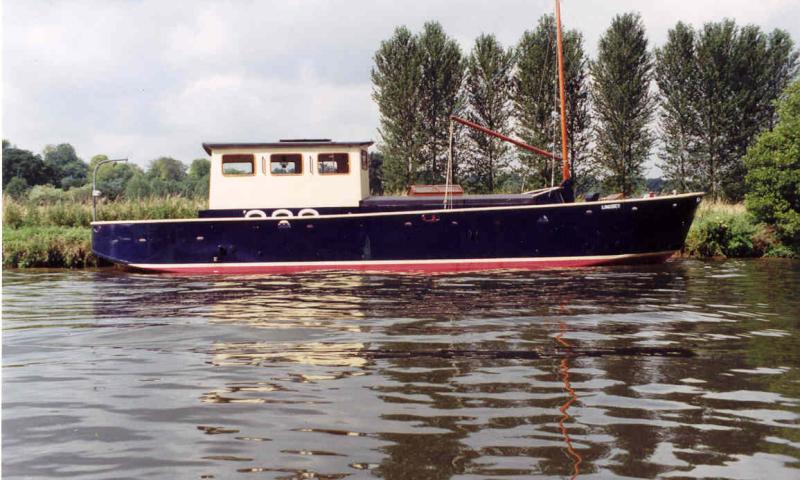 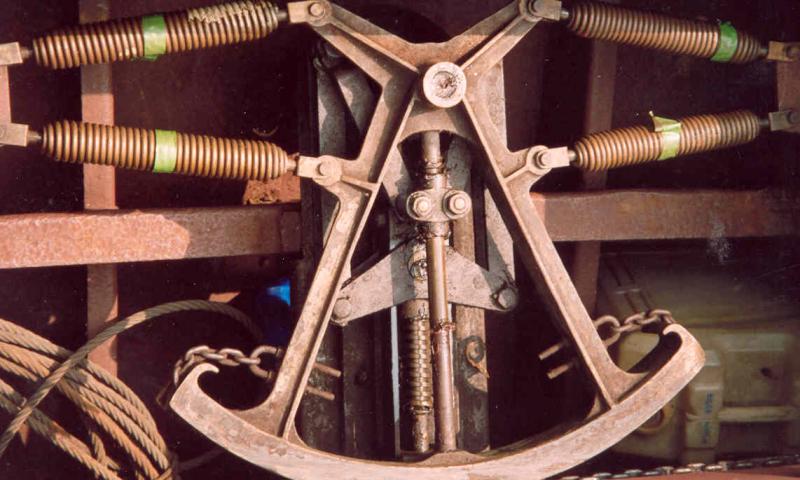 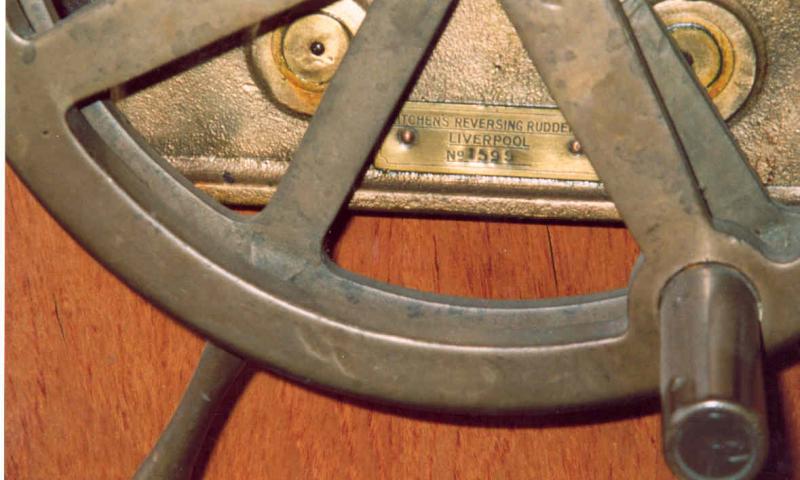 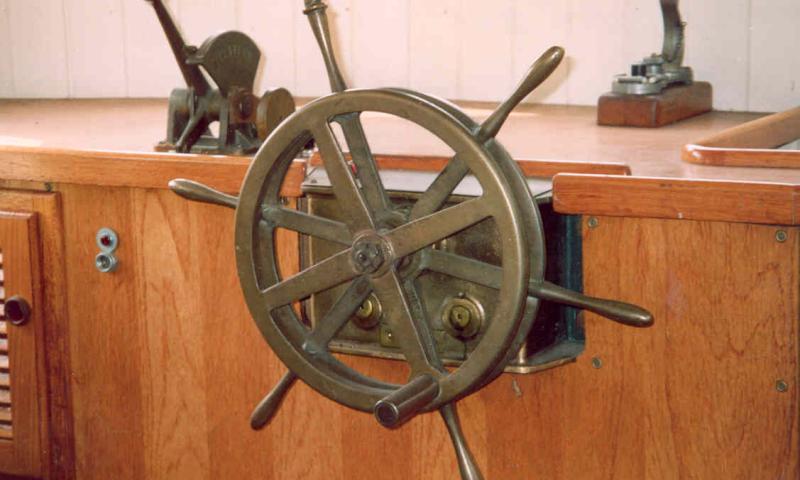 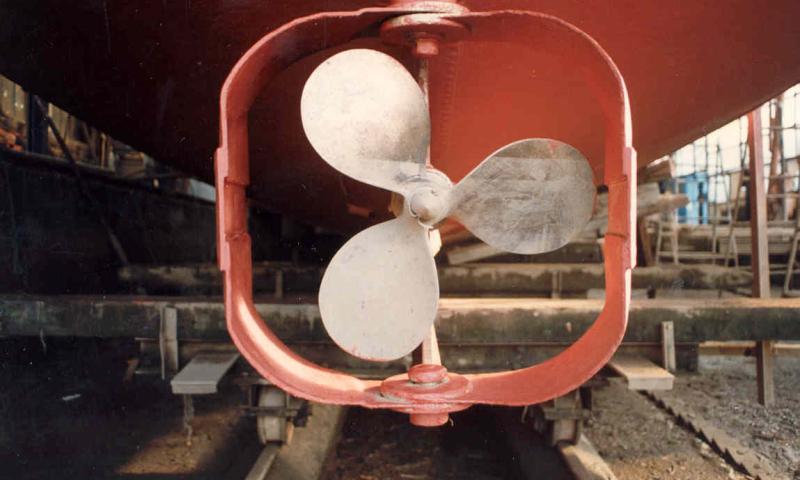 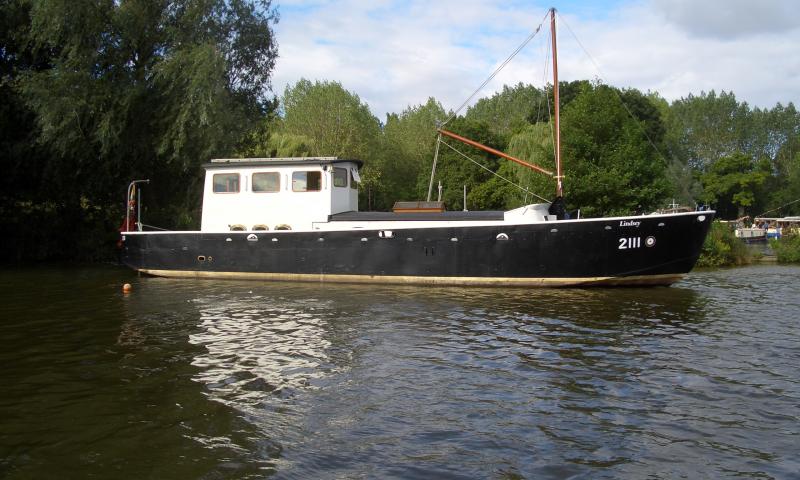 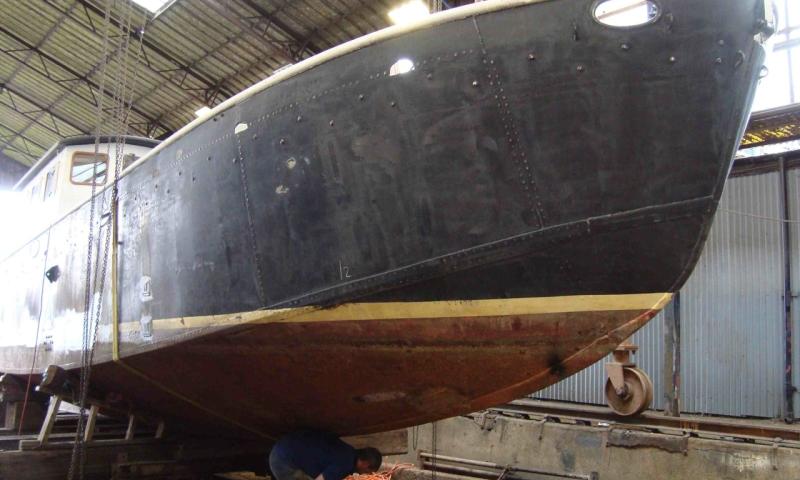 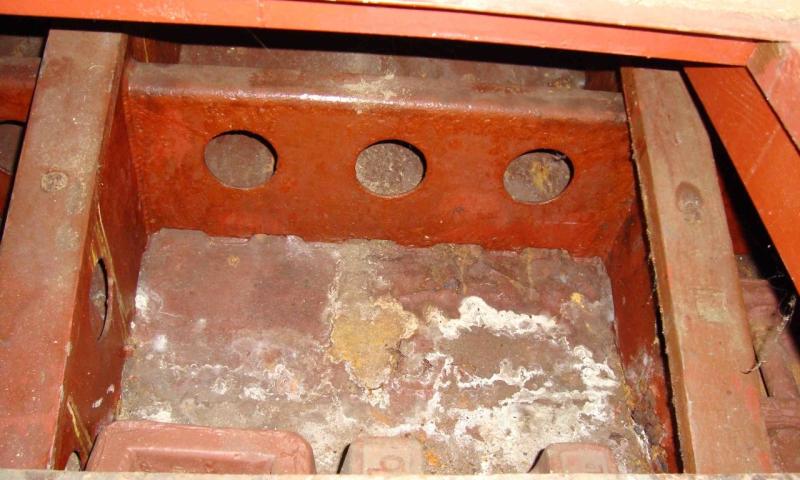 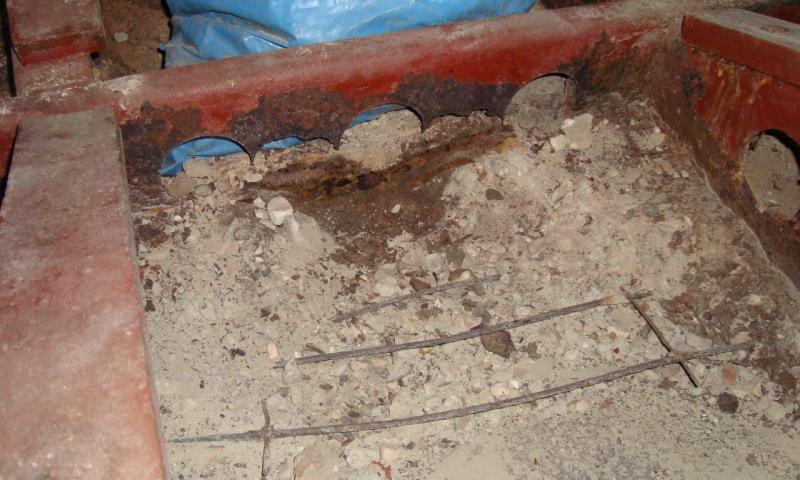 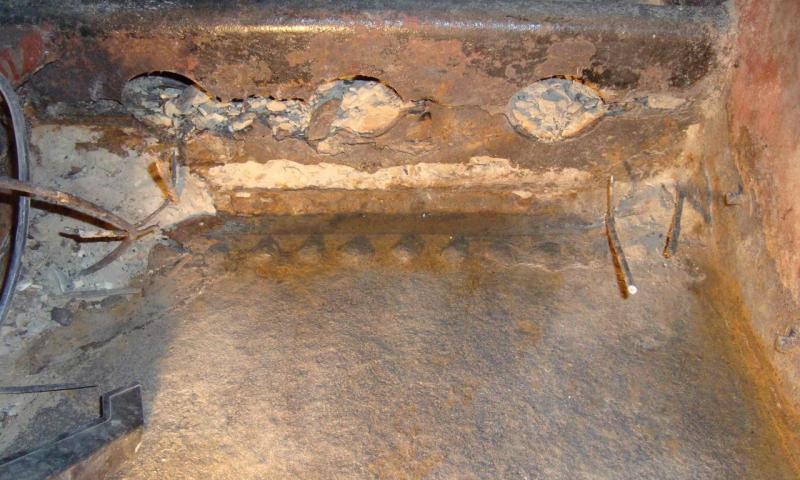 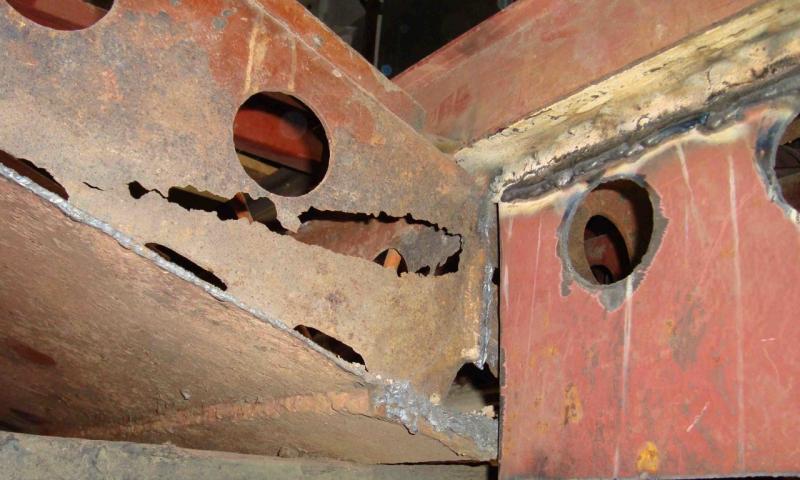 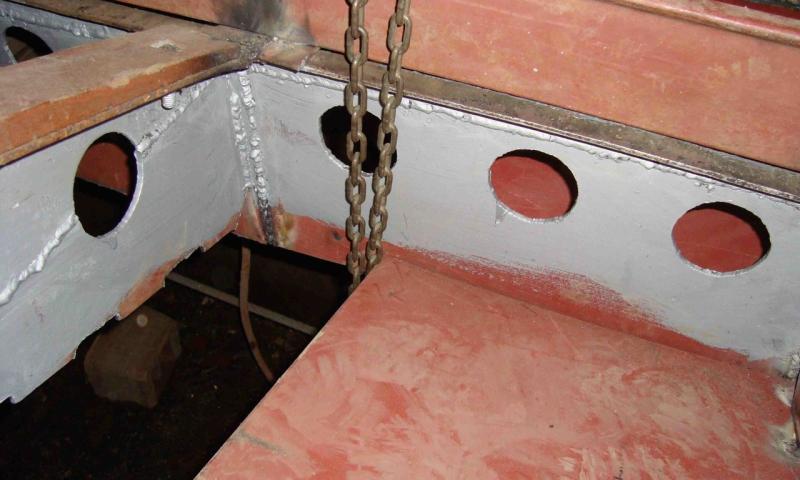 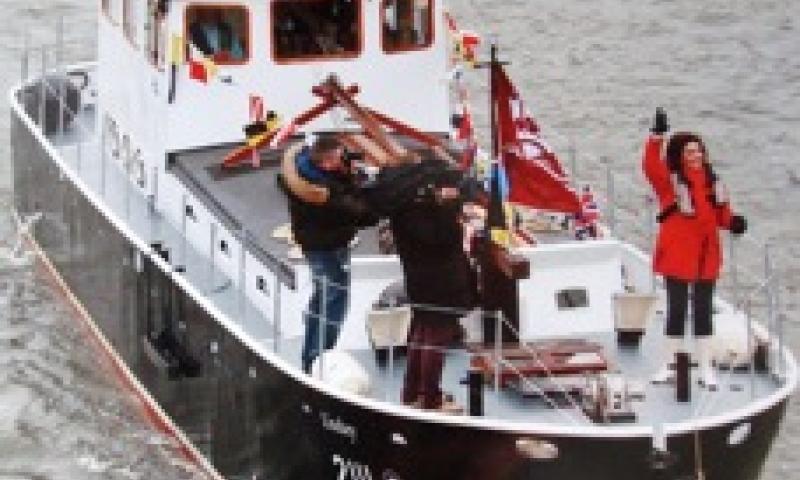 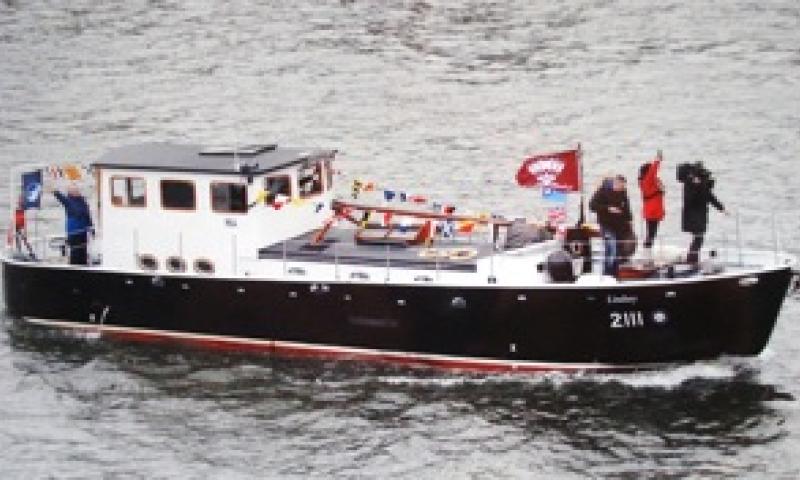 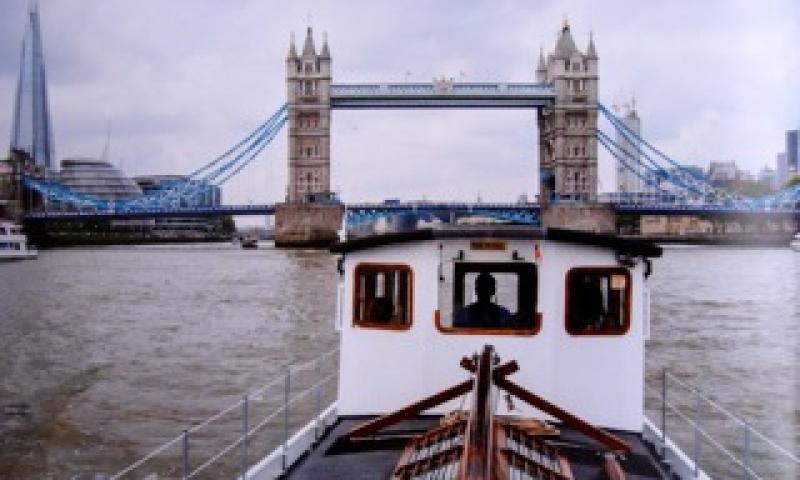 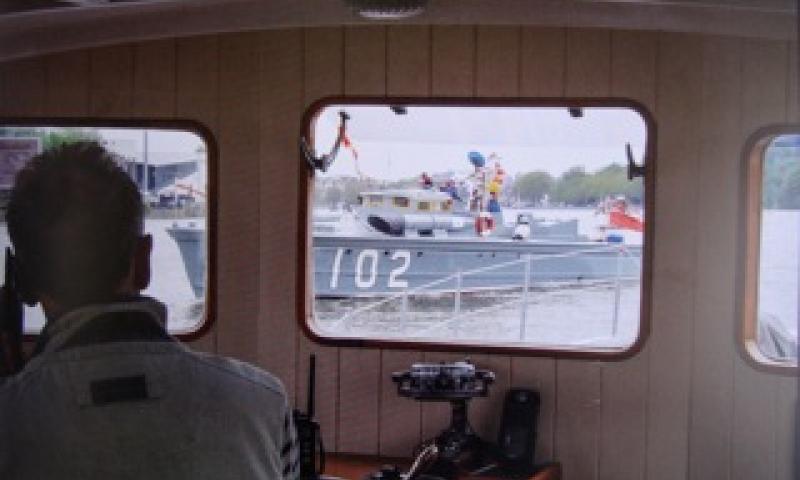 2111 had a semi-circular stern and a single screw combination with a Kitchen's Reversing Rudder. This device surrounded the propeller with a steerable tunnel made of two shells. To go astern, an inner wheel at the helm caused a worm drive in the stern compartment to close the shells behind the propeller and provide reverse thrust. This is similar to the manner in which modern jet engines achieve reverse thrust, but was patented by Jack Kitchen of Windermere in 1915. Unlike conventional single screw vessels, the reversing rudder enabled LINDSEY 2111 to move her stern to port or starboard from a standstill, and to turn in her own length using astern power.

Built in the earlier years of arc welding, LINDSEY 2111 is a hybrid of riveted and welded construction. The hull and deck plates are riveted together, but are welded onto the frames and bulkheads from the inside. Two specially strengthened lifting points are provided each side at deck level, near the shoulder and quarter of the vessel, so that the entire craft can be craned out of the water without the need to get slings beneath the hull. These, together with beaching legs which bolt straight into the side of the hull, enabled her to be lifted ashore for maintenance, or put onboard a larger vessel for long distance servicing of the flying boats.

LINDSEY 2111 was the seventh in a batch of eight refuellers ordered by the Ministry of Aircraft Production for the RAF. She was completed and delivered to RAF Mountbatten in May 1946 where she served with the Sunderland flying boat squadrons. She was later stationed at Pembroke Dock and Calshot. She stayed in service until the end of the flying boat era when RAF Sunderland ceased operations in the UK in 1956. LINDSEY 2111 was decommissioned in November 1957 and converted for private use. The three thousand gallon tank for aviation fuel was removed and a wooden coach roof placed over the remaining hold space. The steering was also moved from the cowl immediately aft of the front deck to a new position above the engine room. This only involved removing part of the long run of shafts that linked the helm to the steering gear. All the components of the Kitchen's Reversing Rudder are still original. The present owners acquired her in 1975 when she was lying at Teddington with a damaged engine and in use as a houseboat. They rebuilt the original Croslley BWMC4 air-start engine and ran it for a number of years until the block cracked irreparably, when it was replaced with a 1955 Foden FD6. A wheelhouse has been added over the engine room. The hull is sound and has not been altered and she retains many original features, such as the lifting points, beaching leg attaching points, manholes in both side decks, anchor and winch, accommodation ventilators, hatches to engine room and stern compartment, bollards, engine room portholes and light fittings. In 2008 she was painted in black and white with her RAF service number and roundel back in place.

LINDSEY 2111 is currently moored on the Thames and remains in use as a private leisure craft.