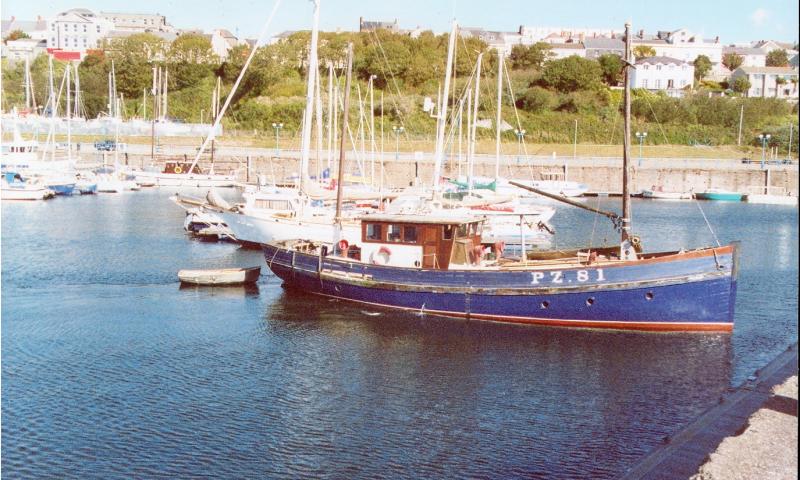 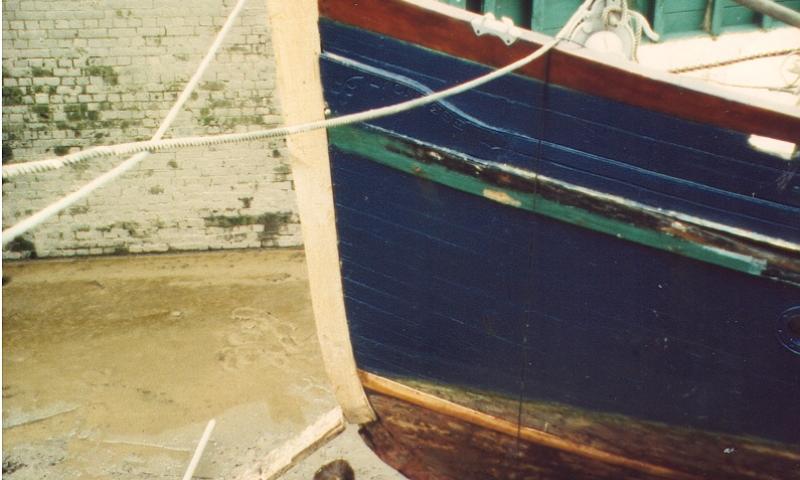 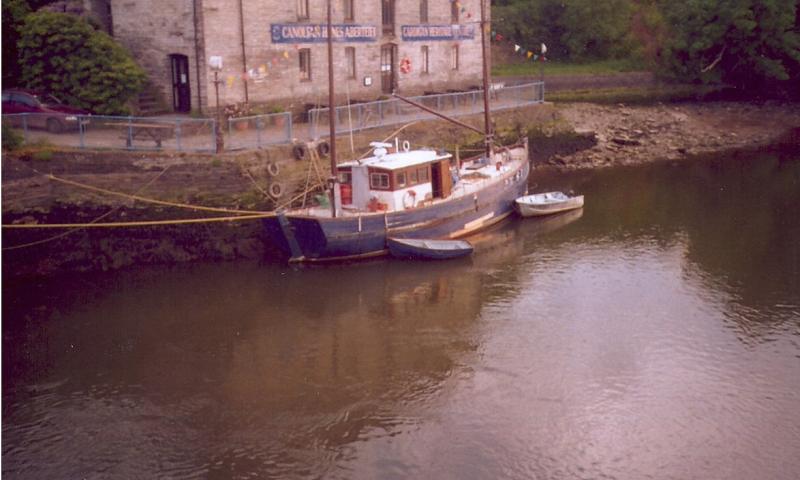 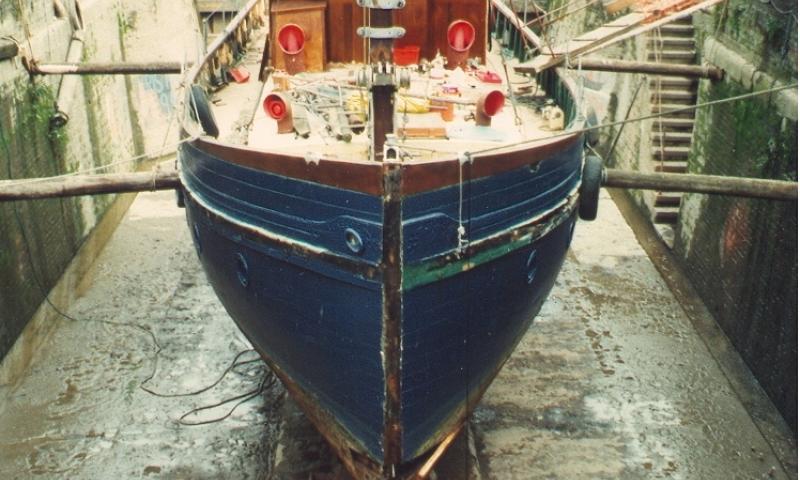 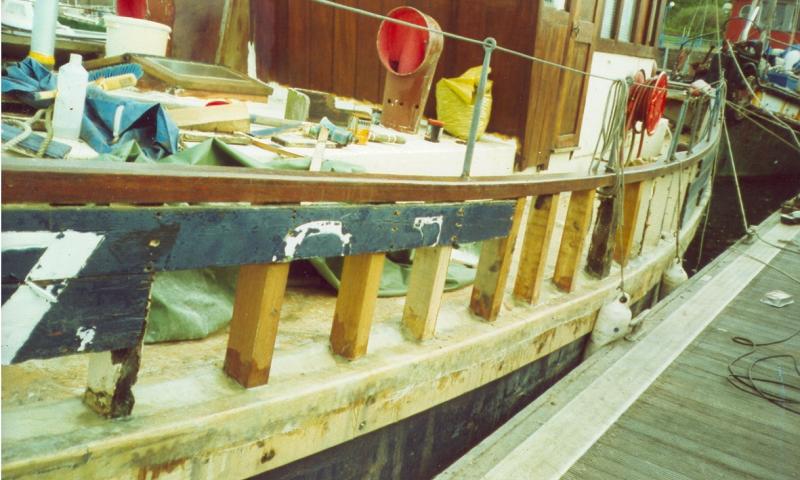 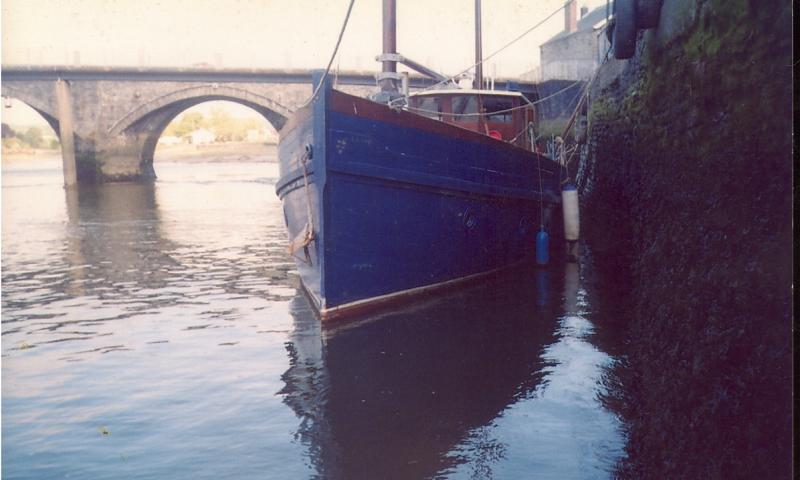 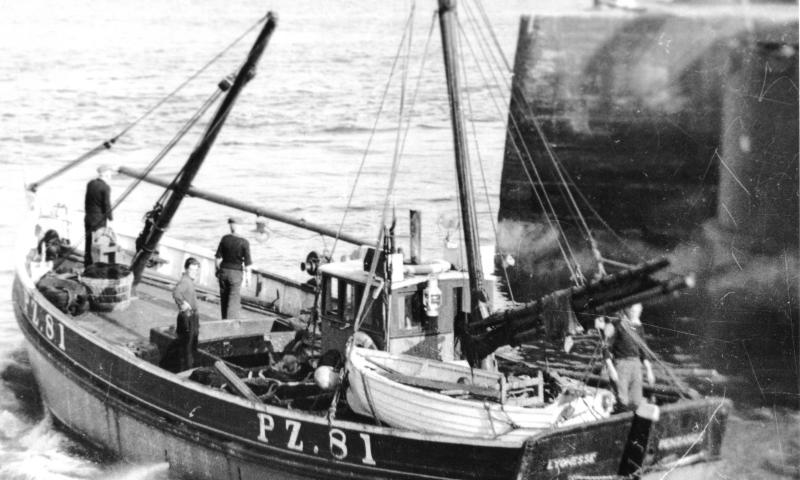 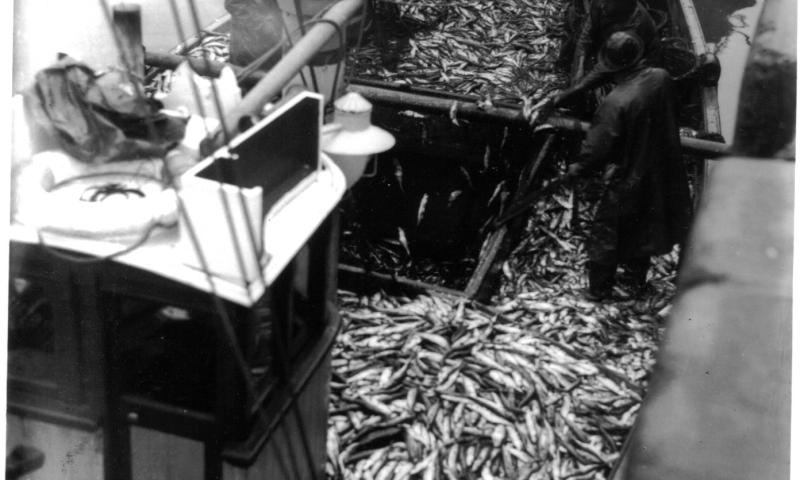 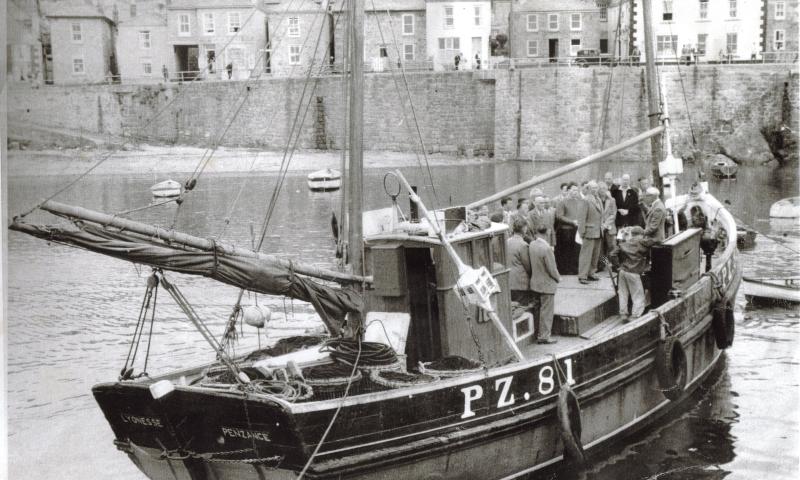 Built in 1930 by Gilbert & Pascoe of Porthleven, LYONESSE is a Mounts Bay fishing lugger of carvel timber construction. Her current engine is a Kelvin diesel model 88. She was long line fishing from 1930 to 1961 and was converted to a pleasure craft in 1963. In 1973 she was purchased by Jack Lewis, a Worcester boat builder who commenced a reconstruction. She was bought in 1986 by her present owner who continued the work in Gloucester drydock and Milford Haven. In 2004 she sailed to Cardigan. Beyond the bare facts is the story of one man, John J Pender, who was her owner and skipper from her launch in 1930 to 1960 and recorded the story of LYONESSE in his book 'A Mousehole Man's Life Story'. Fishing off the coasts of Devon, Cornwall and the Isles of Scilly he paints a picture of a fisherman's life in a period which included World War II when she was commandeered by the Admiralty. In July 1959 she briefly became famous when she was accidently shelled by HMS BELFAST when 50 miles off Lands End. After taking avoiding action and radioing an SOS the shelling stopped and the Captain of HMS BELFAST radioed a personal apology. In 2011, under new ownership, LYONESSE was moved from Cardigan to Milford Haven and carried out structural work to make her ready for her next trip, which was due to be to Essex where she will be fully restored. 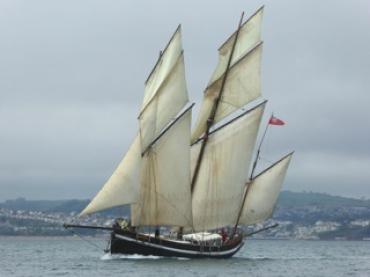 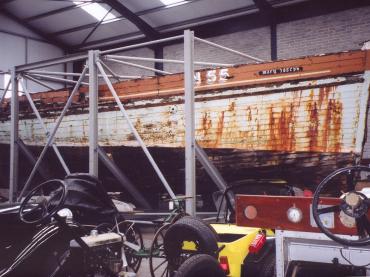 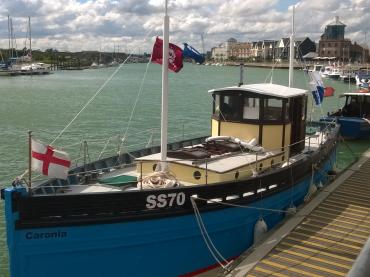 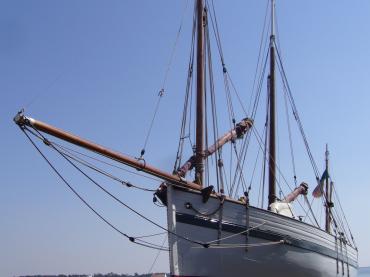