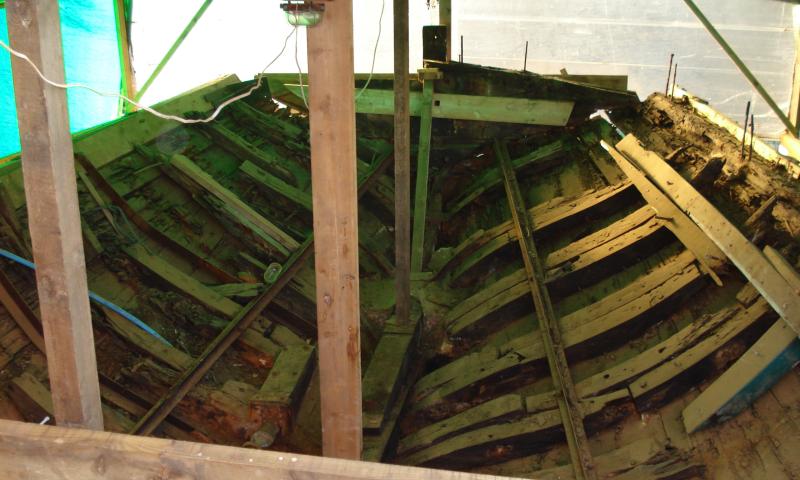 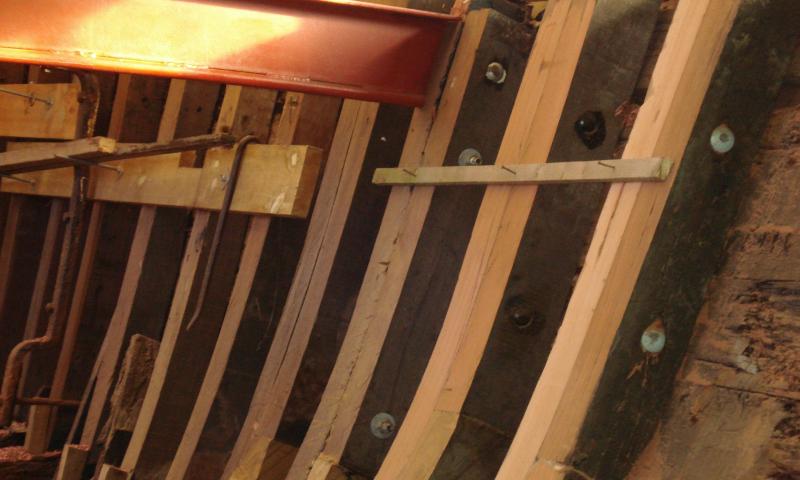 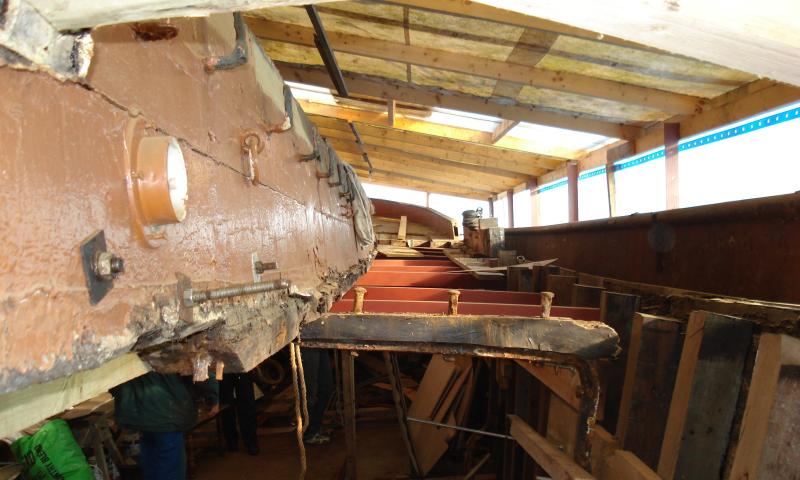 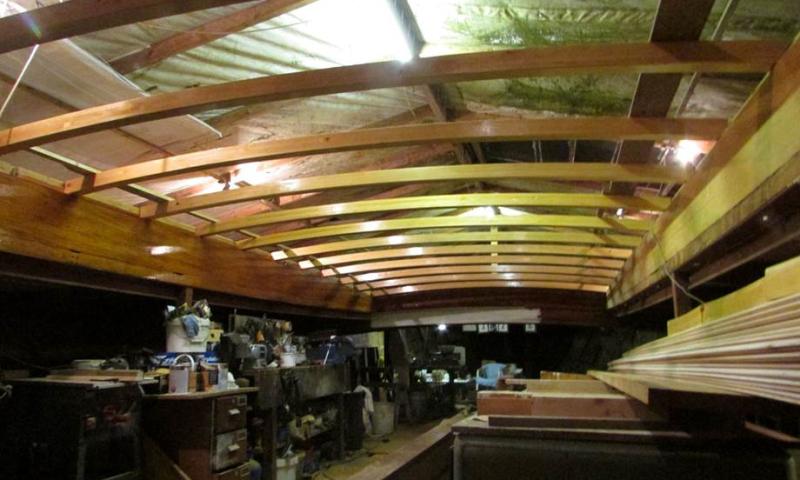 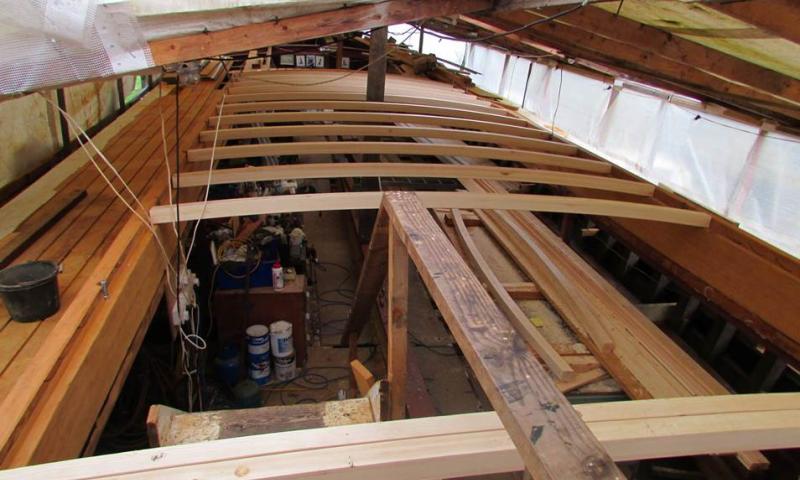 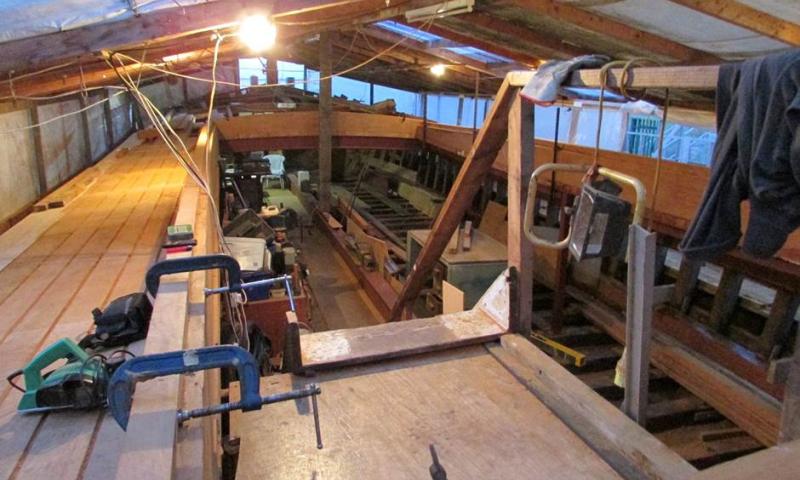 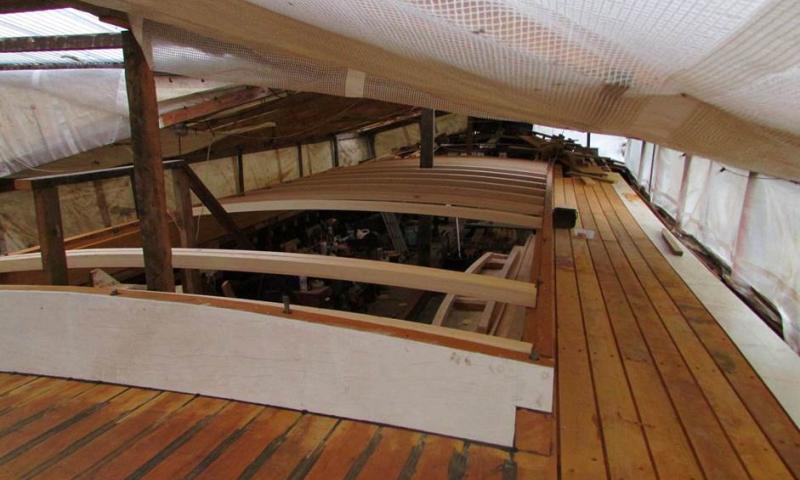 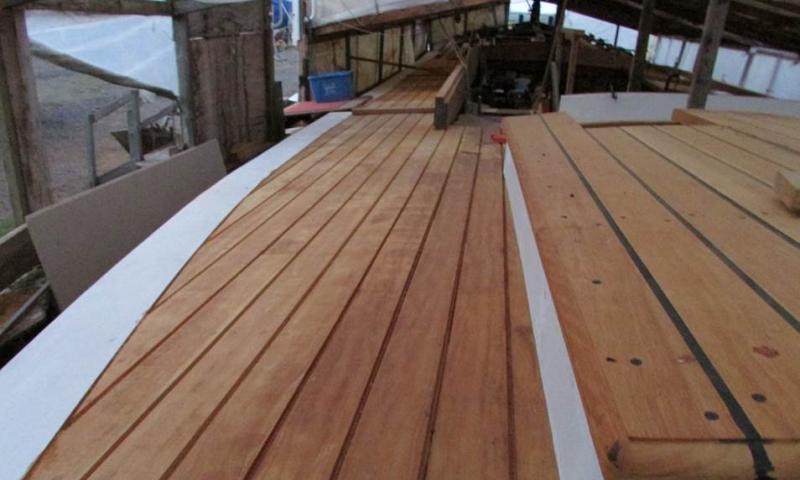 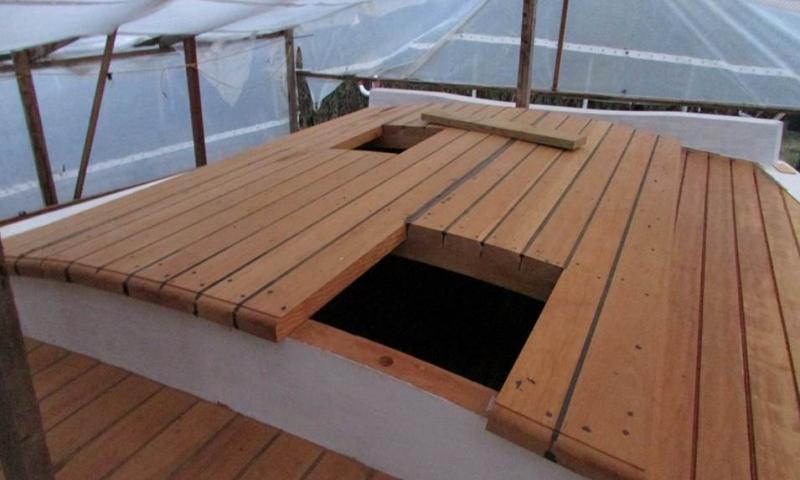 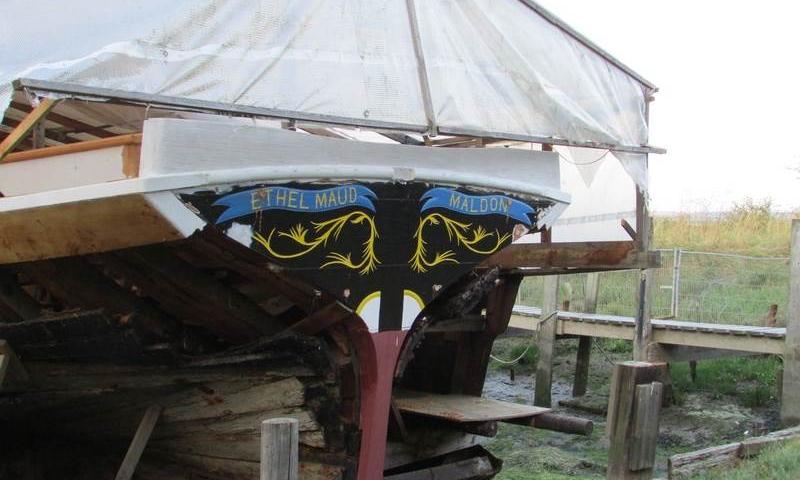 Built of pitch pine on oak by John Howard, of Maldon, and completed in 1889 for John Parker of Bradwell, ETHEL MAUD was a stack barge (or stackie) used for carrying hay and straw from east coast farms to London where it was used as horse feed or bedding.  She frequently carried ‘scrapings’ – horse manure swept from the streets of London – as her return freight for use by the farmers as fertiliser. Like many sailing barges, her rigging allowed for her spars to be lowered easily to pass under bridges. In 1910 she was sold to James Keeble and then later to Green Brothers (Maldon) Ltd, the millers at Maldon. In 1951 they converted her to a motor barge and she became the last barge to trade out of Maldon.

ETHEL MAUD had success as a racer whilst in Greens’ ownership. When the Blackwater match was revived in 1921 she was the winner, and again in 1922, in each case under skipper George Hales. Then in 1934 she won again under skipper R Hedgecock. Even in her old age ETHEL MAUD was said to be a fast sailor; her moveable bowsprit could carry two staysails, a jib and a fore sail, and despite her shallow draught her leeboards gave her good performance to windward.  Hervey Benham in ‘Down Tops’l’ recorded the keenness of her skipper and crew in barge matches : ‘on one occasion the ETHEL MAUD was put on Cook’s blocks and a crew of fisherman who liked to join in the sport black-leaded her bottom and polished it with a hand brush. Then they took her down to Heybridge and laid her across the gut of the channel leading into the Basin for the night ebb, piling all her gear in the middle of the hold. She dropped her belly, and, in George Hales’ words, went like a mad thing, continuing to do so after the race till she sat in a berth which pushed her back into normal shape’. Hales had first gone to sea at the age of ten, when his father had made him third hand on his stackie barge and later was master of four barges, the last being ETHEL MAUD. On what became his last freight he was struck by a flying windlass-handle and was thrown against the rail, cutting his head open so badly that he was not allowed to return to sea.

By 1951, still owned by Green Brothers, she was the last sailing barge owned at Maldon. In December 1951 a Kelvin 44 engine was installed at Rowhedge but ETHEL MAUD retained her mainsail and foresail until January 1961. She was laid up in 1963, when new loadline regulations made her uneconomical, her trading days over. Subsequently she was re-rigged at Maldon and then came to the Medway where she sailed and raced until the late 1970s. She was sold in the 1980s and was converted into a static house barge at Sheerness, but retained her masts. She had two more owners who tried to re-rig her once again but finally she ended up in the Dolphin Barge Museum at Sittingbourne in 1996. ETHEL MAUD fell into disrepair and became derelict. In 2001 she was purchased for a complete rebuild, with only the original bottom of the hull remaining.