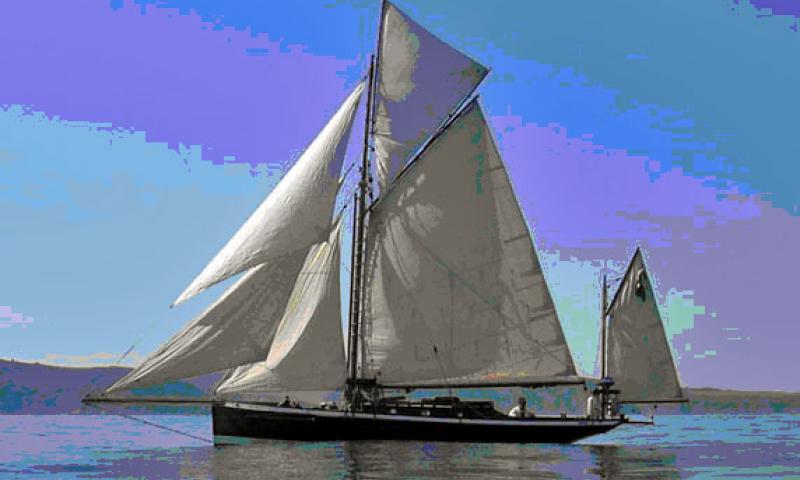 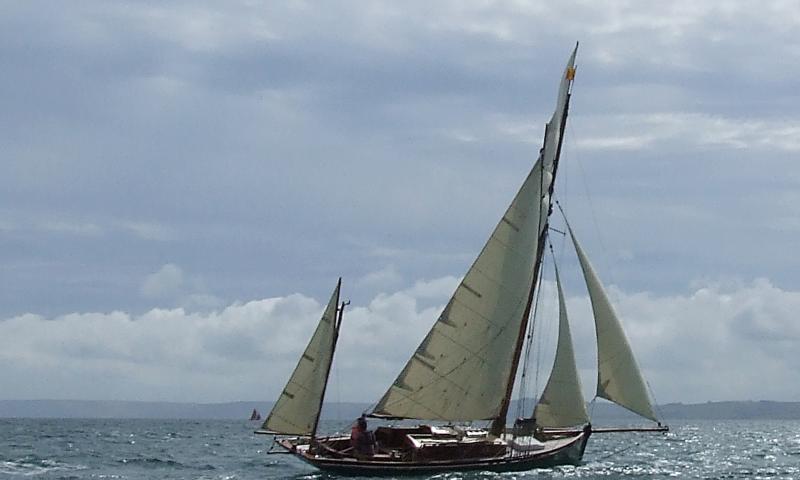 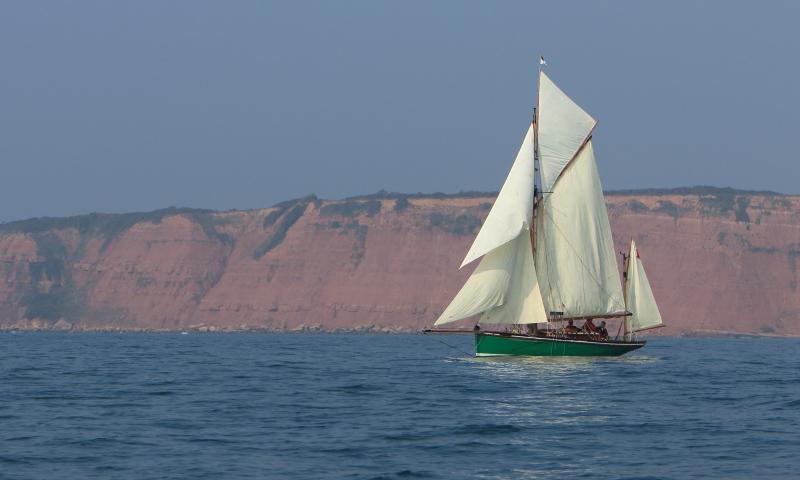 CLEONE is believed to have been built in 1860 on the Fal estuary at Restronguet or, possibly, Feock, but her builder is unknown. The construction of CLEONE may have started out as a fishing dredger, due to the roughness of the scantlings, but she was obviously then taken over in build and finished as a yacht for a local owner. She spent virtually all her sailing career on the east coast rivers under various owners. In the mid 1950s, she was found anchored on the River Stour and became quite dilapidated with many of her fittings missing. She was also involved in a collision with a larger vessel which damaged her deck and bulwark. CLEONE was recovered from the saltings and taken to Holbrook creek where she fell over and sank. In 1958, she was bought by Mr H Ballam who transferred her to Melton Dock where much of her missing equipment, including the mizzen mast, was found and some repairs were carried out. In 1979, she was purchased by Mr M J Wright who took the vessel to Beccles and started a rebuild that lasted 12 years. During that time, her deck was replaced and raised, the rudder and coach roof were renewed and some oak frames were doubled. Apart from the garboard strake, all the hull planking was found to be in good condition. CLEONE was re-launched in 1992 and sailed to France to take part in the Brest Festival. That year, the Wrights moved to Devon and the boat was based in Dartmouth. She was subsequently sold in 2006 and moved to the River Exe at Exmouth. At some stage, she was fitted with a Petter engine but this was replaced with Beta 20 hp diesel in 2008.