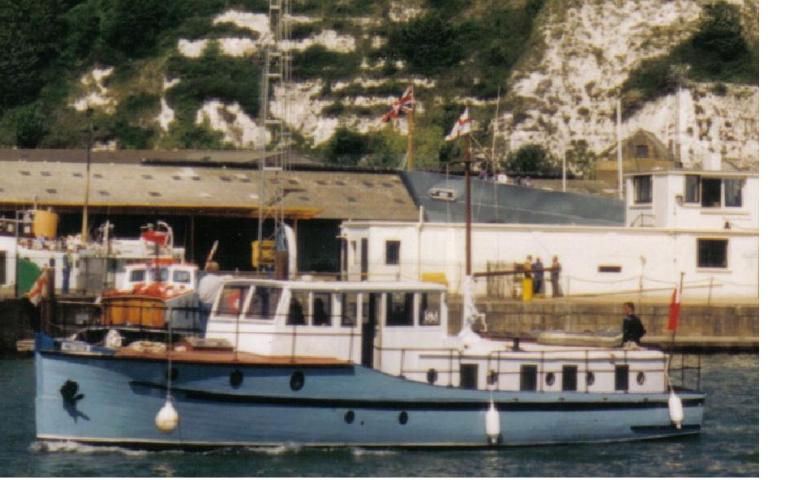 MATOYA is a motor yacht of timber carvel construction with twin BMC Commodore diesel engines. She was built by James Husk of Wivenhoe in 1930. Her first owner was Major D D Milne who sold her to Lt.Comdr K E Gain in 1936. Acquired by HM Government in 1940, MATOYA took part in Operation Dynamo, the evacuation of Dunkirk, and served as a Naval auxiliary until 1947. Reverting to private use she was bought by Mr & Mrs Dinwoodie who sold her to Mr Tubbs in 1978 and she was renamed MAYHOOD. Sold on to Mr Colin Green in 1980, she then passed to Mr Bill Finch who reverted to the name MATOYA. One other change in ownership occurred in 1997 when she passed to Mr D K Merifield. MATOYA was bought by her present owner in 2000 and has undergone substantial restoration since then.