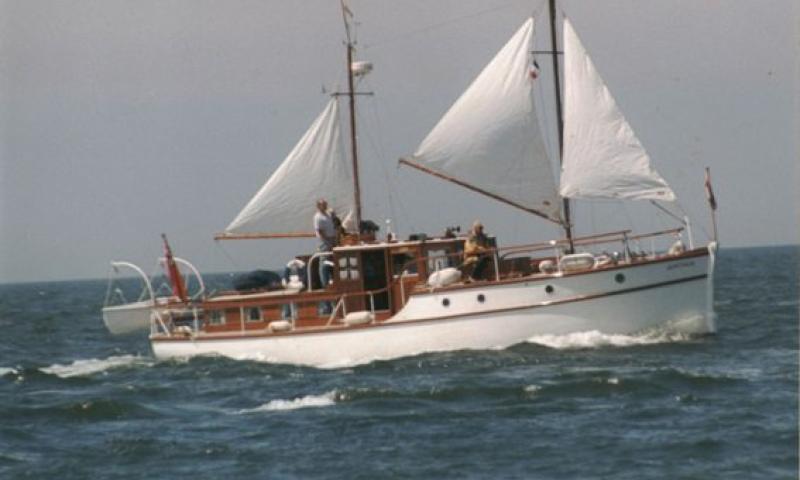 JANTHEA was built in 1938 as a twin screw motor yacht, as a one-off at a cost of £1,885 - 15 shillings and named REDA by her owner Austin Reed, a London publican. He took delivery of her in 1939 when Ron Lenthall, who was Ron Tough's Waterman at Teddington, brought her from Suffolk to the Thames on her maiden voyage - but he never had a chance to sail in her. In 1940, JANTHEA was used in the evacuation of Dunkirk. After Dunkirk, REDA continued as an auxiliary patrol vessel and during the war her name was changed to COLUMBINE and she served with the Harwich Patrol until June 1947 when she was re-registered in the ownership of Arthur Foster, an engineer from Chigwell. JANTHEA had 3 other owners between 1950 and 1952 when she was sold to Leeds businessman Arthur Kaye who re-named named her JANTHEA. Her current owners have had her since 1984. JANTHEA is still a very active member of the Dunkirk Little Ships Association and is well known on the Thames.