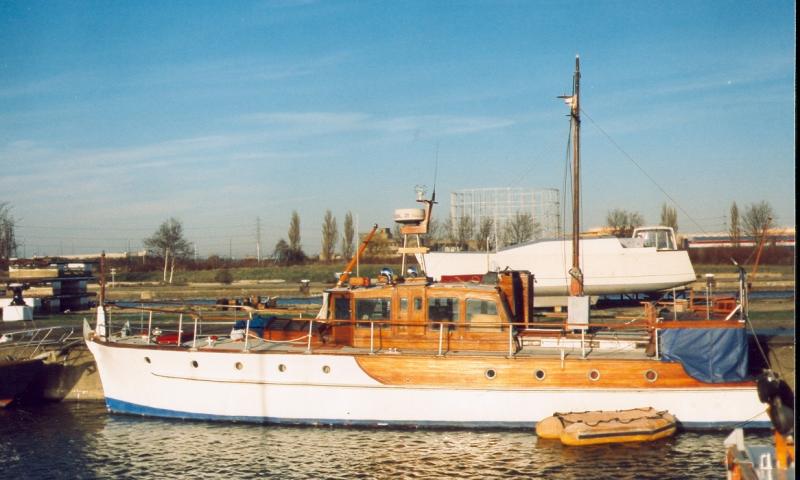 Built 1937 by Rampart Boat Building Works in Southampton for Mr McLoughlin, ARKIAN is a motor yacht with a hull construction of pitch pine on oak. Her current engine is a BMC diesel fitted in 1988. Her initial name was ZELIA but after being commandeered by the Royal Navy for World War 2 service she was renamed RANIA. Her war work included patrol, communications and transport for Naval personnel who needed to move around in the rivers and estuaries of southern England. She took part in the Dunkirk evacuation but no details are known. After the war she had 4 owners in forty years and in 1989 received her third name – ARKIAN. In 1992 following an accident she was at Tough’s yard in Teddington having her transom, after deck and starboard quarter rebuilt.