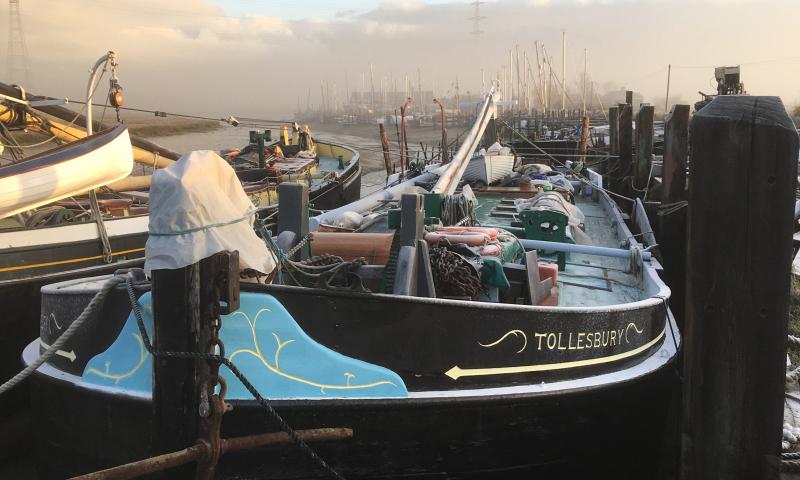 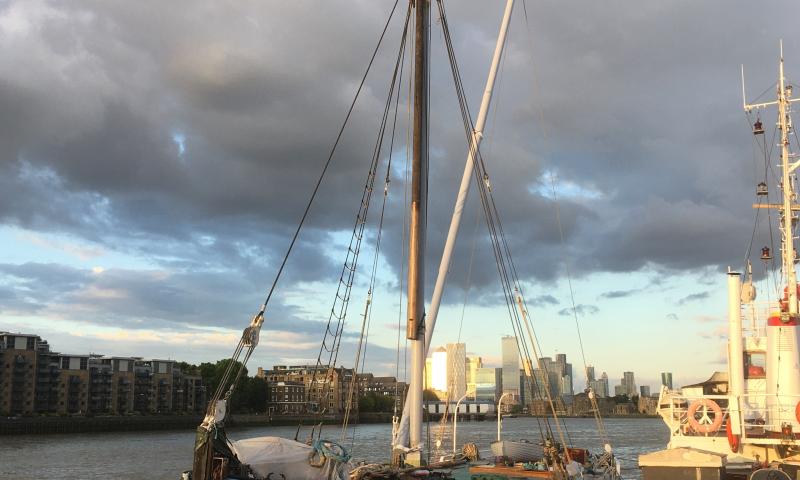 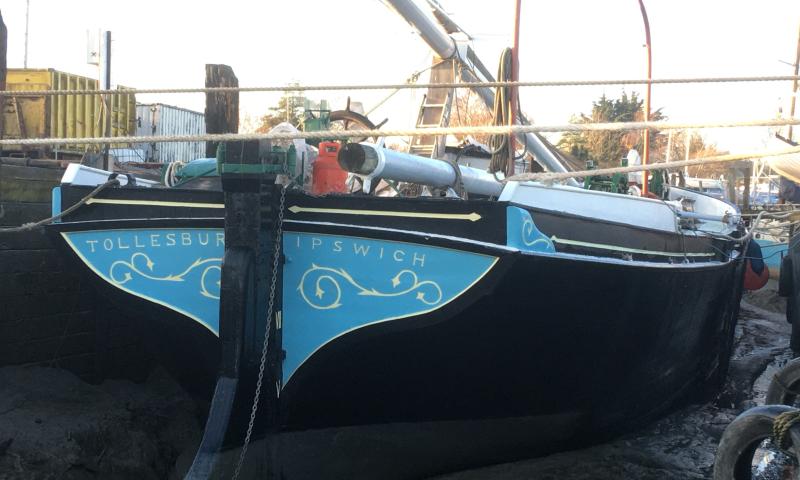 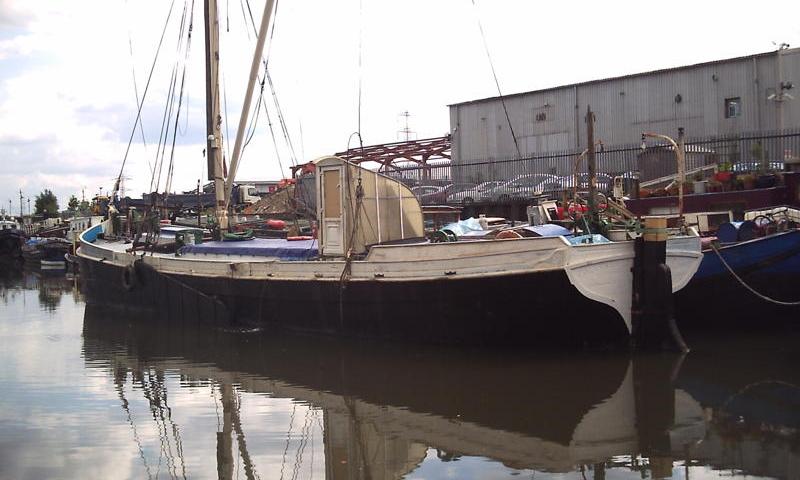 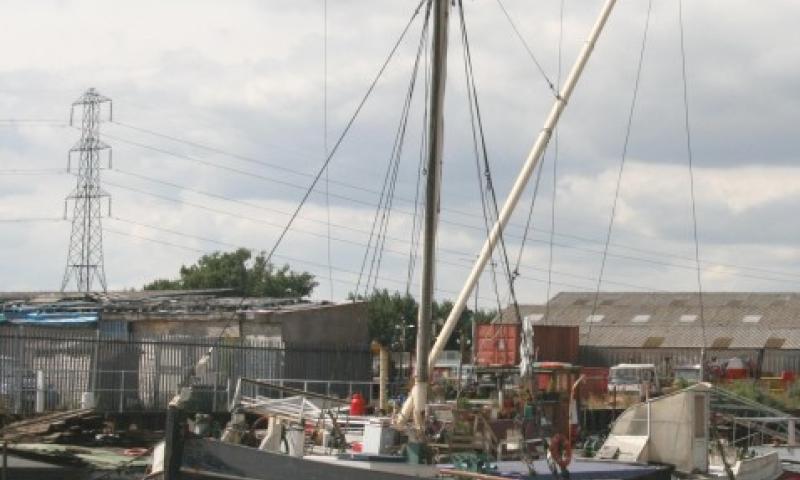 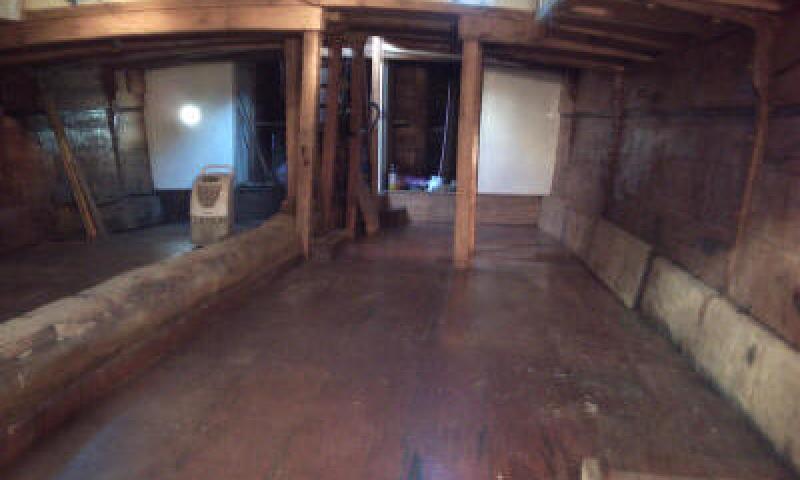 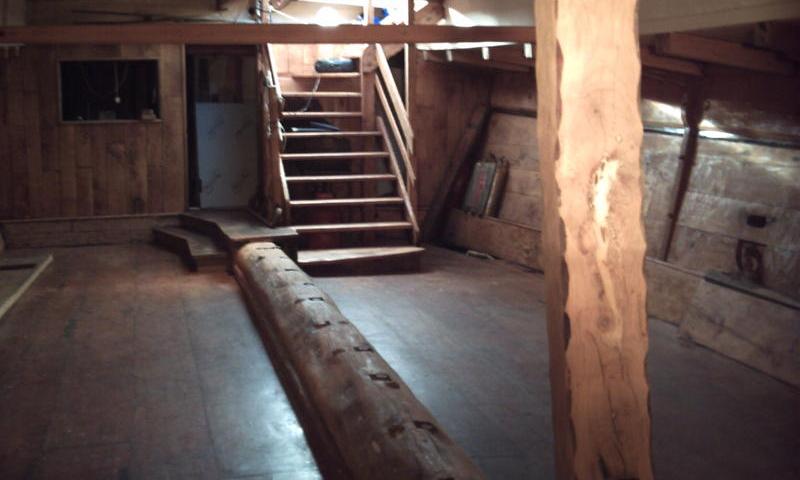 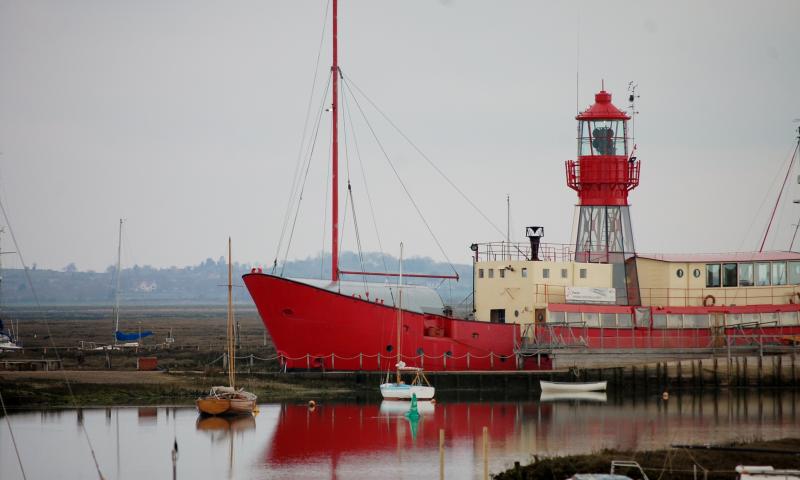 TOLLESBURY is a fishing village in Essex, on a tributary of the River Blackwater, which was a loading port for the stack barges. They could lie alongside for horse drawn wagons to unload them. It was after this village that the barge TOLLESBURY was named by Mr Fisher, her owner in 1901.

She was built at Feltham's Yard at Sandwich on the Kentish Stour. From 1912 she joined the fleet of R & W Paul Ltd, of East Anglia, carrying mostly grain, malt and animal feeds but also stone, coal, coke and pitch. Her skipper at the time was Lemon Webb who skippered her around the south coast and across the channel.

At the end of May 1940, Lemon was sailing TOLLESBURY up the Thames near Erith when a naval launch came alongisde and instructed him to proceed to Cory's jetty for orders. There, Lemon and his young lad of nineteen, were given the choice to leave the ship or to volunteer to evacuate the British Expeditionary Force from Dunkirk. Neither of them hesitated so TOLLESBURY was commandeered as part of Operation Dynamo and sailed across the channel to Dunkirk. Although their orders were to run aground and abandon her for use as an embarkation platform, Lemon re-floated her and eventually carried more than 200 soldiers off the beaches.

After the war, TOLLESBURY continued in trade under sail until 1950 when her first engine was installed, going out of trade in 1965 to become a private yacht. By 1978 she was a houseboat. In 1989 she underwent a large amount of restoration work ready for the 1990 Dunkirk commemorations which included replacing/repairing both frames, hull and deck. Following this, she became a floating pub at Millwall Dock in London and was damaged by the Docklands bomb in 1996.

She is one of a handful of Thames Sailing Barges left complete and afloat.Her owners have begun the process of full restoration back to sail, including the renewal of her decks with hardwood to original specifications and the gradual restoration of her rig to its original sail plan. 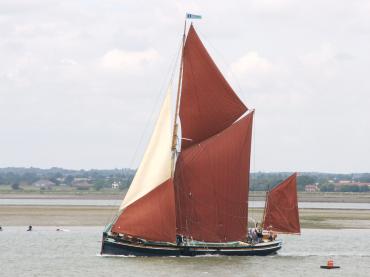