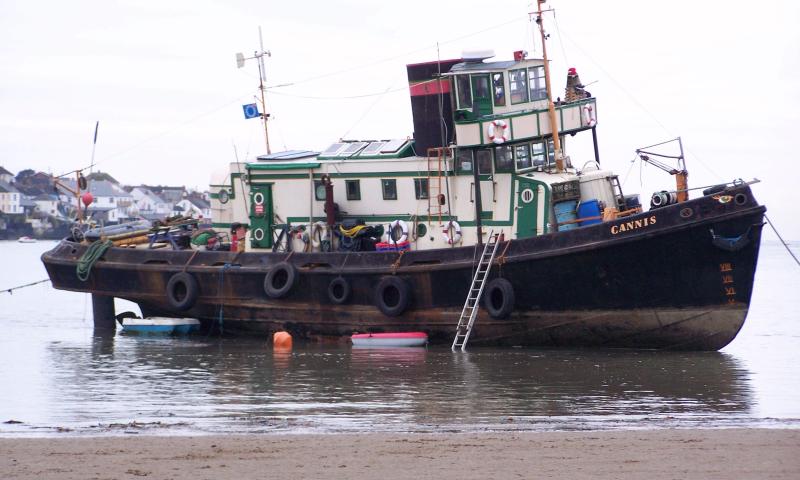 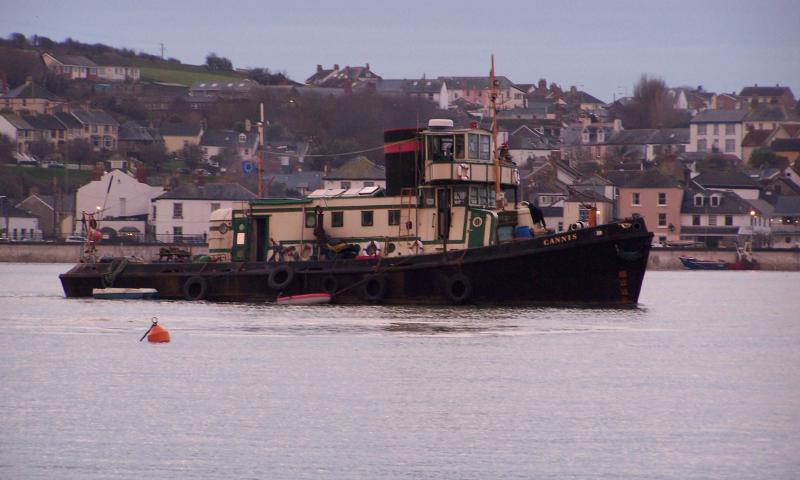 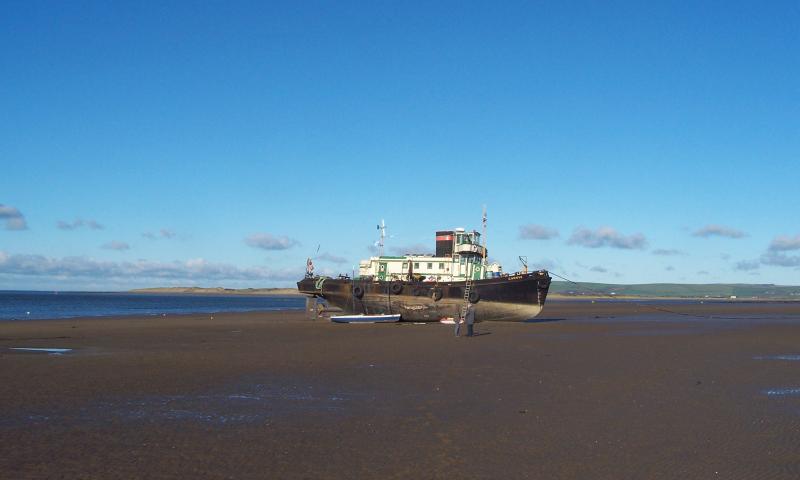 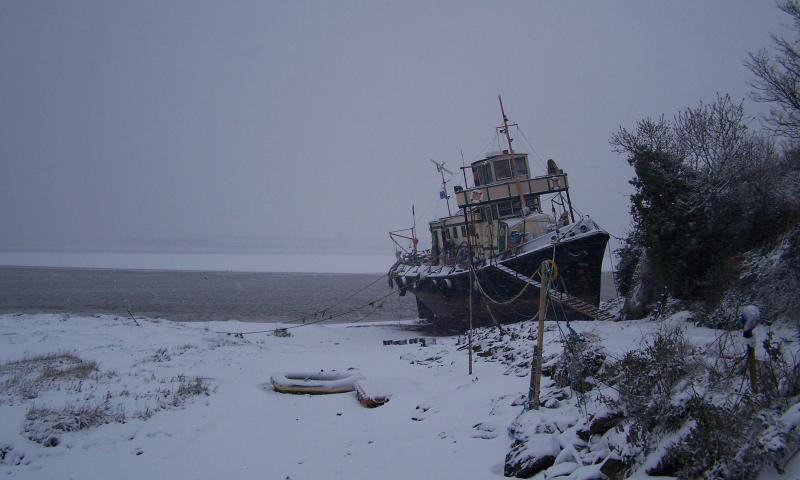 Built in 1953 by Richard Dunstone Ltd ,Thorne Yard Number 862 she was registered No. 7 in 1953 at the port of Rochester in Kent for London and Rochester Trading Co, Rochester, Kent. She was purpose built to operate in Medway and Thames to tow barges for the company. At 80ft in length with a beam of 19ft 6ins she drew a deep 10ft 6ins. The GRT was 90.5 tons. She was powered by a single 600 bhp Crossley CRL 4/25 diesel engine controlled in the engine room with telegraph commands. This gave a bollard pull of 7.5 tons. Access to the engine room was via a sliding hatch in the engine room casing or there was a watertight door from the crew room/mess aft. This was accessed from a separate hatch and companion way ladder at the after end of the casing. Her Official Number184230 and her IMO number issued some years later was 6418194. An incident in 1968, the small cargo barge Knox VIC 59 (the fore runners of the clyde puffers) also owned by London and Rochester Trading Co ran high and dry in the marshes in Sittingbourne Creek on the biggest tide of the year. About a month later the wind came force 8 NW and this pushed the tide higher so skipper and his mate went to the Knox to affect refloating. When they entered the engine room to their amazement all the non ferrous metals had been removed off the Kelvin 66, thus it was not possible to use. A phone call to the Rochester office soon had their diesel tug "ENTICETTE" to the creek and towed Knox to the Rochester yard. The Harbour Master Capt Wilson, having discussed the advantages of diesel power over steam, chartered in the diesel tug SEDGECOCK and having arrivedon 7th February 1964 a towing contest was arranged with the St.Canute. Diesel won and the board decided to purchase a diesel tug.

m.t.”ENTICETTE” having been put on the market seemed to fit the harbour commissioners requirements and the harbour master inspected her on 25th May. By 29th June the commissioners’ offer of £26,500 through brokers H.E.Moss and Co had been accepted subject to survey. On 6th July the tug was hauled out of the water in Rochester and the survey was carried out by a Mr Burn and the harbour master. All was found to be satisfactory re-floated on 8th July. The tugs master and engineer, Messrs Hunkin and Salt, having arrived, departure for Fowey was made at 1145 hrs. An engineer from the sellers made the trip to familiarise the Mr Salt FHC engineer. Shelter was sought in Dover as the winds strengthened. Early next morning passage was made as far as the I.O.W. where shelter was again sought this time in Cowes Harbour. She left there at 2045 hrs on the Sunday passing Portland Bill at 0300hrs and arrived in Fowey at 1130 hrs on Monday 15th July. Her funnel markings were painted over the following day and she entered service nearly straight away. She was renamed CANNIS, after the outcrop of rocks off Gribbin Head about one mile south west of the harbour entrance, by the board with St.Cadix and St.Winnow kept as reserves. She had become the first diesel tug to be owned and operated in Fowey.

Because of her low freeboard and low bulwarks, rails were fitted shortly after arrival especially necessary for towing barges to the dumping ground. She was registered in the Port of Fowey on 24th September 1964. Once the dumping ground had been reached the speed was reduced and when the skipper of the tug was happy he sounded the whistle, a signal to the barge crew to knock out and open the barge doors. The 150 tons of mud would normally drop out easily but on occasions the barge would need to be towed in circles until the motion dislodged the material in it. If the weather was calm the barge would be brought alongside for the passage back and the barge crew could go on board CANNIS for a cup of tea. If not the operation would happen in the calm waters of the Harbour and the barge would be slid alongside the dredger or pontoon. By this time the next barge would be loaded and the operation commenced again. The operation would stop for ship movements that needed two tugs or if CANNIS was the only tug available.

CANNIS was laid up on skids in Bristol Harbour in 2008. Reservation has been ongoing since 2001. She has been restored, re-engined and re-purposed to a liveaboard motor vessel (NOT a "houseboat). She is on the small ships registered.