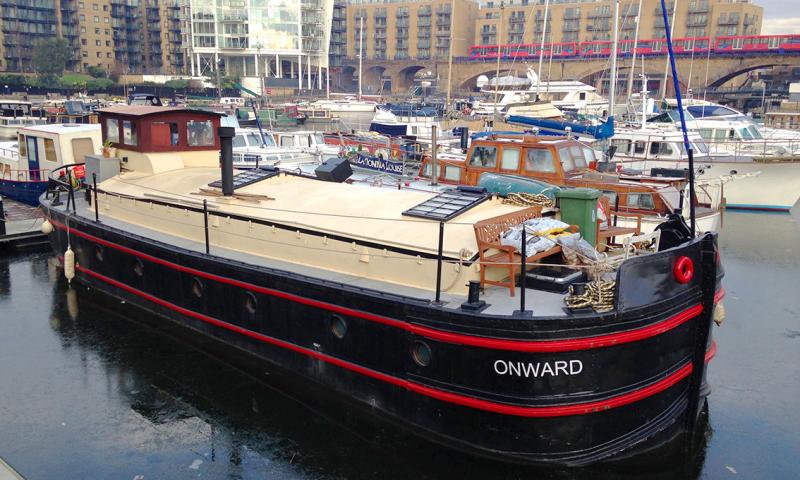 Humber Keels are a uniquely British boat with not too many left afloat. They were workhorses and a lot were left to rot at the end of their working life. Their design is reputed to be based on the viking longboat.

ONWARD was taken out of service in in 1995 and cut and shut from 65 feet to 50 feet. The inside was converted by a master carpenter to accommodate his family of four. The wheelhouse, steering mechanism, tiller and engine room are all original including the hand crank Lister JP3. The vessel was used as a static houseboat. The current owner has serviced the engine and restored the engine room and brought her back to cruising standard. She has been overplated from the waterline down, and repainted.