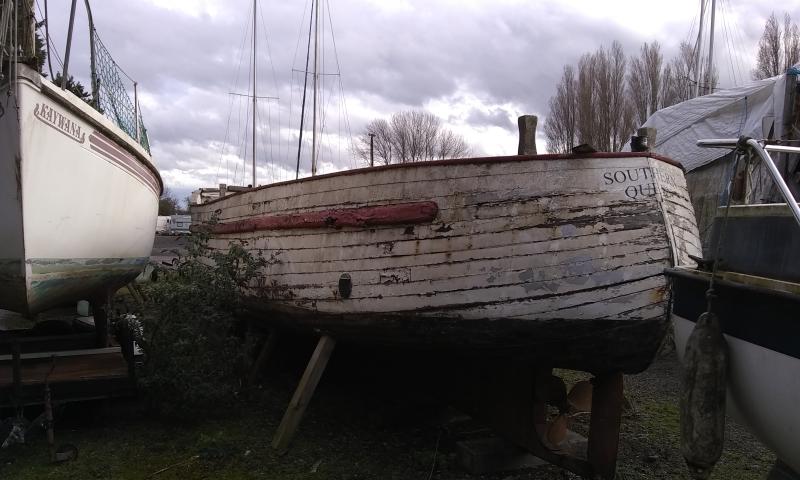 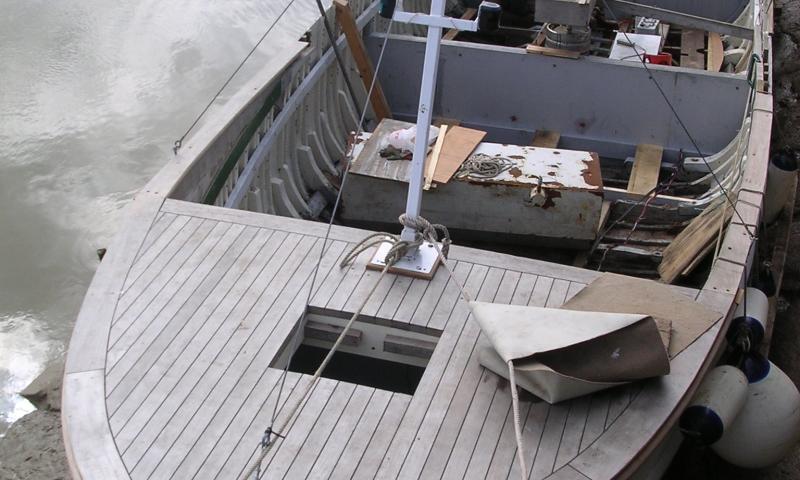 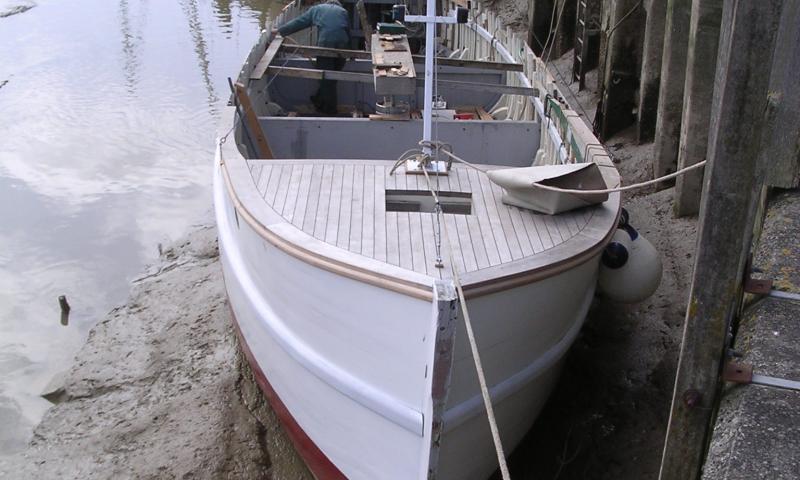 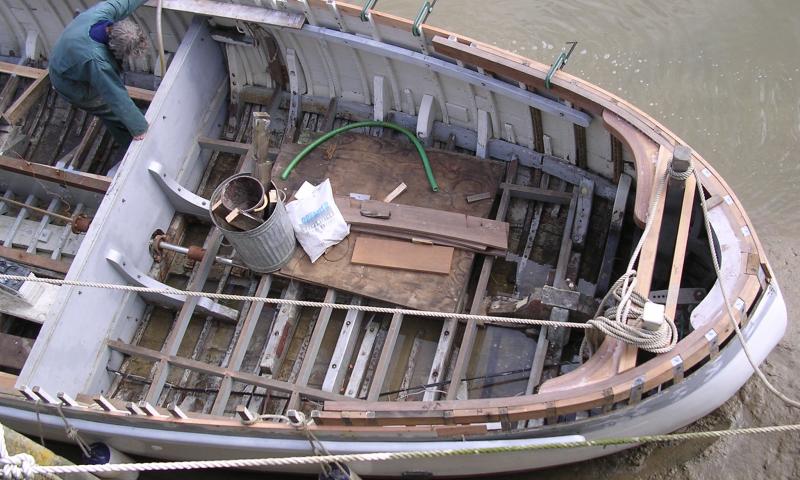 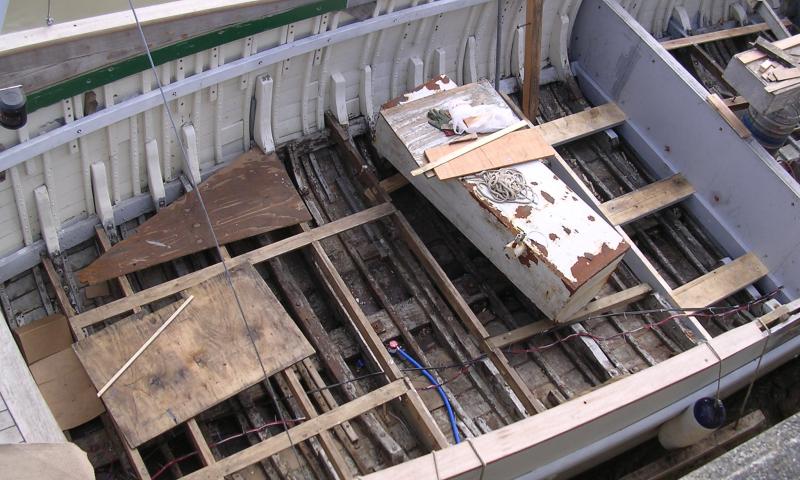 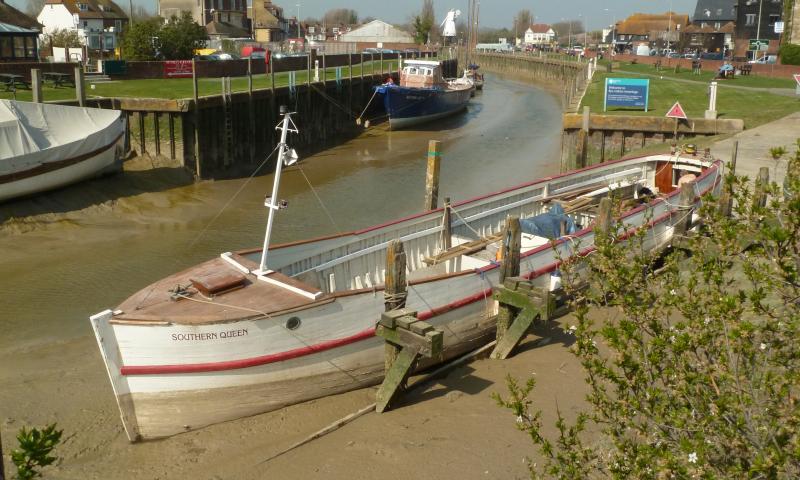 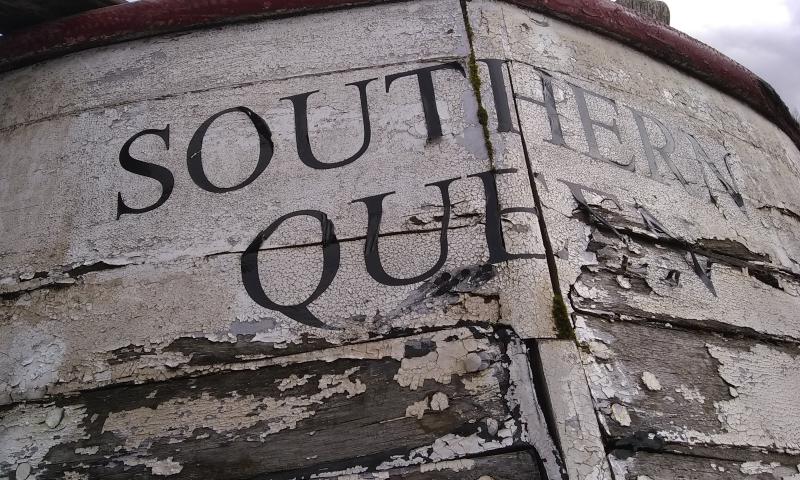 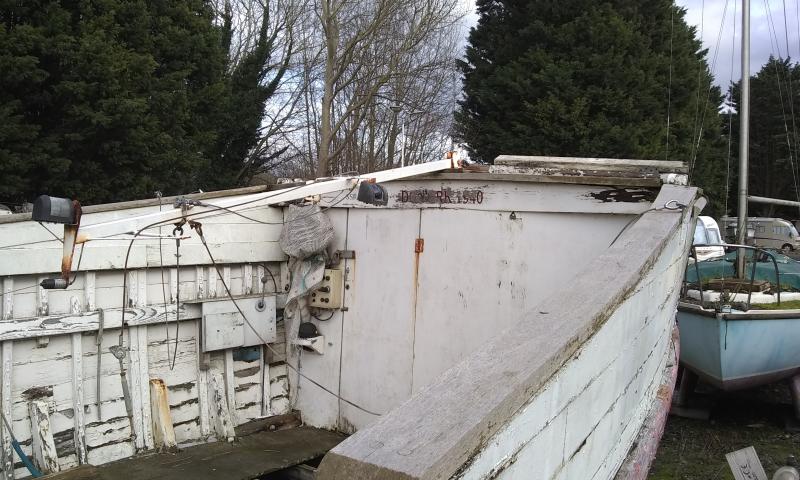 Built in 1926 by Short Brothers, Leicester, SOUTHERN QUEEN is an open passenger boat of oak construction with a Ford Barracuda Mk II. She has the capacity for 81 passengers. Prior to World War II she worked out of Folkestone and was commandeered by the Navy at the time of the Dunkirk evacuation, taking troops from the beach to larger ships anchored offshore. She then remained in naval service throughout the war. She returned to pleasure use at Folkestone and, in 1961, was registered to owner A.E. Bellingham of 51 Burrow Road. The following year, she was taken to the Isles of Scilly where she was used for inter-island services. Later owners in the Scillies were Frank Pender and Alec Hicks. She was beached and abandoned in 1995, then later towed back to Rye, East Sussex.

Update, July 2020: Reported to be in very bad condition at Mariner's Farm boatyard in Rainham, Kent

We are lacking informton on this vessel.  If you have any details past or present, please contact us. 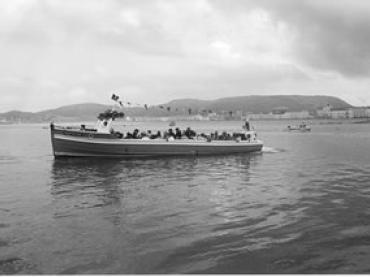