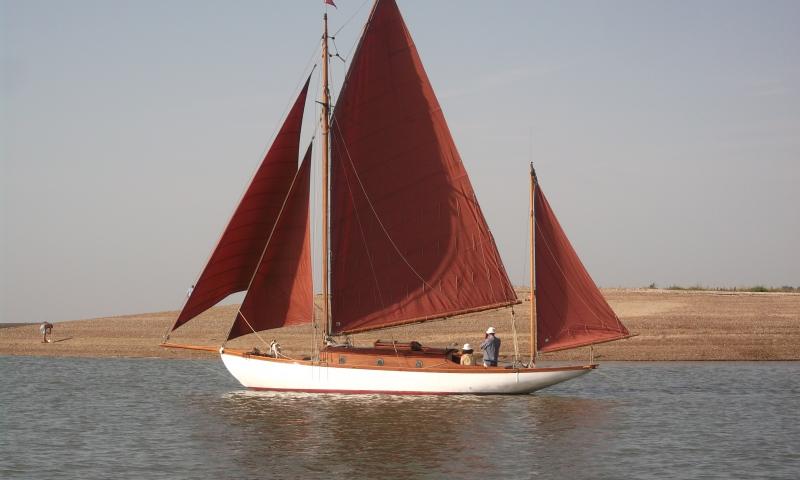 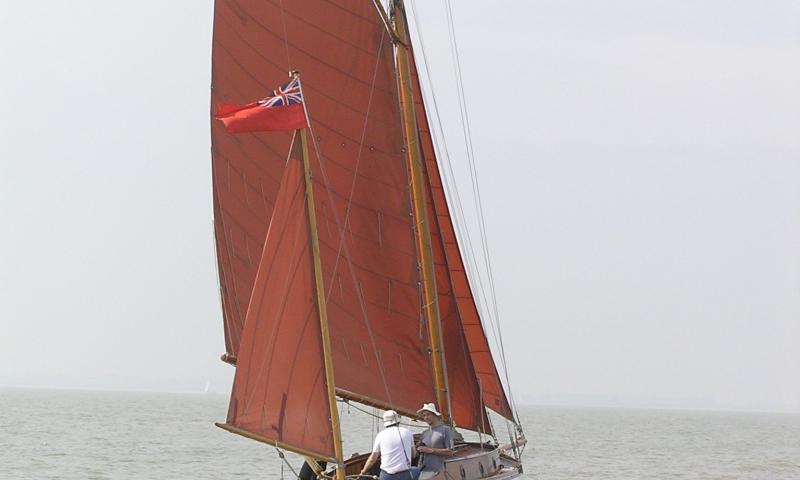 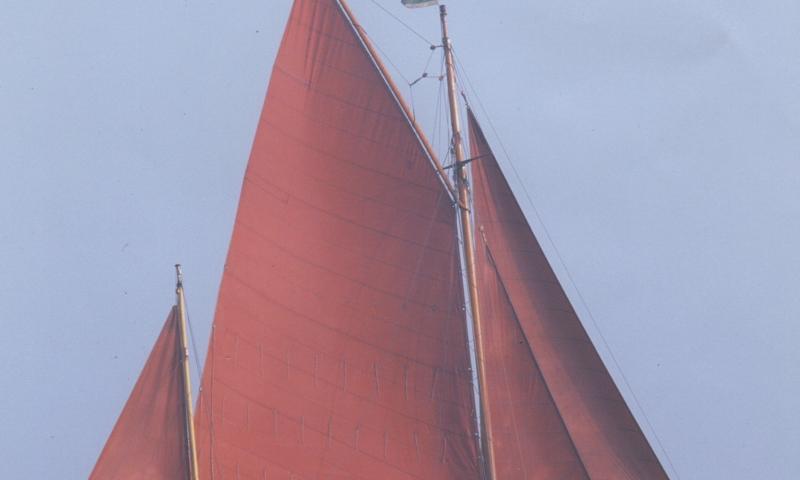 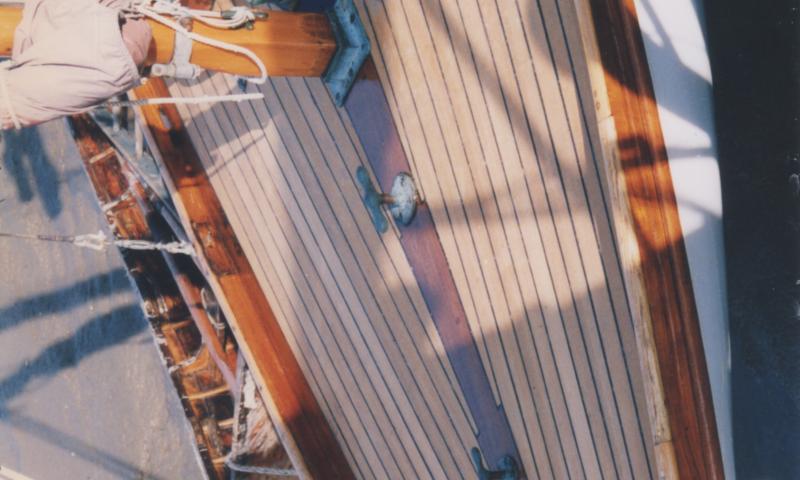 Built 1922. Her original engine was built by J.W. Brooke and changed early on for a Kelvin 2-cylinder sleeve-valve, petrol/paraffin motor. This was changed in the 1960s for a single-cylinder Sabb diesel, which was removed in the late 1990s, and she has since been sailed without an engine. The rig is unchanged except for the addition of a bowsprit and 2-headsail rig, and the removal of the counter-balanced mast-lowering arrangements in about 1935. The original tabernacle is still in place, but the long forehatch was changed so that there are now full-width deck beams between the mast tabernacle and the new (shorter) forehatch. Her commissioning owner, A.J.R.Lamb, sold her in 1924 due to ill health. He subsequently recovered and bought her back again in 1931. When he died, she was bought by the present owner's grandfather in 1934. So she has been in the same family now for 3 generations and 83 years. Always kept on the East Coast, she has sailed between Cowes in the west and Denmark in the north.