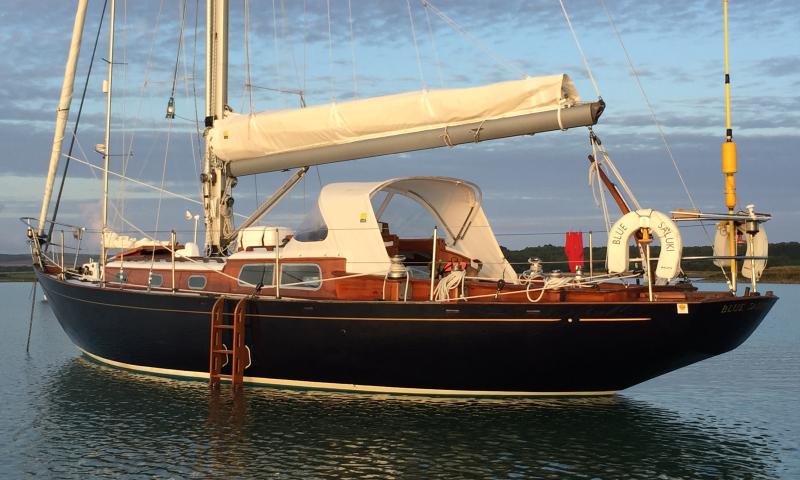 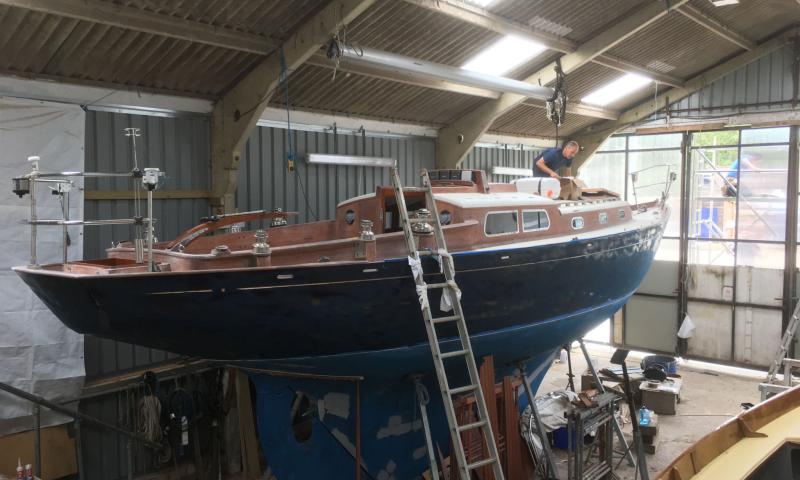 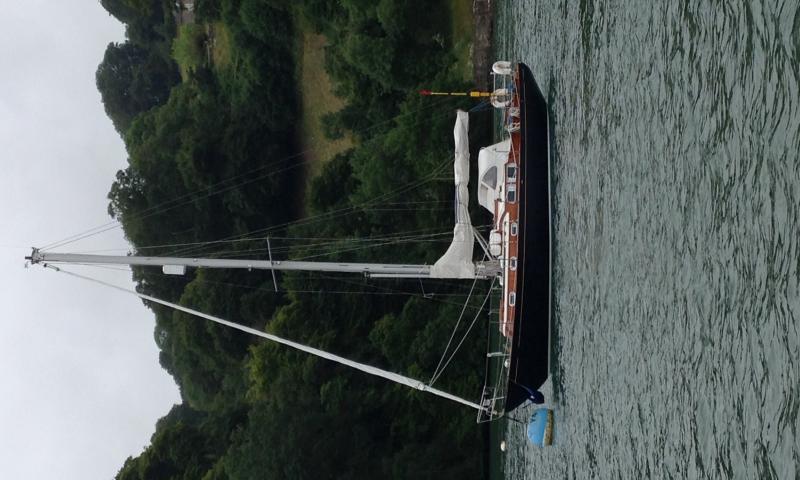 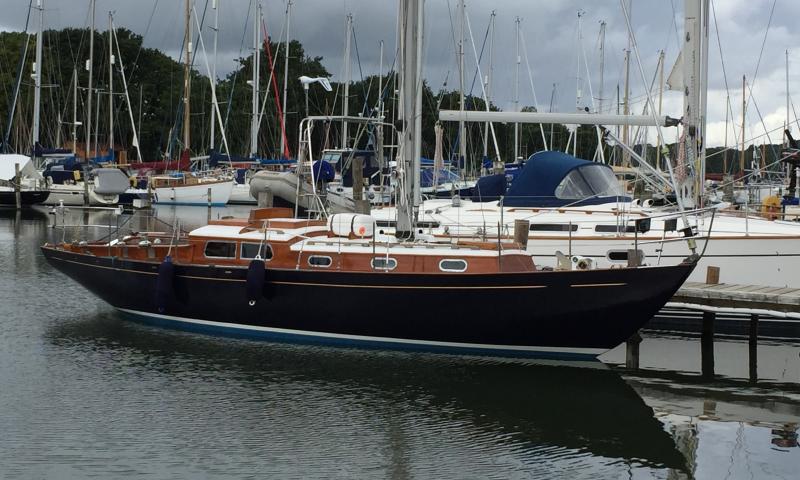 BLUE SALUKI was launched in 1964 by a syndicate of two, later three, owners. She took part in the first round Britain and Ireland race in 1966 and was the second monohull home and 8th overall in a race dominated by multihull vessels. She had a long career in RORC events well into the nineties, including three Fastnets. In 2002, she was purchased by the present owner and had a total rebuild up until 2005. All iron floors knees and hooks replaced with bronze, original teak on ply deck replaced with epoxy/glass covered ply. The centreline, majority of hull planking and all teak upper works are original.