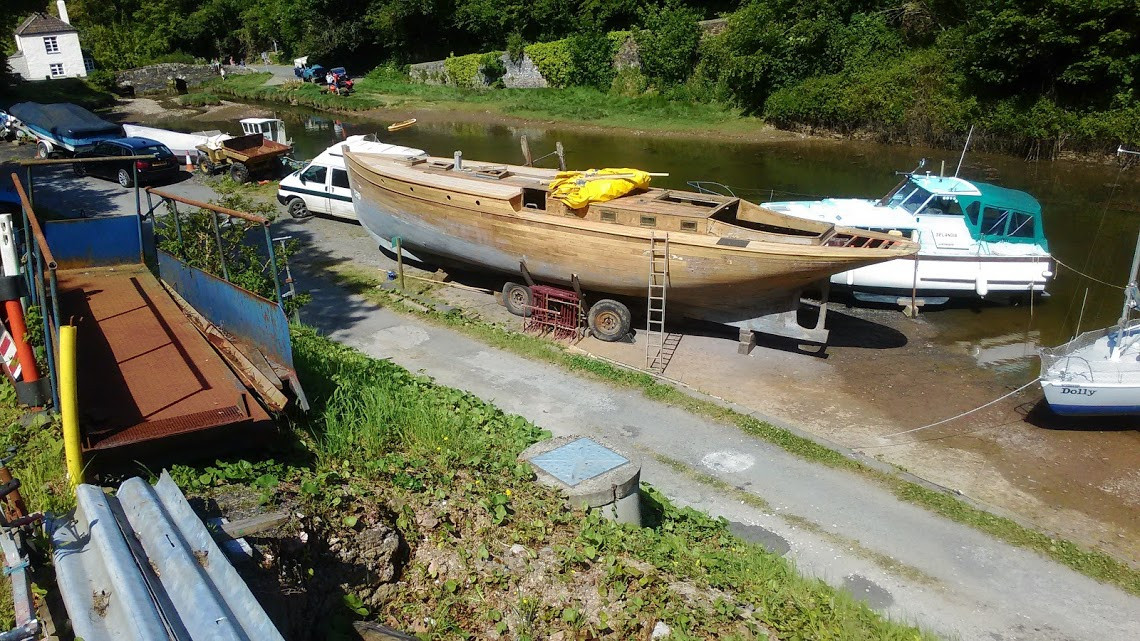 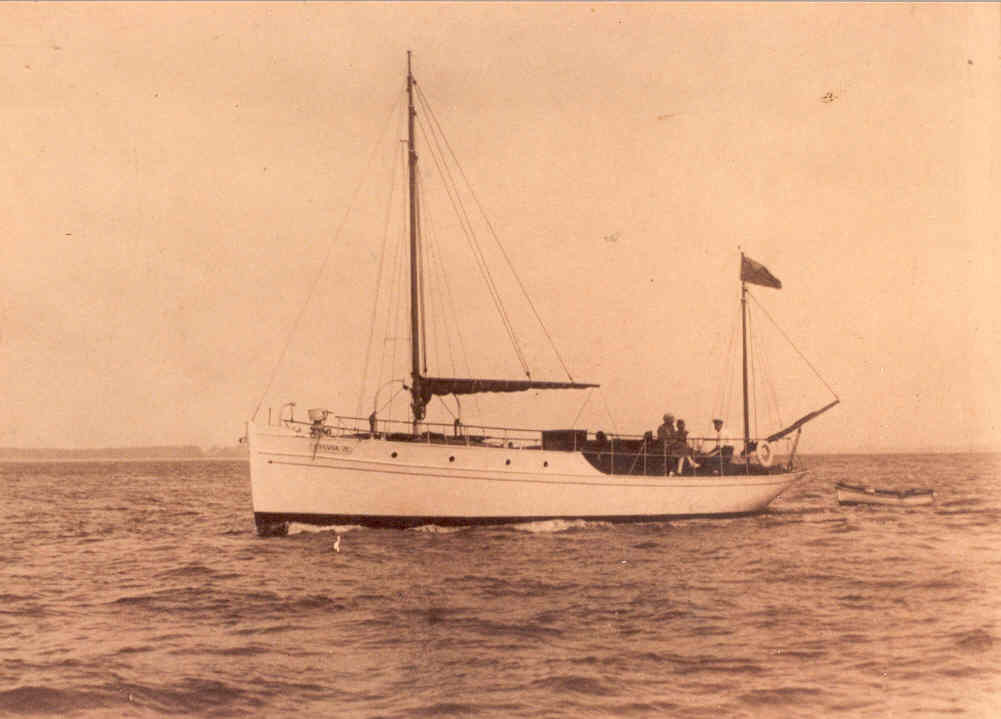 Sylvia 2 was built on the Itchen by Beazley and Kemp in 1915. She was called Sakkara at first but registered in 1922 as Sylvia 2. Her first owner, William John Dowding, passed her on to Edward Claude Maby in in 1924 who remained her owner until, in 1957, the Williams family of Weymouth bought her. "Pop" Williams lived on her at, and sailed her out of, Weymouth for the next 30 years but was persuaded to sell her on following a fall and a period in hospital - following which his family were reluctant to allow him to move back on board. Her current owner bought her from them in 1986 as an upgrade to accommodate our growing family; Having sailed her round to Dartmouth we pulled her up on a slip and began the necessary works. These included, at that time, replacement of half of her keelson and deepening of the keel, new garboards and 15 % of underwater hull planking, replacement and repair or sistering of about 75 % of her ribs, new floors and keel bolts and new engine beds.

There was then, for Sylvia, a gap of some 25 years, during which time she was mothballed. Work started on her again in December of 2018 and have since then completed repairs to both hull and deck; it is planned that she will return to the water within the next couple of months. Her original fittings and interior  are still owned  the restoration will take her back to her original spec other than the installation of a new engine - type yet to be decided. 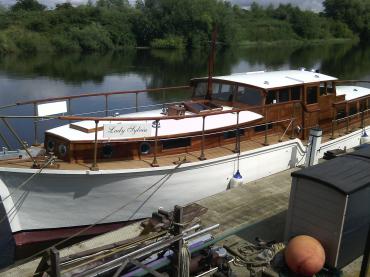