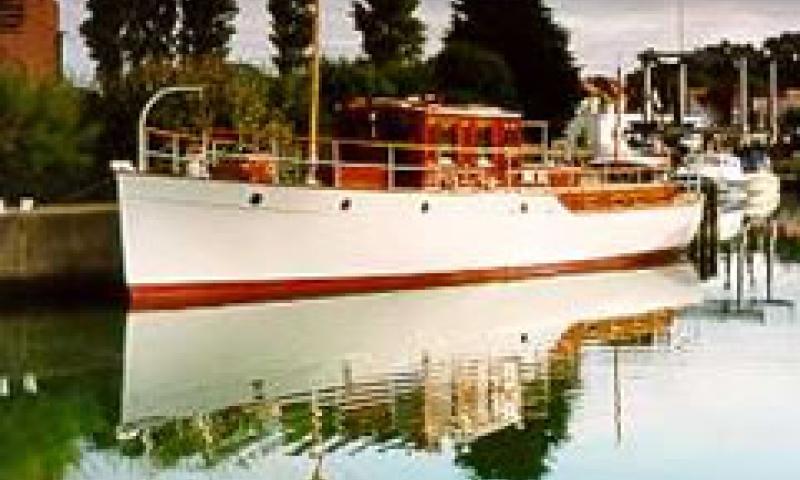 Built in 1925 by Camper & Nicholson, SIGRID is a motor yacht. Her hull is mahogany and is of carvel construction. Former names between 1948 and 1991 were SIGRID and LONG LAST. SIGRID OF CHELSEA is a classic cruise boat of the mid 1920s with the general lines and design of that era. She was requisitioned by the Admiralty during the Second World War and used by the Royal Navy in a variety of duties. In 1991, she underwent a complete restoration to her original layout and style.