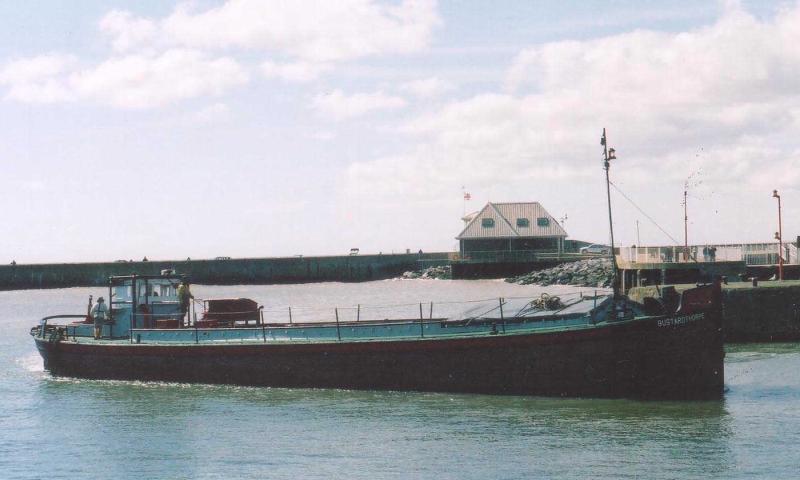 BUSTARDTHORPE is a steel lighter built in 1914 by J. S. Watson of Gainsborough. She was based on the River Humber and traded throughout all the Humber ports and as far inland as Nottingham, Leeds and York. Her main trade was from Hull to York with cocoa beans for Rowntrees. She was owned by David Hornshaw of Goole from 1969 to 1991 and, at the time of purchase, she was powered by a Lister JP6 engine; this was replaced in 1988 by a Gardner 6LXB. In 1991, she was sold to Colt Industrial Services of Hull and converted to a tanker for recovering slops and waste oil from sea going vessels using the Humber ports. Having retired from a busy working life, she is now based on the Thames at Abingdon.