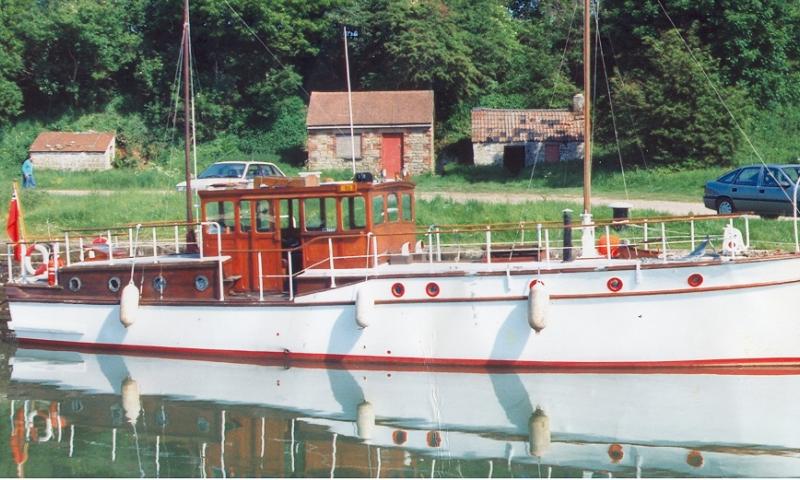 BETH is a ketch rigged motor yacht, built by Cox & King at Wivenhoe in 1919. She was registered in London and her official number was 165643. Her hull is carvel built of pitch pine on oak and clench fastened, with a teak wheelhouse. She has a pointed bow with a plumb straight stem and a transom stern. Her current engine is a BMC Seamaster diesel, with six cylinders, made in approximately 1964. She is believed to have been used by the Royal Navy as a sailing trawler, but was decommissioned in 1926 and sold into private ownership. In the Second World War, she was requisitioned again and served in the Western Approaches and Swansea Waters. After the war, she re-entered private ownership. 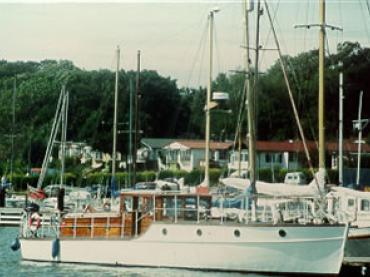 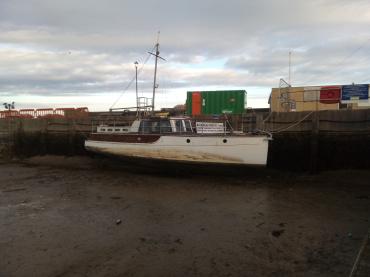 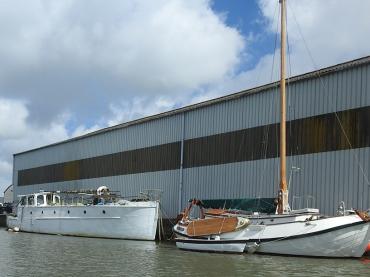