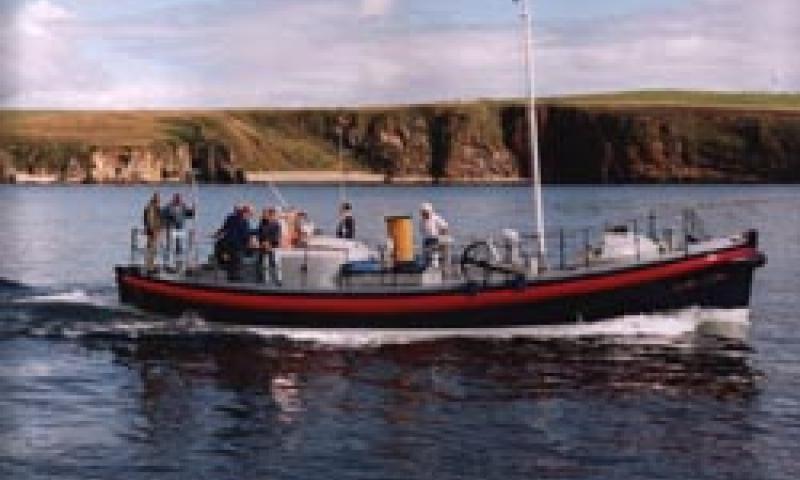 THOMAS MCCUNN is a Watson lifeboat, built by Groves & Gutteridge of Cowes in 1932 as yard number 182 and registered at Lowestoft. Her build cost £7120 and was financed through a legacy made to the R.N.L.I by Mr. W. McCunn. She operated under lifeboat number 759 until she was sold out of service in 1971. Her hull is wooden and originally she would have had twin Weyburn petrol engines. These were replaced in 1973 with two Mermaid diesels. During her years of service based at Longhope, THOMAS MCCUNN was launched 101 times and saved 308 lives. Her first coxswain was William Dass who remained with the boat until 1946, when he was replaced by Alfred Johnston, who in turn stayed at his post until 1954. Dan Kirkpatrick succeded him and was awarded a silver medal for the rescue of fourteen men from the trawler STRATHCOE on 4 February 1959. After being decommissioned in 1972, she became known as the PENTLAND SPEIR. She was based at Walton for a time and then moved to Hayling Island in the 1990s. In 2000, she was bought from Mr. Peter Roberts of Midhurst for one pound and was sailed back to Longhope. She is now completely seaworthy and, although a museum boat, is available for film and television use and can be launched as required. In March 2007 her current owners reported her in excellent condition, retaining 95% originality.