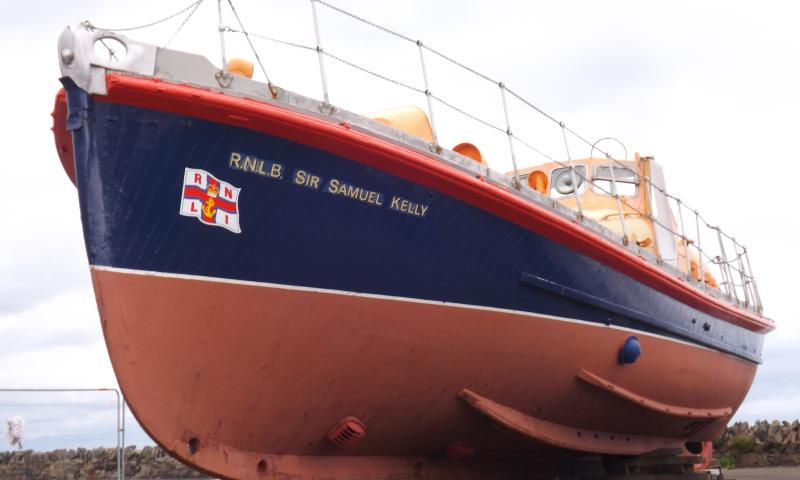 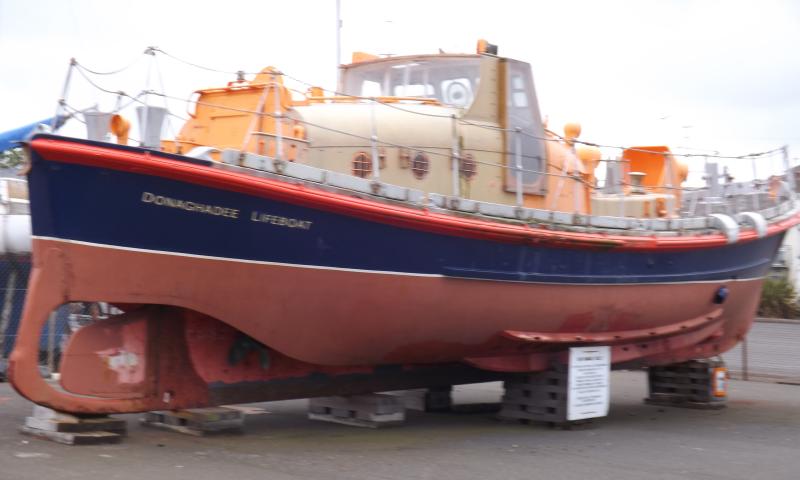 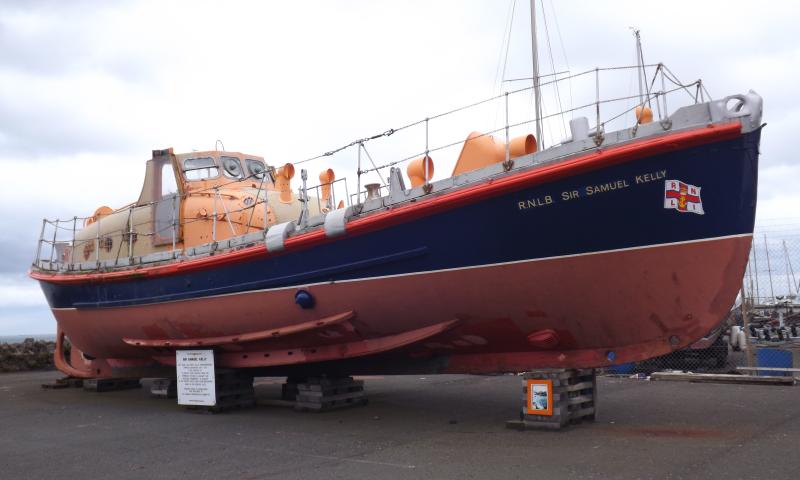 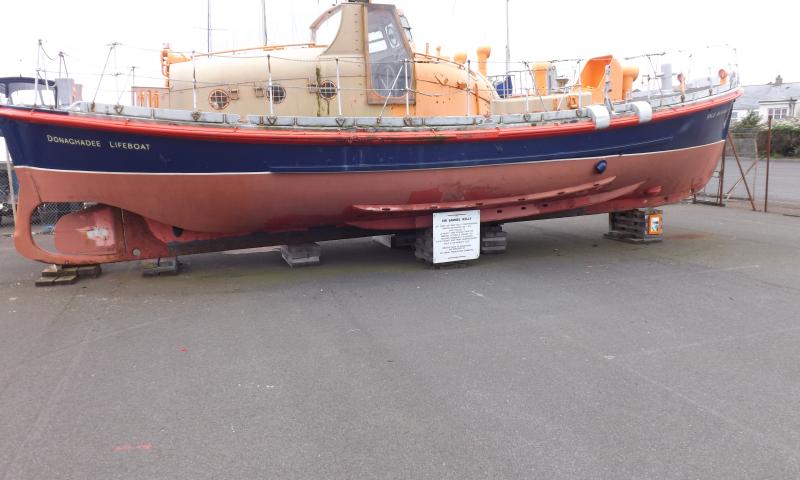 SIR SAMUEL KELLY was built in 1950 by J. Samuel White & Co. Ltd., at Cowes, Isle of Wight. On station at Donaghadee, Co. Down, from 1951 until 1976, she was part of RNLI Reserve Fleet until 1979, when the vessel was retired and purchased by the Ulster Folk and Transport Museum.

On 31 January 1953 the cross channel ferry MV Princess Victoria foundered in storm force conditions approximately 8.5 miles NE of Donaghadee. The SIR SAMUEL KELLY proceeded to the area and picked up 33 of the 44 survivors of the disaster. The lifeboat has naturally a special link to the local community as it was of course crewed by members of local seafaring families.

In August 1979, whilst stationed at Courtmacsherry in West Cork, SIR SAMUEL KELLY was involved in the rescue of yachts in the Fastnet Race Disaster spending many hours on service, again in stormforce conditions. The RNLI retired the vessel by the end of 1979.

The vessel is understood to have been updated in 1969, when she was re-engined, fitted with self-righting air bags and had the deck house paintwork changed from grey to orange. The vessel has been stored ashore in the open since 1979, initially at the Museum and since approximately 1987, at Donaghadee. Conservation work has been limited to external painting only and is requiring restoration within a covered location.

With the exception of new engines fitted in 1969, together with modifications to the wheelhouse, SIR SAMUEL KELLY's structure is believed to be original.

In 2017 the Donaghadee Heritage Preservation Company secured the transfer of the vessel into its ownership from the National Museums Northern Ireland (NMNI) and are planning to undertake a full restoration and construct a Heritage Centre to house the vessel.